Eddie Jones: Referees to blame for stifling speed of the game

Hill's three reasons to celebrate Next
Back
Six Nations

Eddie Jones: Referees to blame for stifling speed of the game

Eddie Jones is calling for referees to help Six Nations champions England develop their attacking game in the Autumn Nations tournament by cracking down on players stopping a contest for the ball at the break down.

Despite winning a third Six Nations title in five years, Jones is restless for change and has referees in his sights heading towards the Autumn tests that see England face Georgia, Wales and Ireland. He explained: “We want to play England rugby which is about set-piece and defence and we are looking to add to that and how quickly we can do that depends on the players coming through and the ability of our players to adapt.

“We are always looking to get better specifically and there are some ideas floating about. One of the things that has been paramount in rugby since the cornona(virus) situation has been transitional play going from attack to defence and defence to attack and we really haven’t seen that in the Six Nations because of the way the referees have interpreted the tackle.

“They are allowing attacking players to flop onto the ball consistently which you get back to that mid-paced game we have seen a lot of hard to get fast ball. The more you allow a contest the more chance to get quick ball and I know it sounds like a contradiction but that is how the game works.

“I prepared the team poorly for France (in the Six Nations) and that has been well documented at the start and the players’ approach to the rest of the tournament has been outstanding. They got on with the job and not looked for any excuses regardless of what has happened and played good tough, hard rugby to win the Six Nations. It is probably one of the toughest competitions in the world to win because it is such a competitive, physical contest and you have got to be at your best in every game.”

England received their trophy at their training base in London today having flown back from Rome where their 34-5 win was enough to take the title on points difference. Jones is acutely aware of the impending lockdown in England and how lucky his players are to still be allowed to take part in test rugby. 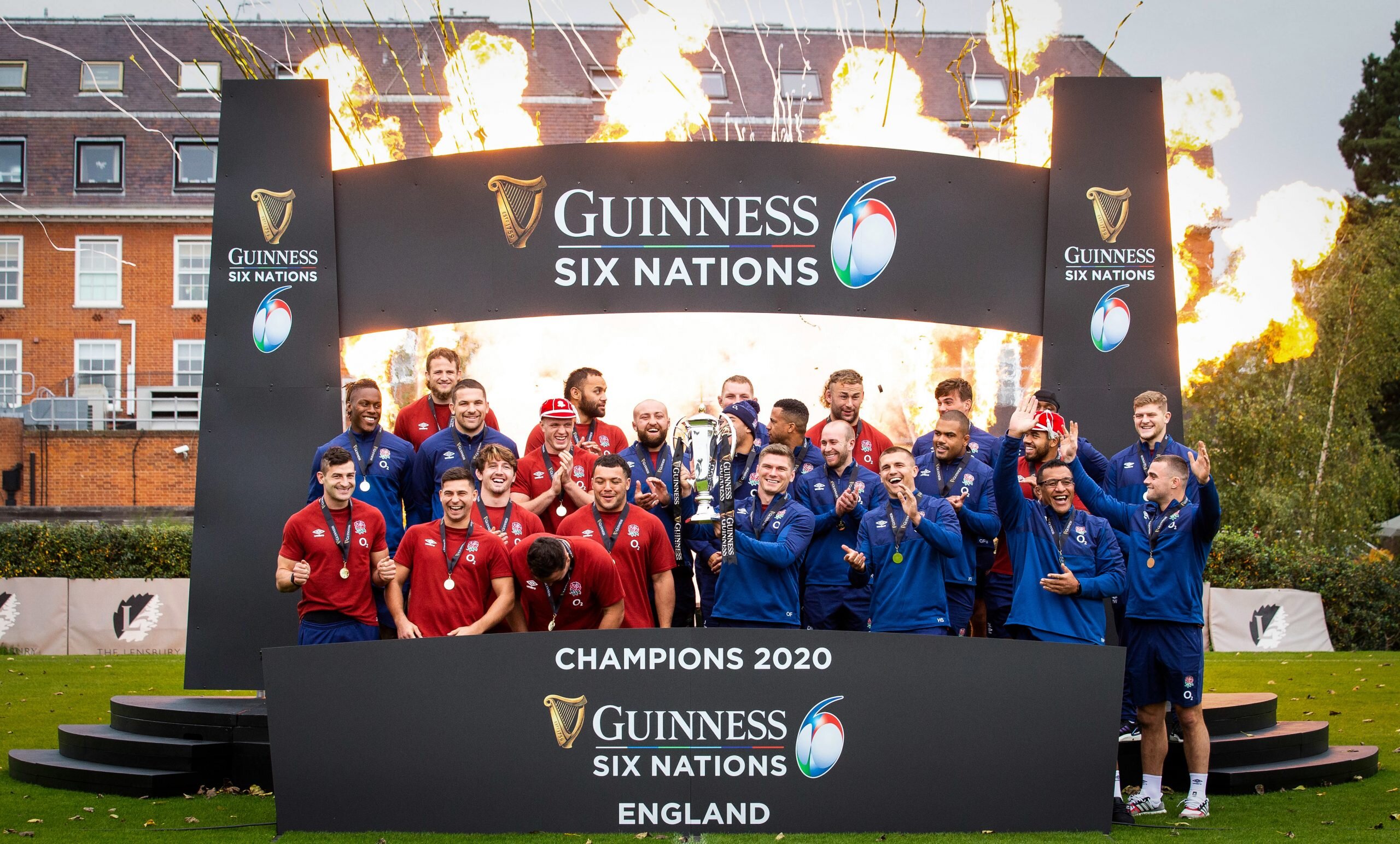 Jones said: “All of our players and staff are aware of their responsibilities and the next week we are giving the guys a bit of a break and then come in for the Georgia preparation and we have to be cognitive of the fact that everyone is looking at what we are doing. We have to be so gracious for the opportunity we have got and we are so lucky to be able to play international rugby when countries are in lockdown around Europe.

“We understand that responsibility and we will try to put smiles on peoples faces. We had the trophy presentation at the Lensbury after we came back from Rome and it was fantastic. The players walked to the stage, there were fireworks and Owen Farrell got to be Bill Beaumont ( chairman World Rugby) and put the medals around the players. The players enjoyed that solitary moment and then we are back to business.”