Dan Biggar kicked 20 points to steer Northampton to an impressive 25-14 victory over Lyon in their Heineken Champions Cup opener at Franklin’s Gardens.

Back from World Cup duties for Wales, it was Biggar’s first appearance for Saints this season and his six penalties and the conversion of Rory Hutchinson’s try helped his side to a hard-fought success.

Replacement Thibaut Regard scored two tries for Lyon, both of which Jonathan Wisniewski converted.

This season, Lyon have won eight of the opening nine league games to lead the Top 14 but they were no match for the home side, who also saw England World Cup squad members Courtney Lawes, Piers Francis and Lewis Ludlam return to the fray.

Biggar gave Saints a fourth-minute lead with a straightforward penalty after a superb defence-splitting run from number eight Teimana Harrison had caused Lyon to infringe.

The visitors’ offending continued as they struggled to contain Northampton’s explosive start and it was no surprise when they fell further behind to a second Biggar penalty.

Saints’ only try came after 19 minutes when they secured a platform in the French 22 after Cobus Reinach was tackled in the air. 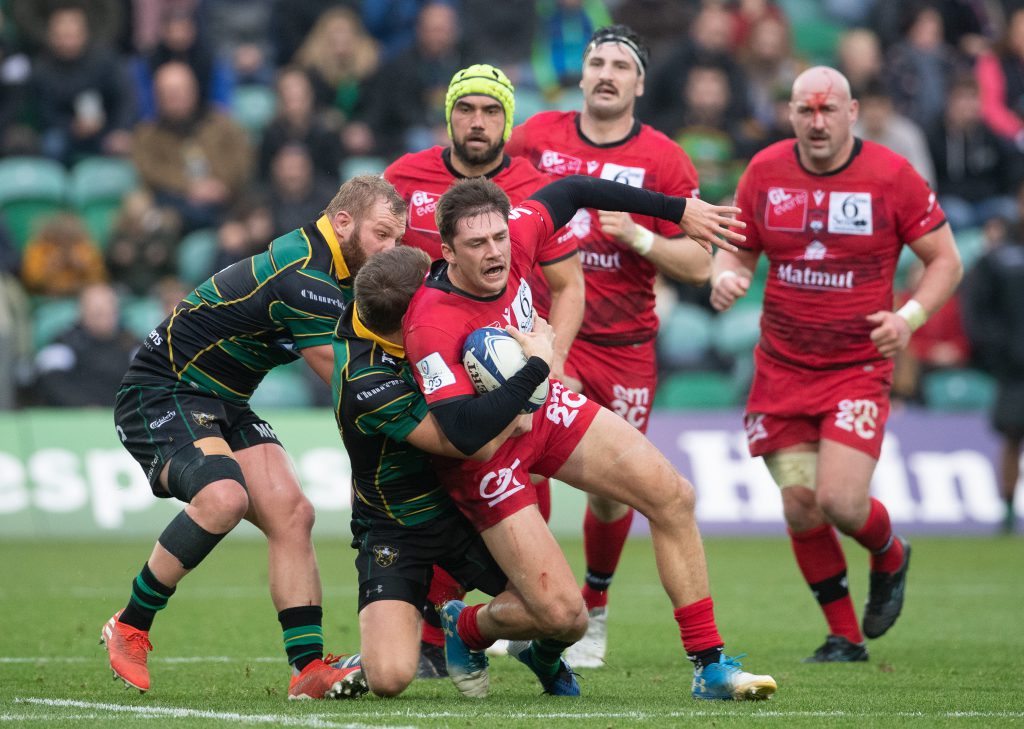 From the line-out, Northampton retained possession for the elusive Hutchinson to slip attempted tackles from three defenders to score.

Biggar’s conversion gave his side a 13-0 lead at the end of a one-sided first quarter but minutes later Lyon ought to have opened their account but three-quarters Charlie Ngatai and Joshua Tuisova made a hash of a golden scoring opportunity. 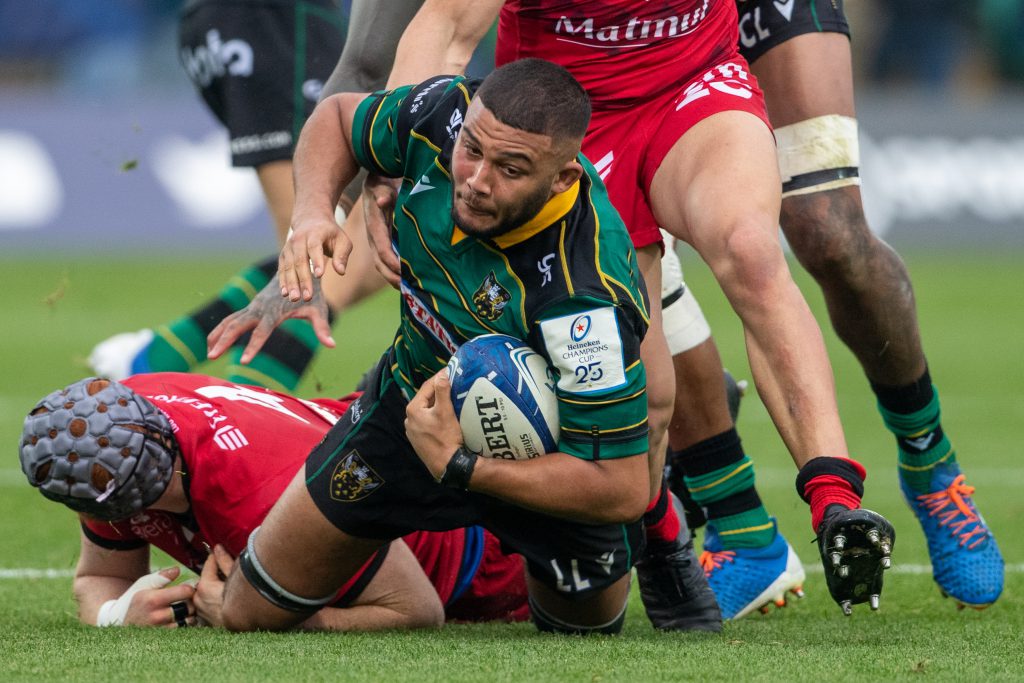 That miss was typical of Lyon’s first-half efforts as they made a whole host of unforced errors with their cause not being helped by the loss of Jonathan Pelissie and Pierre-Louis Barassi through injury.

Northampton made them pay for their profligacy with Biggar firing over two penalties in quick succession to give his side a 19-0 half-time advantage.

At the interval, Saints lost Francis through injury with Matt Proctor coming on for his debut but it did not stop their impetus as Biggar soon knocked over another kick.

The French team suffered another injury blow when wing Tuisova hobbled off before they made three further substitutions simultaneously in an attempt to reverse their fortunes.

It paid dividends as the Lyon pack became increasingly dominant and after Harrison was sin-binned, they came onto the scoreboard with a 60th-minute try from Regard.

Saints brought on 108-times capped All Black prop Owen Franks for his debut before Biggar succeeded with his sixth penalty to seal victory.

Harrison returned from the bin but the second half belonged to Lyon and they were rewarded with a second try from Regard.

The game in pictures: 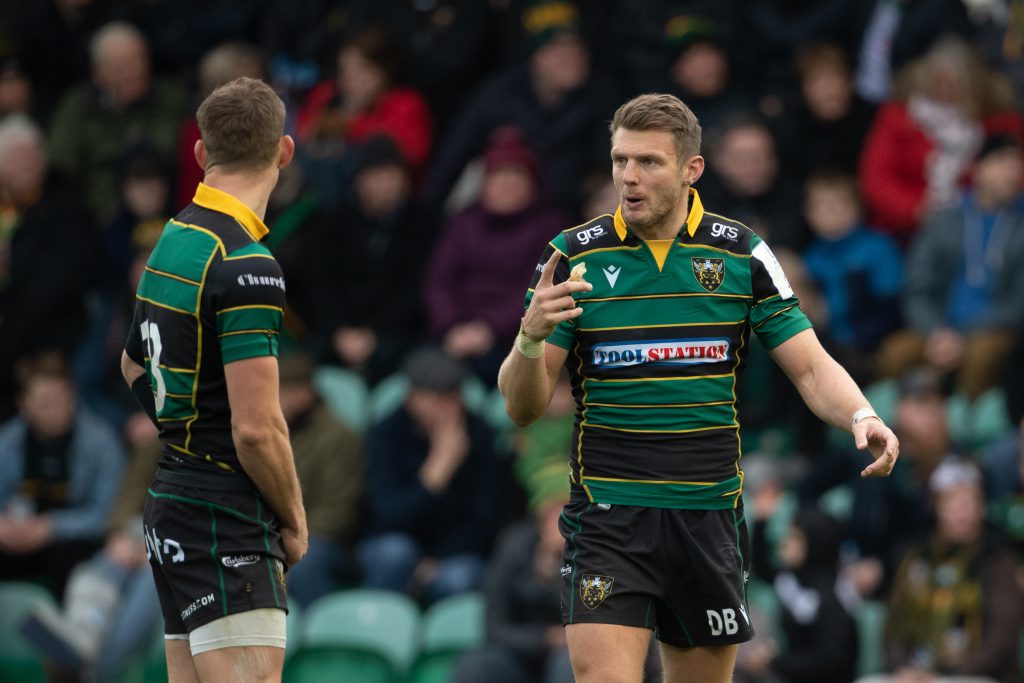 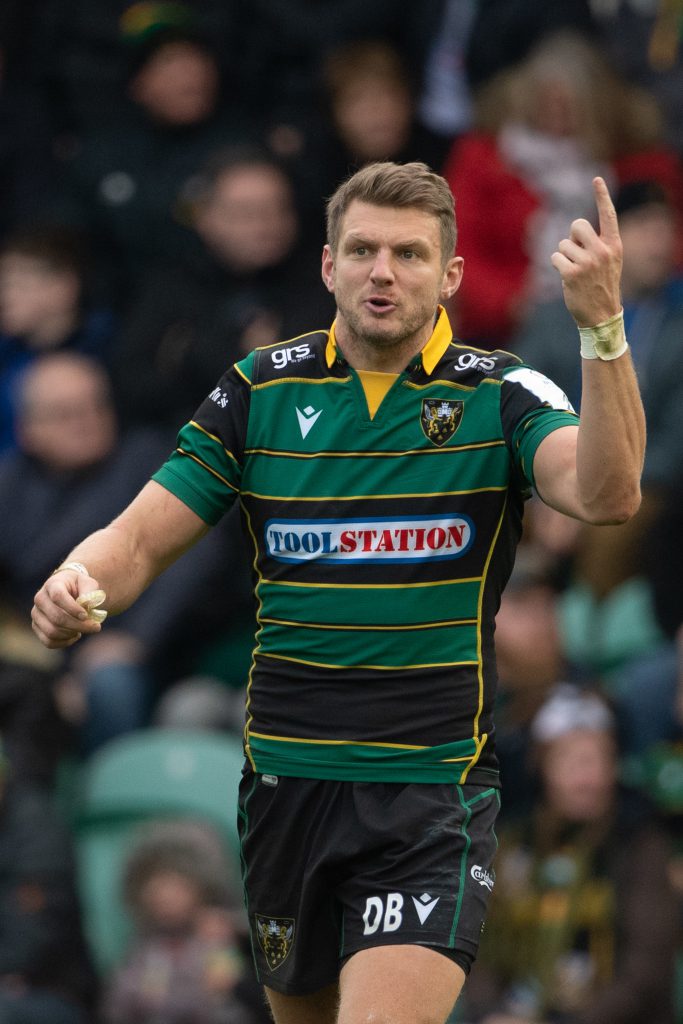 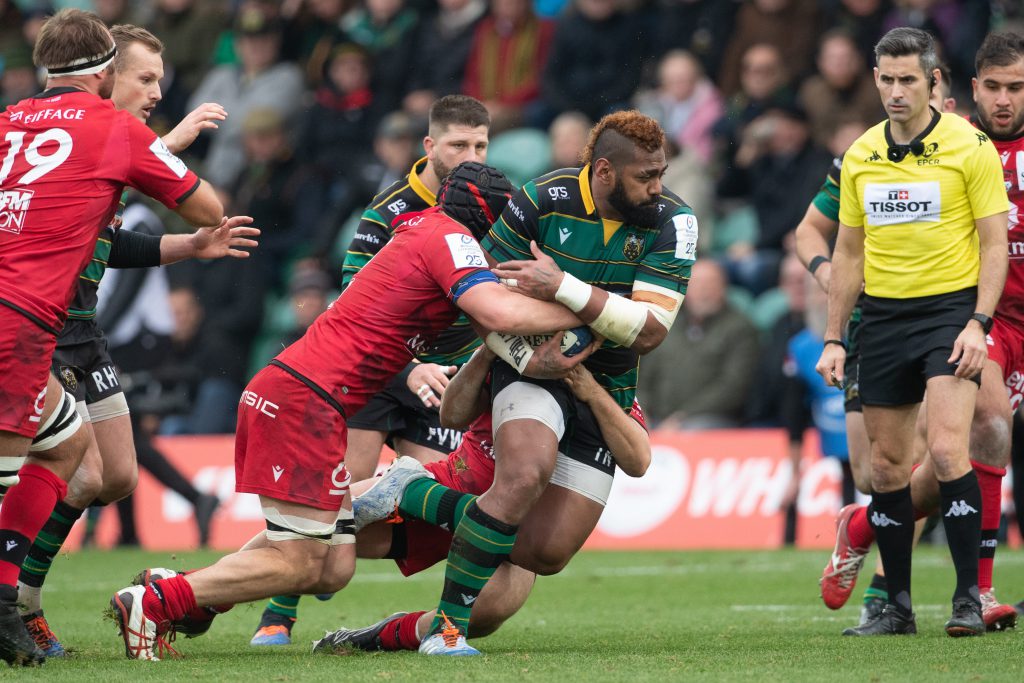 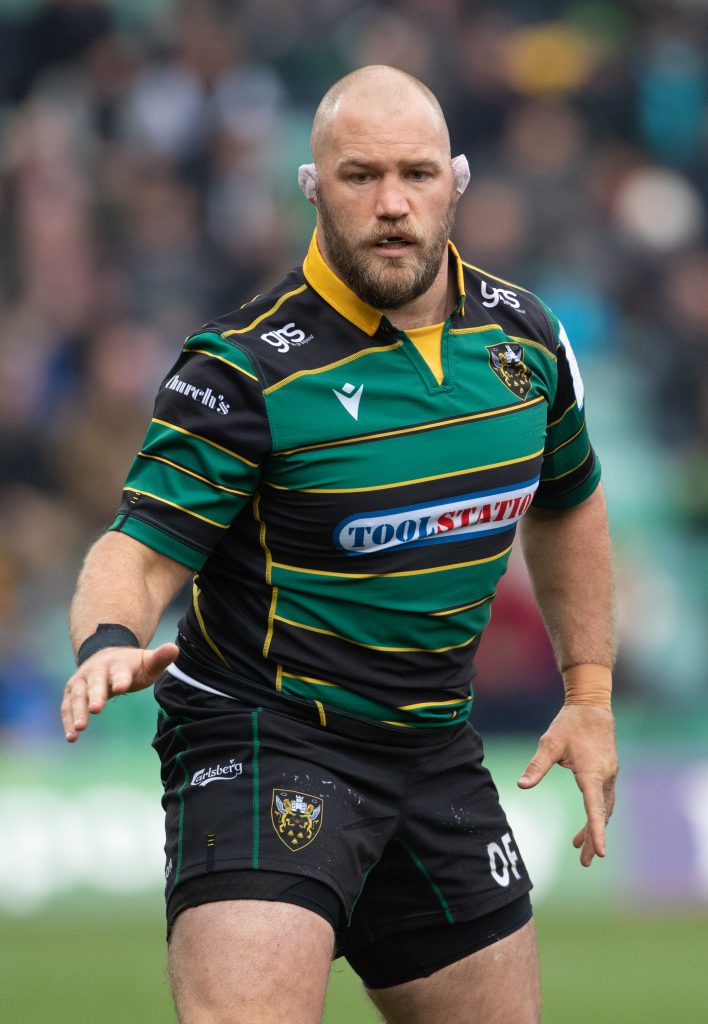 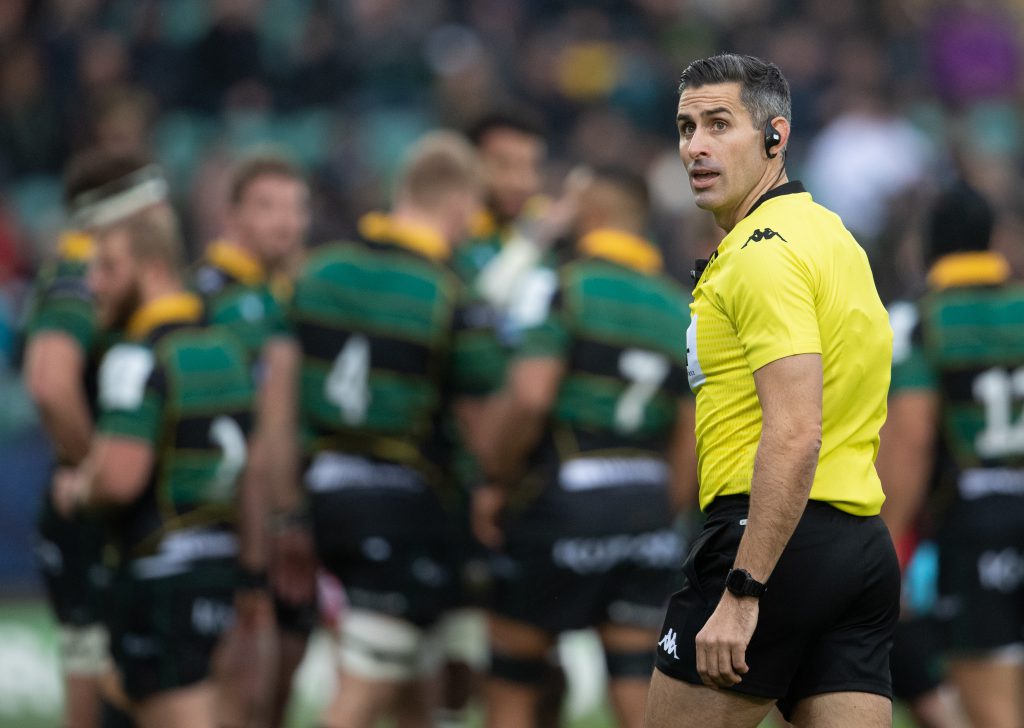 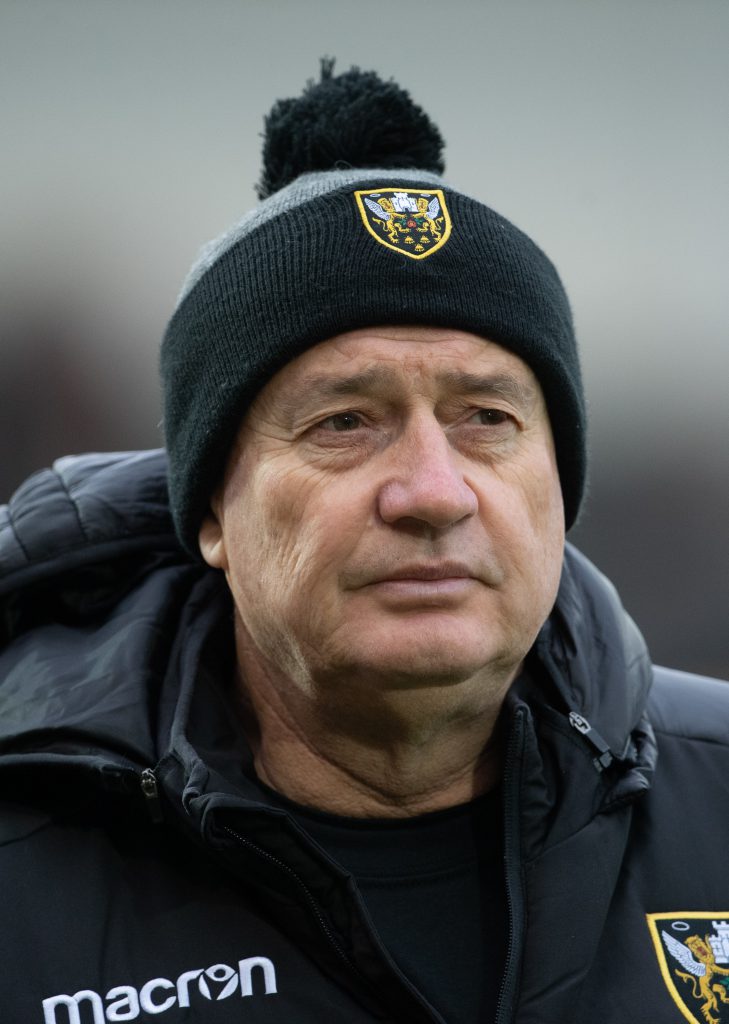 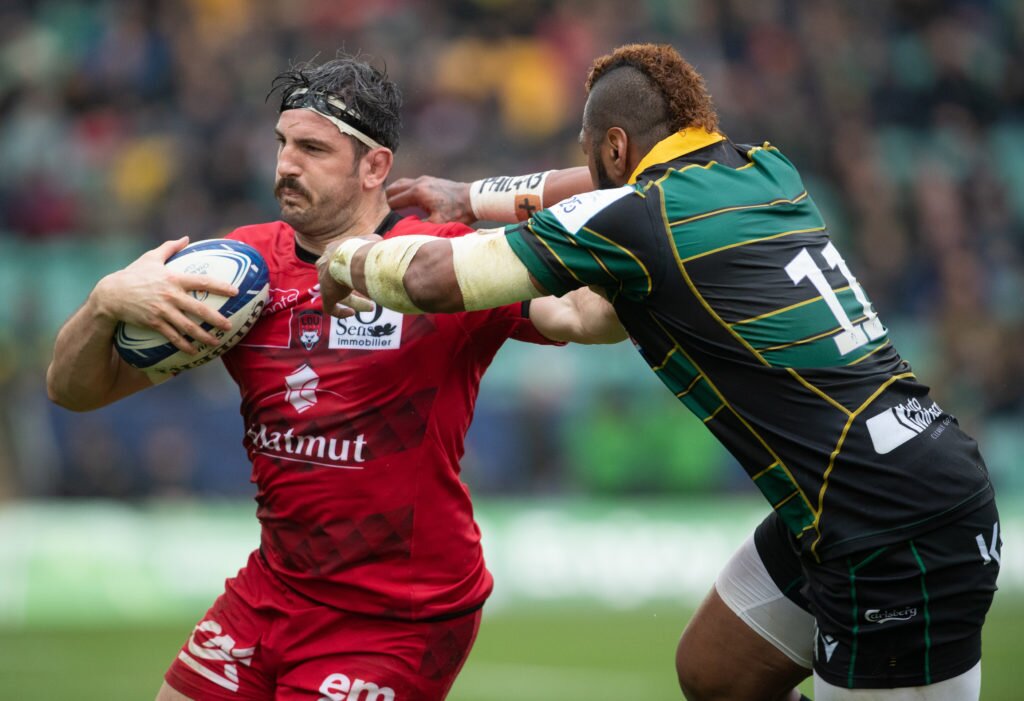 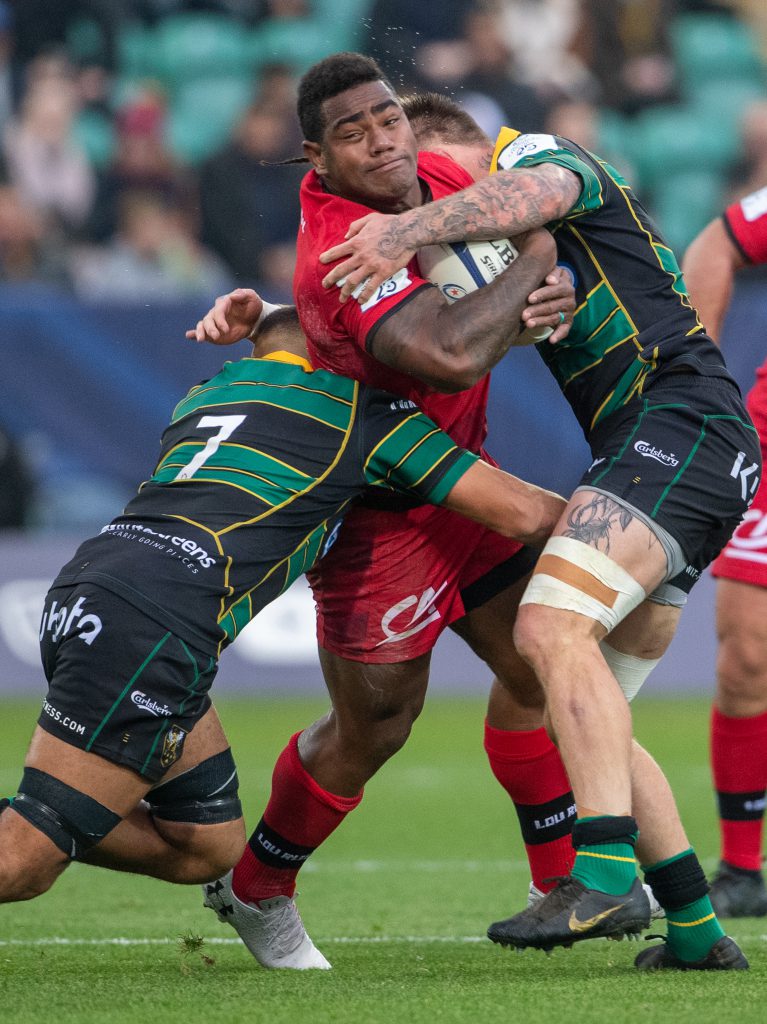 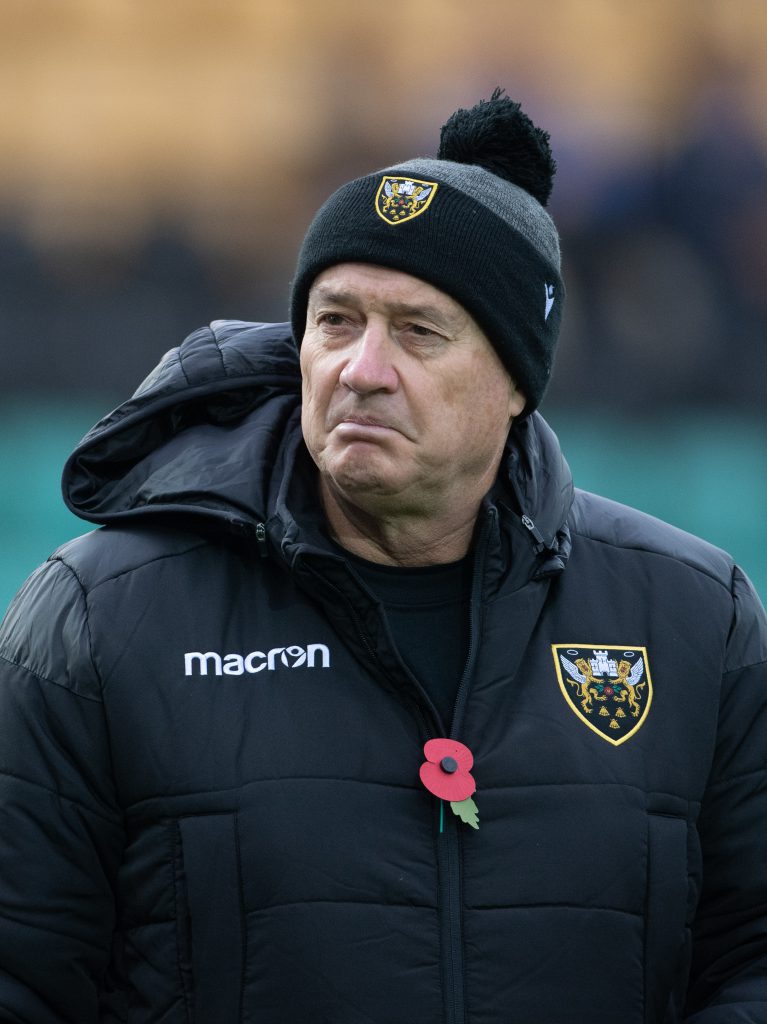 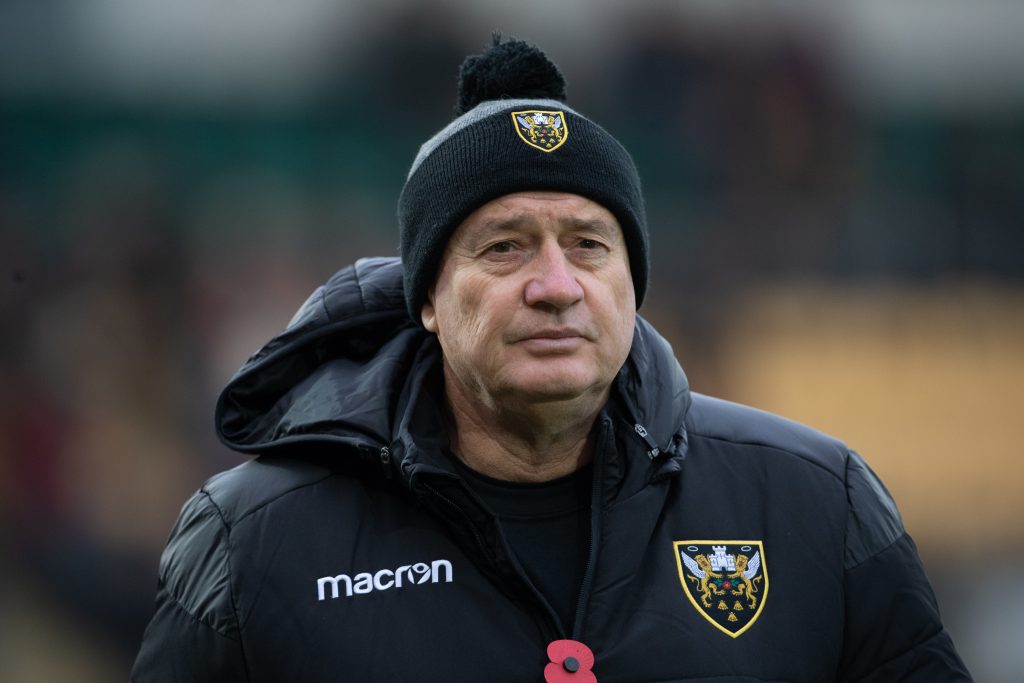