Luatua stars in Bristol win Next
Back
Gallagher Premiership

Exeter bounced back from the outbreak of coronavirus that had swept through Sandy Park to maintain their perfect start to their Gallagher Premiership title defence with a 28-20 victory over Gloucester.

The disruption caused by the spread of Covid-19, forcing the cancellation of their Champions Cup match against Toulouse a week earlier, was evident in a laboured first half.

But inspired by the Simmonds brothers, the double winners ignited to deliver a fourth-successive bonus-point victory and equal the previous best start to a season registered by Saracens in 2018-19.

Jacob Umaga on why chose England and more:

Number eight Sam Simmonds lifted his try tally for the Premiership campaign to eight with a pair of touchdowns that underpinned the second-half surge, but his brother Joe Simmonds was equally influential at fly-half.

Joe Simmonds completed all four conversions to finish with eight points and the Chiefs captain also went desperately close to scoring a try.

A lively crowd of 2,000 fans also saw Jonny Gray and Ollie Devoto cross either side of the interval as Exeter established a clear lead at the summit of the Premiership.

Gloucester’s finest moments were inspired by replacement scrum-half Tony Venner, whose league debut in the second half brought with it urgency in attack, but they also dominated the start. 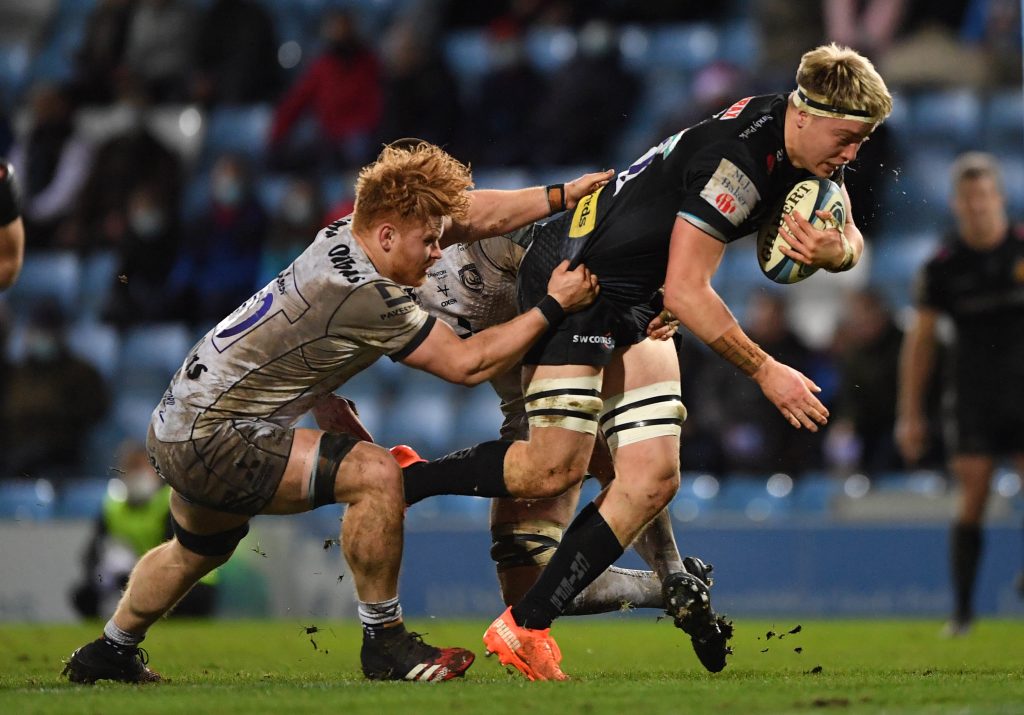 Early celebrations at their maul driving over the whitewash were muted when it was decided they had been held up over the line, but the pressure continued and Lloyd Evans was able to landed a penalty.

Exeter spent most of the opening quarter in their own half as they weathered an audacious onslaught that almost produced a try for hooker Jack Singleton as he galloped on to Evans’ crossfield kick only to be stopped short of the whitewash.

A high error count and poor decision-making contributed to the Chiefs’ difficult start, but Gloucester were also magnificent as they continued to press with a forward-led assault. 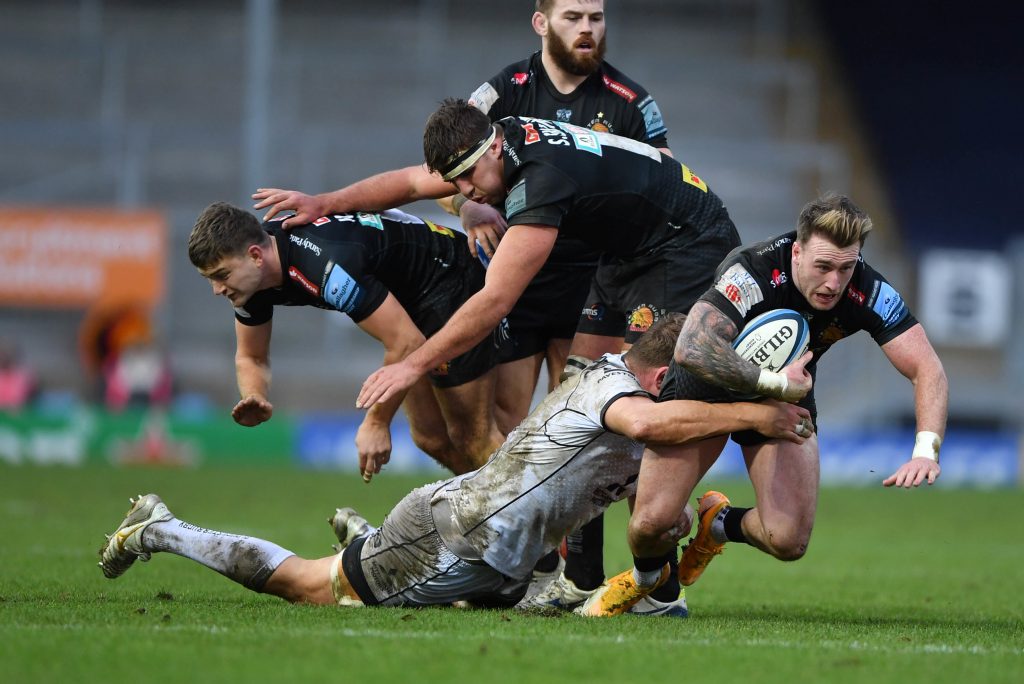 Eventually Exeter escaped their half, however, and – having opted for touch instead of goal – they spent a sustained spell probing the visitors’ line with Luke Cowan-Dickie their hardest-working carrier.

Gloucester defended manfully but when they poured around the edges of one ruck, once Gray had picked up the ball, they failed to knock over the Scotland lock and with a big hole in front of him, he powered over.

Evans kicked his second penalty to narrow Exeter’s half-time lead to 7-6 but the double winners emerged from the break with more purpose and they were immediately on to the front foot with Joe Simmonds just knocking on as he slid over the line. 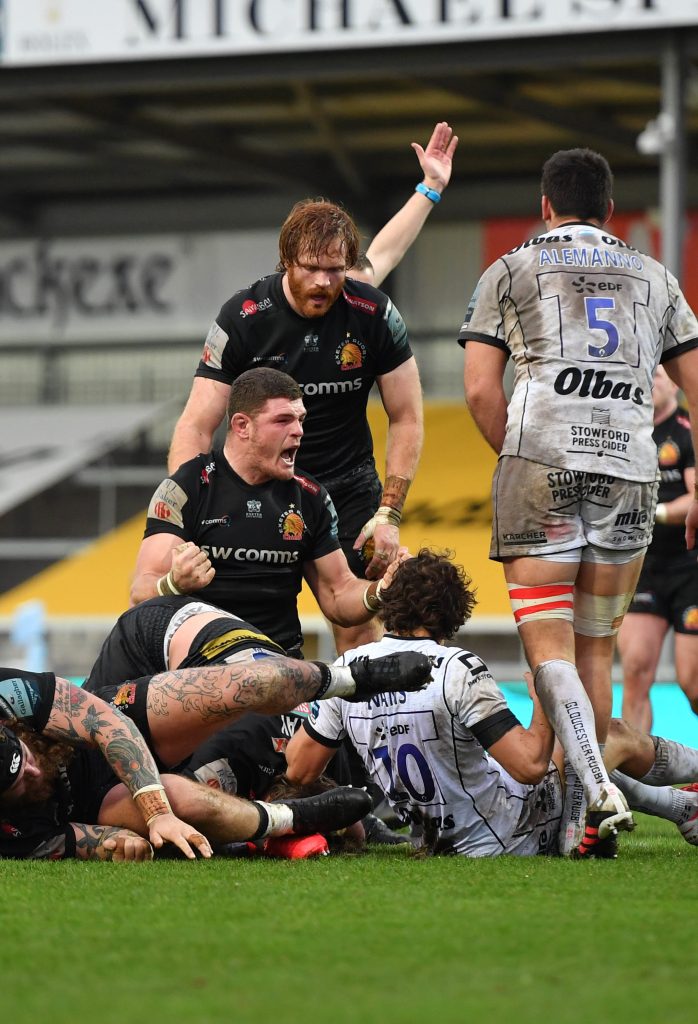 Simmonds was the provider when the Chiefs did engineer their second try shortly after, his sharp pass to Devoto exposing out-of-position centre Chris Harris for a simple run in.

Gloucester’s resistance was clearly crumbling as they accommodated an easy third and Exeter will have scored few simpler mauling tries as their line-out drive met little opposition before Sam Simmonds touched down for the seventh time this season.

Stung into action, the visitors hit back with a purple patch inspired by Venner. One jet heeled run down the touchline left the Chiefs for dead and later in the same spell, he was in support to finish a try that was created by Mark Atkinson’s clever pass in midfield.

Any doubt over the outcome was quickly extinguished, however, as Sam Simmonds drove over from close range.

The exuberant Venner claimed his second with another predatory finish but there was a gasp of disbelief when Evans missed a simple last-gasp penalty that would have secured a losing bonus point.