Sale director of rugby Alex Sanderson was left with mixed emotions after he oversaw yet another victory in his side’s quest for a Gallagher Premiership play-off spot.

The Greater Manchester outfit strengthened their position in the top-four thanks to a 26-10 triumph over Leicester, but they were left frustrated by further discipline issues.

Two more yellow cards, this time for Jean-Luc Du Preez and Luke James, almost let the visitors back into the game before Marland Yarde sealed the win late on.

The Sharks are now second in the table but Sanderson admits that they still need to eradicate a few of their needless errors.

“I should be (happy), you should be happy with every win and I am with certain aspects of it,” he said. “We had five guys who were 20 years old that finished in that pack, five guys that were dominating, which is exciting.

“Getting any win, you should appreciate and enjoy. The fight, the determination, the physicality – the lads are proud Leicester never crossed the whitewash.

“But I’ve got to enjoy that win, understand why it was good and then we’ll have a look at what we can improve on Sunday.”

Sanderson also feels that his side continue to go under the radar, while players such as fly-half AJ MacGinty, who guided Sale to the win, perhaps do not get the credit they deserve.

Have Billy's words come back to haunt him?https://t.co/t3zVP27YAy

He added: “(AJ’s) brilliant isn’t he? But that’s not the first occurrence. If anyone’s been down here and watched him play, he’s got a few man of the match’s and he’s been somewhat miraculous.

“He feels like he’s in a good place, he feels he can be himself when he comes into training and maybe that’s transferring into how he’s playing the game. 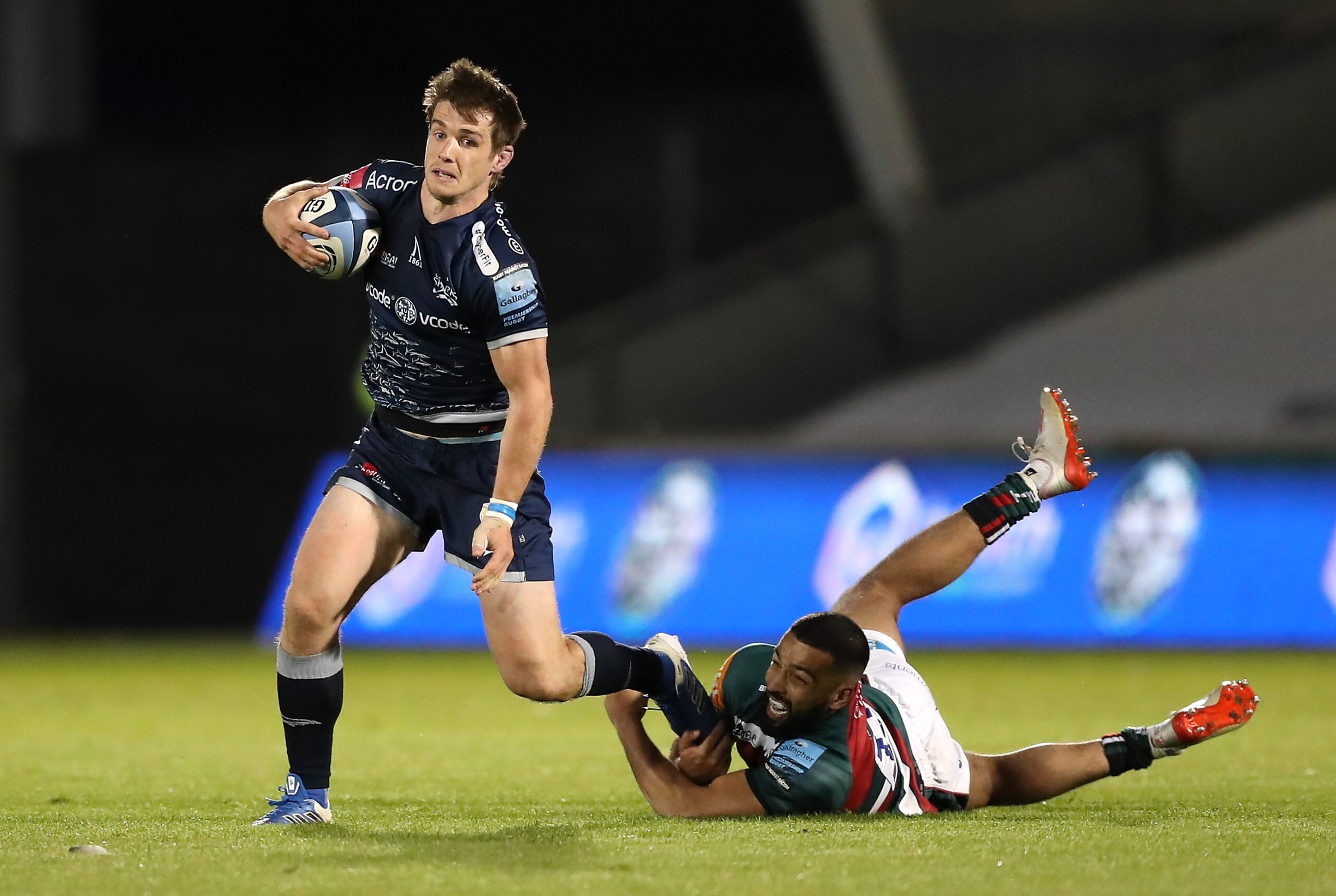 “I think we’ve got a few underrated players to be honest. I’m happy about that, let us go under the radar as long as we can.

“Maybe we’re an underrated team as everyone talks about the other three (in the play-off places). But let them talk.”

Sale will perhaps rue their inability to garner a try bonus-point against a weakened Tigers side, who remain in eighth position following the result at the AJ Bell Stadium.

After Leicester’s heroics in the Challenge Cup, Steve Borthwick rested a few key players but the Leicester boss was still frustrated by the defeat.

It'll be a long time before this workplace relationship thaws out. https://t.co/C5ew8QGFhx

“Unfortunately, in that first 15 or 20 minutes we gave them too much of a head start,” he said.

“There were opportunities but we didn’t take them, but credit to Sale, I thought they defended exceptionally well through that period (with 13 men).

“They’re a very, very good side and they exposed us in a couple of areas, so we need to be better.

“All I care about is the game we’re about to play, which was this week. I then consider the next and then I consider the week after that. I don’t prioritise games, I wanted to win.

“We didn’t so I’m disappointed by that but we’ll learn from it and we’ll be a better team for it.”