Bored of endless kick-tennis? Women's rugby might be the answer you didn't know you were looking for

Southern super-powers were missed Next
Back
Farah Palmer Cup

Bored of endless kick-tennis? Women's rugby might be the answer you didn't know you were looking for

The Autumn Nations Cup tournament is over. Whether you loved it or hated it, it was a tournament that sparked more debate between rugby union fans than any other in recent memory, but for once, most fans appeared on the same side. Whether it was the long caterpillar rucks or issues at the scrum, most fans seem to want World Rugby to make changes to the game. But one issue stood out among them all: the number of kicks in open play.

How many columns have you seen over the last fortnight that talk incessantly about box kicks? I won’t let this be another. I like to watch rugby evolve and I’m not convinced by the alternative suggestions. Moan enough about how boring rugby is, and your readers will soon agree with you.

Sam Warburton explained why international teams kick so much. In summary, he said: “You have to kick, because kicking on to an opposition team, you can gain 50 or 60 metres of territory, you put the ball in their court, and if you’ve got a defence as good as England, you put a massive amount of pressure on from your defence and it can often cause a knock-on.

Why the best players in the world are going to Japan:

“That means that 50 yard kick and good kick chase, you’ve got the ball back 50 to 60 yards later… A good kick chase is much more efficient, so that’s why [international teams kick so much].”

It’s my opinion that the best tries come from an unstructured, out of formation defence, which is often born from kicking. But that’s the end of my comments on kicking in the men’s game, as that’s not the point of this column, and I promised I wouldn’t talk too much about it. The issue I have is that many of the people who are dismissing rugby at the moment aren’t considering what an exciting prospect women’s rugby is. Rugby is a game of taste, what one fan enjoys the other may not. If it’s kicking you really don’t enjoy, then the women’s game is a better choice for you. Tactical kicking is only just coming into women’s rugby at the highest level, the ball is played in hand much more than in men’s rugby, and the laws seem to be working pretty well.

Let’s look at the stats. In the men’s game, there were 823 kicks in open play during the 2020 Six Nations, averaging 27.4 kicks per game, and this number was higher during the Autumn Nations Cup. In the 2020 Women’s Six Nations there were just 360 kicks in open play during rounds 1-5, averaging at 14.9 kicks per game. It’s important to remember that there were three fewer games in the women’s competition than the men’s, but there’s still a significant difference between the two.

I was interested to find that research has been done on this too. Three years ago, researchers at Sheffield Hallam University found that in the men’s game, winning teams kicked away a greater percentage of possession in the opposition 22-50m, to gain territory and pressure the opposition. The same research found that in the women’s game, a greater percentage of successful teams used a ball-in-hand attack in the 22-50m area of the pitch instead. This paper concluded that “successful women’s teams appear more willing to attack with ball in hand following a kick receipt and adopt a more expansive game through attacking with wider carries in the outside channels.”

Now that’s the stats and research – but what’s the reason behind less kicking in the women’s game?

Last year, former England international Danielle (Nolli) Waterman explained that in many cases it’s due to women having less training and experience kicking the ball. Waterman told Sky Sports: “…having played over a 15 year period in international colours, I have seen so many components of the game develop and progress. Kicking is not one of them.

“Currently many girls still come late to rugby and need to learn a variety of new skills – of which kicking is just one. Coaches often only look at the skills that players already possess, using those as building blocks for the women’s game. Kicking is rarely a priority.”

There are many reasons why this is the case, and from experience I agree that it’s usually because of coaching. Women tend to come into the game at a much later point than men, and skills like kicking are rarely a part of training for women. There’s also the problem that coaches of the women’s game tend to be less qualified than the men’s game too. At a grassroots level, this tends to mean there is not a backs or kicking coach in the women’s set up, where there sometimes is in the men’s game. This is less of a problem at the elite level, where coaching is much better, but it’s one explanation for why so few women are trained kickers before joining the elite game.

The lack of kicking skill in women’s rugby is a problem that’s slowly changing. Teams are clearly training women to kick, but we do not yet have anything like the table tennis style of kicking that we have seen in the men’s game. Instead, we regularly see kicks being used to perfectly place balls in the backfield to allow sprinters to score. 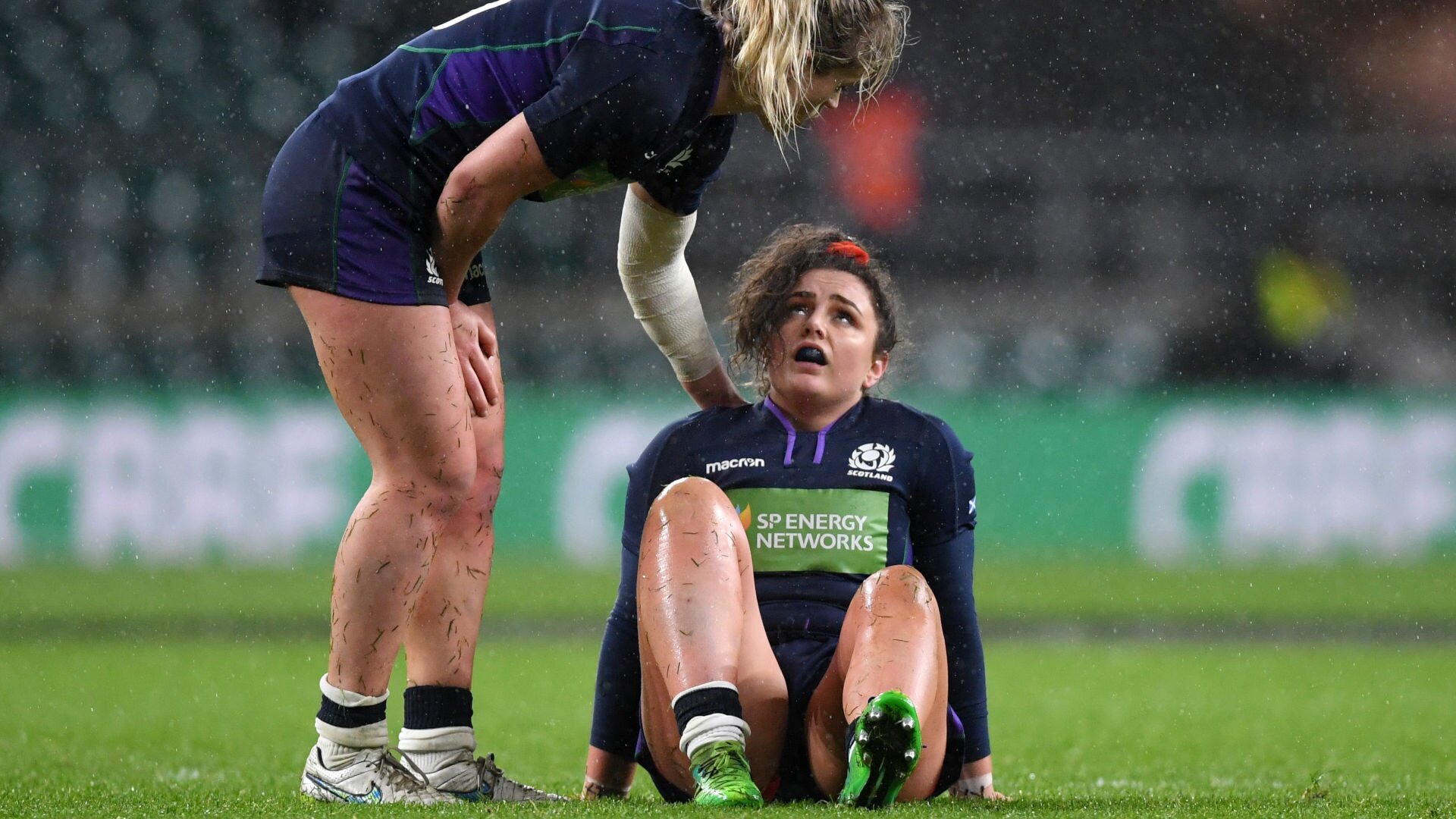 The result of fewer kicks is a faster game that’s more enjoyable for the fans. In fact, after the 2017 Rugby World Cup, World Rugby released a statistic that the ball was in play for ten per cent longer in the women’s tournament than the previous men’s Rugby World Cup. Yes, there are more mistakes and more turnovers in women’s rugby, but there is also more competition, more explosive line breaks, and, in my opinion, more enjoyable rugby for spectators.

This isn’t just at the international level either. Since the revival of the Allianz Premier 15s in October, some law variations were introduced to lower the amount of face-to-face contact, but also allow more ball in play time. There is now a play advantage law from a knock-on, reducing scrums by over 75%, free kicks are awarded to the opposition for a forward pass, and there is no longer the option for a scrum at a free kick or penalty. Fewer scrums means more ball in play time, which of course has the knock-on effect (if you’ll allow the pun) of a faster game. England scrum-half Natasha Hunt told BBC Sport that the speed of the game will increase as a result, and Wasps Ladies director Giselle Mather told The Telegraph that these variations suit a faster game that fans will enjoy.

'Next year, many women's rugby players will use their entire year’s annual leave allowance to play in the Rugby World Cup.'

ICYMI: In her new RugbyPass column, @_JessHayden looks at the status quo in the women's game and ahead to the #RWC2021 https://t.co/rPovVobF1m

These variations have increased the number of kicks, because fewer breaks and more running is so tiring, but it’s not the same as the men’s game. Players are still playing ball in hand for most of the game, so if that’s the rugby you like, then it is the women you should be watching.

Of all the Premier 15s sides that are brilliant to watch, I highly recommend you watch Harlequins Women play at the moment – which you can do by visiting their website. Their attacking play is superb to watch and a great introduction into what women’s club rugby can offer.

Rugby is not imploding; I actually think it’s more interesting than ever. If you are falling out of love with rugby, sharing videos of messy tries in the 80s and saying things like “rugby was better when…”, please do give women’s rugby a chance.