Wales international Carre was sent off in the fifth minute for a high, shoulder-led challenge on Ospreys full-back Dan Evans at the Liberty Stadium.

But despite rugby director Mark McCall resting a host of international stars, resilient Saracens delivered a victory that means they are likely to reach the tournament’s last-eight for a ninth successive season if they beat Racing 92 next weekend.

Evans scored two tries while Clark was off, with fly-half Luke Price adding a penalty and conversion, but the Ospreys ultimately suffered a fifth successive European defeat this season.

Saracens arrived in Swansea after a week when lawyer Neil Golding was appointed as non-executive chairman, succeeding Nigel Wray, while it also emerged that players are set to be trimmed from a star-studded squad in order to comply with salary cap regulations.

Don't miss 'Inside the Barbarians'. Going live at 6pm on Sunday the 12th of January. #Barbarians #InsideTheBarbarians @Barbarian_FC pic.twitter.com/P3nB7u8Dig

Saracens were docked 35 Gallagher Premiership points and fined £5.36million after being found to have exceeded the £7million salary cap limit for the past three seasons.

But they showed commendable character to collect four priceless points and keep themselves in the shake-up for a knockout place.

Wales captain Alun Wyn Jones made his first Ospreys appearance since the World Cup, while his Test team-mate George North lined up at outside centre, but flanker Justin Tipuric was sidelined with an ankle problem.

McCall, as with previous European away fixtures in November and December, rotated his squad and did not include the likes of England players Owen Farrell, Jamie George, Maro Itoje and Billy Vunipola, with Elliott Obatoyinbo making his tournament debut at full-back.

Wales head coach Wayne Pivac, who announces his Six Nations squad next week, was among the crowd, along with his assistants Stephen Jones and Byron Hayward. 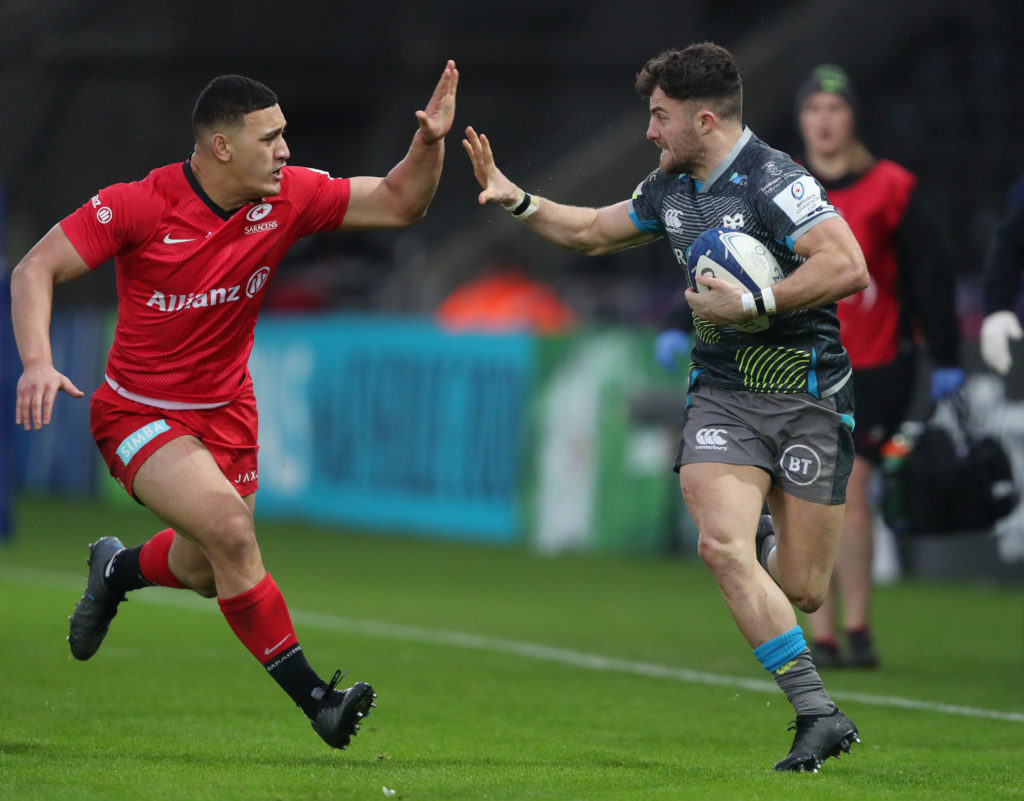 Ospreys, though, were immediately on the back foot, and Vunipola opened the scoring with a third-minute penalty after strong runs by number eight Jackson Wray and Carre.

But Saracens were soon in all kinds of strife when Carre – a certainty for Pivac’s squad – was dismissed.

The former Cardiff Blues forward was adjudged by the referee to have led with his shoulder into Evans’ head, and a red card followed. 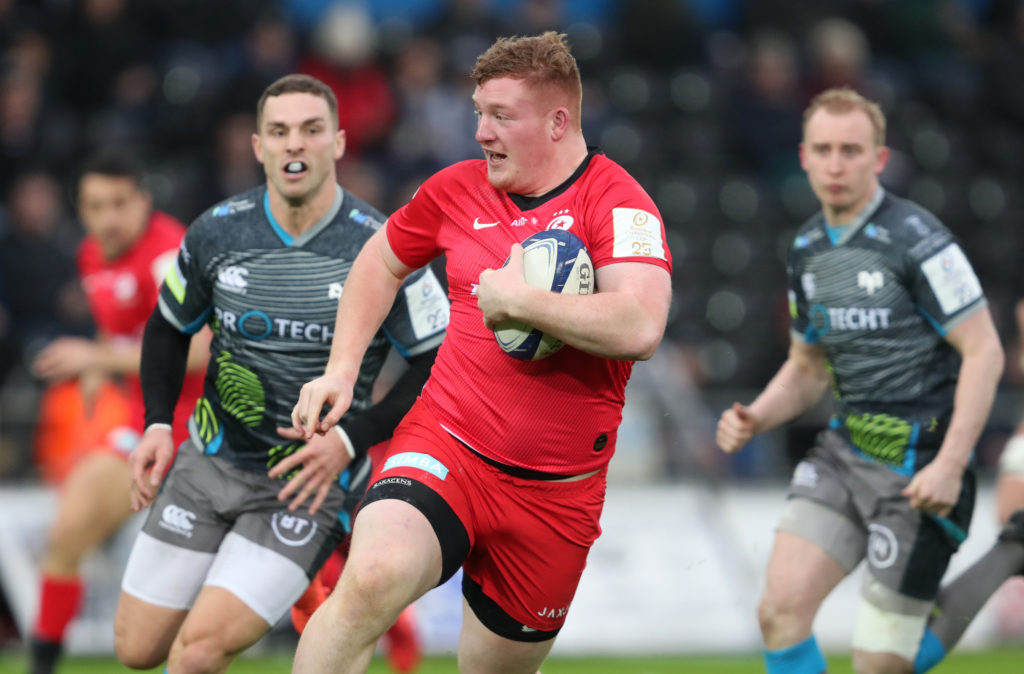 It forced Saracens into a major reshuffle, with prop Richard Barrington going on and Obatoyinbo departing, his Champions Cup bow having lasted just 10 minutes.

Price and Vunipola then exchanged successful penalties in quick succession before the Saracens number 10 completed a hat-trick and extended his team’s lead to 9-3.

Another Vunipola penalty put daylight between the teams, but Ospreys hit back through a well-worked Evans try that Price converted after Clark was sin-binned for a technical offence. 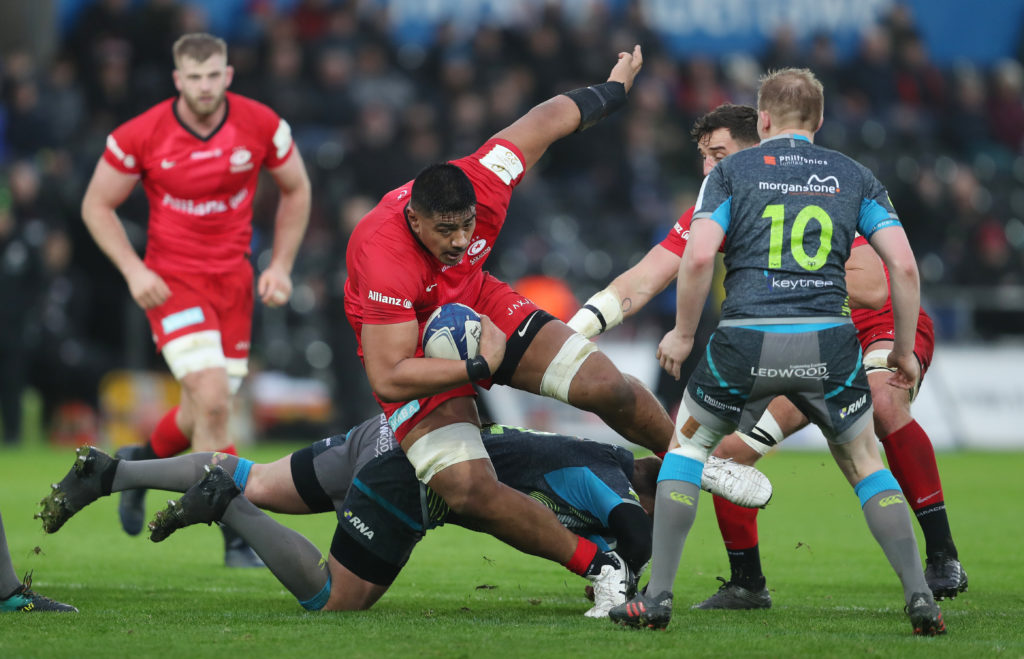 But Saracens prevented the Ospreys making any further inroads by half-time as they took a two-point advantage into the break.

A fifth Vunipola penalty then eased the pressure, and Saracens held on for a famous victory that will rank among their finest European wins.

The matches in images: 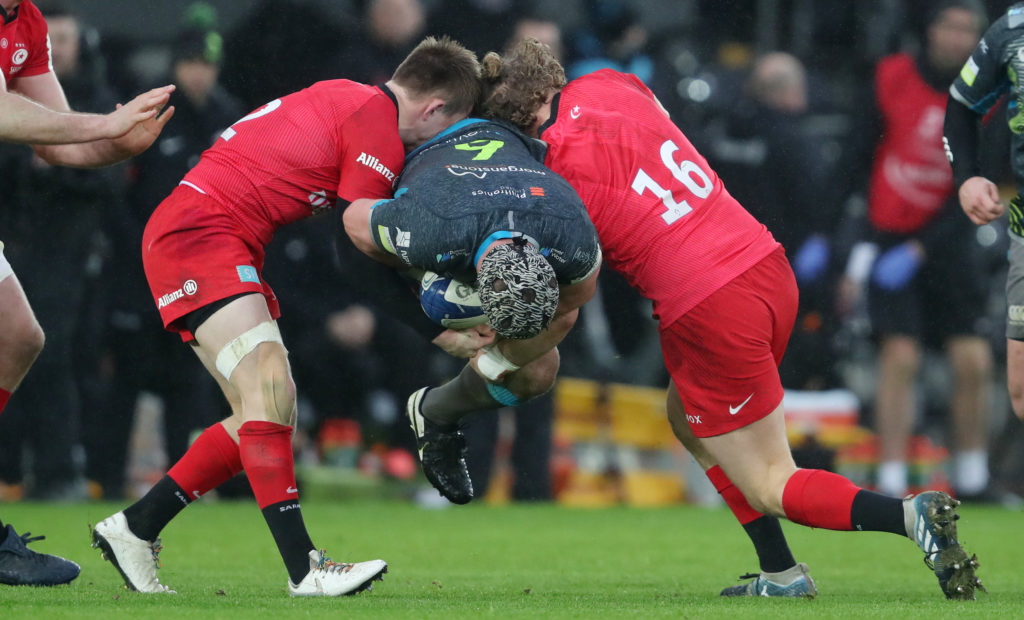 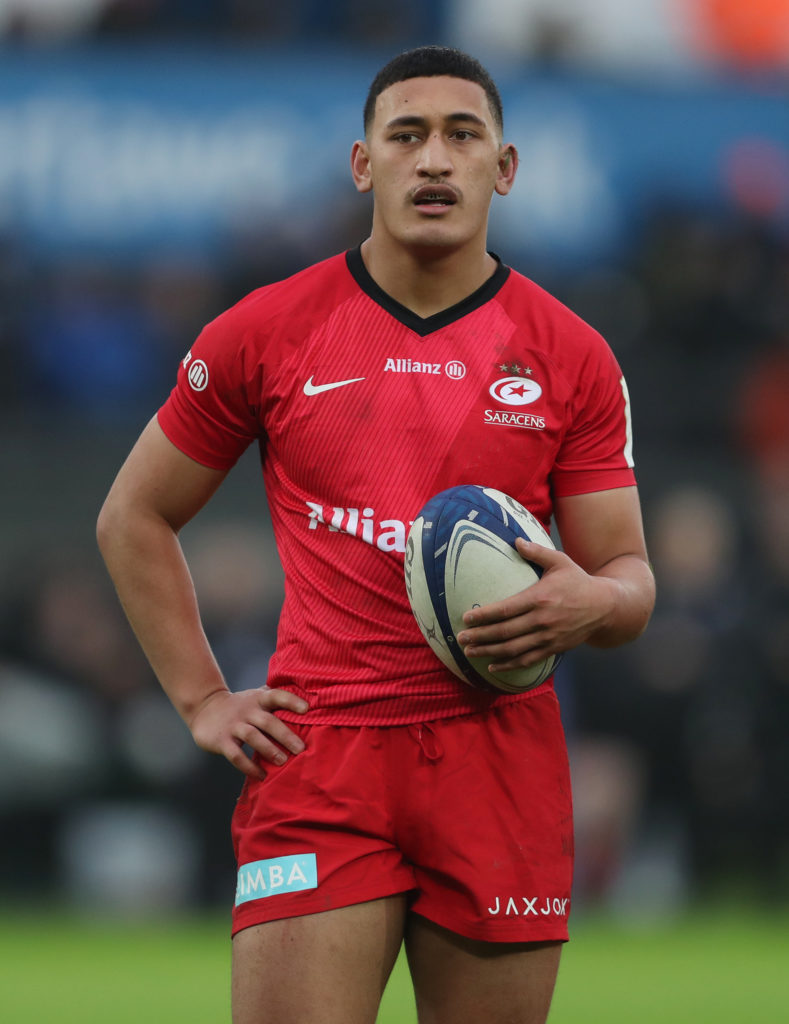 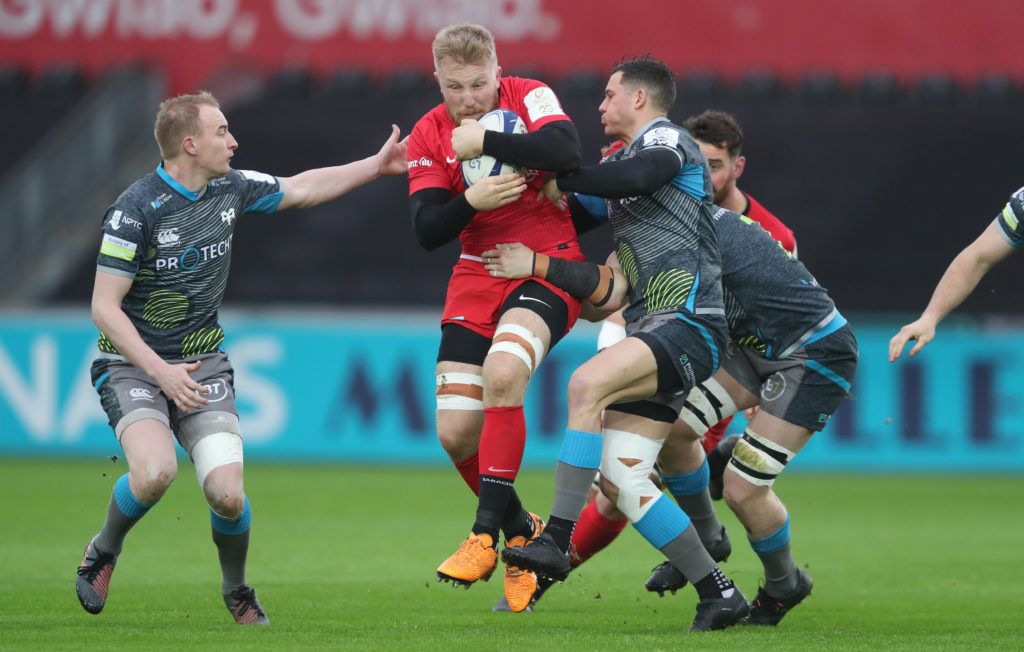 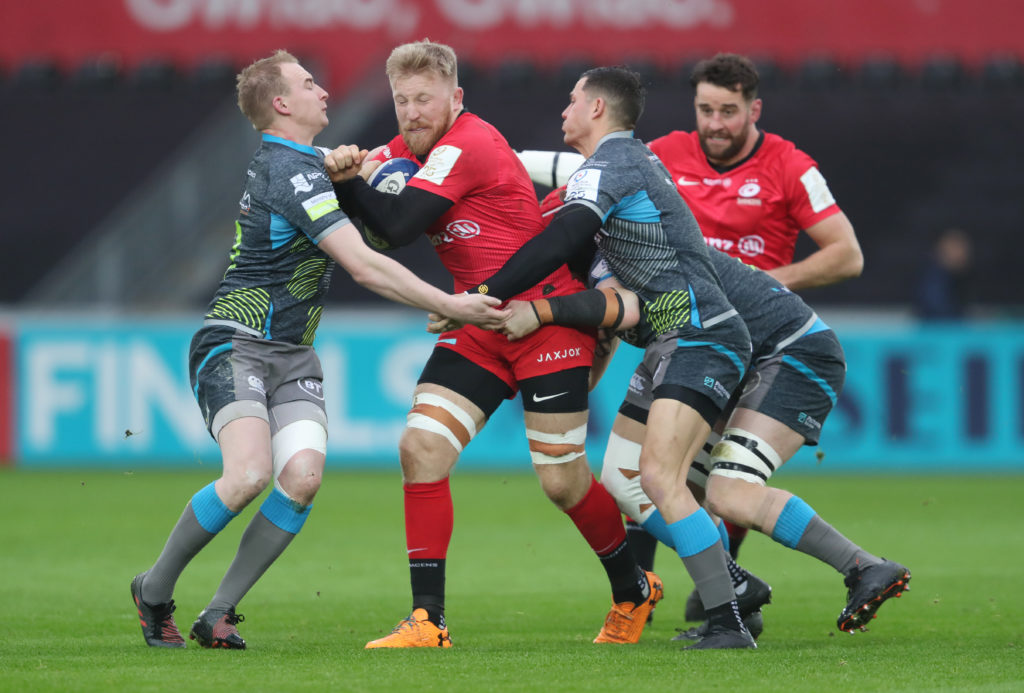 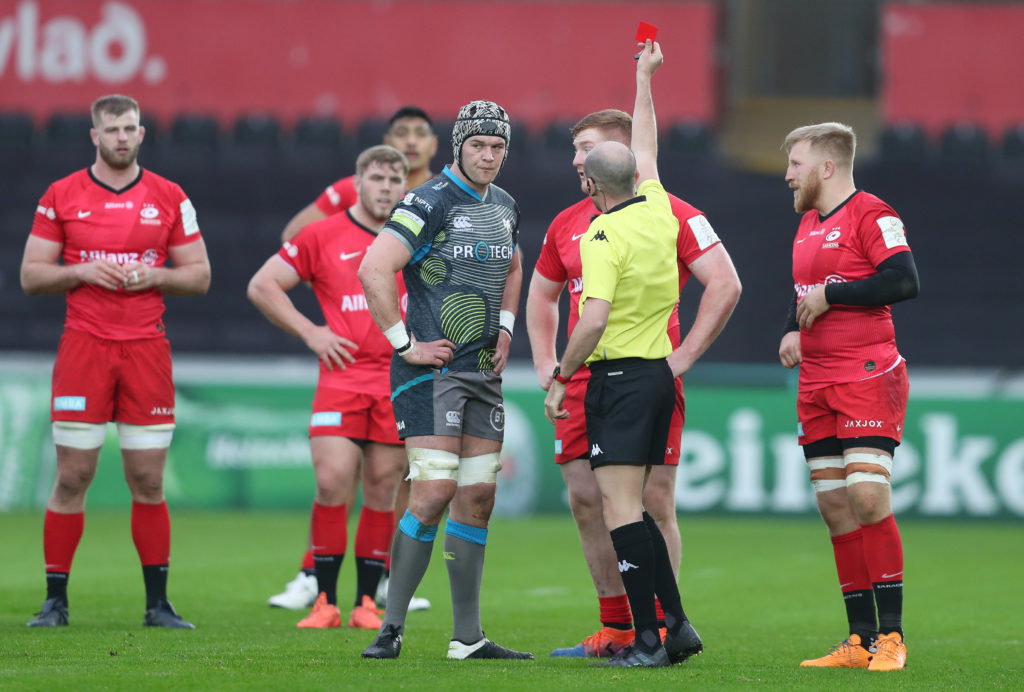