Watson: All Blacks are beatable Next
Back
Rugby World Cup

The Rugby World Cup weekend that nobody wanted

It is true. For all the good that sport does, the way it can reach into the soul and nourish your nether regions, it doesn’t always give us what we want.

Our love affair with Japanese rugby was relatively simple. Its roots entwined with those of the game we cherish: respect, generous hospitality and a way of playing that allows the ball to do the work. Nothing beats nostalgia and Japan’s offloading seemed to belong to a different era; one before dominant hits and choke tackles had taken the air from the game. Ireland and Scotland had both succumbed. Japan had bobbed and weaved agonisingly out of reach, popped the ball into eager hands too swift for Gaelic grasping, and in doing so, we’d all become a little smitten. 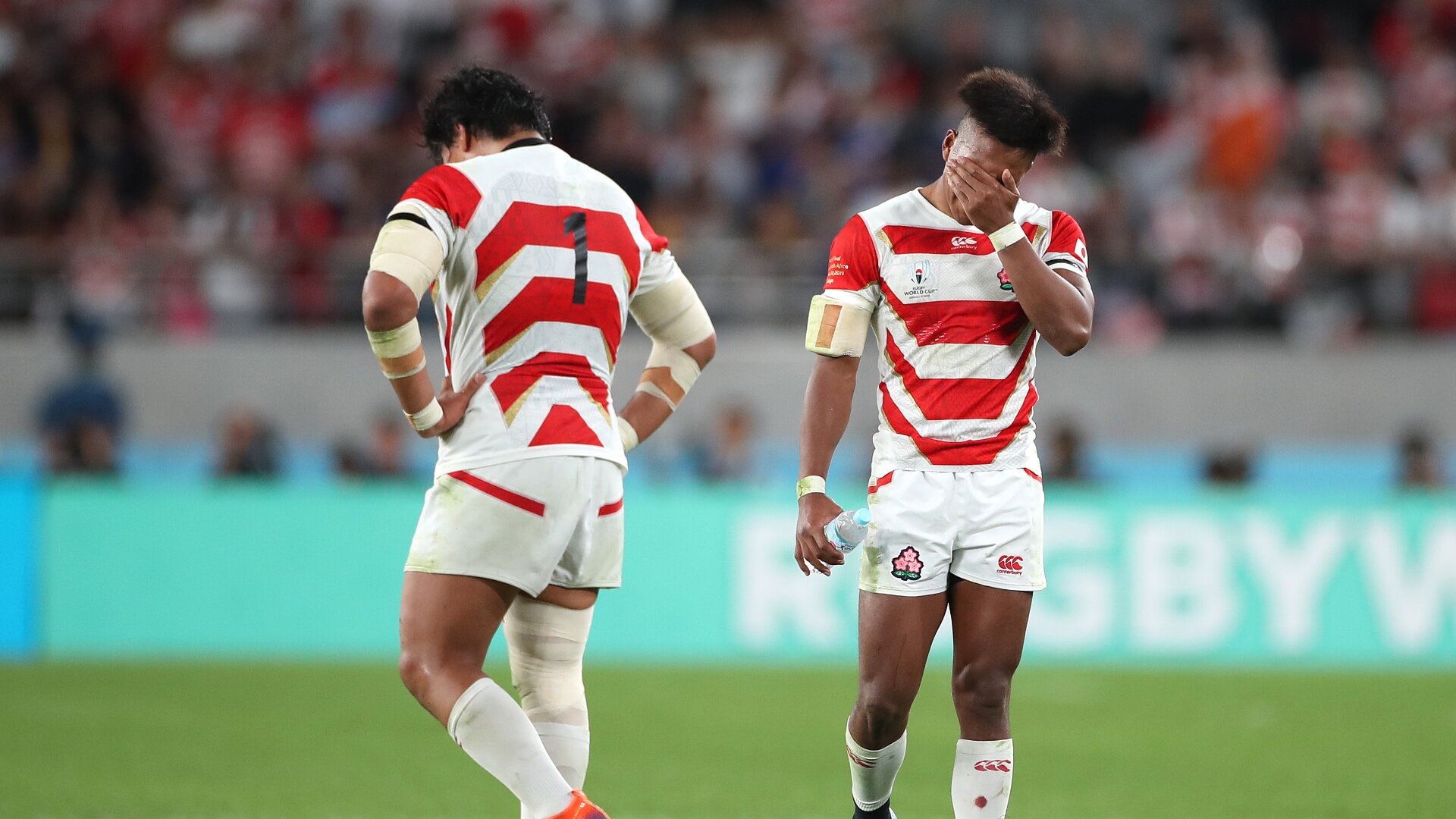 Rugby has forever told us, it is for all shapes and sizes; where crafted technique can overcome brute strength; where a fleet-footed imp can make a towering giant look a little daft; and where, after everything, everyone gets a drink. Of late, however, the Goliaths have ruled the game. And in a way, we’ve let them. Big men have only been bested by bigger men as the sport has chased stature and not skill. The camera dipped and rose as it went along the Japanese line devotedly sobbing their anthem. This was a team of normal-shaped men who’d redefined what could be done on a rugby pitch: how could you not love them? 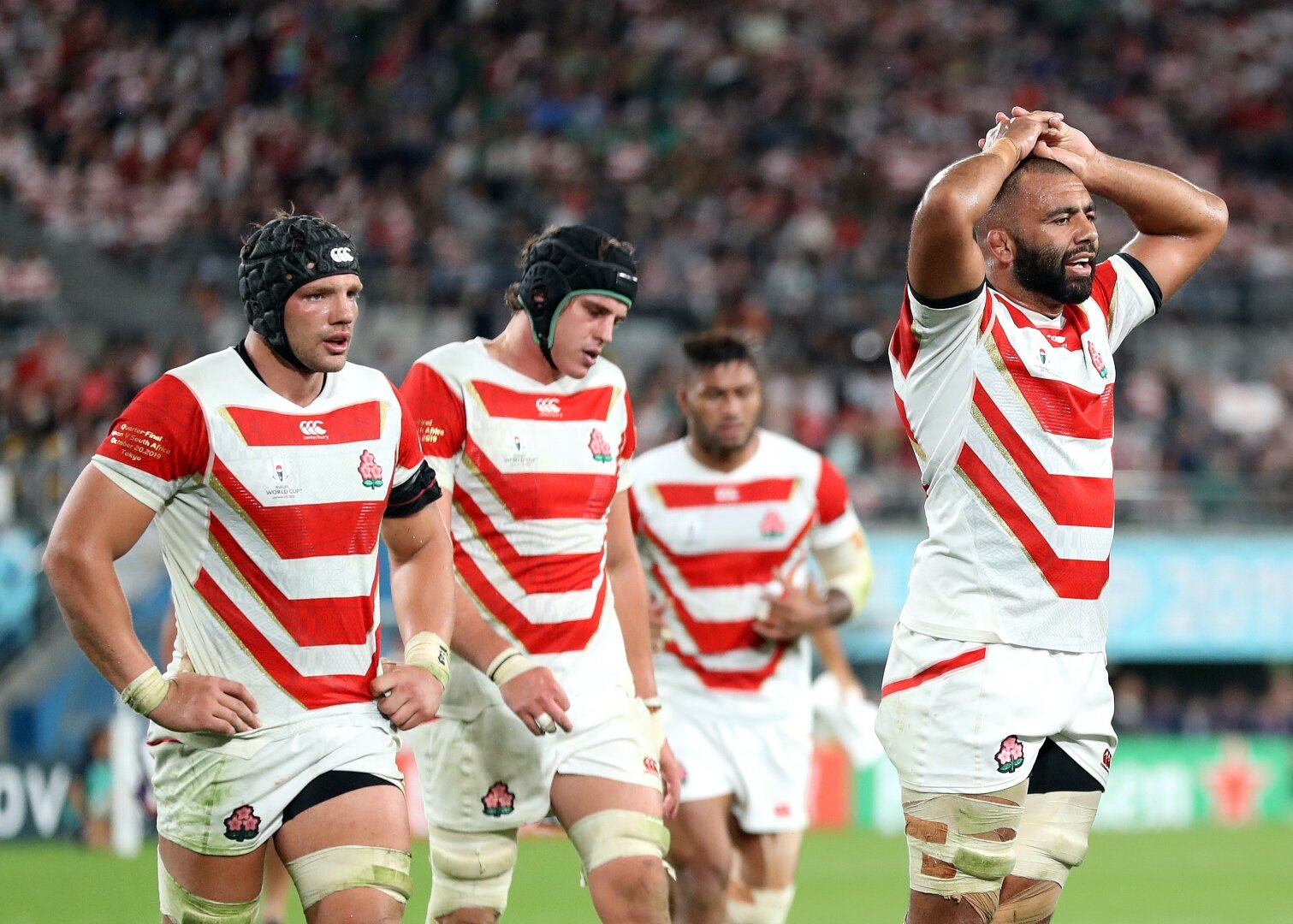 Japan players look on dejected after losing to South Africa.

But love is for fools. And sport rarely suffers them. Sport adores professionalism, practice, hard work; those who reduce risk, make the right choice, punish the mistake: it is unforgiving. As were South Africa; executing a one-dimensional game plan that hammered thud after agonising thud at Japanese flanks. For a while, the Cherry Blossoms swallowed the pain; attempted to keep the wheeze going, smiling through cracked ribs at all those who still believed. But it was just a question of time. Four years of ignominy is time enough. Revenge is not just best served cold, you want to serve it up in someone’s capital city.

Speaking of ignominy and capital cities: England are requited. Forty points upon an old foe were bewitching yet seemingly unsurprising as Australia’s own unrepentant Jones dealt out defeat for the seventh time. Familiarity breeds contempt. The Wallaby wilt was almost rueful. It could prove to be Pocock’s last. A man whose impressive thighs have bestrode the game and reinvented how you make the breakdown yours. It was he who threw the loose pass that unleashed Slade, and subsequently May. I wanted something greater for him and the reborn Lealiifano. Two of rugby’s finest names in recent years. Strength on and off the field. I wanted more. Yet England sacked them short. 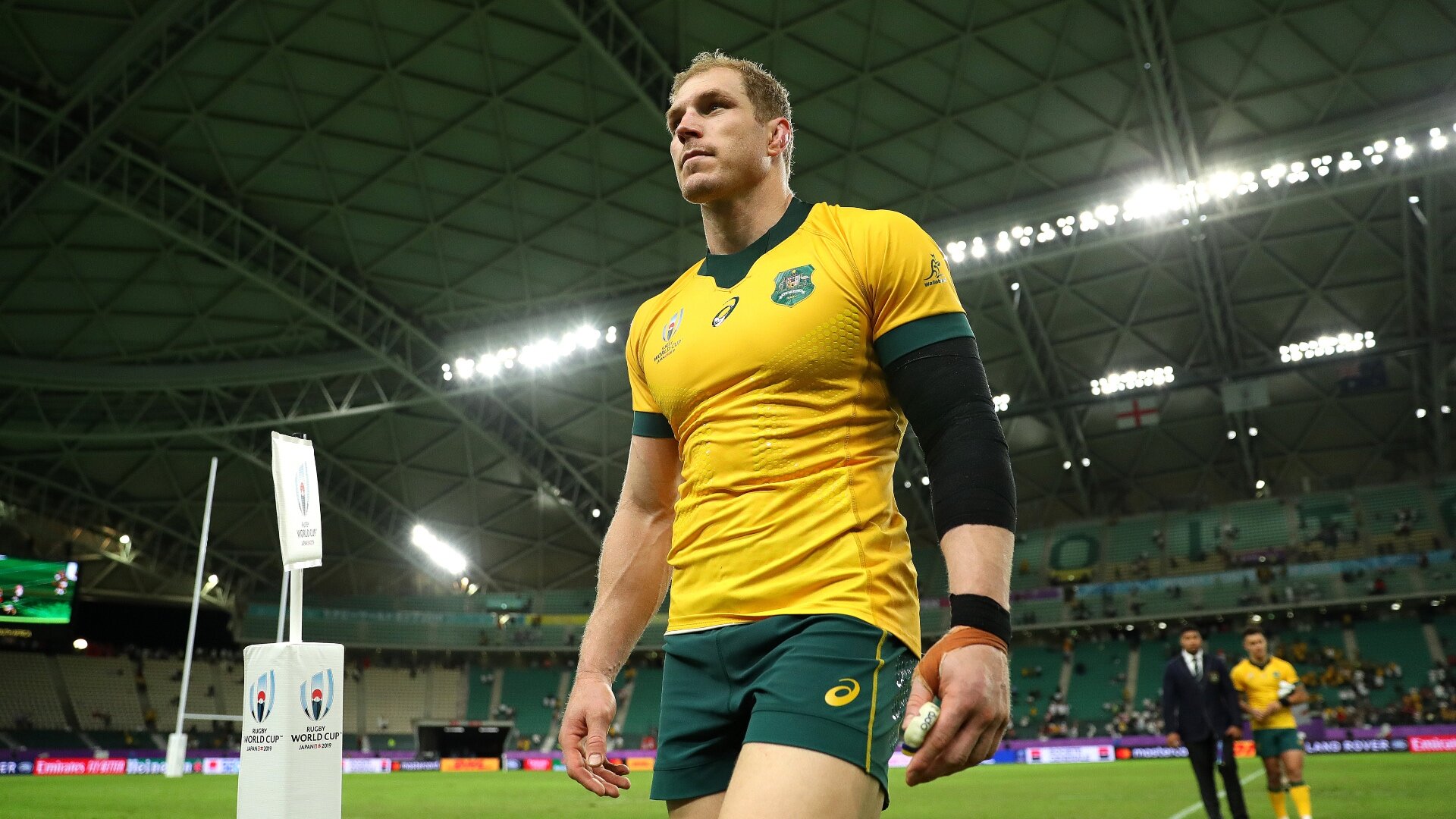 Short may well be Schmidt’s Irish epitaph: short of realising a World Cup final four. It will talk at length about how they beat the All Blacks twice but little about what happened in Japan. England’s Australian victory had barely cooled as New Zealand bore a knowing, toothy grin. This is an Irish team with the memory of how to be a great side but not the mode. For all their experience, there just didn’t seem enough air in the lungs. The All Blacks stuck a hand on all those famous shoulders and plunged a gasping Ireland deep. Best walked from the field shaking his head. It should not have ended like this. 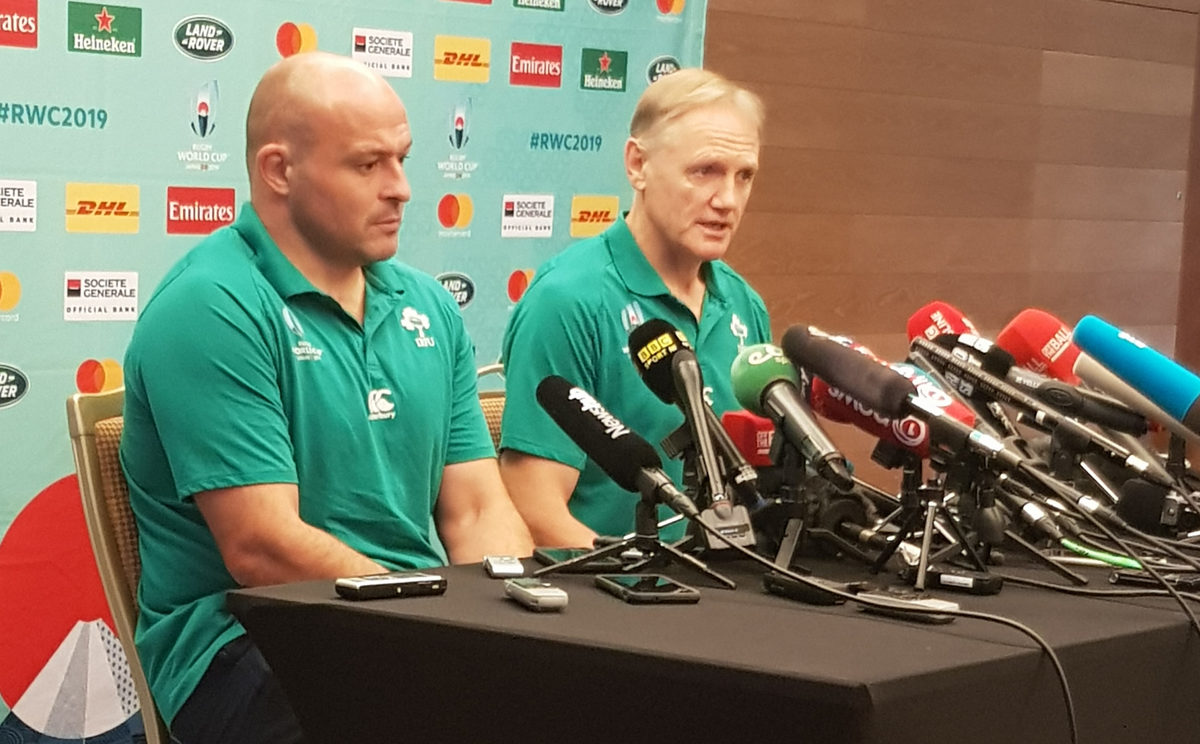 And no one does endings like the French. Few do rugby like them either. Ollivon’s eighth-minute score was as sleek a try as you’ll see at this World Cup. Ntamack and Penaud have hips of yesteryear and it was all Wales could do to hold on. But hold on they did. Wainwright’s wheels and Biggar’s boot claimed ten points of their own and it was just nine points difference at the half. Yet, astonishingly, fourteen men with half an hour to go. A player with a big name, tall frame and an even larger ability to let his team down: Sebastian Vahaamahina elbowing a World Cup semi-final spectacularly out of reach. Not really what anyone wanted, save the Welsh.

And yet here we are. No upset, no romantic line, no heroic story to regale. Just the four best teams in the world and two semi-finals impossible to call.

If sport doesn’t always give us what we want, it’s because we probably don’t know what’s best for us.

This article first appeared on samrobertsrugby.com and is re-published here with permission.

RugbyPass went off the beaten track to an iconic Maid Cafe in Akihabara, Tokyo.