All Blacks to target Hodge Next
Back
Internationals

12:40pm, 05 November 2020
It’s a long-standing tradition in rugby union – the gobby scrumhalf. Yet even in the hallowed pantheon of mouthy international halfbacks, former Wallabies nine George Gregan may just occupy a seat all of his own.

A pest to beat all pests, his back and forth relationship with fellow voluble halfback Justin Marshall, over the course of their overlapping careers, would eventually bloom into a lasting friendship.

But there were times when Gregan pushed his New Zealander counterpart to the very limits.

Will Jordan is about to make his All Blacks debut:

Writing in his column for TheXV.rugby, Marshall has shed light on the day Gregan’s non-stop verbal barrage finally broke him during a match in Wellington.

“I remember well the time George Gregan finally broke me.

“It had been about seven years in the making and it happened during a horrible, wet and cold test in Wellington.

“We were good mates then of course, and are still, despite being typically competitive halfbacks at constant loggerheads at the highest level.

“The thing is, George liked to talk his way around a rugby field. He would narrate every breakdown and call out every opposition player’s transgression – real or imagined.

“It’s funny when you think about it because I was the one who would later get the job as a television commentator but with George it was a way of telling the referee exactly what the issues were and exactly why the Wallabies were being wronged; which was most of the time if not all of it.

“When there is a constant stream of commentary along the lines of: “they’re offside, he’s off his feet, he’s not releasing”, it has the dual effect of reminding players they may be in the wrong and reminding referees they are under intense scrutiny.

“It also gets under opposing players’ skins. It certainly did mine. George knew all of this of course and had honed his strategy to increasingly annoying perfection.

“Anyway, during this test in Wellington, George shouted something about an All Black forward at a breakdown and, what do you know, the Wallabies were awarded a penalty. “Yes, yes, yes!” he said to the ref, along with the classic “he’s been doing it all day!”. 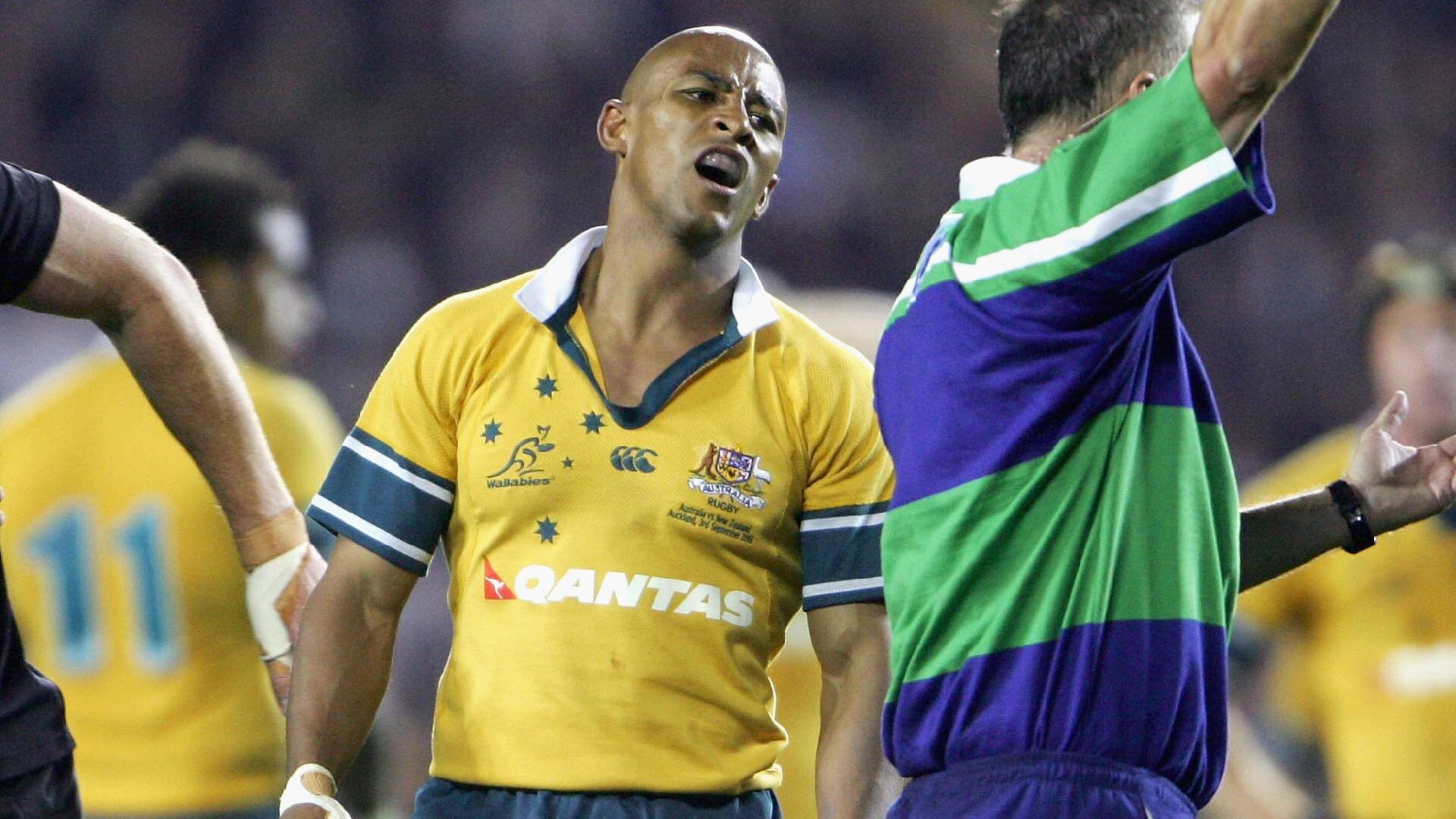 George Gregan is one of many Australians to have never won at Eden Park. (Photo by Chris McGrath/Getty Images)

“That was it for me. I broke, and said “George, would you shut the f*** up”. It was the worst thing I could do. “Oh Marshy”, he said. “What’s wrong mate? Are you upset mate? Look boys, Marshy’s upset!” Suitably encouraged, the commentary then resumed louder and longer than ever.

“People have often asked how we became such good mates and it’s no secret – we had a lot in common and we saw a lot of each other.”

Aswell as a friendship, Gregan had Marshall’s unfaltering respect.

“On the pitch he was very driven – whether it was for the Brumbies, Toulon or Australia. That, combined with his excellent core skillset, was why he played 139 tests and had such longevity in the game – 14 years at the top level.

“I remember the day in 2007 when he announced his retirement. I thought it would never come.

“We played a different style, he and I. George was a great manipulator of defences and was superb at putting players into space – his synergy with Owen Finegan was excellent.

“He was a very good support runner too, and a good lateral defender. He got to an endless number of breakdowns and was faultless – he hardly made an error.

“When I think about our great mate Joost van der Westhuizen, the Springboks halfback sadly no longer with us, Joost could have an off day but within the space of a few seconds he could break you apart and score a try from nowhere.

“He could step out of a ruck and put up a chip kick and score from it. With George you got the same every time.

“If I was asked to describe my own style, I’d say I was somewhere in the middle of those two. I was a bit more combative and was happy to carry the ball – I liked to challenge defenders myself.

“I could also have quieter games – something a very vocal George Gregan could never be accused of having.

“He was an annoying pest as an opponent while simultaneously being one of my best mates, and, at the highest level of sport, that’s a pretty unique and special thing, I reckon.”

To read the full article, get over to TheXV.rugby for this and many more premium articles from some of the game’s biggest names and thinkers.