In a first for rugby and perhaps professional sport, a bizarre cryptocurrency has managed to get advertising space on the field during the Maori All Blacks versus Manu Samoa test match.

The Cryptocurrency ‘Safemoon’, a token that has received attention from US personalities Jake Paul and Barstool Sports founder Dave Portnoy, was seen emblazoned on the field inside the Maori All Blacks’ 22 during the broadcast.

Portnoy himself said the coin ‘could be a Ponzi’ after claiming he wanted to become the coin’s leader.

David Havili on getting into the All Blacks midfield

David Havili on getting into the All Blacks midfield

“It could be a Ponzi scheme,” he said. “Everyone’s Ponzi, Ponzi, Ponzi—it’s early, if it is a Ponzi, get in on the ground floor. I like the word ‘moon’ because that’s where I want to go.”

It is unclear just how the controversial coin got the green light to advertise during the match, or why they chose to use rugby as the sport to promote, but it appears they have a relationship with Samoa Rugby.

The Samoa Rugby Twitter account tweeted a ‘shoutout’ to the sponsor along with a hashtag to buy the coin, indicating that Safemoon may have stepped in as one of the team’s sponsors.

Crypto exchanges who offer buy and sell services, have creeped into the US Sports markets with stadium and other naming rights deal, but rarely has a coin paid to promote itself in professional sports. 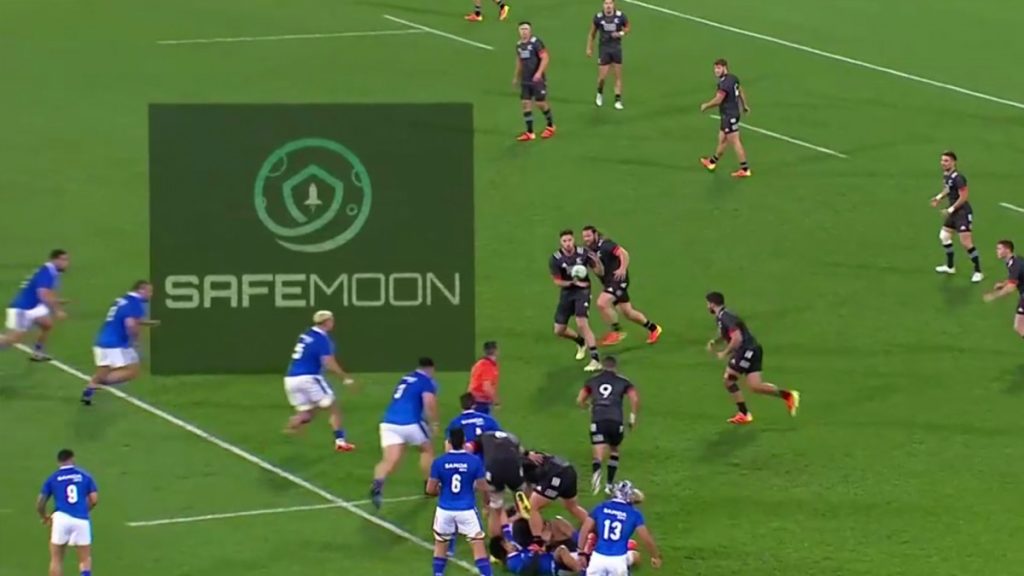 The crypto coin, which trades at a fraction of a cent, became popular on social media platforms like TikTok which led to a parabolic rise in mid-to-late April. It has fallen dramatically since, collapsing over 60 per cent from the peak.

Safemoon has come under criticism from many in the space as a ponzi scheme, with Kiwi crypto enthusiast Lark Davis calling it ‘insane’ and saying that ‘people really love ponzis’.

In another tweet, Davis likened the crypto to a Ponzi, comparing it to the failed platform BitConnect.

“Remember just because you make money off of a Ponzi does not change the fact that it is a Ponzi,” Davis said, adding “#safemoon.”

Gatland's Lions attempt to climb... Next