'If we're being honest and totally transparent, we haven't had the squad or the quality to compete for silverware'

'If we're being honest and totally transparent, we haven't had the squad or the quality to compete for silverware'

The mission facing Sale Sharks this week couldn’t be clearer. Steve Diamond’s squad sit fourth in the table with two games left in the regular Gallagher Premiership season and their fate lies in their own hands. First up it’s a trip to play Northampton Saints tomorrow, [KO 5.30, live on BT Sport], followed by a home game with Worcester Warriors on Sunday. Navigate those two fixtures successfully and Sale can look forward to a first Premiership semi-final since 2006.

By any measure it shouldn’t haven’t taken them this long, and in the years since Sale have been just as likely to skirt around relegation than point the ship at the right end of the table.

Finally the pieces are beginning to fall into place. Director of Rugby Steve Diamond has steadily added some real quality to his squad, with a series of shrewd signings capped off by the prized capture of Manu Tuilagi this summer.

It was a blockbuster transfer that signalled Sale’s intent. A little over two months later the club had won a first trophy in 14 years thanks to last week’s Premiership Cup final defeat of Harlequins.

“I think from the club’s point of view, obviously you want to be in the mix every year, you want to be giving yourself an opportunity to win [trophies], but I don’t think it [the Premiership Cup] was a monkey off the back, more just a reinforcement of where the club is going,” Cueto says.

“I think probably for 10 years, if we’re being honest and totally transparent, we haven’t had the squad or the quality to realistically compete for silverware. We’ve been a mid-table team for a few years, probably until the new ownership came in [a few years ago] and invested.

“And even still, for the first two or three years we had to get a proper grip of the club and the commercial (side of things) and everything else. It’s only really this year, the 2019/20 season, that we have had a squad to compete at the top. So if you look at it that way, the first year we’ve had a squad, [capable of being] realistic challengers to any piece of silverware, to actually win one in the first year is a massive success.”

While excitement is clearly building around the club, Cueto is wary that Diamond may need a few years to polish this squad into the finished product. For all the talent in their ranks Sale have struggled for consistency since the rugby restart, winning four from seven in the league.

“On paper we’ve got such a good team, some of the best players in the world when you look across the board. But equally, it takes time, and it takes time for these players to bed in,” Cueto continues.

“A lot of the guys have only been at the club for 12-18 months. I know it’s the same for everyone, but the break during COVID, the best part of five months without a game, limited training, very little team training because of the various phases from training back into playing… You can maybe put a little bit of rustiness down to that sort of up and down form. But equally, having been in the game and played for such a long time, you would rather be playing poorly and winning than playing well and losing. So ultimately we’re in a good position.

“We got our hands on a piece of silverware last Monday night, the first time for over a decade, and that’s going to lift spirits and lift confidence, and our fate is in our own hands. We’ve got two games now, one away, one home, to try and secure a place in the play-offs, and that would be the first time in over a decade again. 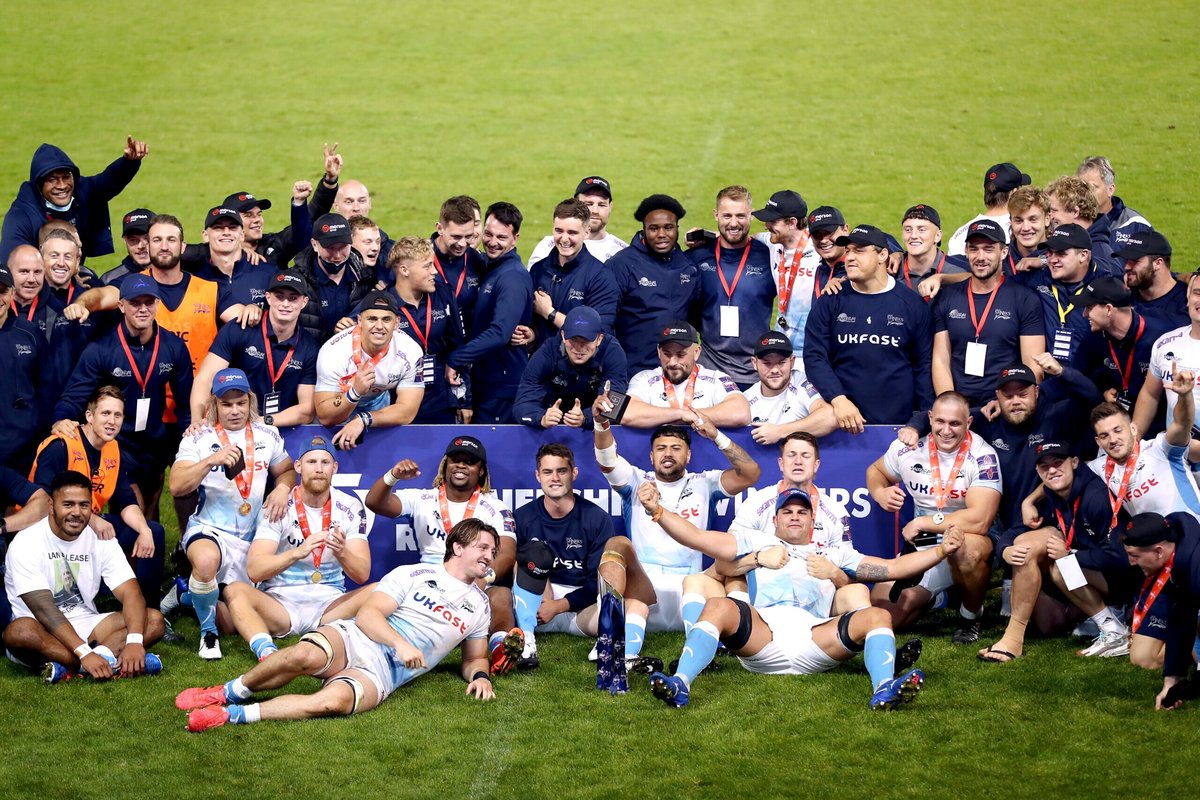 “So I think certainly from a broader sort of view on the club and the team, we are certainly heading in the right direction.”

Cueto has been part of Sale through the good times and the bad. In his 14 years as a Sale player he won one Premiership title and two Challenge Cups. His 90 tries leaves him just two behind the Premiership’s all-time record try-scorer, Tom Varndell.

Following his retirement in 2015 Cueto moved behind an office desk at Sale, and currently holds the role of Commercial Director.

At times it’s been difficult to sit by as the trophy cabinet gathers dust.

“Initially when I retired and came on board on the commercial team, it was really frustrating for me because I can remember the glory days, if you want to call them that, of 2005, ’06, ’07, like they were yesterday,” he explains.

“But a think a lot of people there, their memories or their thoughts were more recent, and they never saw Sale as a successful club. So it was frustrating initially, whereas now it’s actually exciting to see Sale and see the lads back up at the top tier of the league, winning a trophy and in the mix for top four.

Steve Diamond is looking to introduce some big changes at Sale. ?https://t.co/JaxOBLh0SS

“Arguably the squad we have now is as good, if not better, as the squad we had in 2006. We probably had that squad together for three years really, from 2004-07, and to be honest, in hindsight we should have probably at least got to another final.

“That was massively disappointing, and I guess at that time you’re never going to look 10-15 years ahead (at what the future holds for the club). It’s easier almost looking backwards. I think it was maybe 2009-10 when the previous owners, they had owned the club for over 10 years, invested a lot of time and money, and maybe fell out of love with it a little bit. And that was slowly the time when the squad (broke up)… Philippe Saint-André (Director of Rugby) went to Toulon and then on to the French national team. There was a lot of change around the squad and then unfortunately the investment fell away, so as I said you can’t expect to be picking up trophies and getting to the latter stages of competitions when you haven’t got a team to compete.”

That could all be about to change. The first stop on Sale’s do-or-die week is Franklin’s Gardens tomorrow evening, and an intriguing team selection from Diamond sees powerhouse centre Rohan Janse van Rensburg named on the wing.

Cueto thinks it could be a clever way to better utilise the talent Diamond now has at his disposal.

“It’s an interesting selection isn’t it? He’s played on the wing before back in South Africa, and he’s not short of power and pace really, so from that point of view, it’s not really a worry.

“For me, it also sort of mixes up that midfield a little bit as well. It allows Manu and Rohan to be on the pitch at the same time, but by shifting Rohan to the wing it allows you to bring Sam James into the midfield, and surely the other two wouldn’t mind me saying, but you suddenly get a real playmaker and creator in that midfield as opposed to two sort of big bull-dozers, which isn’t always a bad thing. But equally with the way game is these days and defences being so strong, you need some extra creativity in your midfield, which is what Sam brings.”

If Sale do reach the promised land of the play-offs, Cueto wouldn’t bet against them making a good season great by landing a first Premiership title since that famous 2006 success. 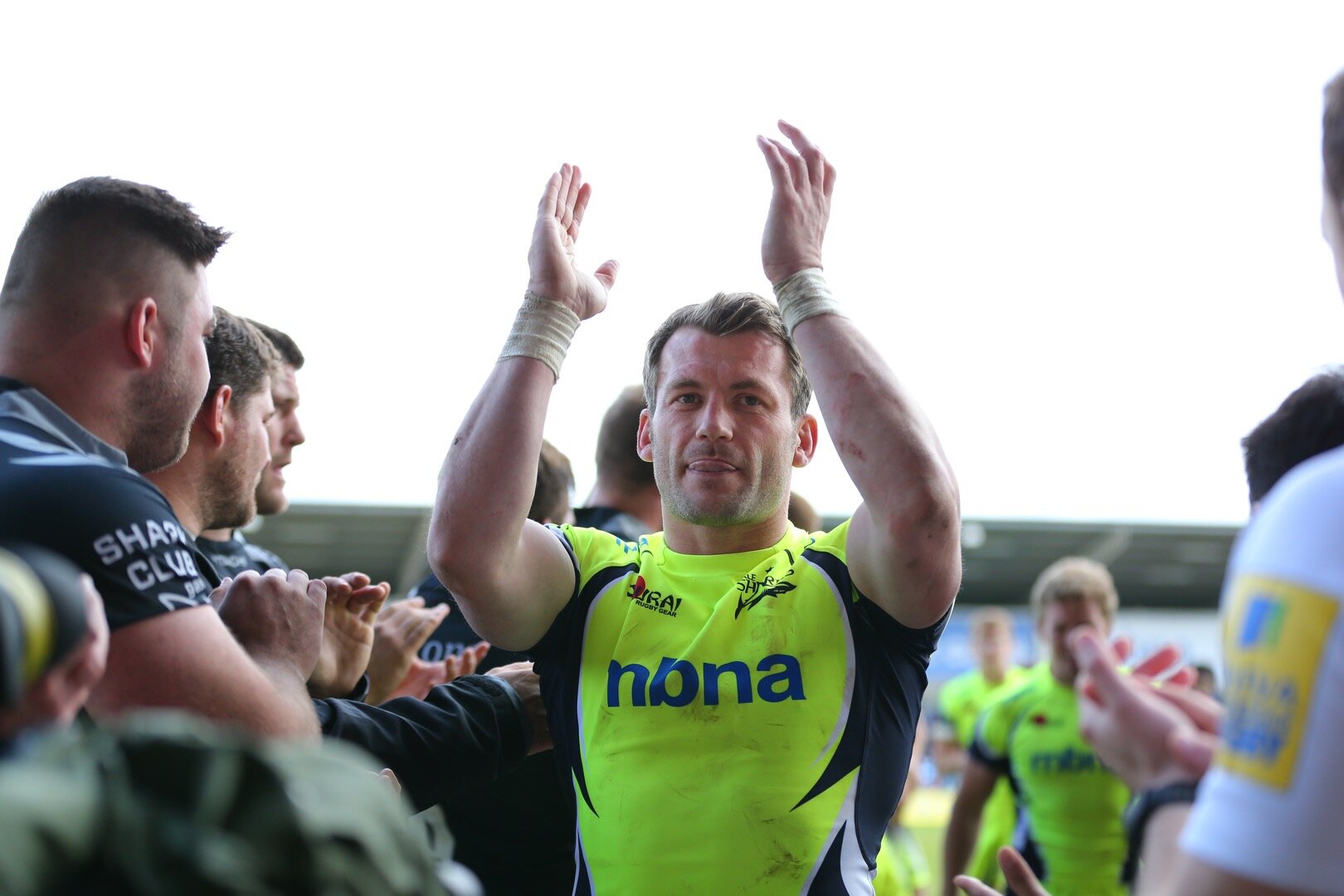 Mark Cueto after his final home game for Sale in 2015. (Getty)

“With the form they’re in, Exeter are by far the best team in the league at the moment. So I think whoever pulls that fourth spot is going to have a challenge on their hands, trying to go down to Sandy Park and win. I think that’s going to be a tough one.

“But ultimately, it’s a one-off game, you have nothing to lose. You just go out there and tear things up. You can just go out and try get that right result to get you into a final, and if you get to a final in Twickenham, it’s anyone’s game.”

Trophies or no trophies, Cueto is just happy to finally see Sale back in the mix.