END_OF_DOCUMENT_TOKEN_TO_BE_REPLACED

Rugby press conference as Eddie Jones and Owen Farrell face the media after England's big loss to the Springboks in the Autumn Nations Series.

END_OF_DOCUMENT_TOKEN_TO_BE_REPLACED

END_OF_DOCUMENT_TOKEN_TO_BE_REPLACED
'Spineless': When the All Blacks massacred the Boks in 2011
J
Jmann 5 hours ago

Back in the sport's golden era.

Jack van Poortvliet must start against the All Blacks - Andy Goode

England were always expected to physically dominate Japan but some key lessons will have been learned and Jack van Poortvliet has to start against the All Blacks.

The contrast between Saturday and the stagnant performance against Argentina a week earlier was stark and the way the 21-year-old mixed up his game and injected pace at the right times was a major factor in that improvement.

It’s not a reflection on Ben Youngs, who still has a huge amount to offer moving forwards, but the younger man is in better form and has shone brightly every time he’s pulled on an international jersey. He has to be given his head for the big one.

Off the back of the platform given to them by van Poortvliet and the forwards, Marcus Smith and Owen Farrell had some positive moments but I wouldn’t describe it as a breakthrough game for them as a combination against a poor Japan side.

England made it on or over the gainline with two thirds of their carries and were on the front foot most of the time with ball in hand and it’ll be a very different challenge for them this weekend against New Zealand.

Scotland may not have got the job done against the All Blacks but they did show the physicality that’s needed if you’re going to beat them. England stepped things up in that department against Japan and, despite scoring seven tries, it was the defence that impressed most. 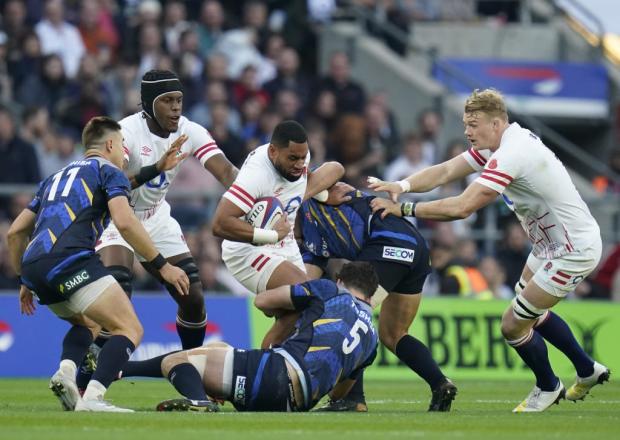 They made a massive 175 tackles but it was the line speed that made the difference and that did take the mind back to the 2019 World Cup semi-final when England came up hard and straight and put New Zealand under all sorts of pressure.

There was such energy in defence against Japan, which was an amazing transformation from the lethargy we saw against the Pumas, and if they can replicate that and combine it with the necessary physicality, then there’s no reason they can’t achieve back-to-back wins against the All Blacks for only the second time.

Physicality comes in different forms, though, and it doesn’t mean just picking the biggest side possible. We know Eddie Jones likes to pick a big number six but the selection in the back row, as well as at scrum half, will tell us a lot about the England head coach’s mindset.

Jones has selected almost 200 different players during his tenure but he does tend to revert to type and go with his tried and trusted lieutenants when it comes to the crunch.

Billy Vunipola has been in good form of late but Sam Simmonds impressed when given his chance. I can’t see it happening but there’s no reason why they can’t both start in the same back row against New Zealand.

There was a bit of trepidation about the prospect of facing the All Blacks and Springboks back-to-back last week but there were enough improvements ball in hand, and predominantly in defence, for that nervousness to have turned to excitement.

I’m not sure New Zealand are there for the taking, which is the rhetoric a lot of people seem to want to go with, but selection will be key for England and if they go with the youthful exuberance and energy of van Poortvliet, I think they might just stand a chance.