Ireland could drop to lowest world ranking ever this weekend

Ireland could drop to their lowest spot ever on the World Rugby Rankings table – the governing body have revealed.

According to World Rugby, Ireland could fall as low as ninth – their lowest ever rank – depending on how the weekend’s rugby pans out. Ireland currently sit in sixth, having fallen from fifth after consecutive losses to Wales and France.

They are on 82.31 points, marginally ahead of Wales in 7th with 82.11. Scotland are in 8th with 81.29, having fallen from 7th with their loss to Wales, who swapped places with them last weekend.

If Eddie Jones’ England lose to Wales, they will lose their third spot to France, whose match against Scotland in Paris has been called off.

Wayne Pivac’s Wales will climb two to fifth with victory – even if Ireland pick up a highly likely win over Italy.

Despite their appalling run in the Six Nations, Italy will climb two to 12th if they end their losing run against Ireland. A loss to Ireland will see them go 30 games without a win in the competition, a record losing run stretching back six years. 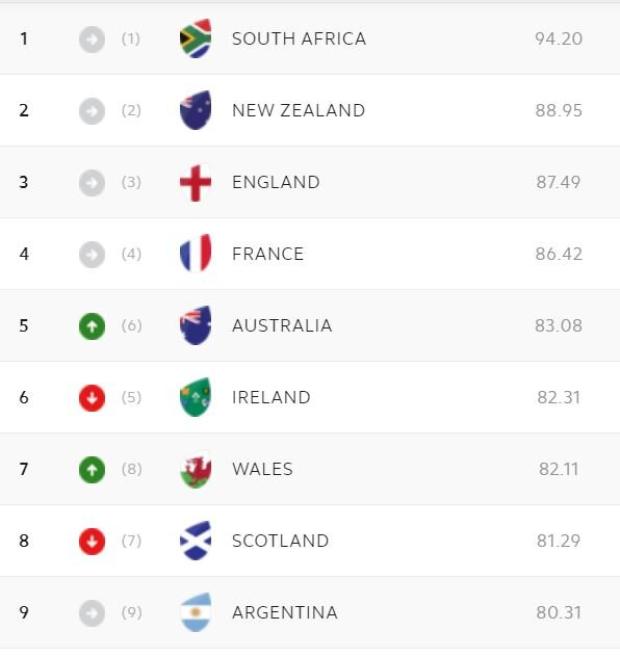