'He appeared a little bit aloof and arrogant to me': 'Spirit of Rugby' Ep 4

RugbyPass is sharing unique stories from iconic British & Irish Lions tours to South Africa in proud partnership with The Famous Grouse, the Spirit of Rugby.

In episode four of Spirit of Rugby, Jim Hamilton talks with John Bentley, Rob Kearney, Ian McGeechan, Simon Shaw, Stephen Jones, Rob Wainwright and Jeremy Guscott, who discuss the relationships that are formed during a Lions tour when four teams come together. The players from the 1997 tour also reflect on Bentley’s iconic individual try against the Gauteng Lions.

John Bentley
“The key ingredient about the Lions is becoming a team, and that’s got to happen very quickly in short space of time.

“I’d never met Jerry Guscott, I’d never met [Lawrence] Dallaglio, I’d never met [Martin] Johnson, and I travelled down with Tony Underwood to Weybridge in Surrey in his Range Rover and I asked him about Dallaglio, Johnson, I asked him about Guscott, because I’d formed my own opinion on Guscott and it was based on a number of things. He appeared a little bit aloof and arrogant to me, from afar. Anyway, we were in the room on the day that we met and I watched the players come in and I was being introduced to different players and it was great, so exciting. They were so friendly and it was brilliant. I saw Guscott come in- what a presence. We got brought together and I put my hand out to shake his hand, looking straight at him in the eyes and he put his hand out, took mine and said ‘ah, Bentos’- he called me Bentos, he didn’t know me- he said ‘I’ve heard a lot about you, looking forward to spending some time.’ And he laughed and I thought ‘wow’. 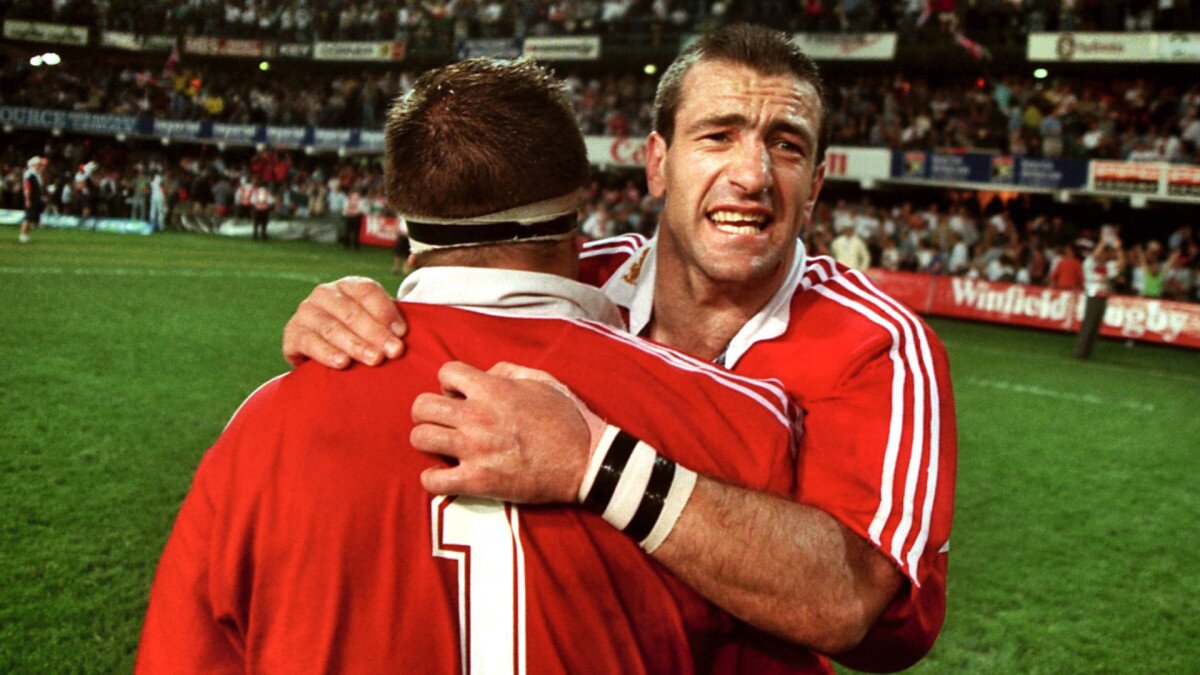 “We’re great friends, I love him to bits, and it was tailor made for him to make the drop goal. I remember Johnson taking it into contact, and [Matt] Dawson ended up throwing the ball back. We were fifteen apiece, so dramatic, and of course it had to be Jerry who dropped the drop goal, it went over, three minutes left, then the final whistle went.

“It was a crazy moment for me that, it was an awkward moment. At the final whistle, we’d achieved what we set out to do, and what was frustrating for me was I thought ‘there’s so many places I want to be right now.’ There’s everybody on the field, there’s the boys who are a massive part of what we are in the stadium, and then there’s my family back home. It’s probably the biggest moment of my life and I wanted to share it with my family who were probably watching it. I remember thinking to myself afterwards ‘God no, why, why, why of all the people, why did it have to be Guscott.’ But that’s him.

“I remember the ball getting hacked through to Neil Jenkins just outside his own quarter and I looked up and there was a hooker and a back row forward stood in front of me thirty metres away with ten metres space outside. So before Jenkins actually picked the ball up, I called for it. Good as gold, he threw it to me. So the first bit is planned.

“So I go round the hooker, might get round the back row.

“The fly-half was coming across, cut inside him, cut inside another player and ended up under the posts getting tackled by the person I’d cut inside.”

Rob Kearney
“You can have all the gameplans in the world you want and the structures on how you want to play but if you don’t bond really quickly as a team, it doesn’t matter, you throw it all out the window.

“One of the great things about the Lions is that everyone genuinely leaves their egos at the airport. And when you’ve got thirty or forty people who are like minded and really making efforts to get to know one another, some of the relationships that you can build in a short space of time is quite incredible.”

Ian McGeechan
“To be a Lion, you’ve got to understand its uniqueness. You have to be adaptable and you have to share everything you’ve got together. And then you bring the best out of each other.”

Simon Shaw
“A couple of times, I went into tours with a bit of imposter syndrome. You get there and you think ‘what am I doing here.’ You look across the room and [Brian] O’Driscoll’s there, [Paul] O’Connell’s there, Martin Johnson. You go ‘how on earth did I get here?’ And it only takes one tap on the shoulder, like Doddie Weir did for me in 1997, and it’s suddenly all just a bunch of lads in it together.”

Stephen Jones
“When we got to South Africa, the first person I shared with was Keith Earls. Being the youngest member of that touring group, he had the responsibility of looking after the mascot, Lenny the Lion. He was so scared of the Irish boys breaking into our room and stealing the mascot. Every time we’d leave the room he’d have to hide it in a different place. He was on edge.

“I didn’t mind losing Lenny the Lion because he wasn’t my responsibility!” 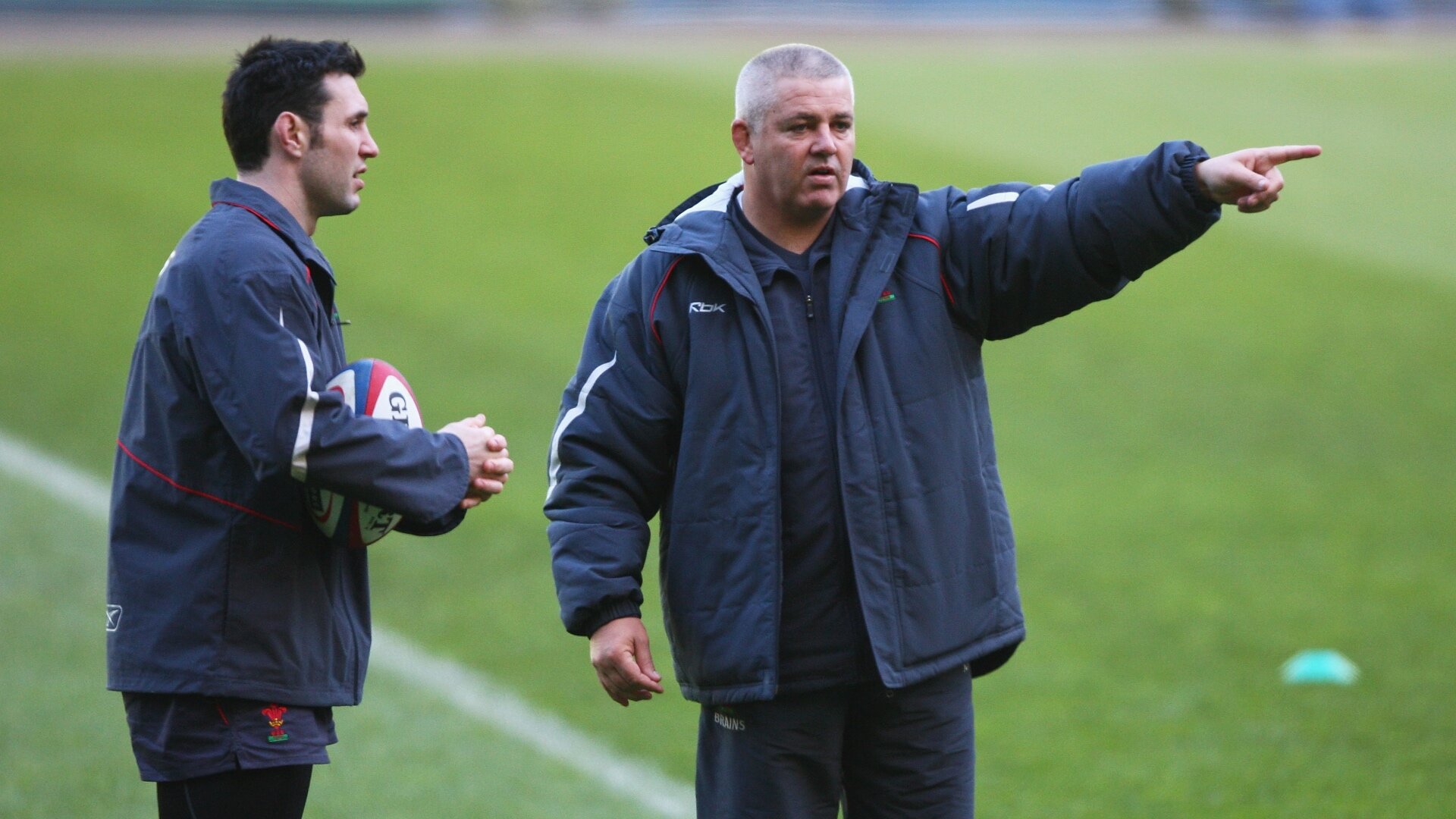 Rob Wainwright
“When we first came together, there was a lot of tigers pacing around each other just sizing up, working out how to move from that relationship which is the opposition person, the person who you were a rival to, but on a baser level you may have a lot of negative thoughts about and it was about turning that into a positive relationship.

“We knew when Bentos got the ball, there was no point supporting him looking for the pass. You support him if he gets tackled. Then you’re going to have to ruck him.”

Jeremy Guscott
“Bentos, God bless him, I think at one stage Bentos thought he was more famous than Nelson Mandela out in South Africa.

Guscott also provided his take on Bentley’s try against Gauteng: “So I saw him get it, and I thought ‘right, where can I get close to him to score for us or do something.’ He got past the halfway line, probably around the opposition ten metre line and I’ve come on a scissors and I felt that I would have been through if he gave me the ball. But Bentos thought ‘this is mine and mine only.’

“It was one of the best tries we’ll ever see in a game of rugby.”

'He appeared a little bit aloof and arrogant to me': 'Spirit of Rugby' Ep 4