'Every other time we've picked him at fly-half, we've won' - Hooper hopping over loss but won't blame playmaker

'Every other time we've picked him at fly-half, we've won' - Hooper hopping over loss but won't blame playmaker

Bath director of rugby Stuart Hooper pointed to telling mistakes in his side’s 23-19 defeat at home to Scarlets in the opening round of the European Champions Cup.

The Welshmen were inspired by full-back Leigh Halfpenny who kicked three penalties and two conversions to keep his side within touching distance and then denied Bath fly-half Josh Matavesi a try at the death.

Hooper said: “We had opportunities and didn’t take them, whether that be on a strike play in attack or from defence. Those are the moments that add up.”

The King of Bath:

Hooper said: “Every other time we’ve picked him at fly-half, we’ve won.” 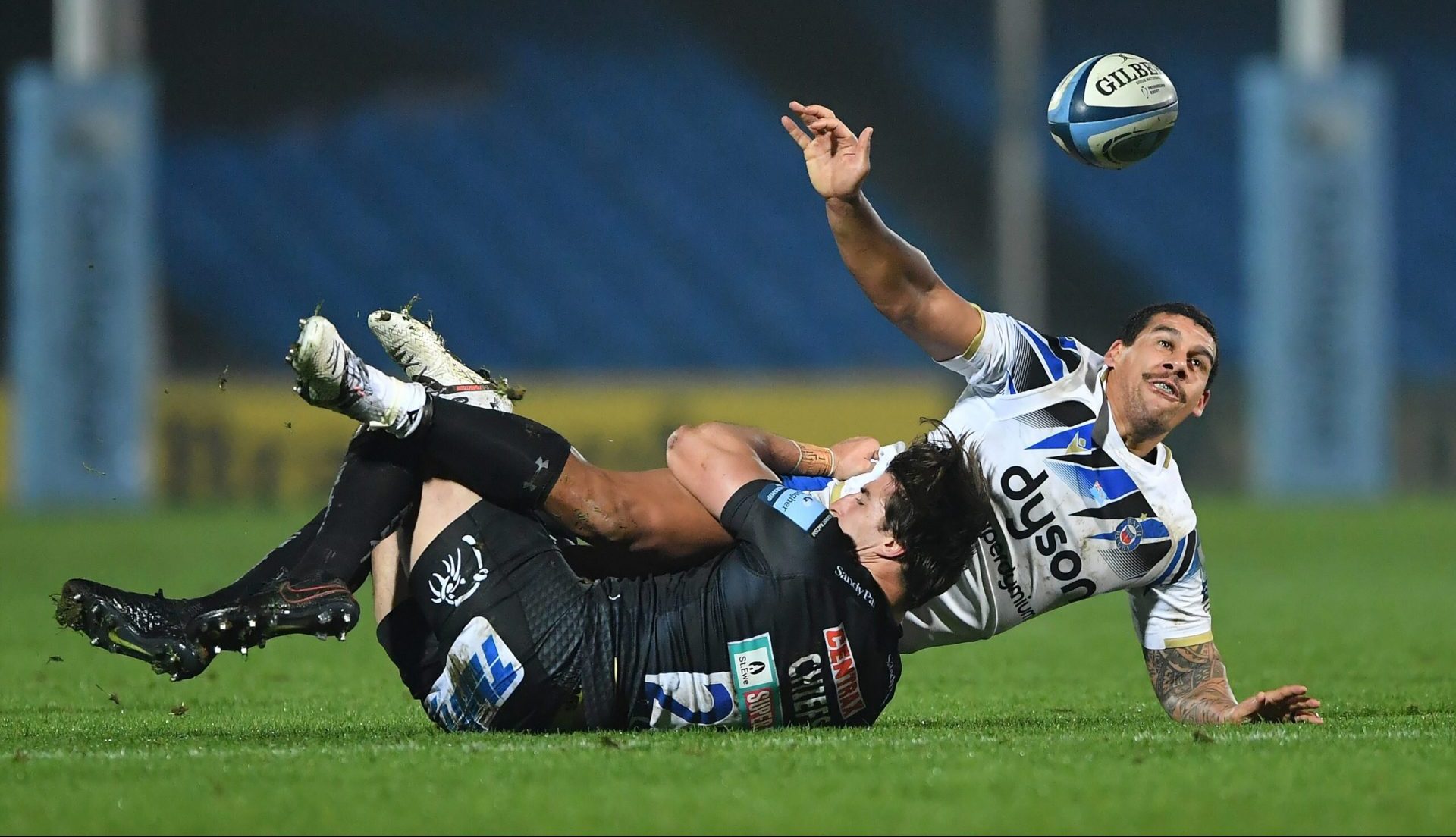 Josh Matavesi playing for Bath in a previous match /PA

The Bath boss added: “We gave up possession too easily. We had opportunities at the back end of the game. We were camped for two minutes 45 seconds on their line. If we’d been more accurate there we win the game.”

Hooper added: “It’s top-level rugby. You’ve got to adapt and interpret the way the game is being refereed, which is part of the challenge of the competition. If you don’t do that, you lose. That’s a fact.

“Any opportunity to play is good for the players but it’s about winning. We came up short because of the inaccuracies I referred to. We’ll learn from it for sure but we’ve got to go to La Rochelle next weekend and get a win.

"I was actually sitting next to him when it went down.”https://t.co/pZNyqZpAFZ

“It was good to see the boys trying to attack on both sides of the field and to get the ball through the hands. But there is frustration too.”

On the return of supporters to the Rec, with 2,000 being let in for the first time since March, Hooper said: “I drove in today and to see supporters walking through the streets with scarves and hats, it was heart-warming.

“It’s a huge part of the game. For our players, they were buzzing. They enjoy playing good rugby and winning but they feed off the crowd enjoying it.”