Bath fell at the first hurdle in their European Champions Cup campaign, beaten at home for the second time in three seasons by Scarlets who triumphed 23-19. The Welshmen were inspired by full-back Leigh Halfpenny who kicked three penalties and two conversions to keep his side within touching distance and then denied Bath fly-half Josh Matavesi a try at the death. 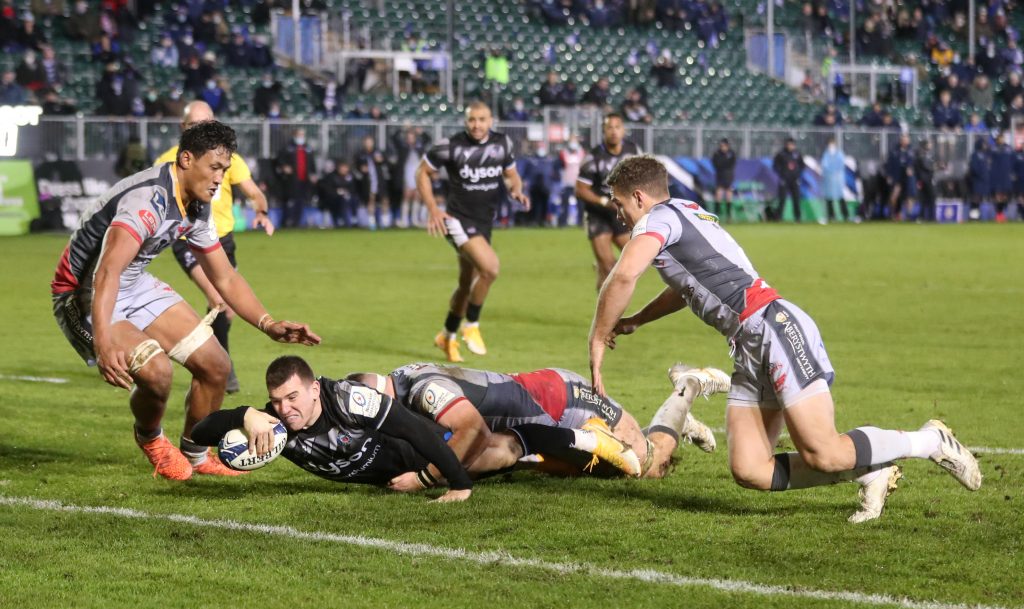 Bath could still have won the game deep into stoppage time but another last-ditch tackle on the goal-line, this time by number eight Sione Kalamafoni, prevented Ben Spencer from snatching victory for the English club.

The All Blacks top priority:

The All Blacks top priority:

Bath were first on the scoreboard with a Spencer penalty after Ruaridh McConnochie’s break forced a ruck penalty.

Scarlets scored the first try though, as they worked the ball to the left and Steff Evans easily evaded opposite number Joe Cokanasiga. He found scrum-half Gareth Davies in support and his sidestep did the rest.

Halfpenny converted but was just short with a penalty attempt from halfway after Anthony Watson was caught in possession running back a hoisted kick from his own 22. 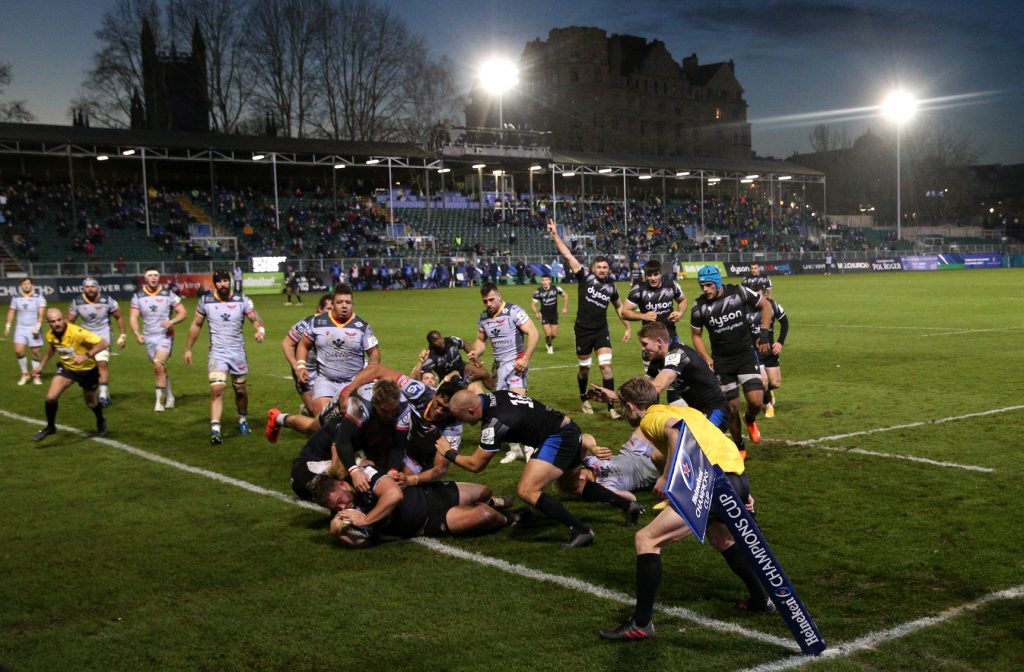 Scarlets were living dangerously themselves and the home side should have scored from a spilled ball in midfield. But Zach Mercer, on the field while Taulupe Faletau was being assessed for a head injury, passed to a grey shirt instead of black.

Mercer quickly made amends, however, featuring in a bout of inter-passing on the left which was carried on by Jonathan Joseph and Sam Underhill who offloaded expertly for McConnochie to finish in the corner after 18 minutes.

Spencer’s left-footed conversion was wide but Bath were firmly on the front foot at this stage and the scrum-half landed a straightforward scrum penalty which put Bath 11-7 ahead after 26 minutes. 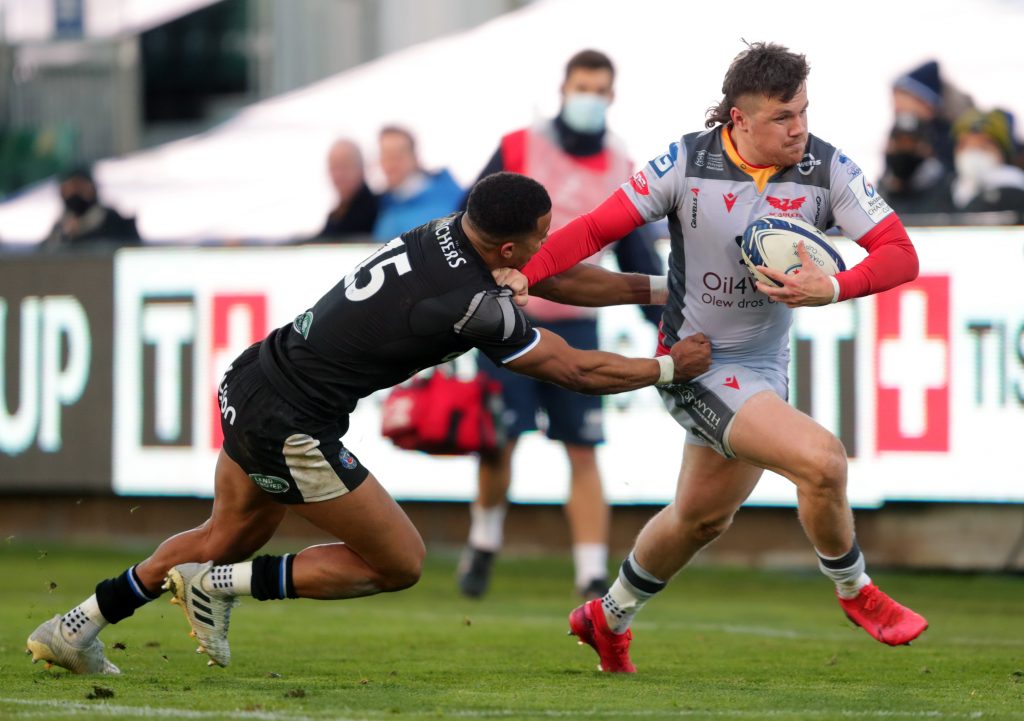 Faletau did not return and HIAs also accounted for fellow Welsh international team-mates on the opposing side, Jake Ball and Samson Lee.

Yet the Scarlets continued to find space on the left and also to prosper at the breakdown, chiefly through Jac Morgan.

Halfpenny narrowed Bath’s lead to one point with a fine angled penalty from nearly 50 metres but sloppy work at the restart handed Spencer another penalty kick to put Bath 14-10 ahead at the break. 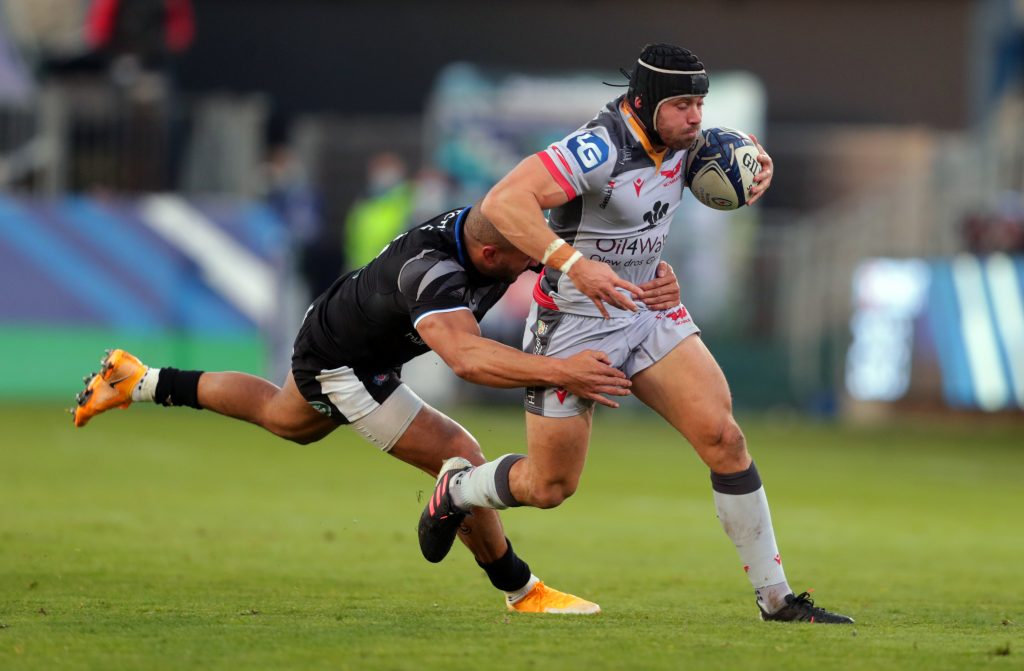 Halfpenny’s accurate boot again raised Scarlets’ hopes after 47 minutes but the Bath pack regrouped to force a five-metre scrum and eventually fashioned a try for England tighthead Will Stuart. Although unconverted it opened up a six-point gap.

The lead was still only one score though and Scarlets opened up the home defence all too easily after 63 minutes to leave replacement Kieran Hardy an easy run-in to the posts, with Halfpenny adding the conversion to put his side 20-19 in front.

Other than their mauling game, Bath were looking increasingly ragged and Halfpenny landed his third penalty before denying Matavesi at the other end by somehow getting under the ball.