The Red Rose boss warned France’s new-look side to prepare for a level of “brutality” and “violence” they have never experienced before in the build-up to Sunday’s Guinness Six Nations opener.

But instead it was a youthful Les Bleus side which dished out lessons in physicality as they dominated Jones’ men in a one-sided 24-17 triumph.

Jones has never been shy on things to say about Gregor Townsend’s team, famously damning them with faint praise when he declared them the “darlings” of Europe two years ago.

WATCH: Press conference with England head coach Eddie Jones and captain Owen Farrell after their side’s 24-17 loss to France in their Guinness Six Nations opener at the Stade de France

But it was the Scots who have had the last laugh since, first beating the Auld Enemy at Murrayfield in 2018 before staging a remarkable fightback to claim a stunning 38-38 draw at Twickenham last year.

Jones’ words may not have done his team any favours but Dell is a fan of the outspoken Australian.

The keen Liverpool fan even likened him to Jose Mourinho and believes his tactics pay off more than they fail.

The London Irish forward said: “You’d assume (England will be angry), especially after what Eddie’s been saying in the media.

Is the experiment coming to Sale any time soon?https://t.co/RUpECAksdE

“I don’t think he did his players much justice throwing them out there to that. They’re a team full of pride with players who have achieved a lot, so they’ll be hurting.

“They’re coming here to make a statement having not beat us for two years. Eddie I know will be in their ears. He’s a smart man and he will be hyping them up the right way.

“I don’t think he has too much to say. Look at football and how Jose Mourinho used to do it. I think he’s very sharp in that way.

“He takes the focus away from his team and lets them get on with what they need to do and he lets the media get on to him.

“That’s fantastic for a manager to do but sometimes it backfires.”

Scotland suffered defeat to Ireland in their own Championship curtain-raiser in Dublin but have the chance to get back on track when England arrive into Edinburgh this weekend.

However, Dell admits some within his camp had been hoping Jones’ team had made a winning start.

“What does a wounded animal do when it’s backed up in the corner?” he asked.

“It attacks you. A few of the boys were saying they hoped England would smash France and come here and underestimate us a bit. They will have a point to prove now.” 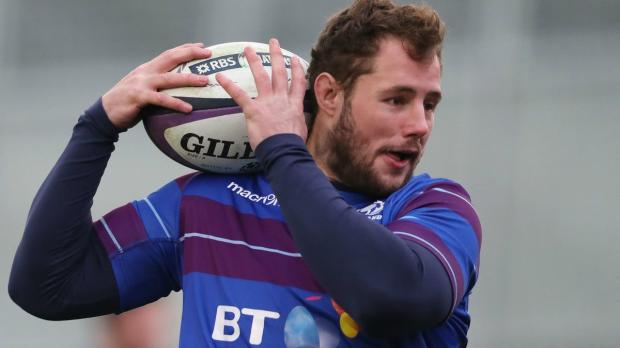 Dell was part of the team which recovered from 31-0 down a year ago.

Only a stoppage-time try from George Ford spared England’s blushes after the Scots came roaring back after the break.

But the former Edinburgh front-rower admits his side cannot afford to make such a slow start this time around.

He said: “The first half was dark. We need to make sure we don’t make the mistakes of last year and let them start quick.

“The second half was unbelievable. We just couldn’t hold on at the end. We lost our cool and got a bit excited.

“We’re a nation of fighters. Our history is full of tales of us having our backs against the walls and fighting our way out of it.

“But this is Test rugby and we can’t afford to give teams a head start. With the second half we had, we should have won that game but with the lead England had from the first half, they only needed one try and it ended as a draw.

“We just need to make sure we stay in the fight the whole time.”