END_OF_DOCUMENT_TOKEN_TO_BE_REPLACED

The round one Six Nations Injured XV

END_OF_DOCUMENT_TOKEN_TO_BE_REPLACED

Nigel Owens came in for some criticism at the weekend from English fans aggrieved by the Welsh man’s decision making during their clash with Scotland at Murrayfield.

Away from the pitch Owens also managed to make the headlines through a rather unusual BBC subtitling error.

According to Wales Online, while in the process of carding Underhill the subtitle initially read: 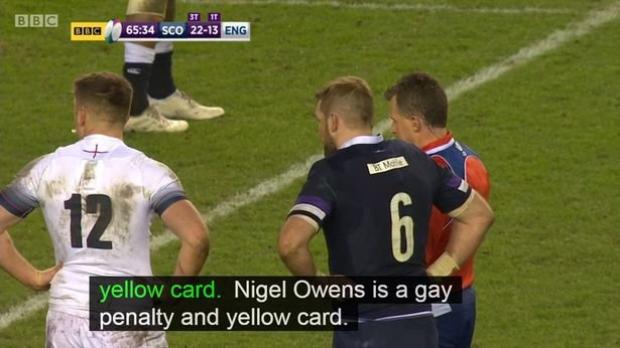 Which was quickly corrected to  ‘Nigel Owens is saying penalty and yellow card’. 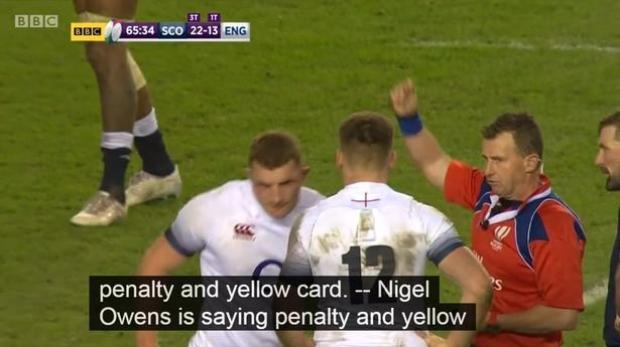 In an attempt to clarify how such a blunder occurred a BBC spokesperson said:

“Our live subtitling service produces accuracy levels in excess of 98% but, as with all broadcasters, there are instances – particularly during live broadcasts – when mistakes happen.”

“On this occasion the voice recognition subtitling software made an error which was spotted and corrected immediately.”

Naturally, Twitter was quick to pick up on the blunder, with a flood of tweets from bewildered viewers.

BBC subtitles during the #SCOvENG match actually stated “Nigel Owens is a gay”…. no lie. Huge blunder from @BBCSport