There’ll be a lot of people glad to see the back of 2021 but rugby has survived, improved as a spectacle and shown there’s much to look forward to in the New Year.

It’s been a mixed bag of a year and, whilst we’re certainly not out of the woods in terms of the pandemic and all of its implications yet, the doom and gloom of a year ago has lifted a bit and the various professional clubs and unions have made it through without going bust.

That threat remains very real and in terms of the overall product, as well as the obvious financial factor, the one overriding message to come out of rugby this year has to be the importance of fans. Players, coaches, clubs and unions won’t take them for granted again.

The whole of the 2021 Six Nations was played behind closed doors and the British & Irish Lions tour to South Africa was full of hype but the action on the pitch did little to lift people and the absence of fans was a major reason behind that. 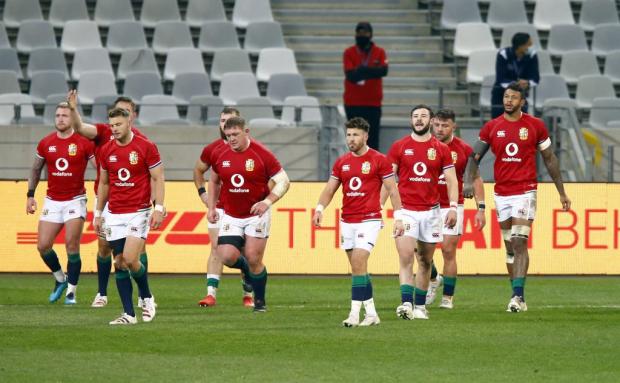 In fact, the most memorable aspect of that tour was probably Rassie Erasmus’ 62-minute video. He overstepped the mark in that one and is currently serving his ban but that hasn’t stopped his social media activity!

Supporters were back for the Autumn Nations Series and it made the world of difference with England putting the memory of losing to all three of Ireland, Wales and Scotland for the first time in 45 years behind them to record a clean sweep of wins.

It was Ireland and France’s autumn though as both beat the All Blacks and did so equally convincingly, albeit in very different fashion.

More will be expected of Ireland next year but it is France who have laid down a marker more than anyone else on the international stage over the past year and I expect 2022 to be their year to an even greater extent.

Toulouse won the Top 14 and Champions Cup double and the French provided three of the four semi-finalists in the top tier of European competition as they completely dominated at club level.

World Player of the Year Antoine Dupont, Romain Ntamack and co then did for New Zealand and it’s amazing to think that France haven’t won the Six Nations since 2010. I’m picking them to lift the trophy this year with a home World Cup on the horizon in 2023.

The Six Nations looks as wide open as it’s ever been in 2022 and even Scotland will fancy their chances if they retain the Calcutta Cup on the opening weekend but I think it’s going to be the year of Les Bleus this time around.

On the domestic front, the Harlequins story has been a remarkable one. Things didn’t look good when Paul Gustard left in January but the manner in which they won the Premiership just five months later was enough to lift anyone’s spirits.

Marcus Smith was integral to that and many have written that 2021 has been his year but there’s much more to come from him in the next 12 months. A Premiership title, first England caps and a Lions call-up isn’t bad going but it’s very much just the start.

There have been some real highs in 2021 and, crucially, the entertainment seems to have gone up a notch from the kick-dominated rugby we were seeing 12 months ago but all the postponed Champions Cup and URC games over the past few weeks are a stark reminder that the sport is still teetering on the brink.

Rugby can’t take another year like 2020 or 2021 and we all hope it’ll be a case of onwards and upwards in 2022 but, whatever the coming 12 months have in store, fans have to be at the heart of it all.

The New Year is a time to reflect as well as to look ahead to the future and you can tell it’s been the craziest of years when I end it predicting a triumph for the French in 2022!