'If the clubs want elite women's rugby, we should be looked after'

This week, Wales forward player Alisha Butchers had to fundraise to cover the cost of ankle surgery following ligament damage sustained while training with Bristol Bears. The club partially funded the surgery, leaving the Welsh international to fundraise the remaining £4,995 herself before her operation on Saturday 6 March.

On International Women’s Day, when the clubs (including Bristol Bears Women) are celebrating their commitment to the women’s game, it’s a sad reminder of how far away women’s rugby is from any kind of equality.

This fundraising further highlights an issue on the minds of many Premier 15s players. Their move to semi-professional status means that for many, Butchers included, the medical insurance they had in place no longer covers them. A large number of Premier 15s players are classed as semi-professional, although this often does not equate to much money at all. One player told me that their match fee does not even cover the cost of petrol to get to training and matches.

Despite the small amount they are often paid, a number of non-English Premier 15s players told me that they have also been asked to provide their own sports medical insurance, as Premier 15s clubs are due to stop funding insurance for non-England players. A number of players I spoke to have no suitable insurance, because the cost for the specialised semi-professional insurance they need can be over £150 a month.

Many players, including Butchers, had health insurance that became void once the clubs moved to semi-professional contracts. Unfortunately, this realisation came too late for Butchers, who also had not realised that her contract with Bristol Bears did not cover her medical care.

I don’t even know where to start with this. A CURRENT premiership & international player is having to self fund an operation on the back of an injury sustained training?!

Surely as a sport we need to look long and hard at what is prioritised to protect/support players? ?? https://t.co/KmTjmmuEAT

Butchers told me: “I have been completely overwhelmed with the amount of support I have received from this. Not only family and friends but people that I have never even met before are donating and sharing kind words. Thank you to everyone that has helped me on this journey.” The 23-year-old also thinks more could be done to educate semi-professional women’s rugby players about the insurance you need.

She is the third Premier 15s player in recent memory who has had to fundraise to receive vital surgery needed to continue their international and club duties. Wales winger Jess Kavanagh ruptured her ACL when playing an internal training game for Sale Sharks Women, and was left financially unsupported by the Welsh Rugby Union, or the club for which she was training for at the time.

Sale Sharks’ Daisy Hibbert-Jones is also currently fundraising for knee surgery, having ruptured her ACL and meniscus in her left knee during a game on 20 February against DMP Durham Sharks. The Sale player is trying to raise £8,000 to cover the costs of her scans, surgery, and aftercare. The flanker also works for Sharks Community Trust and was recently selected for the England U20s training squad.

Thank you to everyone that has got me to this stage. I will be forever grateful for the support I have been shown at a difficult time.

I am not the only player going through this. Let’s support Daisy and get her the money that she needs?https://t.co/Mr3QZDdro3 pic.twitter.com/Tj9VsQDqrc

Jess Kavanagh explained to me why it is so important that players receive private healthcare, following comments online speculating why the players need to fundraise instead of going to the NHS. “I got told that the waiting list for the NHS would be 19 months before I would get my operation,” Kavanagh says. “If you put that into my perspective, I would be 32 or 33 having my operation and then nine months of rehab. That would put me at 34. Would I be able to play international rugby, or a high standard of rugby at 34? I don’t know. It’s not a gamble, but it means I would be out of rugby for three years if I waited for the NHS.”

As the women’s game slowly turns semi-professional, it is disappointing that so many are still forced to ask the public for money. How, in 2021, are players having to feel embarrassed to ask for money, because their clubs or countries will not support them?

I spoke to a representative of Wales Women, who said that in both Butchers’ and Kavanagh’s cases, it is the club’s responsibility and not the Welsh Rugby Union’s. I can understand that, as the injuries didn’t happen while playing for Wales. The WRU says that if the injury had occurred in a Wales game or training session, the women would be looked after, and medical care would be provided. But Welsh women have little choice than to play in the Premier 15s if they want to play regular elite women’s rugby. The WRU has failed to provide a high-standard domestic tournament for the women to play in. That’s despite many of them being devoted to their regional sides, which have strong community links. Some play for both a Premier 15s club and a region, when regions do play, but all have to go to England for a regular, well-structured tournament. 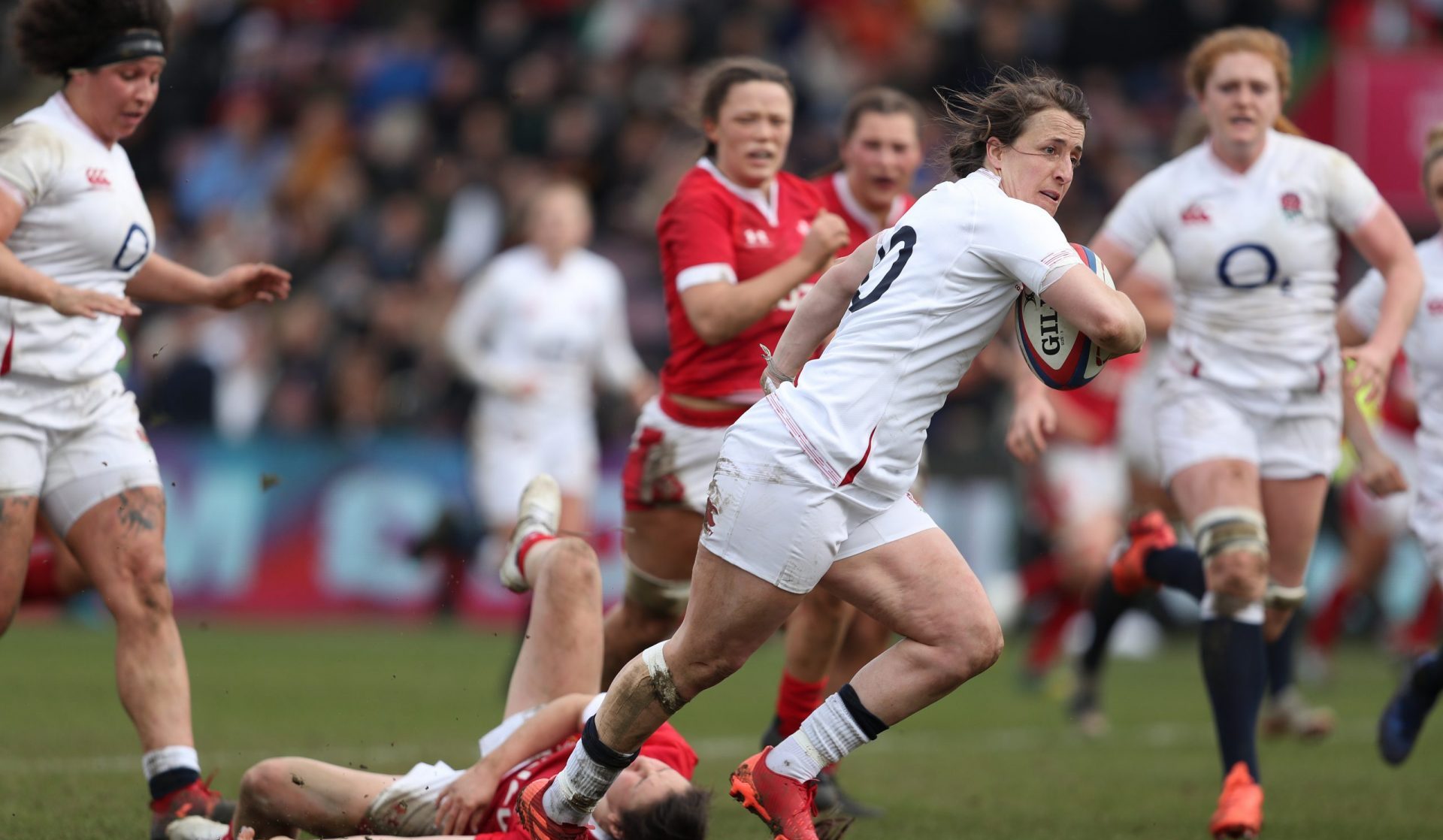 At the very least governing bodies should provide full-time medical insurance for the players who are in the training squads for their country. You have to wonder when unions other than the RFU will start taking better responsibility for the women who not only put their bodies on the line for their country during international tournaments, but also careers, as almost all of them have full-time jobs due to not receiving a penny from their country.

Premier 15s clubs seem to be moving their attention and money away from non-English players, which could be linked to the ongoing RFU consultation about a possible cap on international players in the league. No rugby club has a lot of money right now, but it feels bizarre that a club would have an elite women’s team when they cannot afford to provide medical provisions for those players. I worry that in a race to be seen to support women’s rugby, clubs have started women’s teams without the appropriate funds to be able to support the players medically.

Kavanagh, who has 19 caps for Wales, agrees. “We are in 2021, and everything should be equal. I really want to push for equality and push the women’s game, but if the clubs want to have a team of girls playing at an elite level, we should be looked after. We play for the club and represent the club… we are just women who want to play rugby and want to play rugby well.

“We also juggle a full-time job or there are students, rugby is not our job. I find it really hard to come to terms with that. Yeah, it’s the men’s job and they bring more income to the club when we have supporters and I do get that, but they get paid a more substantial amount for playing than the girls, and they also get cover for their injuries. I don’t want to shoot myself in the foot, but we are in 2021 and we should have come forward in leaps and bounds. Nothing has changed since when I started playing in 2005.”

#IWD2021 I am grateful to be surrounded by strong women who inspire me daily. But something @Tanni_GT said last night hits home "I'm over fighting for the same things as I was 30 years ago, it's time to demand” For me 2021 has to be the year of change. We need action. pic.twitter.com/ZWHKKtQHQf

A Wales Women player who wishes to remain anonymous added: “The WRU currently have no provision in the Prem 15s, whether that’s down to it being RFU league or WRU just letting things be I don’t know.
“It’s not sustainable, working full time, travelling four hours round trip to club over the border 2-3 times a week on top of international training, and expectation to train full time and still be able to recover… let alone have any time for family and friends! It’s not sustainable at all, girls are suffering, we do it for the love of the game and the desire to represent our country but when it starts affecting health it needs looking at.”

England Women’s players receive medical insurance when they are in contract, which one player told me was significantly better now compared to the amateur era.

Bristol Bears, which is owned by billionaire Stephen Lansdowne, did partially contribute towards Butchers’ medical costs, but she was still forced to ask the public to fundraise the majority of the cost. Kavanagh said she found asking people for money “embarrassing” but was overwhelmed with the support from members of the rugby community.

In previous seasons, the RFU set a minimum standards criteria for all Premier 15s teams to provide players with medical insurance schemes or treatment policy. It is unclear what the current situation is, and players have this year been caught out after assuming their contracts had more support in place.

Nobody playing at the highest level of rugby should have to crowdfund for surgery that is the result of playing for their club. This worry, on top of concerns about overseas player caps in the Premier 15s, provides yet more concerns for elite women’s rugby players. A couple of weeks after the postponement of Rugby World Cup 2021, the gap between men’s and women’s rugby has never been more obvious.

'If the clubs want elite women's rugby, we should be looked after'