'There seems to be an issue with mindset with some of them. Some of the decision-making isn't always there'

'There seems to be an issue with mindset with some of them. Some of the decision-making isn't always there'

The mindset of certain players could be an issue at Sale according to interim boss Paul Deacon as he suffered defeat in his first Premiership game in charge with a 26-23 loss to Wasps.

Deacon, who took over from Steve Diamond following his resignation at the beginning of the month, had suffered consecutive defeats in Europe before this contest and tries from Charlie Atkinson and Tom Cruse at AJ Bell Stadium saw his winless run continue.

Marland Yarde scored his 50th Premiership try as he dotted down twice but it was not enough to take the win as Sale remain fourth in the table, and Deacon questioned the mental strength of some of his side’s stars following the defeat. 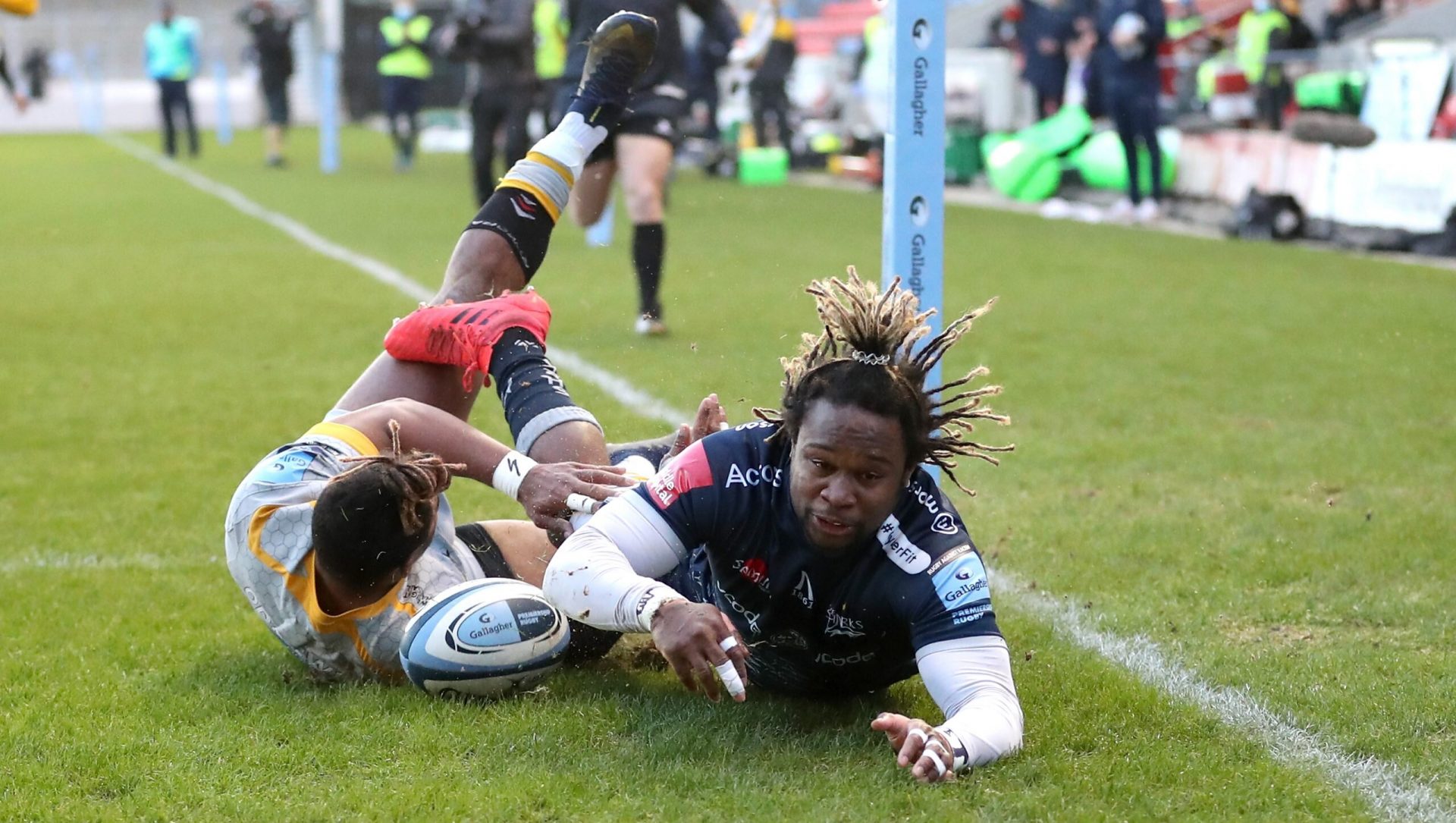 Deacon admitted: “Inconsistency has hit us again. It was a really poor second-half performance from us and this is what happens.

“There were too many unforced errors out there. That’s uncharacteristic I think from this squad, but that’s what has cost us the game in the end.

“There are definitely some things out there that we need to fix. Individually the lads need to improve, but they know that.

“There also seems to be an issue with mindset with some of them. Some of the decision-making isn’t always there, and wasn’t again today, and we do need to be a bit more clinical when we’re on top.

“Maybe it’s more of the mental side that we need to look a bit closer into things, but we’ll keep going and working hard.”

The hosts had led 10-3 at the break but Wasps fought back in the second period, with Atkinson and Cruse both finishing well to earn a crucial second win of the league campaign for Lee Blackett’s side.

Blackett said: “I’m really pleased with the win. I’d just given the players seven days off as we were looking at a nine-day turnaround, so that was a massive gamble.

“A huge pat on the back to all the players, especially given their second-half performance. The lads were excellent.

“If Sale had scored first in the second half the outcome might have been a bit different. We would have been looking at a real uphill battle if that had happened.”

“F**k, I worked in a slaughterhouse for 6 years killing animals & there wasn’t one day I came home from that place & started crying"@jamiebhatti tells @JLyall93 ??? why he left Edinburgh and how homelessness gave him perspective on the rugby bubble https://t.co/8ylg0IDBDt

The win was marred by a serious-looking injury to Zach Kibirige, who was carried off late on, but Blackett offered some encouraging words about his recovery following the game.

“I’ve spoken to Zach and he seems OK,” Blackett added.

“He’s still on the bed, but I would reckon that within a couple of hours he should be fine, all being well.

“He was knocked out cold, and that’s never nice for anyone to see. But all the early indications point towards a good recovery, so of course everyone is happy about that.”

Homegrown hit The Crusaders have built a dynasty on nurturing young talent, not buying superstars. Gregor Paul The old enemy The Chiefs and Crusaders have forged a fierce rivalry in the past decade with a new chapter set for Saturday. Liam Messam Testing times Are the All Blacks going to do the impossible and play less but make more money? Gregor Paul Pulling power The Crusaders have surprised the rugby world by making perhaps their highest profile signing ever. Patrick McKendry Case for the Crusader David Havili is showcasing his wide-range of skills week after week and deserves an All Blacks call-up. Ben Wylie