Reaction: 'Le Humbling' at Twickenham Next
Back

England needed extra time to extinguish France’s brave resistance as they lifted the inaugural Autumn Nations Cup with a 22-19 victory in front of 2,000 noisy fans at Twickenham.

Sudden death was ushered in when Luke Cowan-Dickie finished a driving maul with 29 seconds of regular time remaining, Owen Farrell averting a humiliating defeat against a shadow Les Bleus side by kicking the conversion to set up a grandstand finish

All afternoon Farrell had kicked poorly from the tee and he squandered an early chance to snatch victory against opponents installed as 8/1 underdogs when he hit the right upright.

Why the best players now go to Japan:

When the second 10-minute period arrived and with France struggling to escape their half, England finally broke the deadlock when a penalty won by Maro Itoje was dispatched by Farrell.

Having bullied their way through the autumn, using their snarling pack to submit Italy, Georgia, Ireland and Wales, Eddie Jones’ Six Nations champions hit a blue wall as France faced them down at every turn.

Skilfully directed by fly-half Matthieu Jalibert, Les Bleus showed more intent in attack for an opening half-hour they controlled, and when it became time to defend, they rolled up their sleeves with an attitude that will have delighted Shaun Edwards.

Brice Dulin was set up by Jalibert to cross in the 16th minute, while the boot of Jalibert and Louis Carbonel did the rest as they threatened to upstage their fierce rivals for the second time this year before running out of steam.

England hardly existed as an attacking force, barely firing a shot, and while Jones had talked about learning the lessons of last autumn’s World Cup final defeat to South Africa, they appeared similarly out of sorts here. 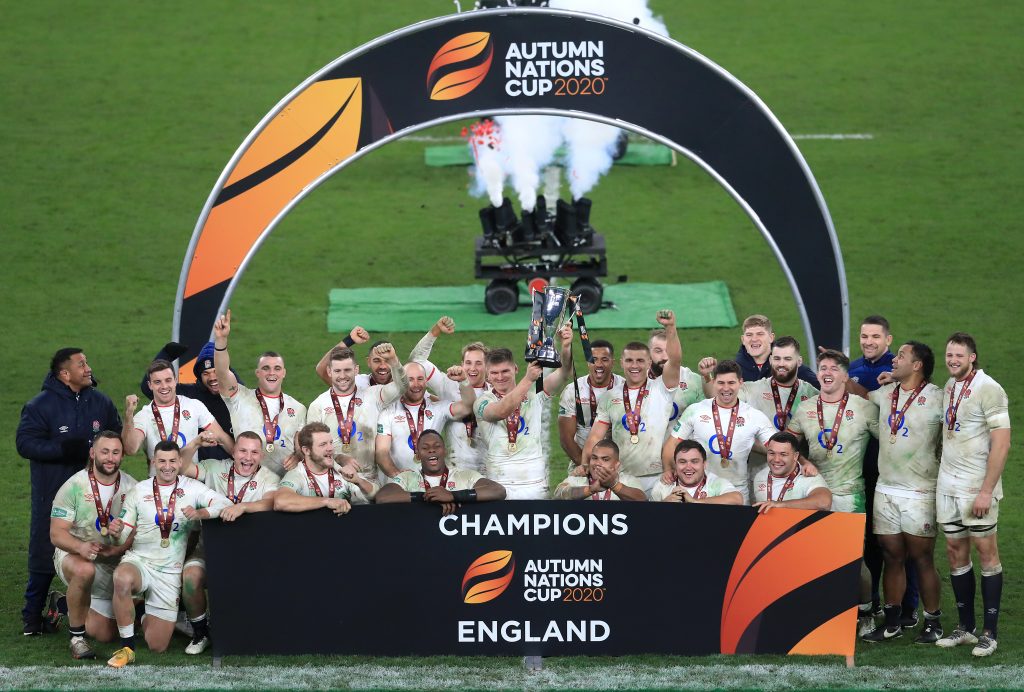 An agreement struck between France and their clubs meant head coach Fabien Galthie was without 25 front-line internationals, resulting in the selection of a reserve team containing only 68 caps.

Arrayed against them in the greatest mismatch in experience in Test history was England’s most seasoned line-up of all time, their 813 caps containing 13 survivors from the World Cup final.

Even France manager Raphael Ibanez understood why the final had been billed as a “farce”, yet right from the start it was clear the visitors were relishing the chance to stage one of the biggest upsets in the rivals’ long history. 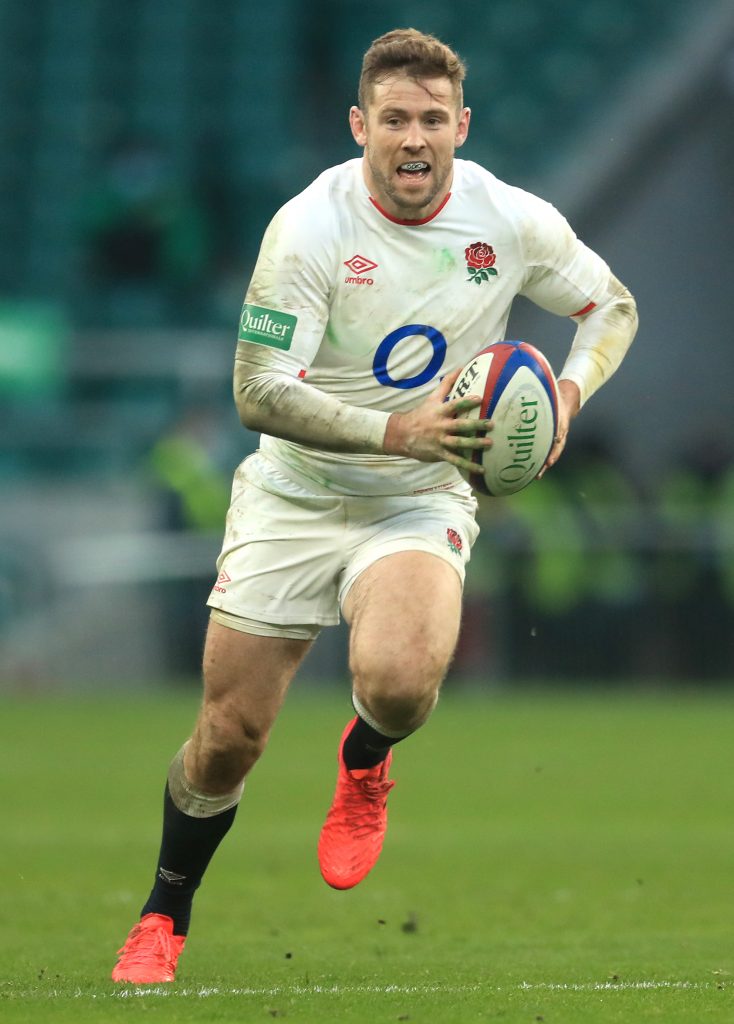 England benefited from the whistle of referee Andrew Brace early on as Farrell landed a penalty, but in the fifth minute they were carved open by a brilliant run from Jalibert.

Taking advantage of broken play originating from a chaotic line-out, Jalibert spied a half gap and seized the opportunity by shrugging off a tackle by Jamie George and evading Farrell before sending Dulin over for a slick try. 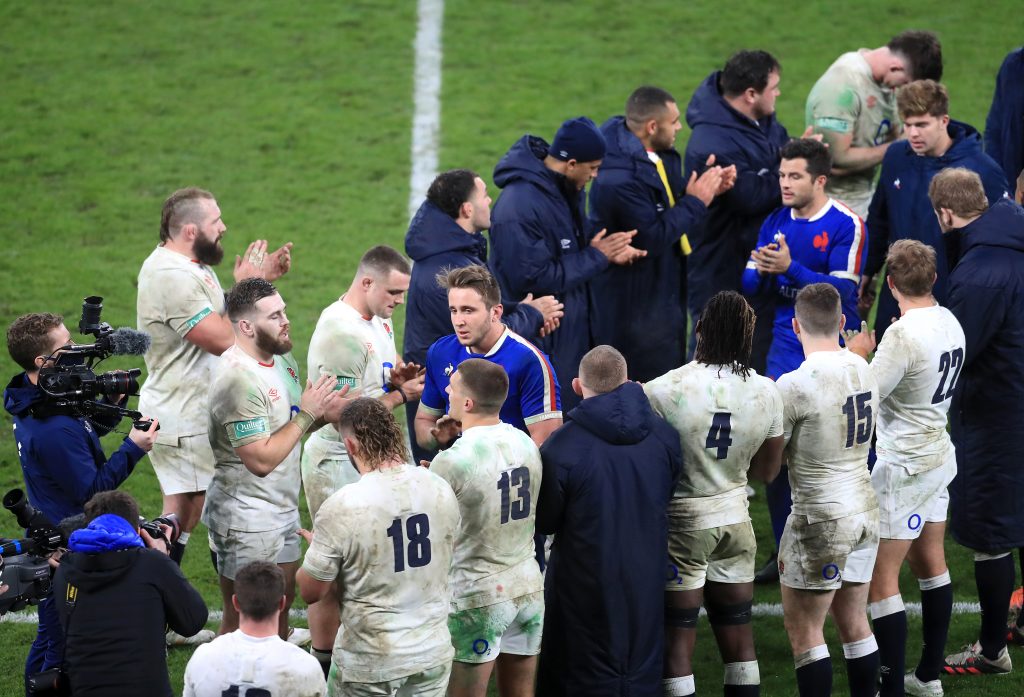 Jalibert’s conversion found the mark before Elliot Daly replied with a penalty, but it was far more than a game conducted from the kicking tee as the fast pace swept play from end to end.

France strung phases together and were at their most dangerous as they used short passes to create gaps, with Jalibert expertly pulling the strings.

Two successful penalties by the Bordeaux fly-half extended the lead to 13-6 and when it was time to defend they showed remarkable resilience to withstand a sustained barrage on their line. 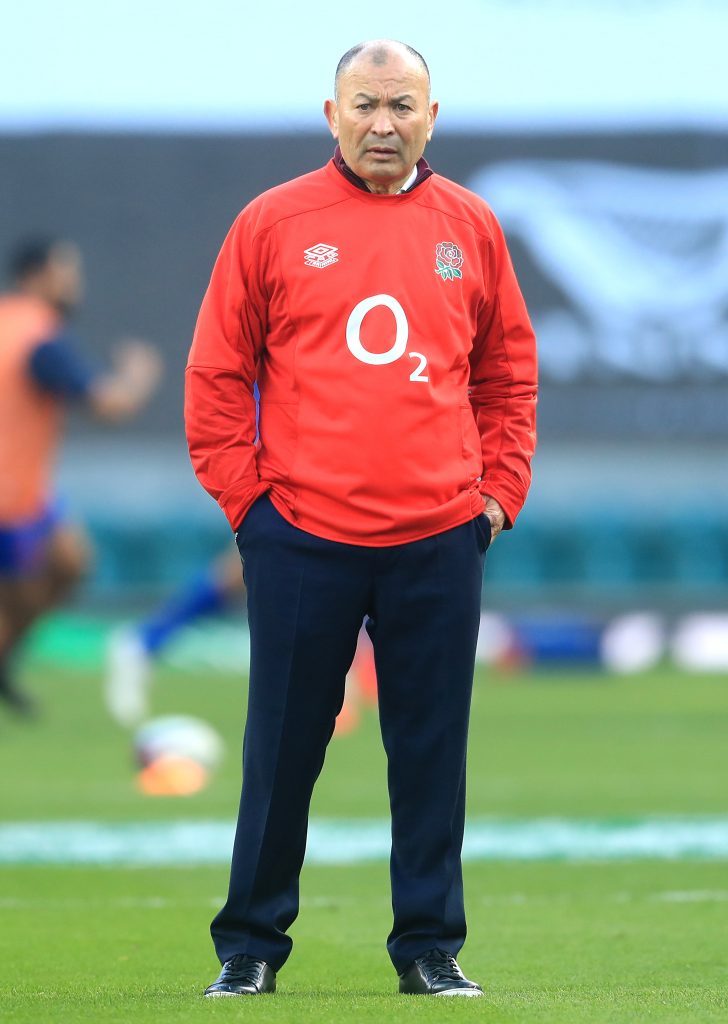 Few teams have proved capable of stopping England’s forwards when pounding the whitewash, but France tackled relentlessly until Ellis Genge knocked on.

Daly stepped his way into a dangerous position and Jonny May almost burst free as England started the second half with a flourish, ending a strong spell with a Farrell penalty.

Even limited to 2,000, the crowed voiced their distaste for a lengthy spell of kicking but, when France looked to break free, Jalibert’s pass to Alivereti Raka landed on the wing’s feet.

Ford and Daly combined to set up a half chance for Anthony Watson as play unfolded in the opposition half with increasing regularity.

As Farrell floundered in front of the posts, replacement fly-half Carbonel was on target until Farrell finally readjusted his sights.

But Carbonel rifled over his second after an explosive run by Raka set up field position.

With 29 seconds left on the clock, Cowan-Dickie swept England over the line, setting up the nail-biting conclusion.