END_OF_DOCUMENT_TOKEN_TO_BE_REPLACED

END_OF_DOCUMENT_TOKEN_TO_BE_REPLACED
'Spineless': When the All Blacks massacred the Boks in 2011
m
marc 12 hours ago

END_OF_DOCUMENT_TOKEN_TO_BE_REPLACED

World champions South Africa made a winning return to Test rugby with an ultimately comfortable 40-9 success against stubborn Georgia.

Playing their first match since 2019’s final against England, and under new coach Jacques Nienaber, the Springboks were made to work hard in the first half before pulling clear in the second.

With the three-Test series against the touring British and Irish Lions looming later this month, Nienaber’s side were given the chance to get battle-hardened in what initially looked like being a difficult encounter.

Aphelele Fassi, one of a pair of debutant Boks wingers, outpaced two defenders for an early try but the hosts were pegged back by Tedo Abzhandadze’s second and third successful penalties to trail 9-5 with half-time approaching.

Handre Pollard was denied a try by the TMO but South Africa went up a gear in the five minutes before the interval, helped by the sin-binning of Georgia flanker Beka Saghinadze for a maul offence.

Hooker Bongi Mbonambi was the scorer as the Springboks pack drove over the line and a second scored quickly followed. 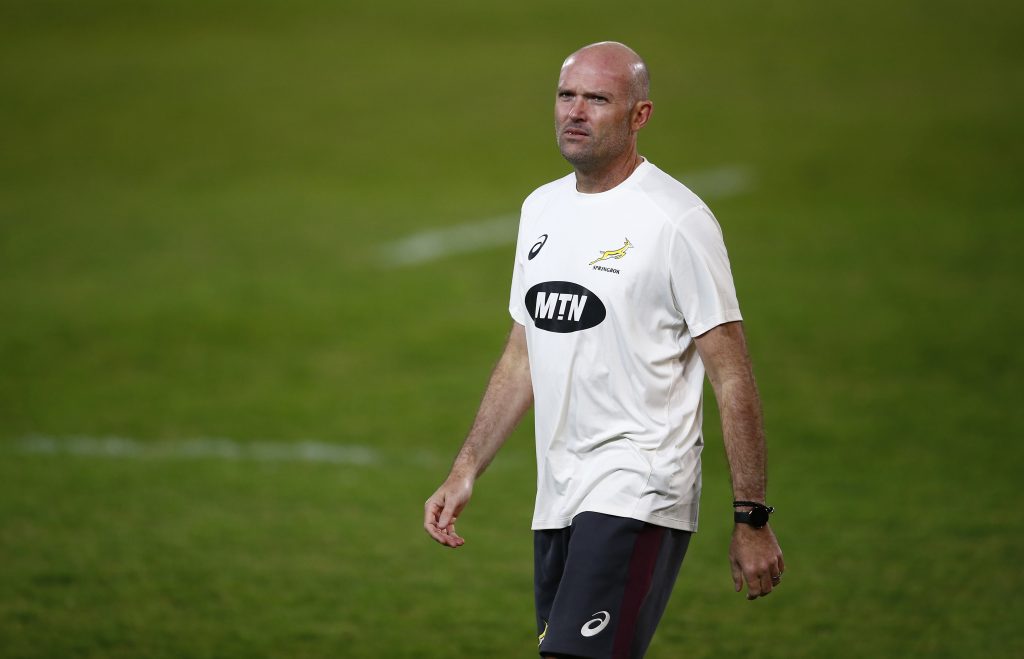 Fassi and Willie Le Roux combined to send scrum-half Cobus Reinach over, with Pollard converting both scores to make it 19-9 at the interval after Abzhandadze’s drop-goal miss.

Number eight Kwagga Smith’s first Test try, breaking clear after another drive by the forwards, made it 26-9 before South Africa ran away with the game as the second half progressed.

Replacement hooker Malcolm Marx crossed to extend the lead with 10 minutes left and make it a productive first run-out ahead of the Lions series.