Exeter boss Rob Baxter plans to use the Chiefs’ first double as the launchpad for a dynasty of success having acquired a taste for silverware.

An enthralling 19-13 victory over Wasps at Twickenham clinched a second Gallagher Premiership title for the Devonians a week after they were crowned European champions by edging Racing 92 in similarly captivating circumstances.

Now seeking to emulate fellow English double winners Leicester, Wasps and Saracens by establishing an era of dominance, Exeter are determined to continue the fairy tale started 10 years ago when they reached the top flight for the first time.

When asked if toppling Wasps and Racing on successive weekends is just the beginning, Baxter said: “I’d like to think so because I genuinely think that not getting to finals and not progressing will hurt us.

“But we didn’t and now that we’ve won these two trophies, have we achieved everything we’ve wanted to? No we haven’t. There’s always something else to move on to.

“There’s another game in three weeks’ time and we want to keep moving forward. I want to see young guys come through. I want to see Joe Simmonds keep developing.

“We’ve got to use our drive and use our ambition and use this group of players, because they are the right age group, to drive us for four or five years.

“We need to use their desire to experience these moments as much as we can. It won’t be simple, it never is. For us it’s always been about steady progress.” 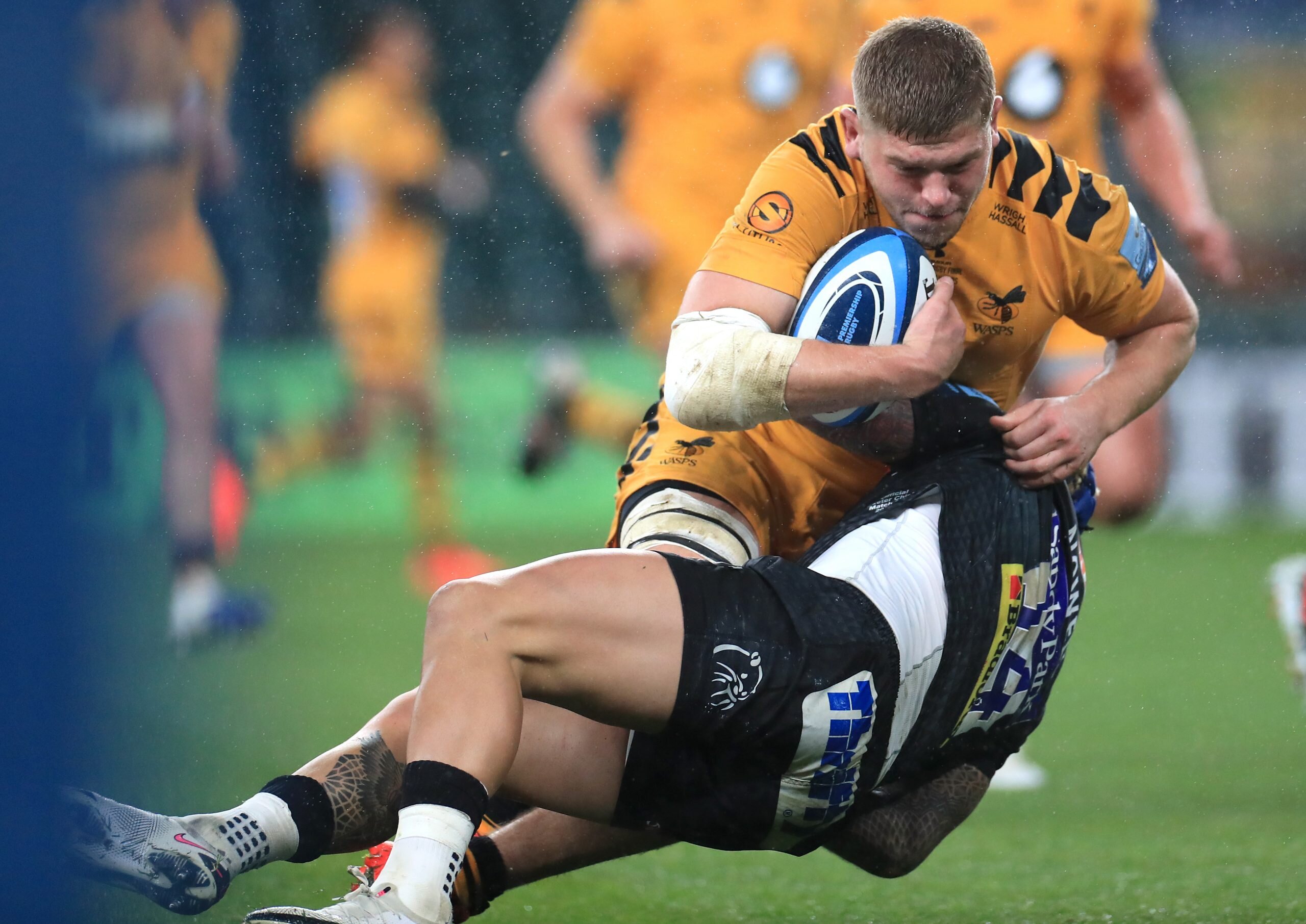 Staggeringly, the defence of their hard-won domestic crown begins in less than a month as they open the 2021-22 Premiership campaign at Harlequins on November 20.

Wing Jack Nowell has been ruled out for a substantial length of time yet to be confirmed after playing both finals with ruptured toe ligaments and Baxter revealed that additional players will miss the start of next season.

“There are two or three other guys who have been hanging on and need little tidy-ups,” said Baxter, who declined to name the players. 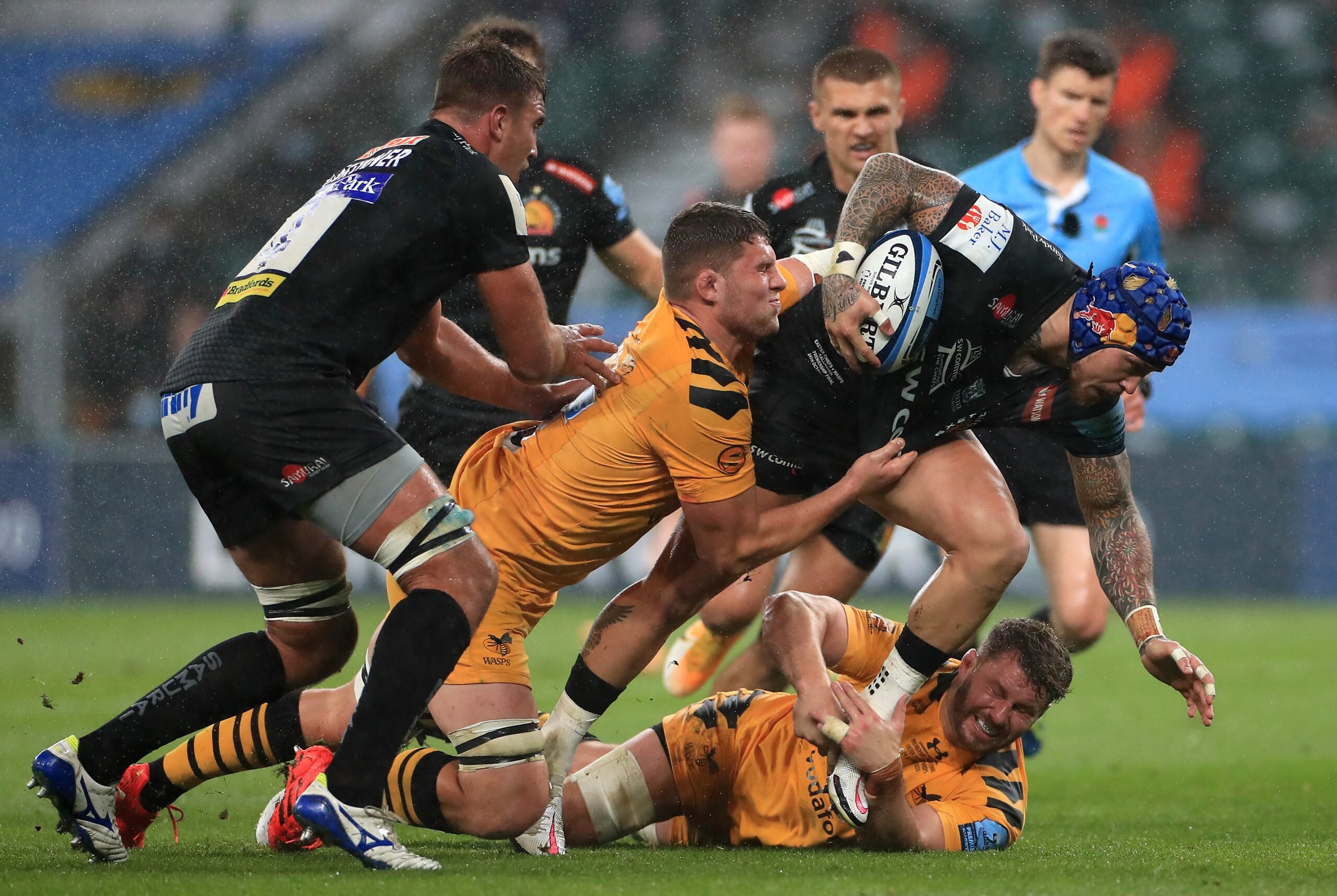 Wasps were heroic in defeat and head coach Lee Blackett admits their challenge is picking themselves up after narrowly missing out on their first title since 2008, the conclusion of their own glory days.

In defiance of a troubled build-up caused by an outbreak of coronavirus that saw seven players return positive tests, they produced a defensive masterclass that denied the ruthlessly efficient Exeter close-quarter driving game.

Wasps were 10th when Blackett took over in February and they emerged from lockdown as the Premiership’s form team, reaching the final to write their own fairy tale.

Barbarians lock Tim Swinson spoke to @heagneyl ???on what the team knew they could and couldn't do, and a whole lot more…https://t.co/3HyEUL7EUN

“Let’s hope this is the start of moving in the right direction, but I do think it will take a little bit of time to get over it and that will be a big challenge for the players,” said Blackett, who revealed his squad have only two and a half weeks off.

“I’m not going to get carried away with what’s happened. We’ve done really well in a short period of time, but hopefully we’re on the right journey. We need to get over this and start again.

“Overall we should be proud of what we’ve done this season, but we came to Twickenham to win. We just came up short.”

New era Bulls ride out Next