Reigning champions Exeter kept up the pressure on Gallagher Premiership leaders Bristol with a 12-try 74-3 demolition of Newcastle as the Falcons maintained their miserable run at Sandy Park.

It was Falcons’ 13th consecutive loss in all competitions at the ground but it came as no surprise as they fielded a weakened 23, which contained five players making their Premiership debuts for the club.

Exeter’s win took them to within three points of Bristol at the top with two games remaining.

Bristol have to face Leicester at Mattioli Woods Welford Road and then London Irish at home, with Exeter travelling to Northampton next Sunday before entertaining Sale.

A penalty from Toby Flood was Newcastle’s sole response. 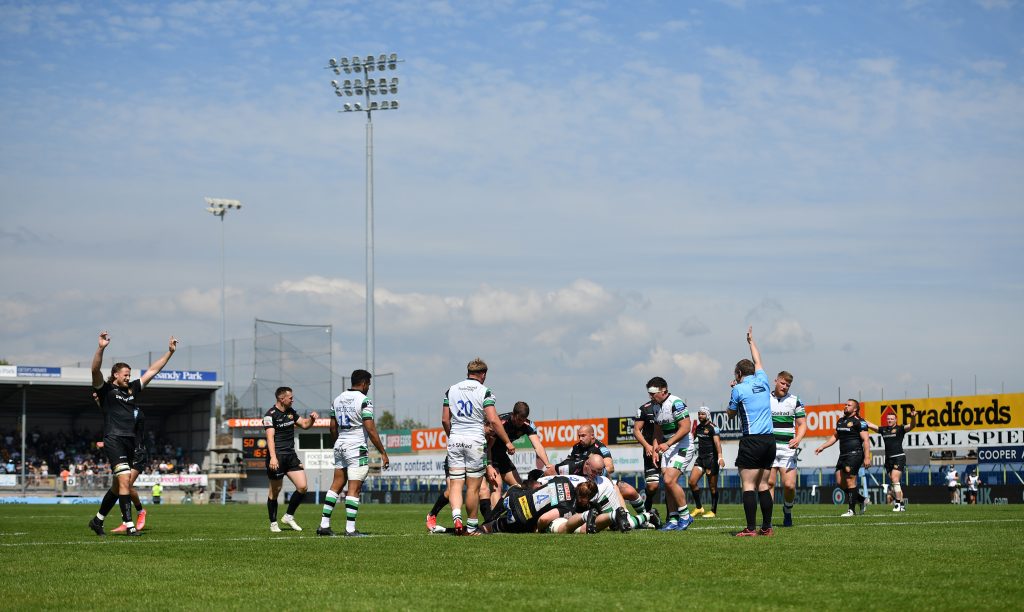 It took Exeter less than three minutes to open the scoring. Neat passing sent Cuthbert away down the right flank to gain a platform in the opposition 22 from where the home pack drove over for Sam Skinner to touchdown.

Flood put Newcastle on the scoreboard with a straightforward penalty before Chiefs scored their second. It was a replica of the first but this time number eight Sam Simmonds was the beneficiary to score his 20th try of a record-breaking season.

Despite having to play into a keen wind, Falcons were making a decent fist of frustrating their opponents with some resolute tackling but they were dealt a blow when Scottish international flanker John Hardie was sin-binned for a high tackle on Luke Cowan-Dickie. 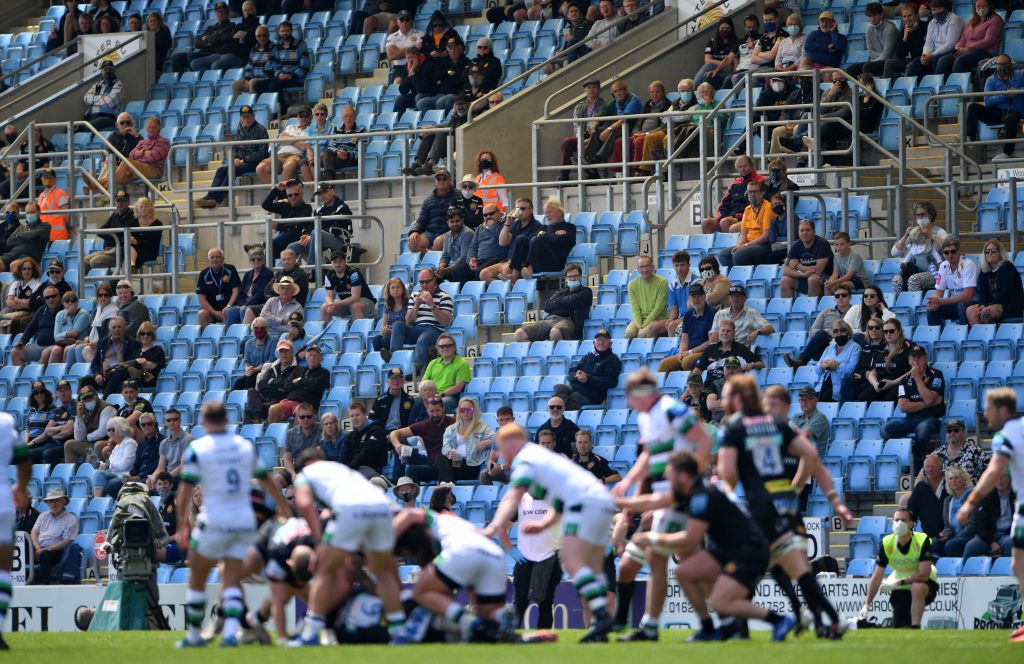 Exeter looked to have capitalised immediately when Simmonds crashed over from a lineout but TMO replays ruled out the try for an earlier obstruction.

It mattered little as Exeter soon scored a third try when an angled run from Ollie Devoto provided Cuthbert with an easy run-in.

Devoto was also instrumental in creating his side’s bonus-point try when his well-judged kick was collected by Slade before Vermeulen forced his way over to leave his side with a 31-3 interval lead.

Four minutes after the restart, Vermeulen battered his way over for his second before Exeter brought on Hogg as a replacement for the lively Cuthbert. 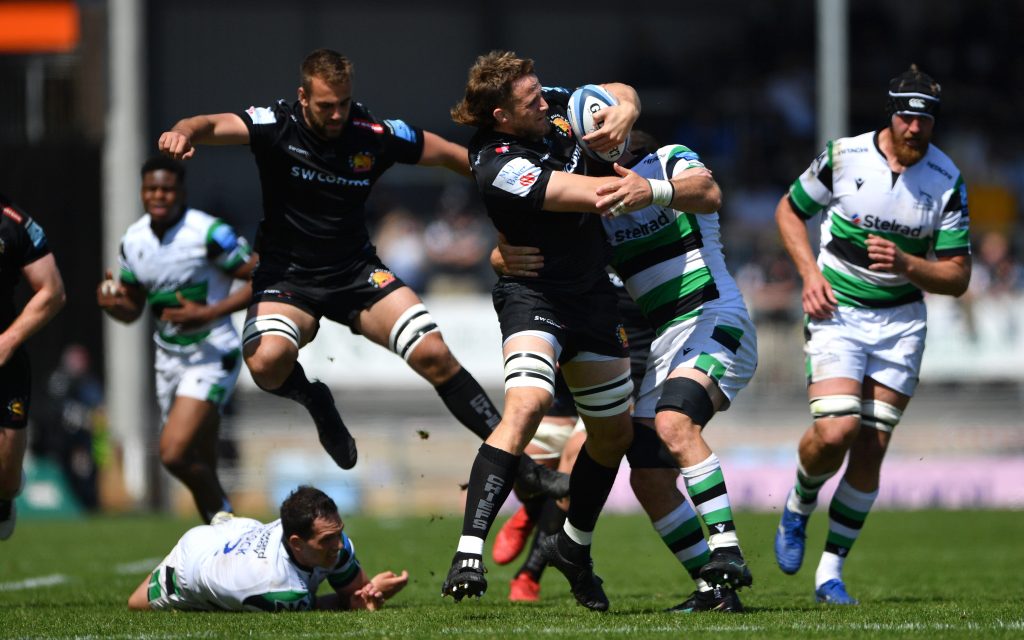 Fellow Lion Jonny Hill was also introduced together with international props Ben Moon and Tomas Francis as the home side rang the changes but it did not stop their momentum.

O’Flaherty made the running for Slade’s second with Hogg doing the same for Joe Simmonds as Exeter took their tally to 50 with over a quarter of the match still remaining.