No rustiness as Saracens run in 9 tries against Worcester

Saracens cruised to a convincing and entertaining 61-29 win over Worcester Warriors at the StoneX Stadium to cut the gap at the top of the Gallagher Premiership table to five points.

The hosts showed no signs of rustiness after almost three weeks without a game as they crossed nine times in total.

The visitors did score three wonderful late tries to secure a bonus point of their own as Francois Venter (two), Gareth Simpson and Ashley Beck crossed after the break, adding to Joe Batley’s try in the first half.

Saracens have 37 points from their 10 games while Warriors stay in 10th as they suffered their seventh defeat of the campaign.

It was a blistering start from the hosts and Lewington had his first when he finished in the corner.

Saracens were crushing the Worcester pack at the scrum and Vunipola touched down as he pushed the set-piece over the try line to take the lead to 12-0.

Goode then ghosted through the Warriors’ already tiring defence for the third before Tompkins secured the bonus point with the fourth try.

Worcester were struggling for any kind of possession in the Saracens half and were continuously being forced backwards by their relentless hosts, who had their fifth try of the afternoon when second-row Isiekwe showed off his pace to dummy past Fin Smith and dive over for a popular score. 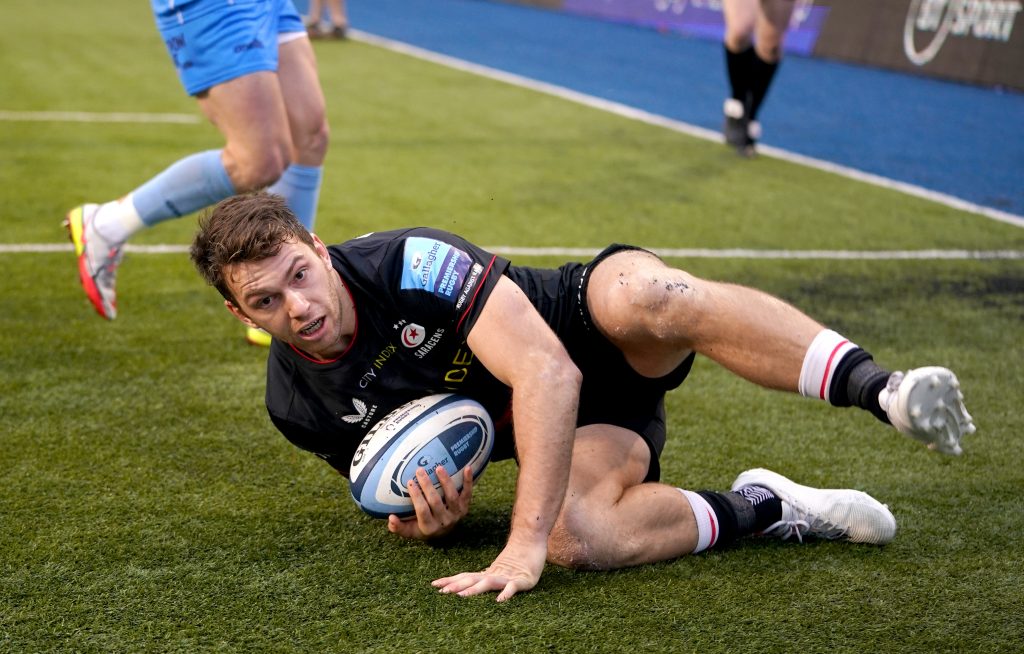 Warriors finally got on the scoresheet after some sustained pressure in the Saracens 22 enabled Batley to crash over but Lewington then scored from the final play of the half as Alex Lozowski’s fifth successful conversion took the home side to 40 points.

It was an encouraging start to the second period for the away side, however, as Venter bulldozed through tacklers to stretch over and score their second try.

Saracens roared back instantly as Earl profited from a mix-up under the high ball between Andrew Kitchener and Simpson. 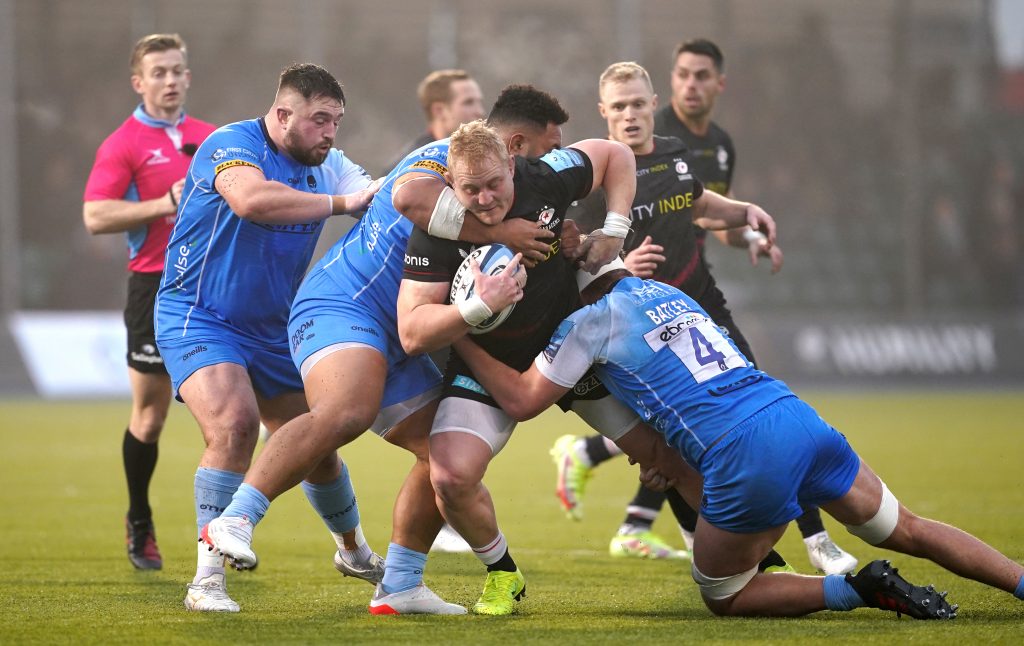 Vunipola added an eighth try from another successful driving maul from close range before Malins stormed through a gap to make it nine.

But then came the late show from the away side, who scored their third after a lovely flowing move ended with Venter touching down.

The bonus point was then secured with four minutes to go when Batley and Ted Hill combined to take play into the 22 before Simpson sniped around the fringes for a try.

Another play from one 22 to another then provided Smith the chance to kick to the corner where Beck was there to collect, but the Warriors’ fifth try was not enough to stop a Boxing Day defeat.