Neil de Kock: Springboks will target Wallabies in same areas as All Blacks 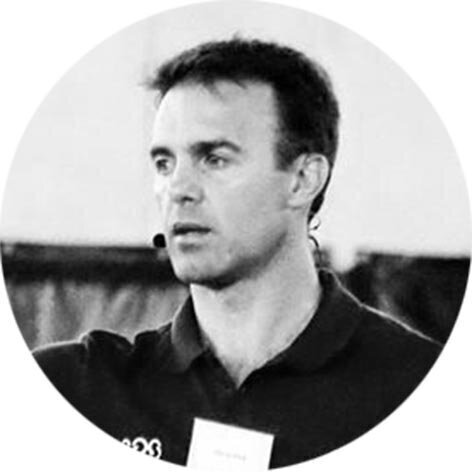 It’s difficult to assess the evolution of the Springbok attack owing to the fact that the British & Irish Lions series wasn’t conducive to attacking rugby. While it may be tough to gauge where South Africa are at on an offensive front, one aspect which they have improved is their counter-attacking ability.

Since returning to the national set-up after working for one season under former Springbok coach Allister Coetzee, Mzwandile Stick has grown into his role of backline and skills coach. With a background in Sevens, I would definitely say Stick’s value is from an attacking and counter-attacking point of view. The Springboks counter-attack really well from turnovers and feed off the mistakes that they force opposing teams into making rather than employing a multi-phase attacking strategy.

I feel for the Wallabies because I expect the Springboks to follow on from where the All Blacks left off in terms of punishing them from turnovers. Contrary to public opinion, I believe the pressure to win for the Wallabies far outweighs their desire to entertain. I definitely don’t think they are going out there just to look good.

The first year inside the Black Ferns

Dave Rennie’s men are playing with ambition and creating opportunities, but what is evident is that they need to marry their attacking endeavour with a strong defence. If they are to re-emerge as a dominant force in world rugby – akin to the Wallaby teams of the early 2000s – they need to cut down on said turnovers and limit their mistakes.

When I played for the Springboks against the Wallabies in 2002 their backline comprised: Gregan, Larkham, Mortlock, Herbert, Burke, Tune and Latham. By all accounts, Australia have never been short of great athletes, but the personnel I played against were so hard to beat because they boasted combinations for days. The aforementioned backline – from the golden era of Australian rugby – was potent and became experienced but, unlike the current Wallaby outfit, they possessed a forward pack to match.

The Wallaby class of 2021 are in a building phase and there are young guys on the block. The players I faced were experienced and played a lot of Test rugby by the time they finished. The Wallabies are trying to get onto the same page now with regards to bringing through the personnel. However, there is no substitute for experience.

The mooted return of James O’Connor from injury, coupled with Quade Cooper’s presence in the wider playing group is of value to Australia because both are senior players still at the top of their game. For the Springboks, who have forged an experienced side since last facing the Wallabies in Australia in 2018, the return of Duane Vermeulen and Faf de Klerk from injury will aid and abet their cause. While Jasper Wiese and Cobus Reinach served as able deputies, the presence of Vermeulen and De Klerk will make the Boks an even tougher proposition.

The Wallabies are currently chasing the game they want to play and in many ways I don’t believe they are very far off. They play incredibly expansive rugby and, while it is very entertaining from a neutral perspective, there were definitely times against the All Blacks in last weekend’s Test when they needed to kick in order to get into better parts of the field and give themselves more suitable options. They needed to buy themselves time with the boot.

However, they were running from everywhere – even their own goal-line – which is a recipe for disaster against teams like the All Blacks and Springboks. When you attack as much as Australia do, you are always going to be vulnerable somewhere in defence.

While the All Blacks exploited a lack of numbers on the blindside, I wouldn’t say it’s a particular area to attack the Wallaby defence. You rather want to force Australia into chancing their hand by attacking like they have been and then feed off the turnovers they offer.

While the Wallabies still need to find the right formula in terms of a holistic game plan under Rennie, they certainly won’t want to get into an arm-wrestle with Jacques Nienaber’s charges. The Springboks have set their stall out by selecting an incredible forward pack. With only two backs on the bench in a 6/2 split, it’s clear that South Africa will look to physically dominate Australia upfront.

I don’t foresee the Australians deviating from their game plan of speeding up the play and moving the ball around. They simply don’t want the game to slow down to a degree where they are playing the Springboks at their best. The Springboks will attempt to arm-wrestle, maul and scrum the Wallabies into submission and make use of their imposing physicality and water-tight defence. As such, it promises to be a battle of contrasting styles in the 89th Test match between the two nations.

Following an 11-year career with Saracens, which saw him earn 264 caps, Neil de Kock now works in the rugby division at the Stellenbosch Academy of Sport in South Africa. De Kock, who featured in 10 Test matches for the Springboks, provides RugbyPass with expert opinion and insight focusing on the southern hemisphere sides.

Neil de Kock: Springboks will target Wallabies in same areas as All Blacks