Most of what Rassie said is true - Andy Goode

Rassie Erasmus may find himself in hot water with World Rugby but most of what he said was true, it was an education for fans and my only criticism is he could have been more succinct.

Posting a 62-minute video to air one’s opinions on contentious refereeing decisions may not be the right way to go about things but, aside from the sheer length of it and the detail he goes into, I don’t think it’s any different to what Warren Gatland did last week.

Gatland utilised the more traditional media to discuss his views on the appointment of Marius Jonker as TMO rather than just going via the official channels so Erasmus has taken things to another level but it has to be one rule for everyone.

The world has moved on and whether you put your point across in a newspaper, on television, on a podcast or via your own social media platforms as a coach, it should be judged the same. Media is media.

I very much doubt there are any rules specifically regarding the posting of a video on social media by a coach in World Rugby’s age-old lawbook and they need to ensure they’re applying their own laws fairly and consistently, whilst also addressing their own issues.

They remain silent on a lot of matters and we haven’t heard anything from them about the lack of a contingency plan once Brendon Pickerill was unable to fulfil his TMO duties for the first Test.

That started this whole ball rolling with Jonker then appointed as TMO for all three Tests, Gatland speaking out, Erasmus retaliating and here we are now. It’ll be interesting to see what their response is but they need to look at themselves as well.

There is no doubt that, particularly in a series such as this one, both teams should be able to get clarity on certain officiating points by the end of Sunday at the latest in order to start preparing for the game the following week and clearly that hasn’t been the case.

Coaches and players will be debriefing on Sunday and Monday and then team selection is sorted and the game plan for the upcoming game is being worked on so it’s no use getting a response on Tuesday and then having some back and forth.

Joel Jutge, as World Rugby’s head of match officials, should be contactable and in the current climate when Nic Berry, Ben O’Keeffe and Mathieu Raynal are all in a bubble I’m not sure what they’re doing that means they can’t be clarifying things with coaches at that time. 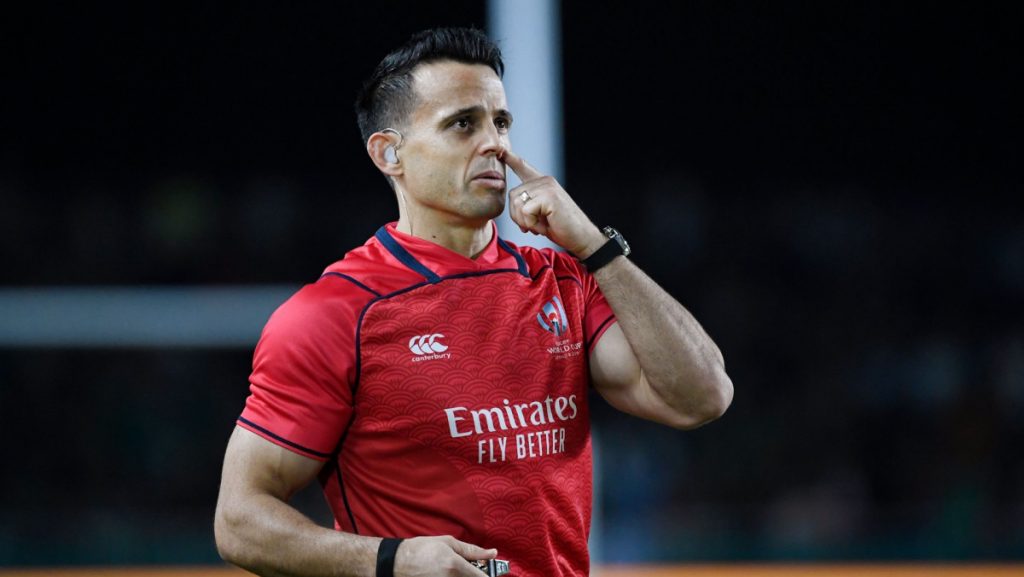 The actual content of the video is hugely educational for fans, pundits and even players. If it had been done after the culmination of the series and with less implied criticism of Berry specifically, it would have been welcomed by everyone I think.

As it is, Erasmus is clearly very frustrated but is also attempting to gain a similar edge in the second Test to the one he feels Gatland got in the first Test. Who knows whether Gatland’s comments about Jonker meant the Lions got the rub of the green but Erasmus is adopting the same tactic this week, just using more modern means and in far more depth.

You live by the sword and die by the sword and we’ll only be able to judge whether it has been effective come Saturday night. South Africa’s director of rugby will either have egg on his face and look like he lost the plot or it might just look like an inspired move.

Nobody is talking about the players the day before a huge Test, Erasmus has taken everything on his own shoulders and is prepared to face whatever sanctions come his way.

We’ve seen it in football with Rafa Benitez doing a similar thing but just without the video and in a traditional press conference, to the embarrassment of Steven Gerrard apparently. Now it’s arrived in rugby and gone up a notch. It may not be right but it is entertaining.

The problem is that not many people will have had the time to sit through the full 62 minutes and he could have got the same points across using the same clips in about 15 minutes.

We all want to see characters in the game and we could all benefit from a bit of an education from Rassie. His timing and delivery may get him in trouble on this occasion but I enjoyed it, I just think he could do with a better editor!