The IRFU have issued an update on Bundee Aki’s disciplinary case and the status of reserve hooker Sean Cronin.

Aki was banned for three games for a high shot against Samoa in Ireland’s final Pool A match.

The IRFU statement reads: “The Ireland Management will not appeal the sanction handed down to Bundee. We are disappointed with the outcome and believe that Bundee’s time will be best served helping prepare the squad for its remaining RWC19 fixtures.

“Sean Cronin Ruled Out – Rob Herring Joins Squad: Sean aggravated a pre-existing neck muscle complaint and has been ruled out of the remainder of RWC19.”

British and Irish Lions flanker O’Mahony has held off the challenge of the in-form Rhys Ruddock to start Ireland’s last-eight battle with the All Blacks in Tokyo on Saturday.

Here's the Ireland team to play New Zealand in the quarter final on Saturday.

Asked to appraise O’Mahony’s influence given those statistical anomalies, Schmidt expanded on the talismanic loose-forward’s specific role, and harked back to a top-level showing in Ireland’s 16-9 win over New Zealand in November.

“He brings a leadership and experience, and he’s a very effective lineout operator for us,” said Schmidt, of O’Mahony.

“Part of it is the structure, the way that he ends up across the width of the pitch. He tends to be playing in the wider channels, and therefore he’s not as involved as some of the other players who are closer in. 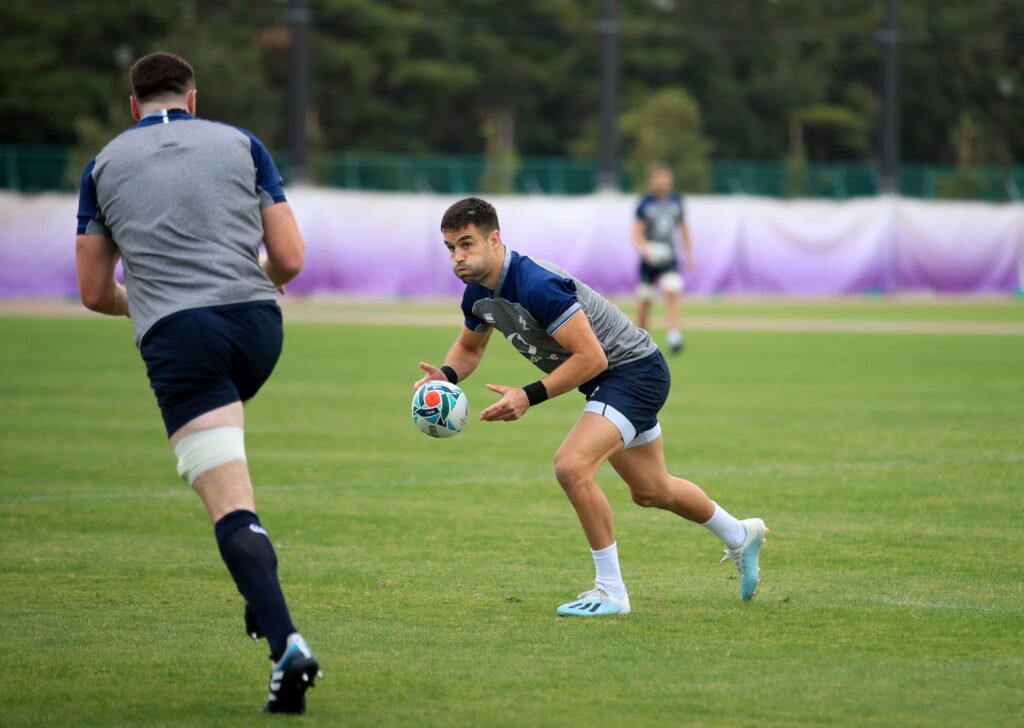 “I think stats always tell part of the story but they don’t tell the complete picture.

“And for us, there are things he can add for us that we think will be really important.

“He saved our bacon the last time we played the All Blacks with an exceptional turn and chase and the long arms that he reached out just to pluck the ball in front of Ben Smith, who really would have scored for certain if Pete hadn’t got back and saved that.

“I think he won two balls on the ground in that game for us as well, and that’s important.

“So he has been a bit of a big moments player for us; maybe not as many moments but the big moments, they count.”

Rob Kearney has edged out Jordan Larmour to return and start at full-back to face the All Blacks, with boss Schmidt effectively selecting his strongest starting XV.

Schmidt admitted Larmour had been close to selection, with the Leinster speedster taking a seat on the bench.

“Yeah, there were probably half a dozen reasonably tight selection decisions,” said Schmidt.

“You can’t guarantee you’ve got any decision right until the game is completed.

“Chris Farrell has been very good for us, really come on and made an influential impact against Scotland.

“Andrew Conway has been very good too, and so the outside backs have been a bit of a conundrum.

“We’ve tried to add up as best we can the combinations we think that will best serve us in this fixture.

“I think the unfortunate thing about selecting a 23 to play the All Blacks is that they can play very well and still not get the result. That’s the quality the All Blacks have.

“But these players, they’ve had some very successful experiences together and contributed to a fair bit of history for us.

“You can’t go out against the All Blacks and accept that you’re second fiddle.

“You’ve got to go out and put your best foot forward.”