Goode: Saracens have begun the rebuild but it's anything but a fresh start under Griffiths

OPINION: Saracens have begun the process of rebuilding and attempting to finally comply with the salary cap regulations but, with Ed Griffiths at the helm, it is anything but a fresh start.

He was at the club for seven years between 2008 and 2015 and left only a year before they officially first breached the salary cap in 2016/17. While he may be popular with some of the players from his first spell, he is far from universally liked by those at other clubs and leading figures within the game.

You can see the logic behind his appointment because he knows the club inside out and can hit the ground running at a time when it’s in crisis but I won’t be the only one wondering whether it’s also a way of sticking two fingers up at Premiership Rugby and the other clubs.

Griffiths may have exited stage left almost five years ago but he was reportedly heavily involved with starting the ball rolling on persuading players to leave their agents and deal directly with him.

It’s easy to be liked by players when you’re paying them more money as he was in his first spell at the club but he may not be quite so popular this time around.

Griffiths also left Worcester just weeks into the 2017/18 season, having been there for eight months or so as a consultant, leaving plenty of curiosity around the timing of his exit. It transpired he had led a consortium in a bid to buy the club.

The fallout continues at Saracens. https://t.co/0kHRawMwAL

Although not registered as a licensed RFU player agent, Griffiths has worked for sports agents ASM in the past. If he had represented rugby players in club dealings, it is unlikely to have pleased the governing body.

In any event, there won’t be too much love lost between the RFU and the new CEO, who openly criticised them in 2010, suggesting they ran the game like a ‘rural prep school’.

Mark McCall has said the players need to “see that any player is treated as well as you can treat them in these situations” and I’m sure he will make sure that is the case on the rugby side of things but that may be difficult at board level.

Surely appointing a completely fresh face as chief executive, who has had no prior experience with the club, would have made a bigger statement to the outside world that real change is coming.

In terms of the finer details of what Saracens are doing and which players will be leaving, it looks like Liam Williams, Michael Rhodes and Juan Figallo will be the first to move on as they are all yet to feature in the Premiership this season so their salaries won’t have to count against the cap.

If anyone is paid off, though, that does have to be included and if players have already played in the league, Saracens will need other clubs to take on those players’ wages if they’re moving them on which puts those other clubs in a very strong negotiating position.

It seems offloading a few players who are yet to feature in the Premiership won’t be enough, however high-profile they are, and the picture may be a lot worse than the one that has been painted thus far.

From what I’ve heard, there was a recommendation that the points deduction for Saracens should be as much as 70 points because of the scale of the breaches but all the clubs signed up to a maximum sanction of a 35-point deduction so that was rightly imposed. 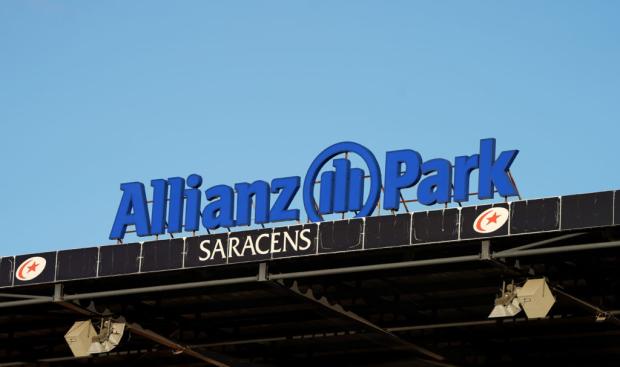 Clearly, a 70-point deduction would have meant relegation, whereas most people expect Saracens to survive that fate with only 35 points to make up given the quality of their squad.

If, as seems likely, players need to take pay cuts in addition to the few players who depart, it may be difficult for the wider public to just accept that has been the case given everything that has gone before so perception is definitely something they’ll have to address.

I was asked to take a pay cut at Brive in completely different circumstances, as were other players, and nobody did. I just don’t see why the Saracens players or anyone in any walk of life would agree to that when they’ve signed a contract in good faith.

New Saracens CEO Edward Griffiths tells @chrisjonespress that the club want to set right their finances ahead of deadlinehttps://t.co/vFGj6rE42F

Saracens’ values of honesty, discipline, work rate and humility have obviously been called into question of late and there have to be major doubts as to whether Griffiths is the right man to get them back on the straight and narrow.

His initial soundbites have been good in so far as he has apologised and acknowledged what needs to be done to get the club compliant again but it’s tough to ride in on a white horse and play the saviour when there’s certainly some baggage strapped to the saddle from before.

He’s got a job to do and only time will tell how effective he is at doing it but, given his prior involvement, to dress this up as a “fresh start” as Saracens did in their statement when Nigel Wray stepped down is definitely stretching credibility.