England player ratings vs France Next
Back
Six Nations

France player ratings: Galthie’s team of athletic, young Frenchman might have been light in experience but they made up for it with attacking accuracy, dynamism and aggression.

What is clear is that defensively, Shaun Edwards has had a big effect on this team.

Looked assured with his first touch of the ball and again in the 8th minute when clearing the French lines after an unsympathetic pass from Thomas. Eddie Butler nearly wet himself with his enormous clearance in the 26th minute. A real find.

His 10 metre carry in the 5th minute sent England into panic mode and it ultimately led to France’s first try. The only blot(s) in his copybook were getting beaten for pace by Jonny May not once, but twice.

Not his most exciting day at the office. He’s Europe’s form attacking threat, but these conditions didn’t suit him. Played his part in defence.

A relatively quiet first half for the now veteran centre. Largely defensive sound alongside Vakatawa. 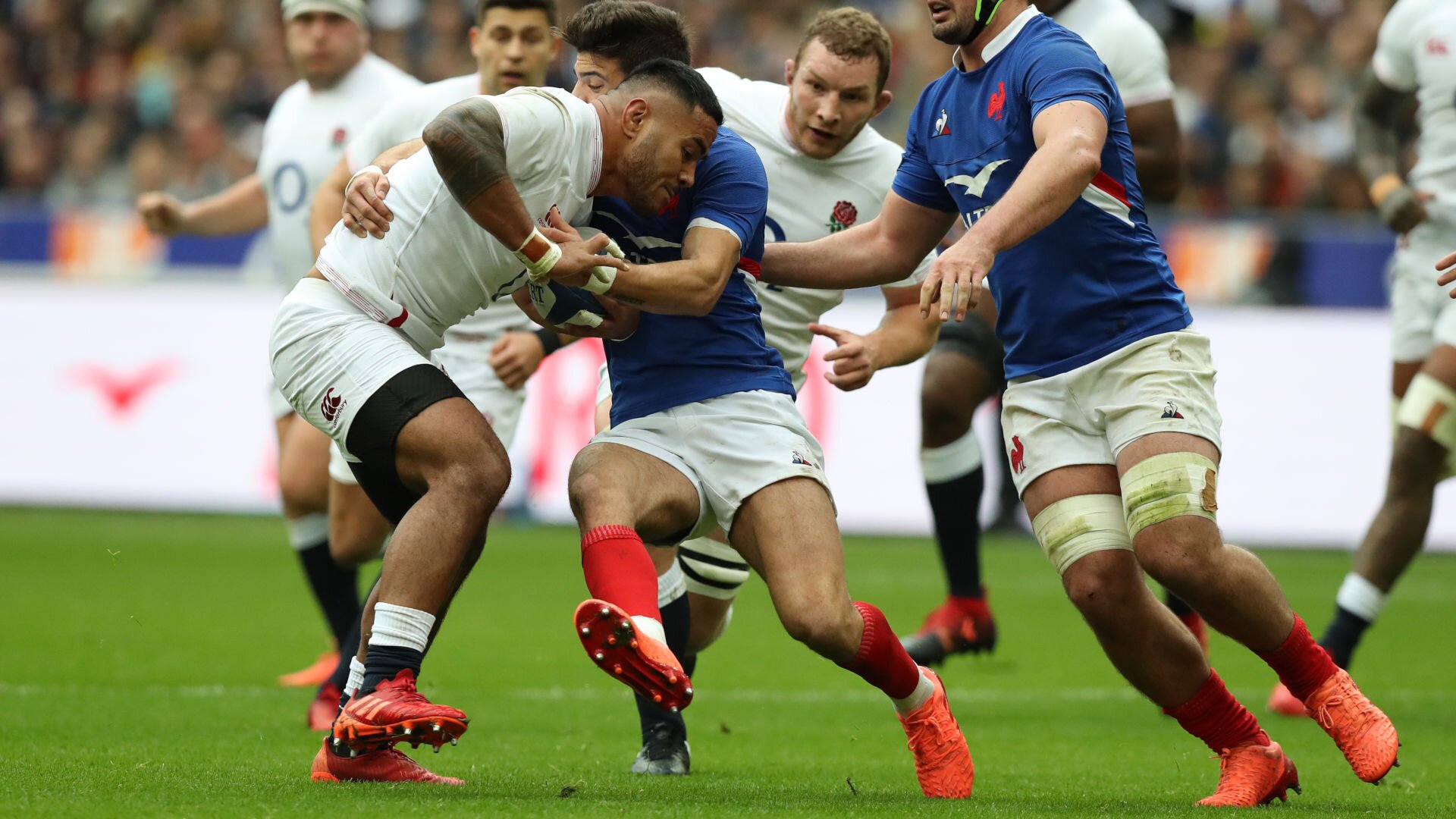 A late replacement for Penaud, but if there were any nerves they weren’t on show. The lithe wing brilliantly handed off Ben Youngs for the opening try. Unlucky not to grab the intercept in the 67th minute, which would have killed off the game.

The Toulousain kicked well from hand and from the tee. You have to remind yourself that he is a 20-year-old. Did he look a little uneasy when England started to come back into the game in the last 25 minutes? Maybe.

His electric breaks caused all sorts of problems for England. The fact that he stayed on for the full 80 minutes shows how much Galthie rates him. Huge hit on Willi Heinz in the 77th minute was the cherry on top. His time keeping needs work.

Carried exceptionally well early on. The French scrum started going backwards when he went off.

After a wobbly start he got to grips with the lineout. Keeping Camille Chat’s seat warm.

Played his part in bullying England’s pack, both in the tackle and at the set-piece.

Has played for France in both the second-row and back-row. Was a vital cog in the French pack’s muscular defence and dominated his collision more often than not. The only argument against him in the secondrow is that it lowers France’s size.

The massive South African is renowned for his brutal short carries, but was the Montpellier lock was kept relatively quiet by England’s pack. Spilt the ball on occasion.

Bossed and harried England at the lineout, his 24th minute steal a standout moment.

The athletic French captain was everywhere. Part of a trend in France towards tall, athletic French backrows and easily had to pace to take his 19th-minute try. A few spills in the rain are completely forgivable. Magnificent.

He made a replacement appearance at number eight for Louis Picamoles in the 24-19 Six Nations
defeat by Wales at Stade de France nearly exactly a year ago, and has made the shirt his own. Seems to always make metres in contact. His 32nd minute turnover on the French line was a turning point.

All he managed was a lineout over-throw in the 13 minutes he was on the field. In his defence France were coming apart at the seams at that stage.

As Paul O’Connell suggested, a fit Bamba will be a sight to see for the rugby world. However, the French scrum deteriorated in the second half, and he has to take some of the responsibility for that.

Replaced Willemse in the secondrow. Pounced on a loose ball in the 71st minute which was crucial.

The 21-year-old didn’t shy away from work when he came on.

Not on long enough to rate.