Gloucester led 13-6 at the interval thanks to a try from Jack Singleton and eight points from the boot of Adam Hastings, but they missed chances to kill their opponents off in the 10 minutes after the restart.

Exeter made them pay for their profligacy by scoring two tries from Alec Hepburn and Will Witty, with Harvey Skinner having contributed a pair of first-half penalties.

Skinner missed both conversions and two penalty attempts and was fortunate that this did not prove more costly.

From the kick-off, Ruan Ackermann knocked on to give Chiefs an early platform and they capitalised with a penalty from Skinner.

The hosts conceded three penalties in the first six minutes and, from the last of these, Skinner extended the lead with a simple kick.

Gloucester continued to offend to give Skinner another opportunity, but this time his kick from just inside his own half fell short.

It was then the turn of Exeter to concede penalties – three in a row – as the home side compiled a series of unstoppable line-out drives, the last of which saw Singleton crash over. 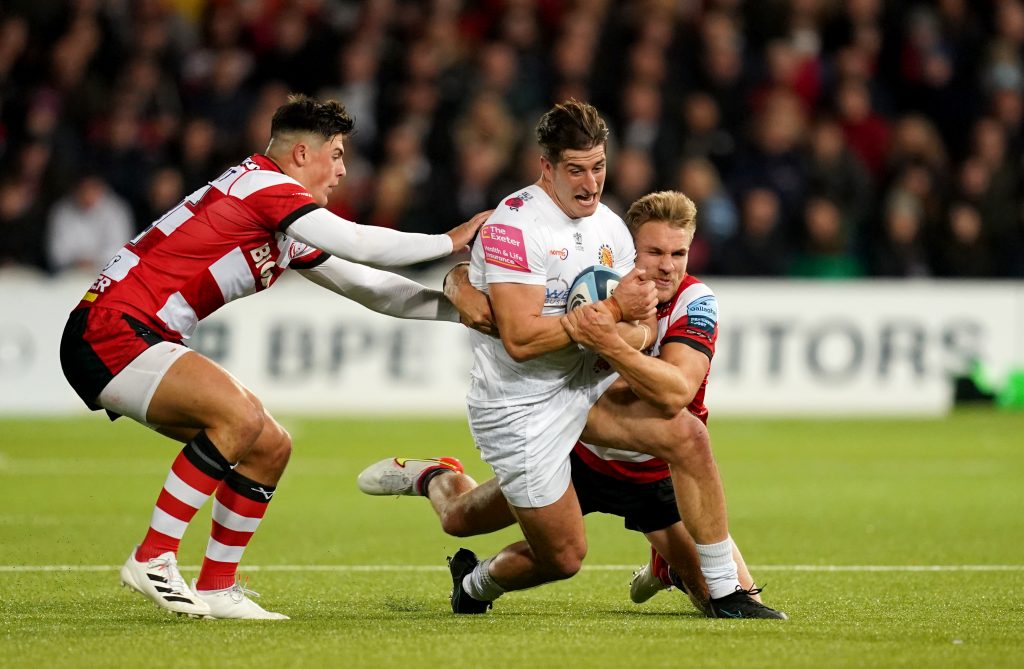 Hastings converted and added two penalties before Exeter built up a head of steam.

Twice they were narrowly denied. First, Alec Hepburn was held up over the line before the combined efforts of Jason Woodward and Louis Rees-Zammit forced Sam Skinner into touch inches from the line.

Gloucester therefore held a seven-point half-time lead before proceeding to dominate the opening stages of the second period. 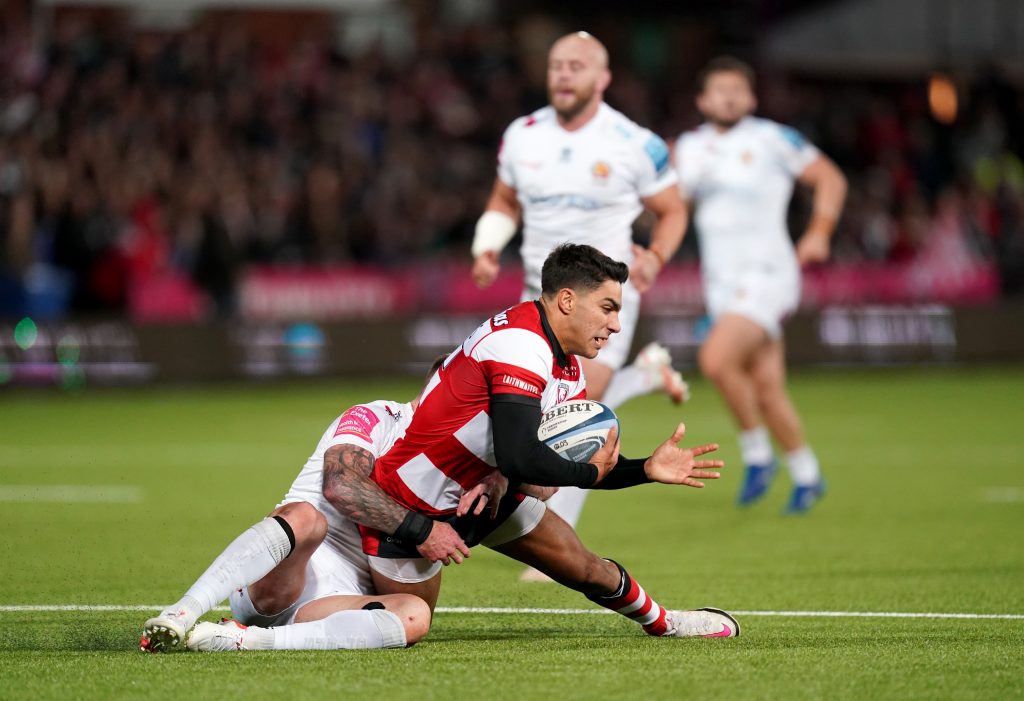 Ackermann and Billy Twelvetrees fronted up a number of bursts and the home side should have had a second try, but Woodward was unable to find Rees-Zammit with the scoring pass.

Exeter immediately made them pay by breaking through Facundo Cordero and Harvey Skinner, with Hepburn on hand to force his way over.

Skinner missed the conversion and a subsequent 40-metre penalty before a careless knock-on from Rees-Zammit, five metres from his own line, gave Exeter a huge opportunity. 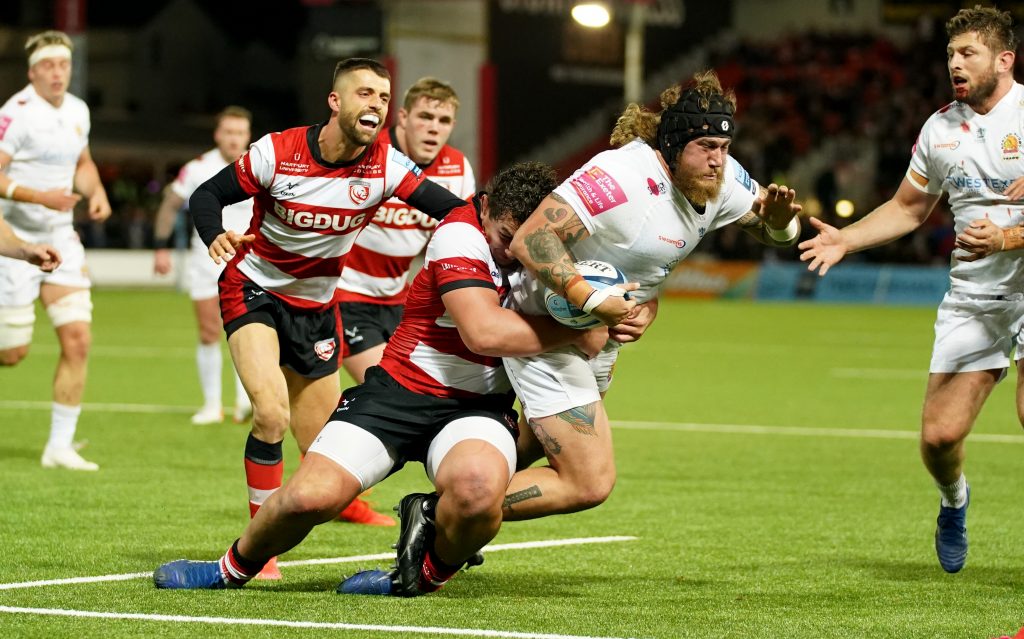 From the resulting scrum they set up a succession of drives, with Witty driving over, but again Skinner missed a relatively straightforward conversion.

Gloucester needed to pull the game out of the fire. Two minutes from time they secured a platform in Exeter’s 22 but crucially lost possession as they drove forward and their opponents were just able to hang on for a fortuitous victory.