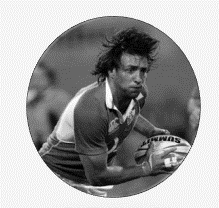 To train without reflecting is like eating without digesting.

It was sort of inevitable that Thai boxing would feature somewhere in my South East Asian combat sports and martial arts experience. What I didn’t expect though, was that I’d get to learn from someone as knowledgeable and experienced as the Singaporean national team manager. His gym Chowraiooi in Little Thailand – situated in a mixed use residential building-  is the sort of place you’d simply never find unless you knew it was there. On the street outside, buses leave Singapore on the hour every hour for a 24 hour plus drive up the Malaysian peninsula to the Thai border and on to Bangkok. Four floors above them – in as authentic a Muay Thai gym as you’ll find in Singapore – fighters are put through their paces by Robert, in a training regime that’s relentless and unforgiving.

I know that throwing punches isn’t as big a part of rugby as it was maybe ten years ago. But since then strength, athleticism and stamina have only grown in importance – and Muay Thai produces some truly phenomenal athletes. Like with BJJ two weeks ago, Muay Thai teaches an efficiency, discipline and control that is valuable in any sporting context.

Towards the end of my career when I dropped down a division to turn out for London Scottish I started boxing. Didn’t do any fighting, but I did the training – and to be honest I loved it. I’ve never minded being punched and I enjoyed learning how to be more effective in response.

But what I learned in my Muay Thai session with Robert was on a completely different level. From advice on disguising your punches and reading what was coming next – to timing your kicks, knees and punches in concert – it was fascinating, instructive and absorbing. If time and reality had allowed, I could easily have spent months soaking up that gym and its knowledge.

Even the humidity and zero aircon environment – something highly unusual in Smart Nation Singapore where tech is everything – added real authenticity and depth to the experience. And when I said I felt my lungs were going to drop out, I really wasn’t joking – the training is hard. But some aches in the shoulders the following day was the anti-hangover, a pleasant reminder of the night before.

Off camera Robert told me my punching “wasn’t bad”, which I’ve interpreted as being anything from alright to amazing – so amazing. He also said that the Irish make great fighters – a conclusion he must have formed during our session. Buoyed by this strong and explicit fighting endorsement- and mad as it might seem – I’m really looking forward to my next combat challenge.

I’ve been told that there’s been speculation in recent months that Jim Hamilton’s entourage wanted me as his opponent in a boxing match. There’s yet to be a formal approach, but even then, I’m starting to warm to the idea.

There’s only one difference between the madman and me. The madman thinks he’s sane, I know I’m mad.

Brits to join SA franchise Next