After a six month lay off and over 20 operations, can Sean O'Brien still be trusted to be Ireland's missing link?

Joe Schmidt will wear a broad smile when he addresses the Irish Business Network breakfast in Dubai on Monday morning on the subject of leadership. All the pieces of the Ireland’s coach’s November squad puzzle are falling neatly into place before the Italian opener in Chicago in four weeks’ time.

Rory Best and Jacob Stockdale have put hands up for international action, making first club appearances of the season on Friday night with Ulster. Jack McGrath, too, shrugged off his September knock to line out for Leinster the next day.
That leaves Conor Murray the only remaining star injury doubt ahead of the four-match Test series which features that keenly anticipated Dublin showdown with New Zealand, a fixture potentially a 2019 World Cup final rehearsal.

Schmidt will have flown to the UAE especially pleased that Sean O’Brien managed provincial appearances on consecutive weekends for the first time in 10 months. The Tullow Tank has been having a tough time of it, becoming Ireland’s most frustrating missing link during the Schmidt reign.

Of the 58 matches played under the New Zealander since he came to power in November 2013, O’Brien has made the team sheet on just 24 occasions. That’s three less caps than he earned during the Declan Kidney era.

There was admittedly a happy absentee note for three omissions, the flanker nailing a 2017 Test series spot against the All Blacks for the Lions while Schmidt’s charges were touring America and Japan.

However, injury has all too frequently caused his Ireland unavailability. Shoulder, ankle, hamstring, groin and hip have been the more severe ailments, his body, which reputedly has had 20-plus operations, no longer the temple of robustness it was in his stellar 2011/12 season.

That was the swashbuckling campaign he came into as European player of the year and Seanie fever quickly ignited at the World Cup in New Zealand. The flanker’s fearless style of ball-carrying and ruck play earned rave reviews and he made 28 club and country appearances that term, played a whopping 1,977 minutes. 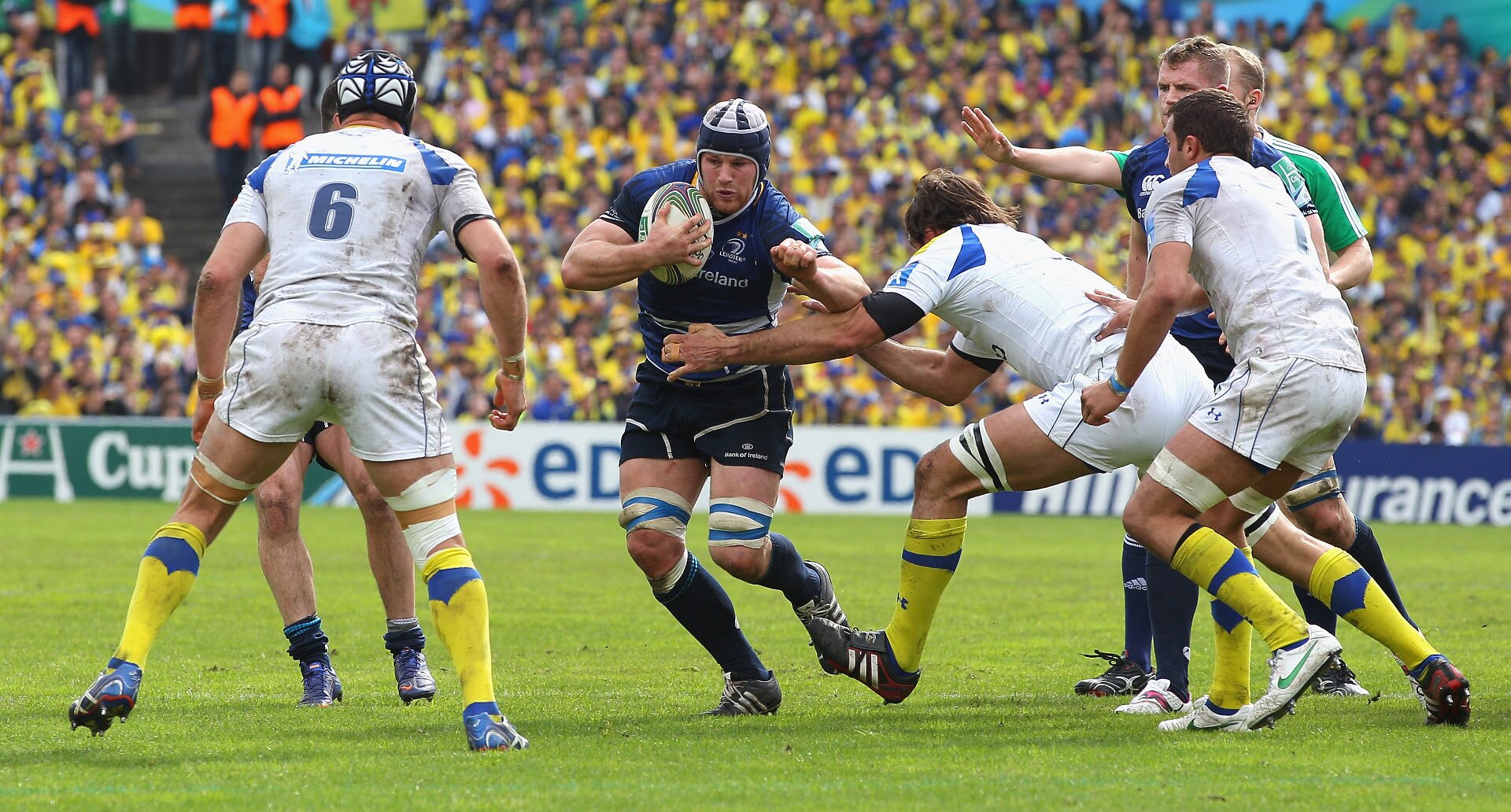 O’Brien on the run vs ASM Clermont Auvergne at Stade Chaban-Delmas on April 29, 2012 in Bordeaux, France. (Getty Images)

In his pomp, the earthy 24-year-old had the world at his feet. Seven years later, though, he is half the player he once was in terms of durability and availability.

In the four-year cycle from summer 2011 to summer 2015, he made 72 Leinster, Ireland and Lions appearances, playing 4,934 minutes. Three years into the latest cycle, he has managed just 44 matches and 2,747 minutes, a downturn symptomatic of too many extended sideline stints.

Four months after a first-minute punch against France led to deflating suspension for a World Cup quarter-final, the dastardly French were again his downfall and the hamstring surgery required following a nasty tear on the deluged Stage de France surface left him fearing if he ever had an injury like that again it would spell the end. 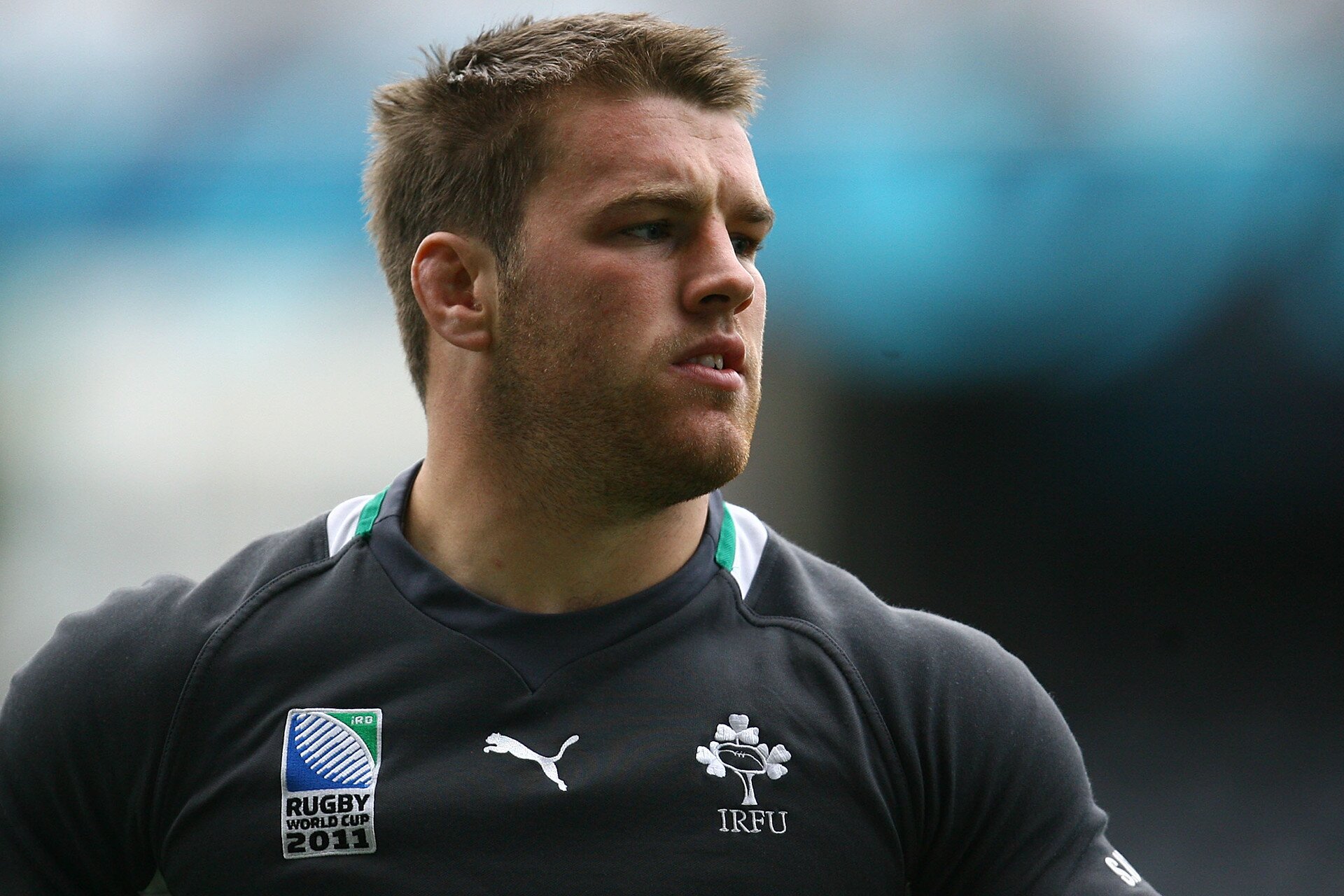 Since then there has been troublesome pre- and post-Lions tour calf issues either side of rounding off that special length-of-field first Test team try in Auckland, a niggling winter hip procedure and then last April came another serious shoulder operation.

Only last weekend in Galway did he make his latest comeback, 168 days the lay-off between matches with his brothers in blue. But with the countdown now on towards Japan 2019, the hope is he is finally clear of the casualty ward and due a run of consistency.

When signing off before surgery six months ago, he vowed to instagram followers ‘I’ll be a new man and can look forward to so much’. We’ll know soon enough if this is case.

Sadly, there have been too many occasions when O’Brien has claimed he’s as fit as a fiddle only for his body to quickly leave him down. As provincial boss Leo Cullen quipped last January, injuries make ‘liars out of us all’, but the ambition is the highly-regarded forward can at last walk the talk without further annoying interruption. 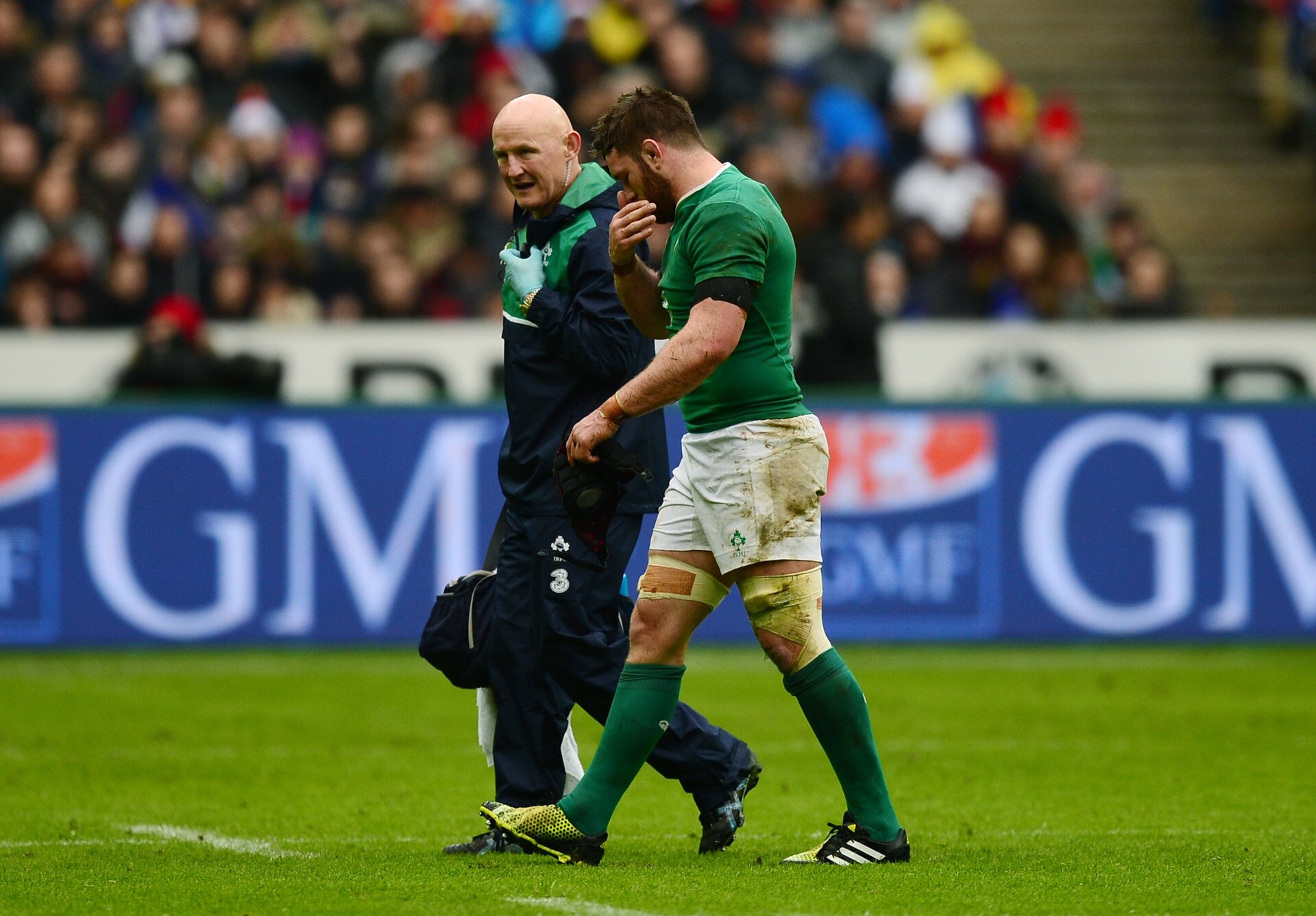 He has returned with the goalposts shifted, though. O’Brien’s big match temperament was always the calling card that ensured he played for Ireland and Leinster when available. But the dynamics surrounding the No7 blue and green shirts have changed the past year and what transpires in the next few months will be intriguing.

There is an air of fun attached to the jockeying for position. The joke is he is no longer the best Sean O’Brien in Ireland, that accolade going to his up-and-coming Connacht namesake. Meanwhile, teammate Josh van der Flier tweeted a dressing room picture from the Sportsground last weekend containing the hastag ‘#play6please’ after O’Brien was thrust in from the bench in place of blindside Rhys Ruddock.

Demon tackler van der Flier, who has effortlessly matured his game despite his own injury travails, isn’t the only threat, however. The sudden emergence of powerhouse Dan Leavy has ratcheted up the competition for openside selection.
Leavy is quite the smooth operator, the 24-year-old going about his Grand Slam and European Cup winning business with a smile reminiscent of the pressure-free way O’Brien came of age when he made his own significant breakthrough. 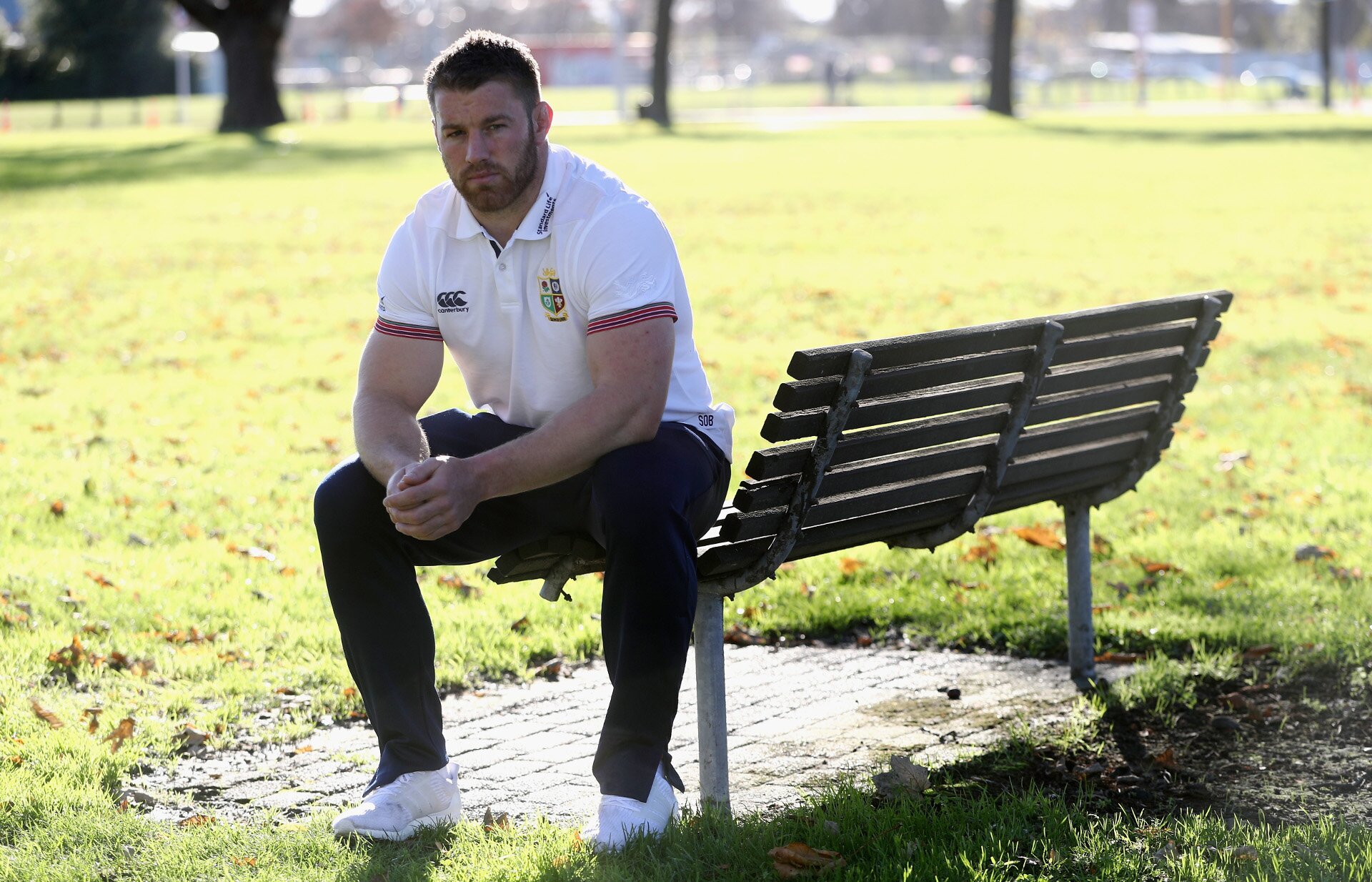 As the man possessing the enviable, money-spinning IRFU central contract through to November 2019, the onus is definitely on O’Brien to convince Schmidt and union deal-maker David Nucifora that he is as good as new and can be fully trusted in his early 30s. He turns 32 with his next February birthday.

The underlying desire will be that all the time spent out of the game can ultimately deliver the kickback of extending his career, not end it prematurely.

He is clued into the rehab process.

Whereas in his younger days he would have burned the candle at both ends, he has become adept managing the mental frustrations that go hand in hand with all the wear and tear on his body and has apparently returned to heath in a more philosophical, relaxed frame of mind. That should be of assistance as he sets about proving he definitely still has what it takes. 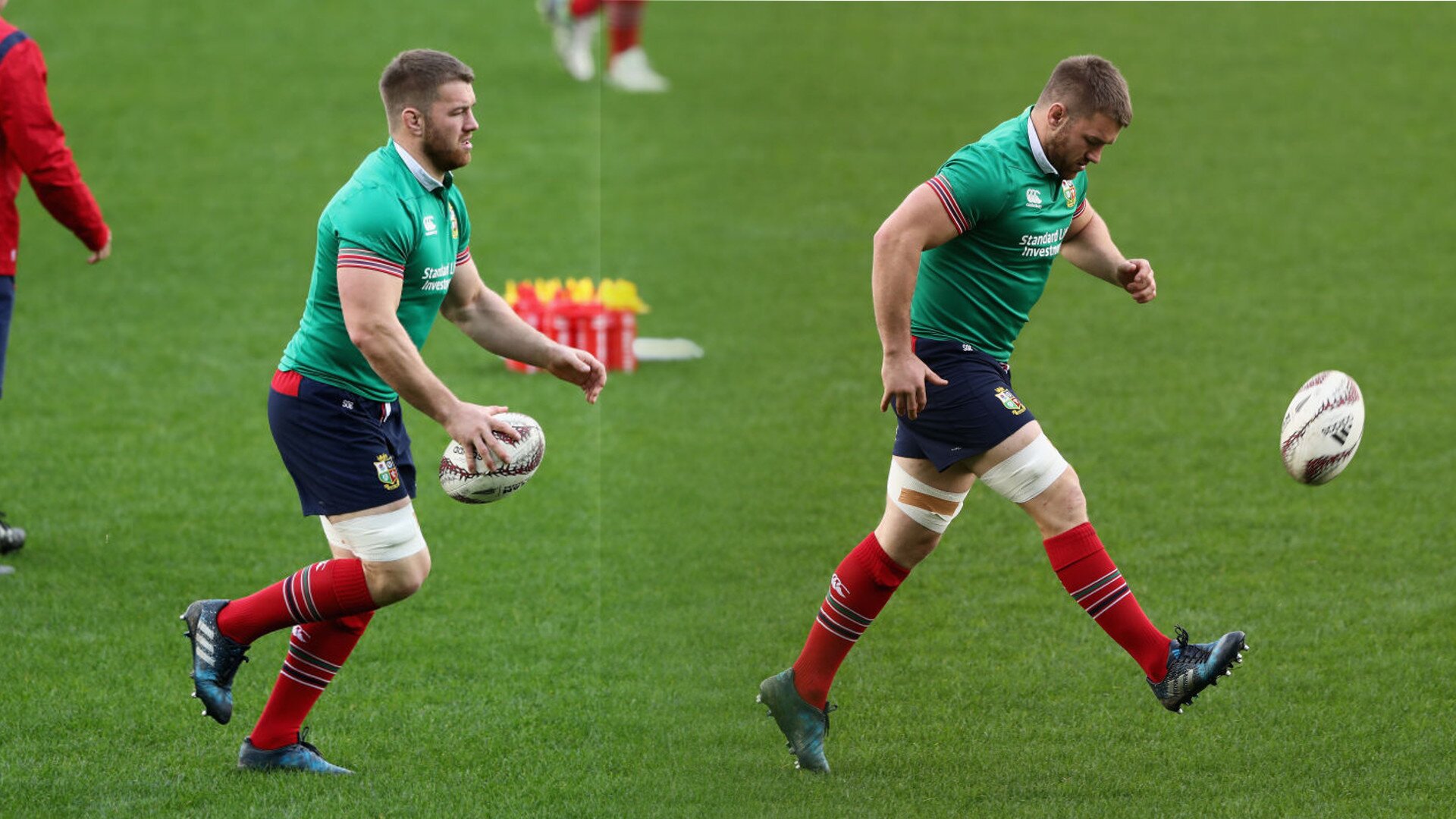 After a 2017/18 containing just 487 minutes stretched across eight games, he now has two appearances and 117 minutes under his belt and there has been no hesitation putting the repaired shoulder to the test. O’Brien put in 31 tackles and showing an appetite to carry in the recent heavy traffic in Galway and Dublin, promising signs with the season set to jump in intensity with European assignments versus Wasps and Toulouse.

A curious takeaway adding to his comeback intrigue is whether Cullen’s management of provincial resources is any indicator of what way Schmidt might play his November cards. O’Brien was stationed at No.8 in the derby win over Munster at the Aviva, directly up against CJ Stander.

The current holder of the Test jersey has been playing like a jumbo jet struggling to get up off the runway and into the air and while O’Brien looked rusty when feebly knocking on at the back of an early scrum, further appearances at No.8 will only add to the Test back row selection conundrum.

No wonder Schmidt will be smiling in Dubai on Monday morning.

After a six month lay off and over 20 operations, can Sean O'Brien still be trusted to be Ireland's missing link?

Highlights - Argentina vs Wallabies Next