Will Saracens be overworked? Will Leinster be undercooked? The contrasting approaches of clubs in the all too short period between the Six Nations and Champions Cup quarter-finals have been intriguing and we’ll find out who got it right this weekend.

Mako Vunipola was the only available member of England’s starting XV against Ireland who didn’t start for his club at the weekend. Owen Farrell, George Kruis, Dylan Hartley and Anthony Watson were all injured.

In contrast, Jacob Stockdale and Iain Henderson were the only Ireland starters to be in the starting XV for their club and that’s because Ulster don’t have a game this coming weekend.

The argument around how much rugby the England players, in particular, have been playing has been well documented but it’ll be interesting to see whether the freshness of a week off or the cohesion of a week playing together will bear fruit.

In my view, EPCR should delay the quarter-finals by a week in future seasons but for now coaches have a difficult decision to make.

Some coaches want their first-choice side to have played together so they’re ready for a big game and others want to make sure their internationals are well rested so will give them a week off. We’ll see after this weekend which approach is best but a three-week gap between the end of the Six Nations and the European quarter-finals would take that dilemma out of the equation.

Leinster sent a weakened side to Ospreys and could afford to do so because they’re in a very healthy position in their league. Saracens didn’t have that luxury because they had a big game at London Stadium and the battle for a top two place in the Premiership is so fierce.

Sarries won and will take that confidence and momentum into the weekend’s game at the Aviva Stadium. Leinster lost and, although they’ll have their stars back and fresh, they’re relying on them clicking straight back into the systems used at club level.

The last time Leinster’s first choice side all played together was in January and two months is a long time in rugby.

I saw a photo of Rob Kearney, Conor Murray, Peter O’Mahony and Keith Earls keeping out of the sun in a nice fish restaurant I know well at the Westin Hotel in Dubai. Ultimately, the results will dictate whether that break was the right idea from the clubs’ point of view or not. If Leinster beat Saracens and Munster see off Toulon, then it’s a good move but they might get a bit of criticism if they don’t.

As a player, I would’ve liked to have a game under my belt the week before a big game in order to be battle-hardened but the game has changed in terms of the impact on the body and it’s all about the individual management of players nowadays.

There’s no perfect answer. If you win, you’re right. If you lose, you’re wrong. 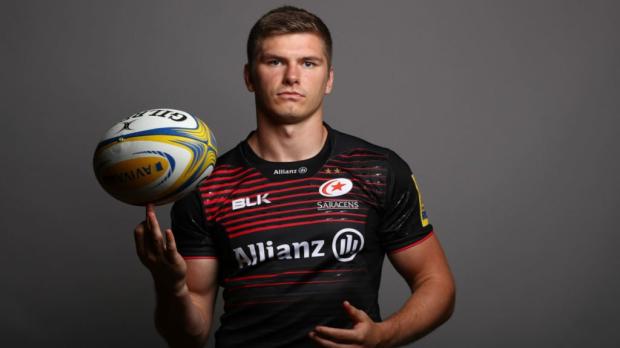 Whether Farrell, Kruis and Billy Vunipola are fit will have a huge bearing on Saracens’ chances on Sunday. You only know whether they really are touch and go or if they’re being held back and are ready to be unleashed if you’re in camp with them but people will be waiting to see their names on the team sheet before picking the winner of that one.

Sarries fans and neutrals will be desperate to see Farrell, in particular, back and he’ll be itching to have another crack at Johnny Sexton in their personal duel after defeat at Twickenham a couple of weeks ago.

Leinster won every game in what many people said was the toughest pool on paper ahead of the start of the tournament and looked head and shoulders above the rest but that is irrelevant now. Knockout rugby is a different beast.

In 21 seasons of European Cup quarter-finals there have only been 19 away victories, which shows just how hard it is to win on the road in a big European tie, but Saracens have produced the last two of those at Racing and Ulster and I just feel they can do it again.

Not many people will be picking Toulon to win at Thomond Park but they’ve been building nicely, are in form and have a lot of power, the x-factor of Semi Radradra and Chris Ashton scoring tries for fun, so I can see them pulling off an upset.

Clermont lost 49-0 to Toulon at the weekend and confidence at that club must be incredibly low. They might be prioritising the Champions Cup given that they’re ninth in the Top 14 but Racing will fancy their chances at the Stade Marcel Michelin.

Scarlets v La Rochelle is the most exciting game and the hardest to pick for me. I might have gone for La Rochelle a couple of months ago but their form has dipped since January and they don’t have the experience at this level, so I expect the Scarlets to make it through.

It’s as tough to call as I can remember any set of quarter-finals being but I’m going for Saracens and Toulon to win away in Ireland with Scarlets and Clermont coming out on top at home.