MacGinty also kicked five penalties, and Gloucester’s frustration boiled over in the final minute when a mass brawl broke out and centre Billy Twelvetrees was sin-binned.

Kaino on the magic of little Antoine Dupont:

Kaino on the magic of little Antoine Dupont:

But they were denied during the closing moments, and they remain bottom of the Gallagher Premiership after dropping there just hours before kick-off when Worcester were awarded four points due to their coronavirus-related cancelled game against Harlequins.

It was Sale’s first win since rugby director Steve Diamond unexpectedly left the club, and followed successive defeats against Toulon, Edinburgh and Wasps.

Gloucester boss George Skivington handed a first start of the season to lock Alex Craig, while scrum-half Stephen Varney returned in the solitary back division switch from the side beaten by Exeter on Boxing Day. 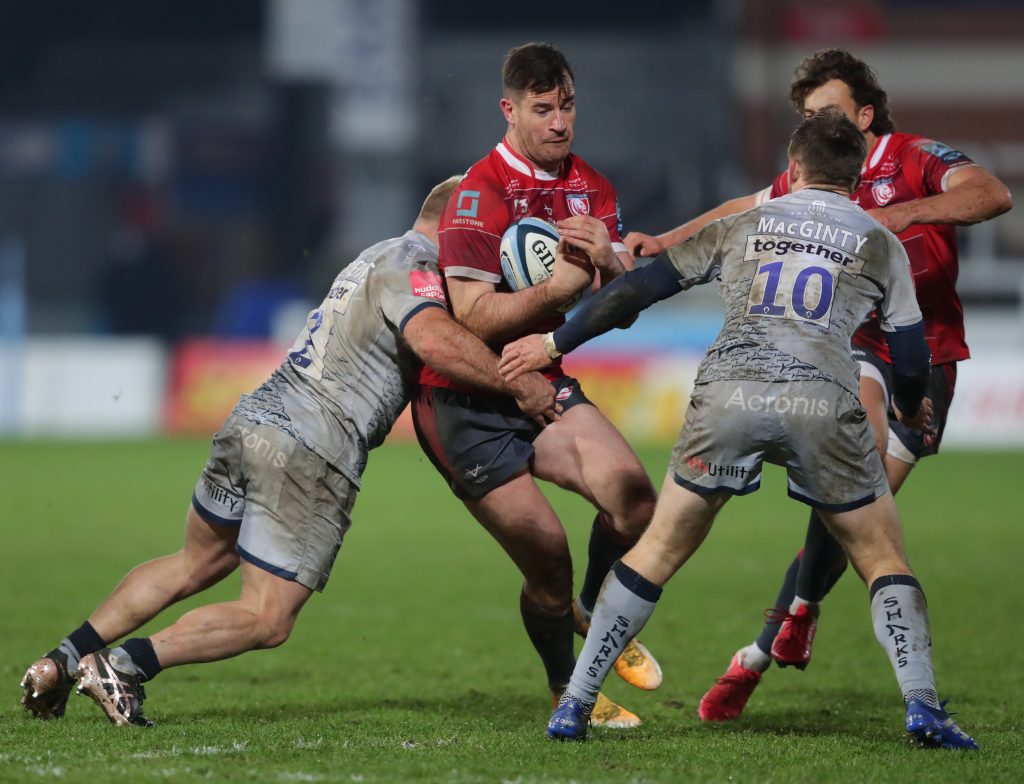 Gloucester were quickest out of the blocks as snow showers swirled around Kingsholm, dominating early territory and taking a fifth-minute lead when Evans landed a 35-metre penalty.

Sale stirred through the powerful work of their forwards, and they drew level 12 minutes later through a MacGinty penalty that rewarded sustained pressure.

Both sides went full bore in the close-quarter exchanges, and it was no surprise that the game’s opening try came from a driven maul. 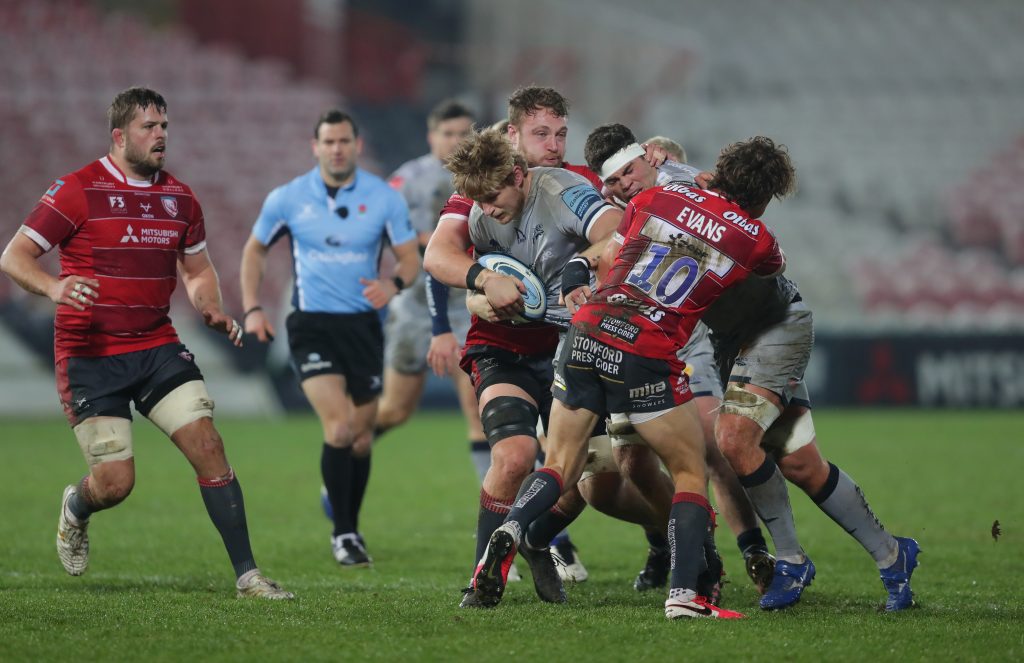 The Gloucester pack established momentum close to Sale’s line, and Balmain touched down, taking the home side five points clear.

Although MacGinty’s second penalty cut the gap, Evans quickly restored it with a penalty after Ross was sin-binned by referee Karl Dickson following a high challenge on Gloucester prop Val Rapava-Ruskin.

And Ross had only been off the pitch for four minutes when Gloucester struck with an outstanding try from distance. 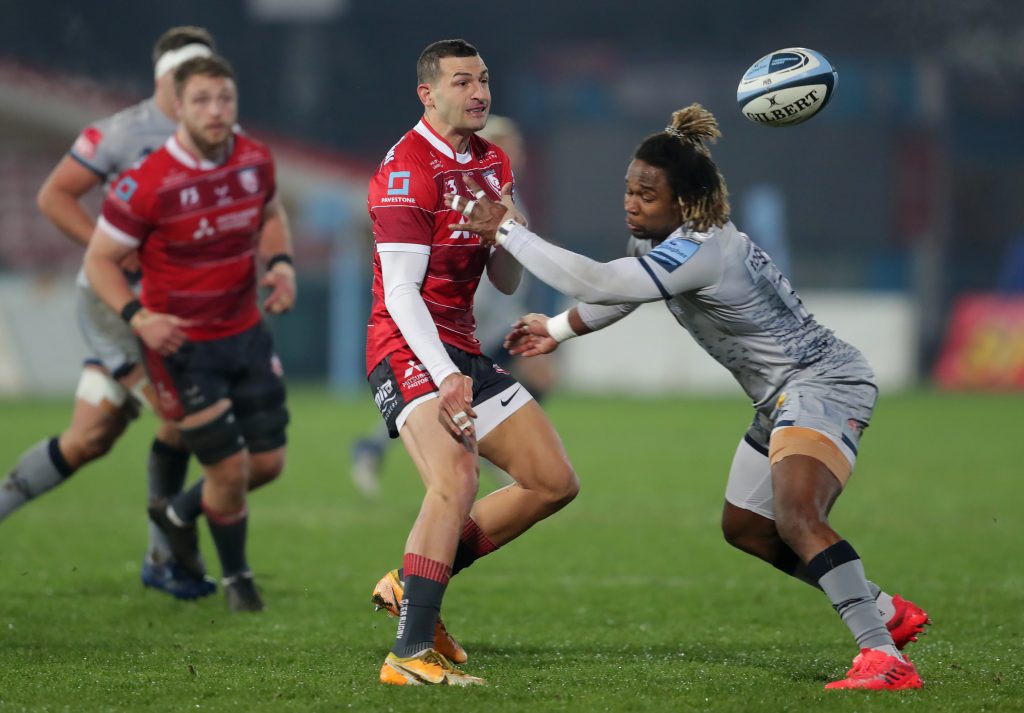 Scotland international centre Chris Harris was the architect, gliding clear of Sale defenders from just inside the Sharks’ half, before his pass sent Rees-Zammit clear and he applied a slick finish.

It was a setback for the visitors, yet they stuck to their task and MacGinty completed his penalty hat-trick just before half-time, making it 16-9 at the break.

MacGinty added another penalty early in the second period, and there was a renewed appetite among the Sale forwards with Ross back at the helm following his yellow card. 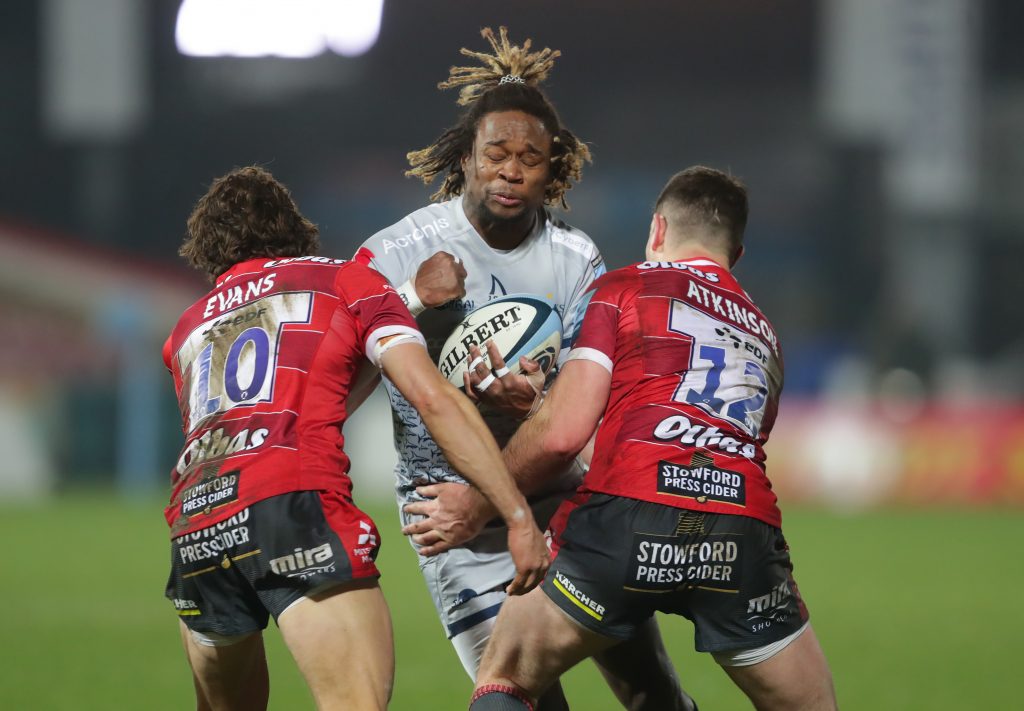 The Sharks then went desperately close to breaching Gloucester’s defence after an impressive surge led by their pack, but wing Tom Roebuck was just inches in touch as he stretched out with the ball over Gloucester’s line.

It was all Sale at this stage, and Gloucester did not help themselves when captain Lewis Ludlow was sin-binned for a technical offence, handing the Sharks a temporary one-man advantage.

A fifth successful MacGinty penalty made it a one-point game before Ludlow rejoined the action, and Gloucester’s first-half momentum had been lost as Sale could reflect on a dominant third-quarter display.

But another Evans penalty gave Gloucester breathing space, and Sale could find no way back until Beaumont’s close-range score that MacGinty converted.