Ulster squeezed out a vital 17-16 victory at Bath in their opening match in Pool Three of the European Champions Cup.

Tries in each half by John Cooney and Rob Lyttle helped the PRO14 side make it five straight wins against Bath in European competition. Scrum-half Cooney converted both and kicked a 70th-minute penalty to seal the win. 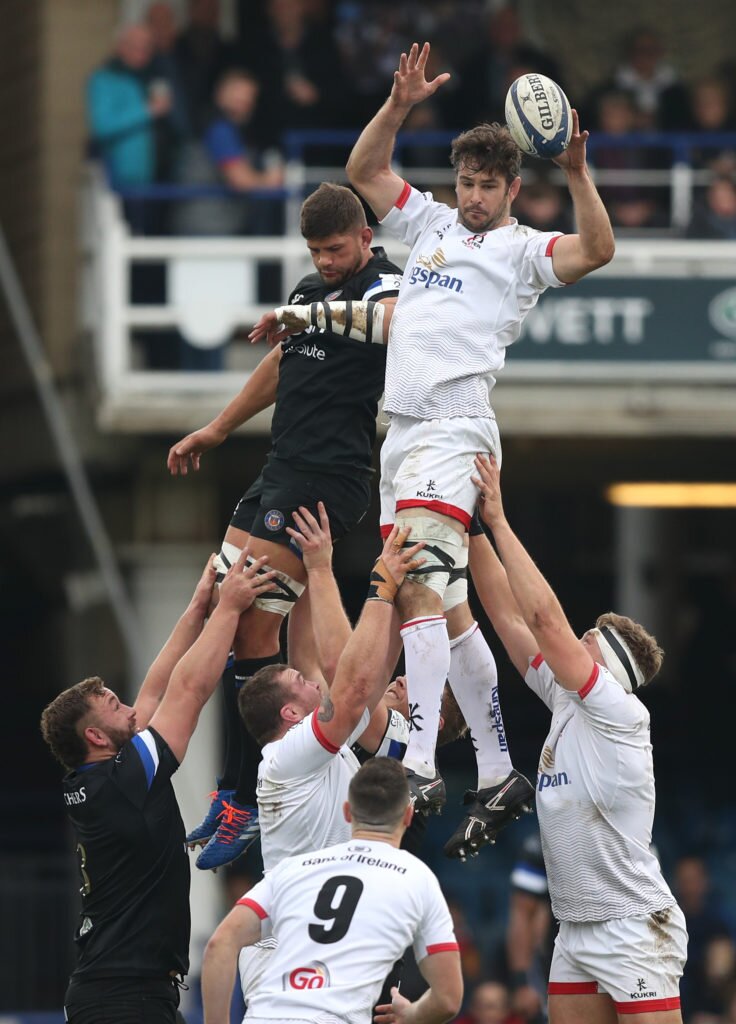 However, the win came with a price. Both prop Jack McGrath and secondrow Sam Carter had to leave the field with significant looking arm injuries early in the first half.

The Premiership side kept in touch with two penalties from Freddie Burns before replacement wing Gabriel Hamer-Webb scored their only try, converted by Burns. Rhys Priestland’s 66th-minute penalty put them ahead for the first time in the match but Cooney had the final say.

They opened confidently and Priestland soon had a chance to open the scoring but pulled his 45-metre penalty just wide.

Instead, it was the visitors who struck first after 13 minutes. Will Chudley had only just charged down an attempted box-kick by his opposite number Cooney when his own kick through was blocked. Cooney was quickest to the loose ball, hacked on for a kind bounce and sprinted in from 40 metres.

Two penalties in quick succession from Burns, briefly taking over the place-kicking as Priestland nursed a knock to his leg, cut the lead to a single point on the half-hour.

Bath’s midfield passing lacked the precision of Ulster’s, for whom fullback Will Addison was a particularly creative influence.

The former Sale man, capped by twice by Ireland, was involved in a prolonged series of attacks at the end of the half which finally yielded a penalty in front of the Bath posts but Cooney somehow pushed his kick wide.

On their return from the half-time break, Ulster showed signs of wilting – missing tackles on Semesa Rokoduguni and Will Stuart and having a narrow escape when Charlie Ewels’ offload deep into the visitors’ 22 found Stuart McCloskey rather than Bath hands.

But it then took a try-saving tackle by Priestland to deny centre Luke Marshall at the other end before Ulster increased their lead on the hour with a try by right wing Lyttle, chasing Addison’s kick down the touchline.

Cooney converted to make it 14-6 but Bath hit back straight away as rookie left wing Hamer-Webb rounded Addison with ease to score in the corner, with Burns adding the conversion.

A high tackle by Alan O’Connor on Underhill allowed Priestland to give Bath the lead, but the advantage was short-lived as Cooney kicked a simple penalty in reply.

The match in pictures: 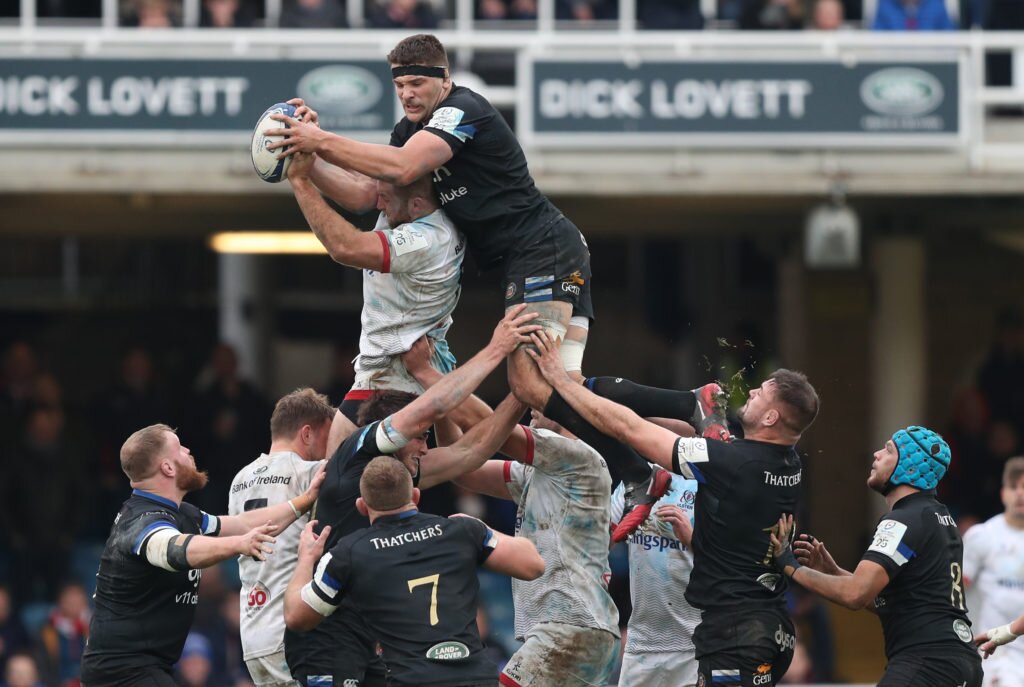 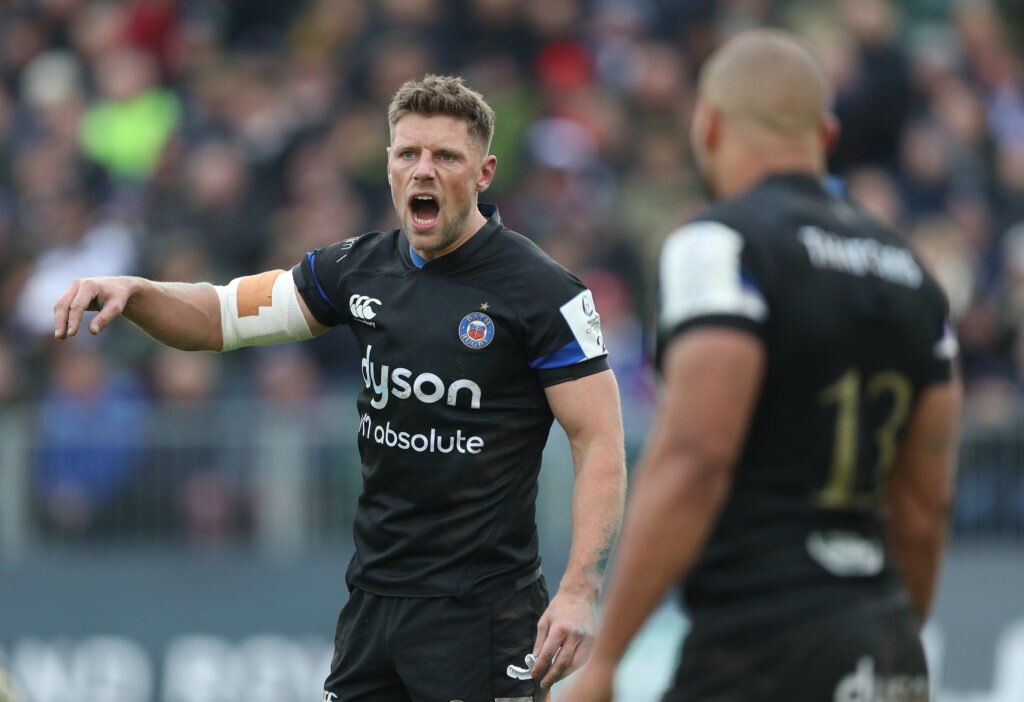 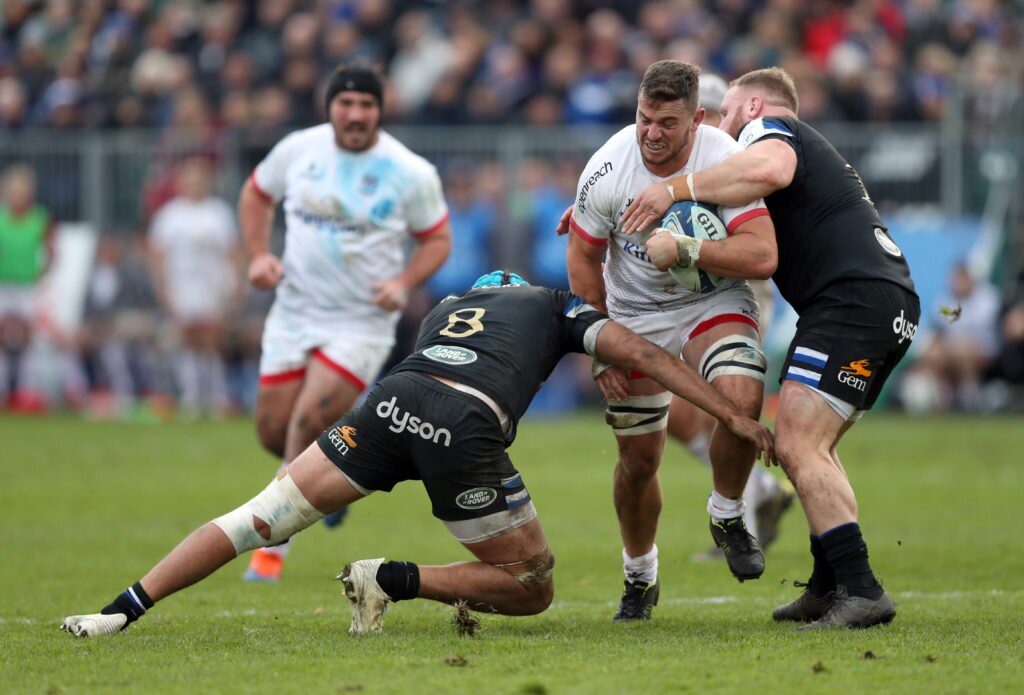 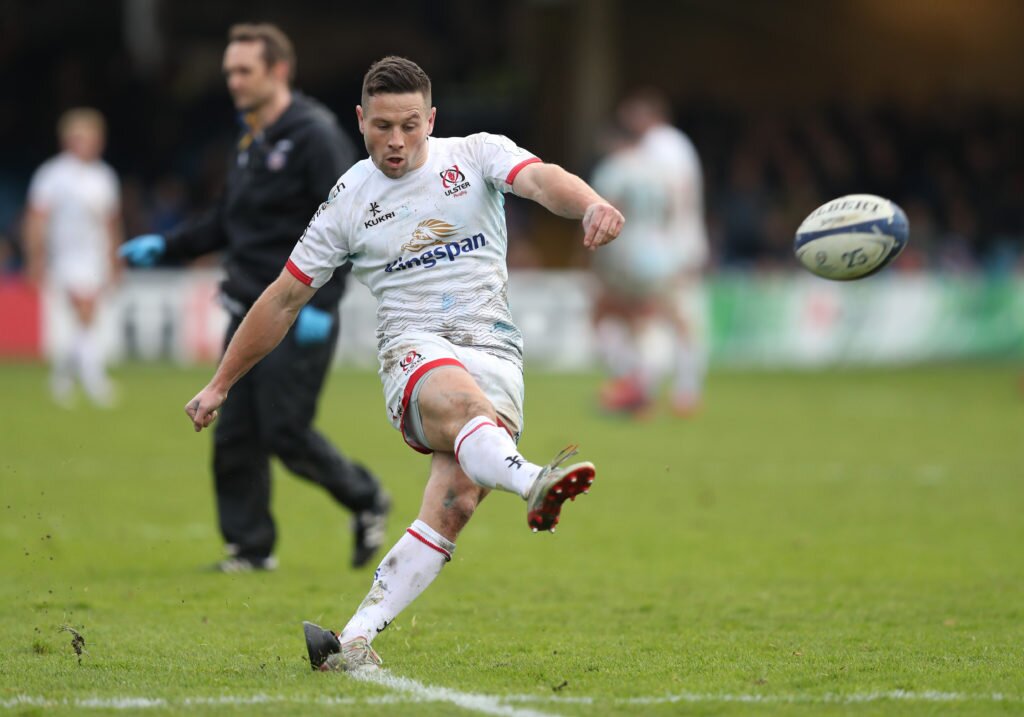 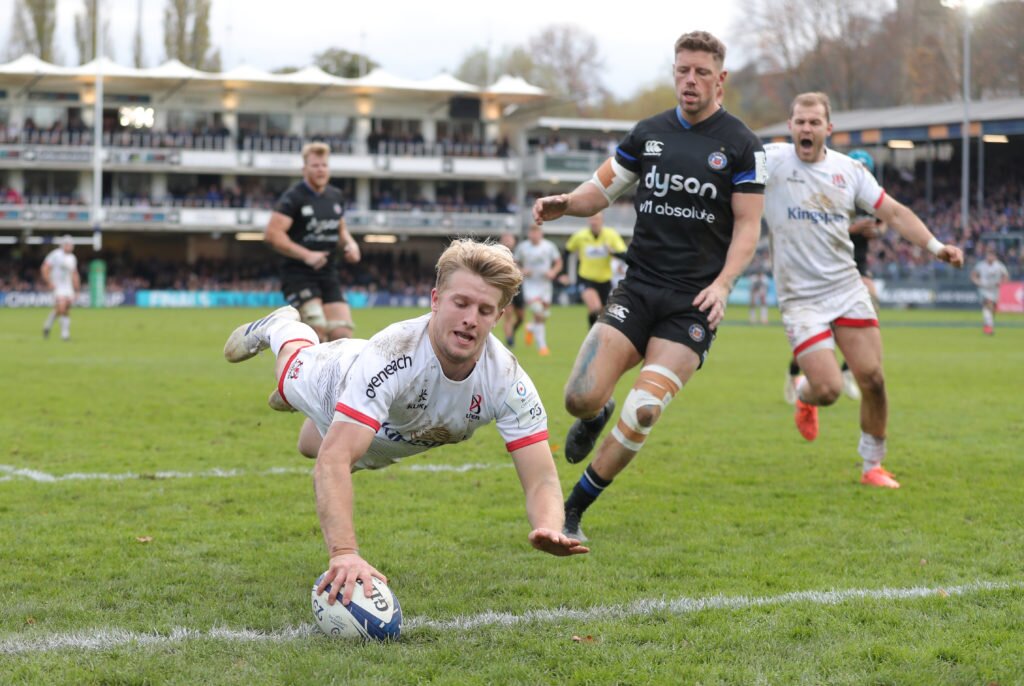 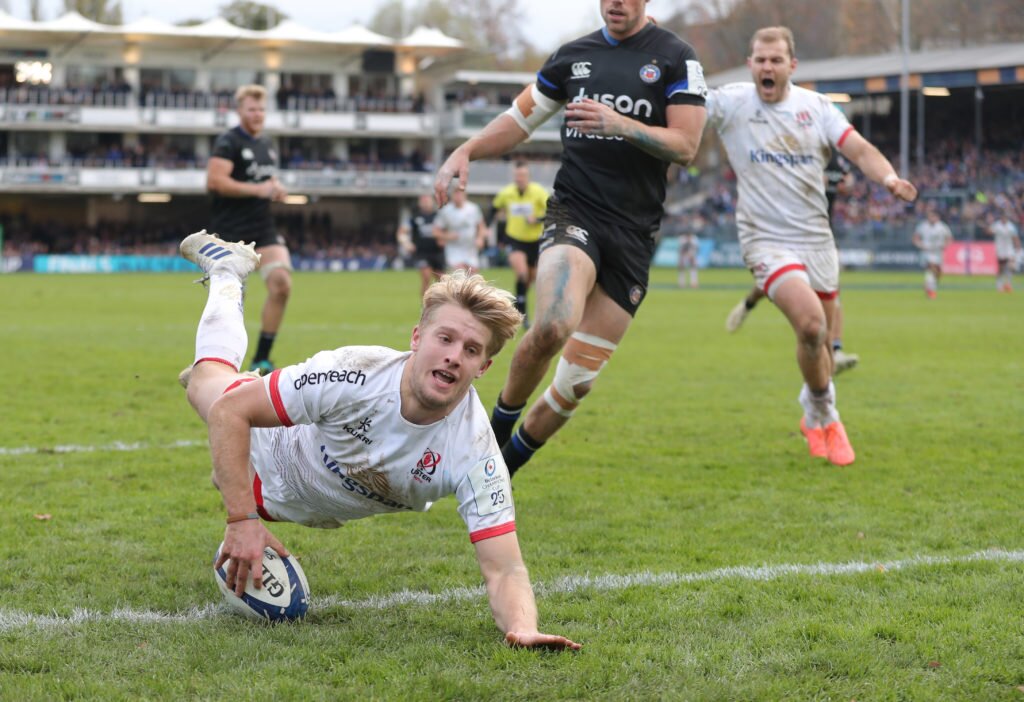 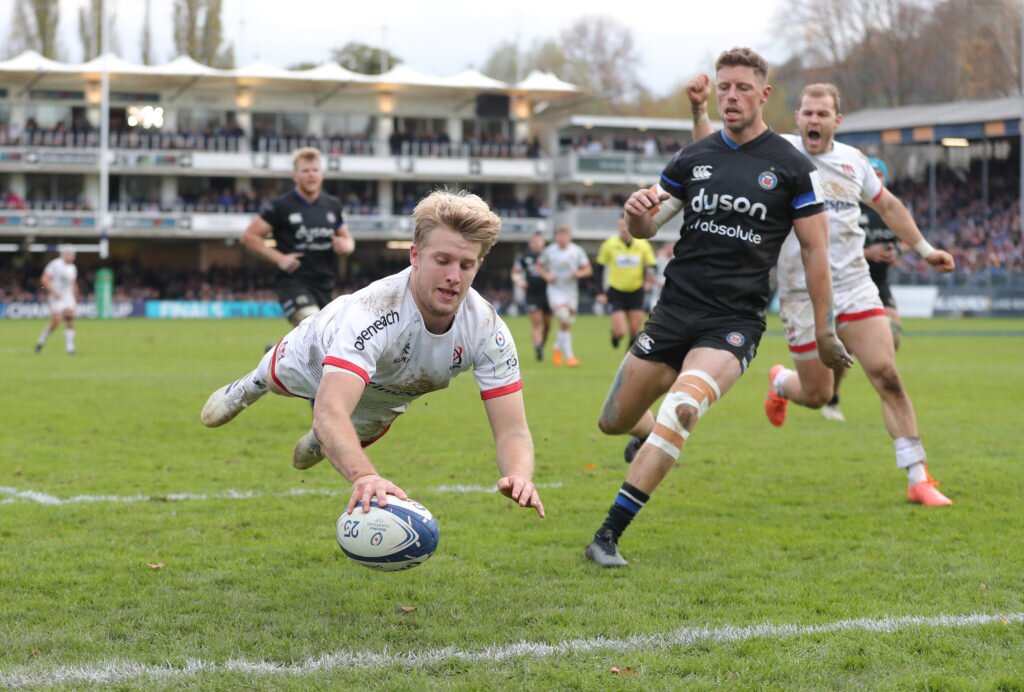 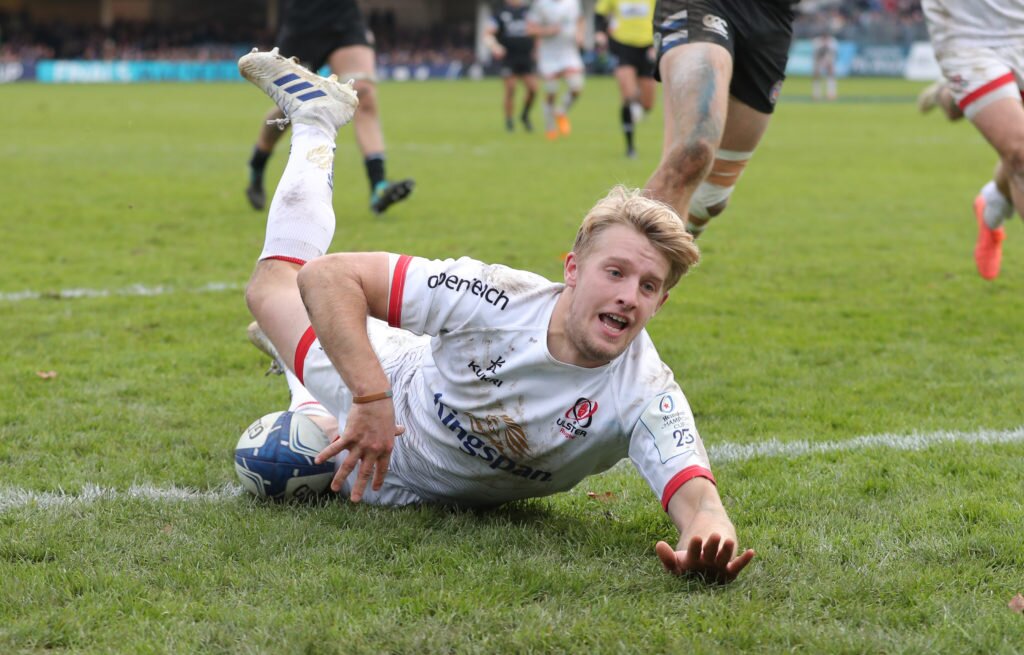 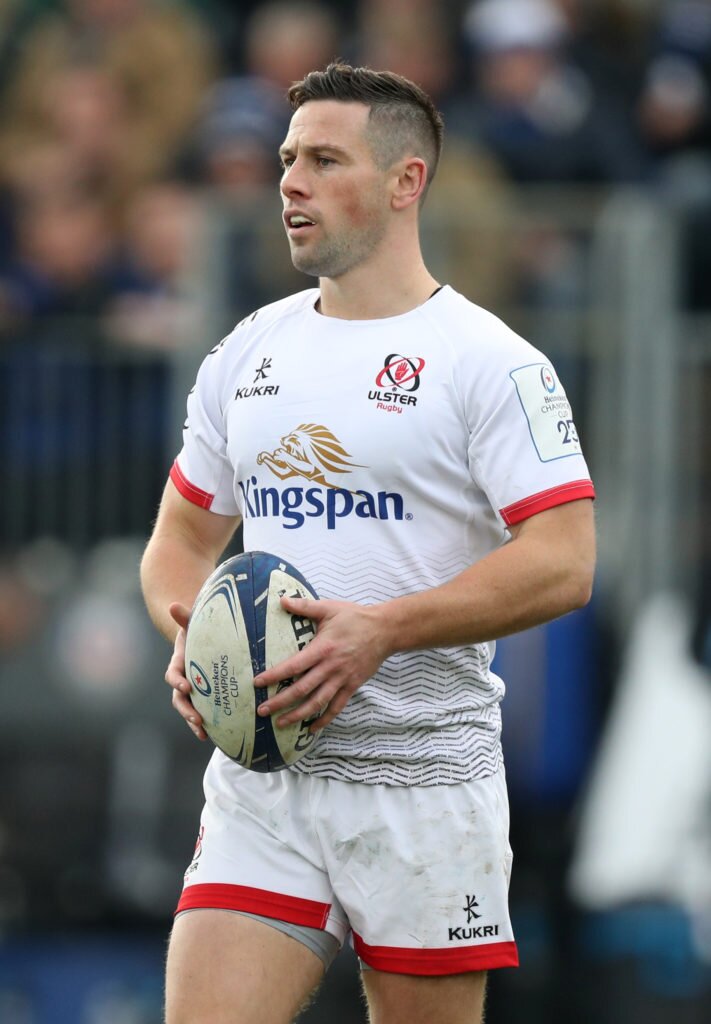 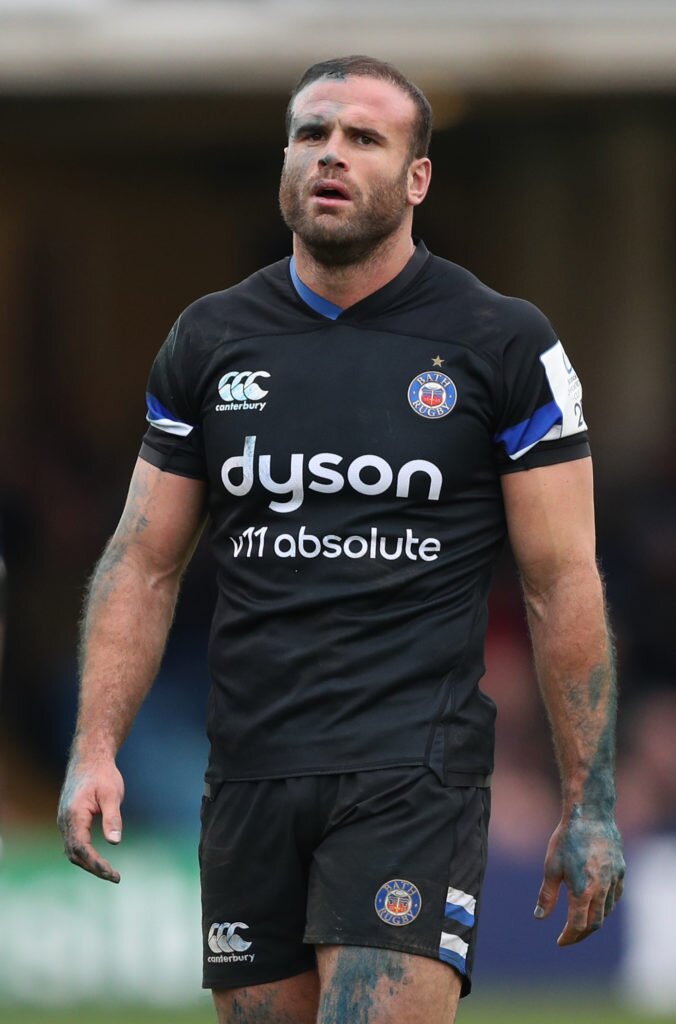 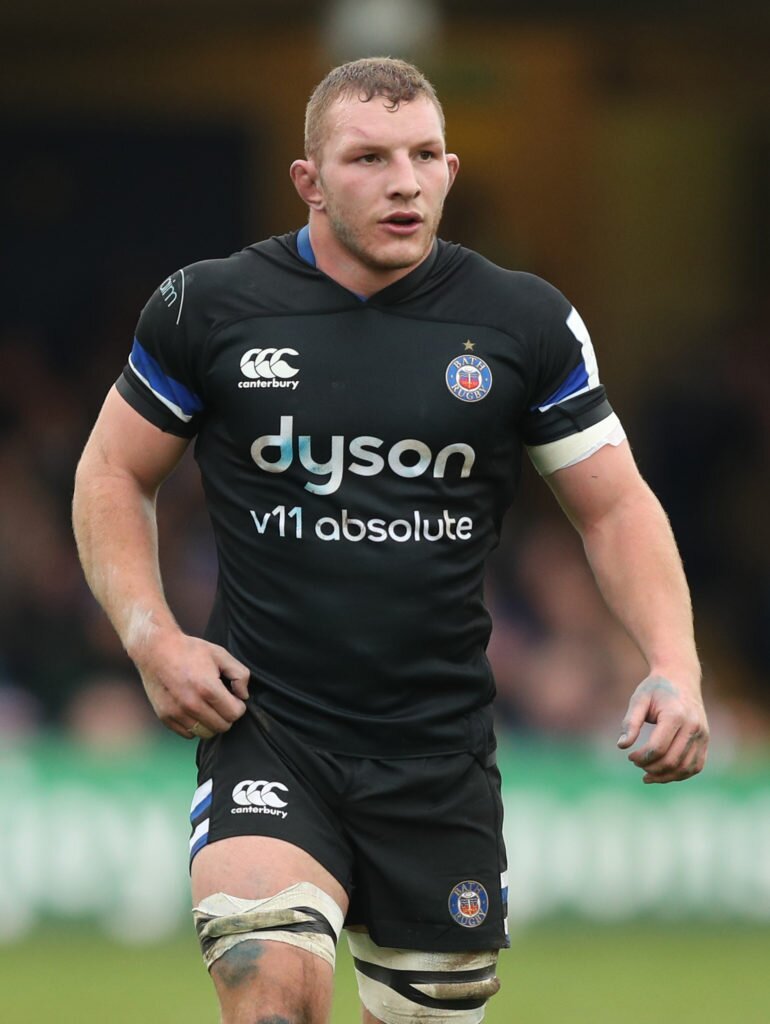 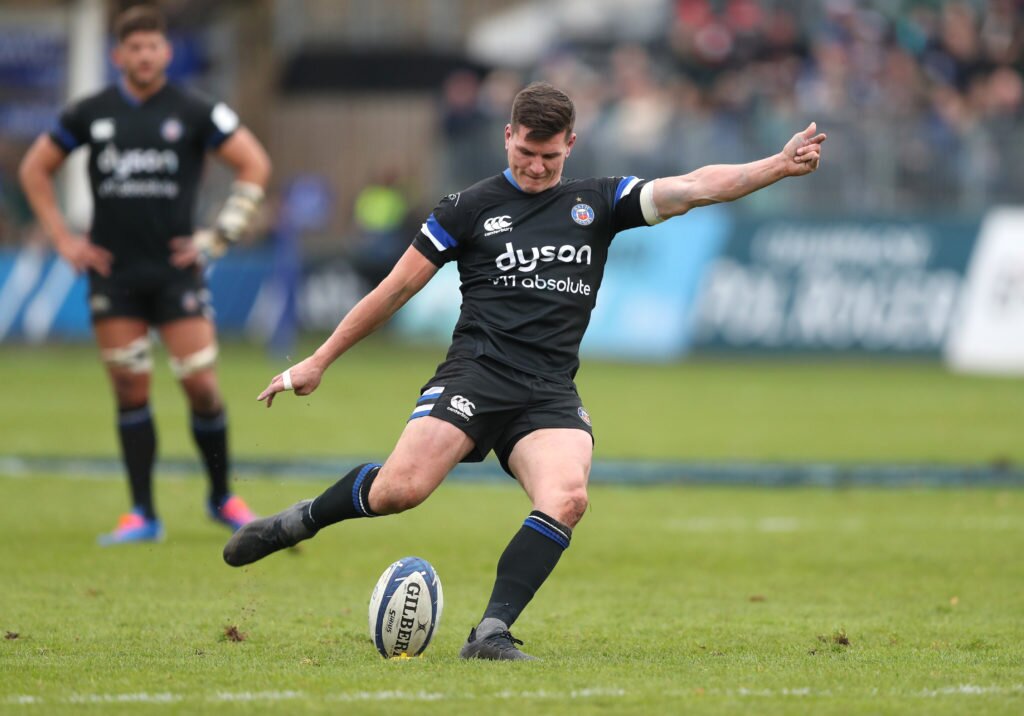 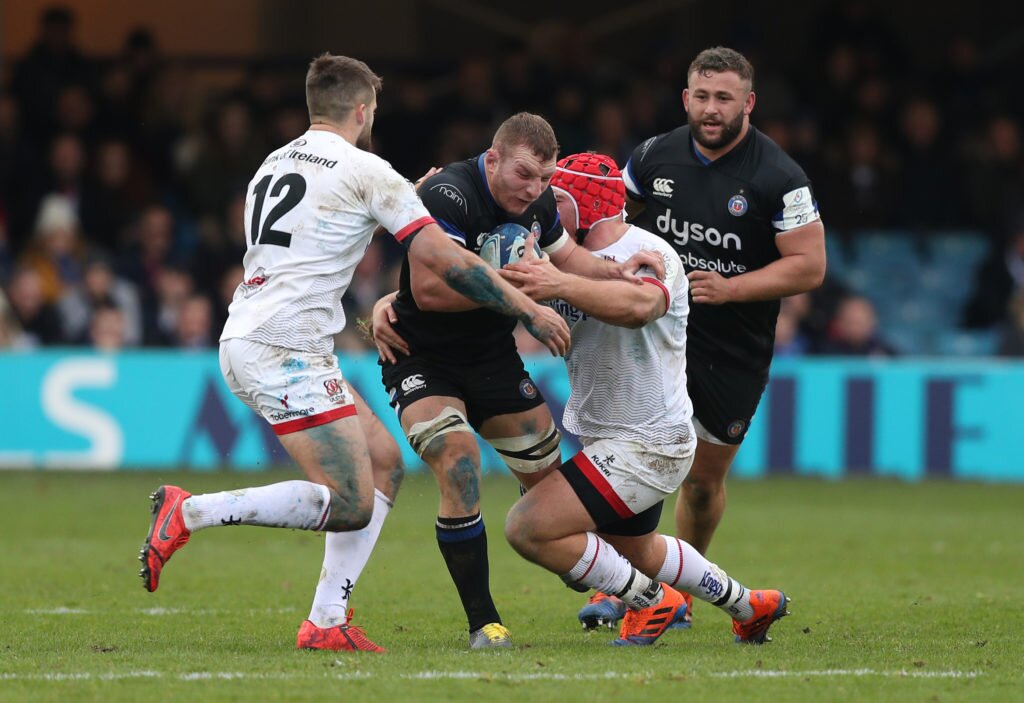 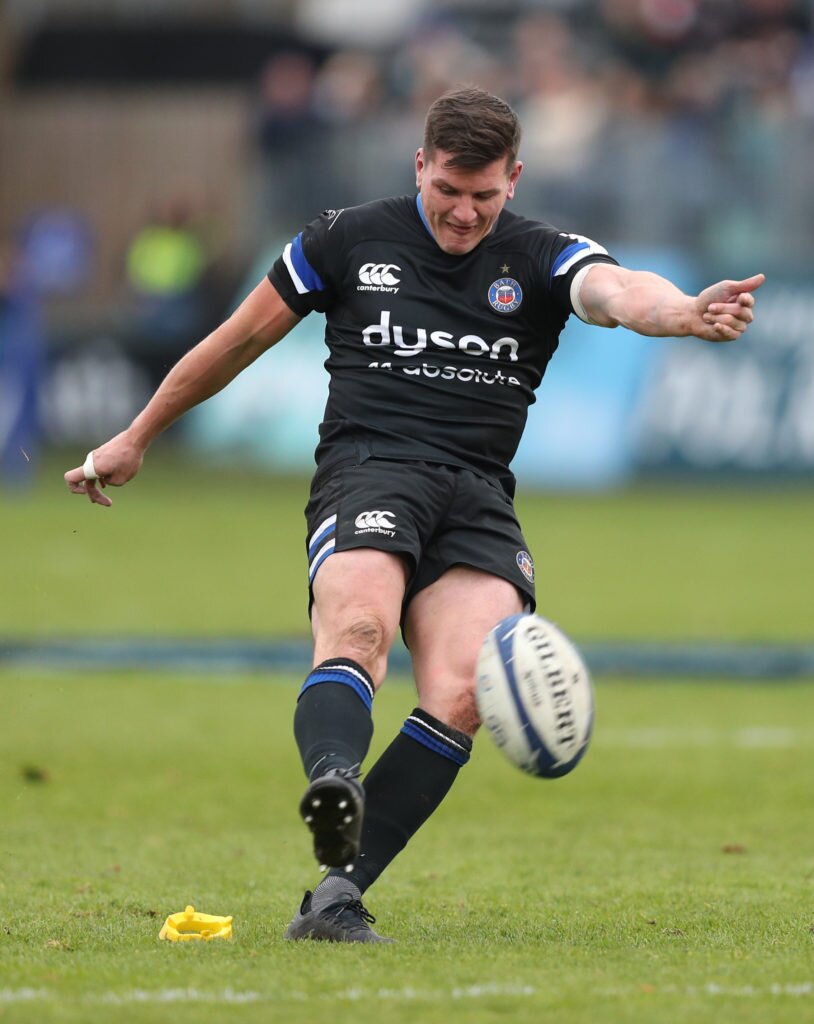 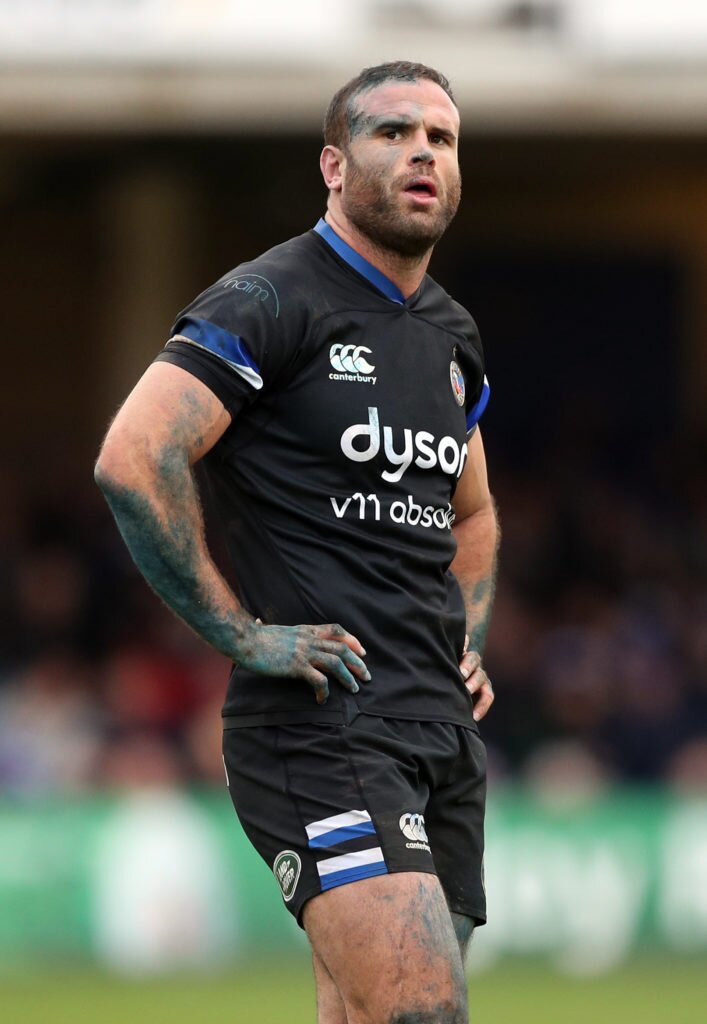 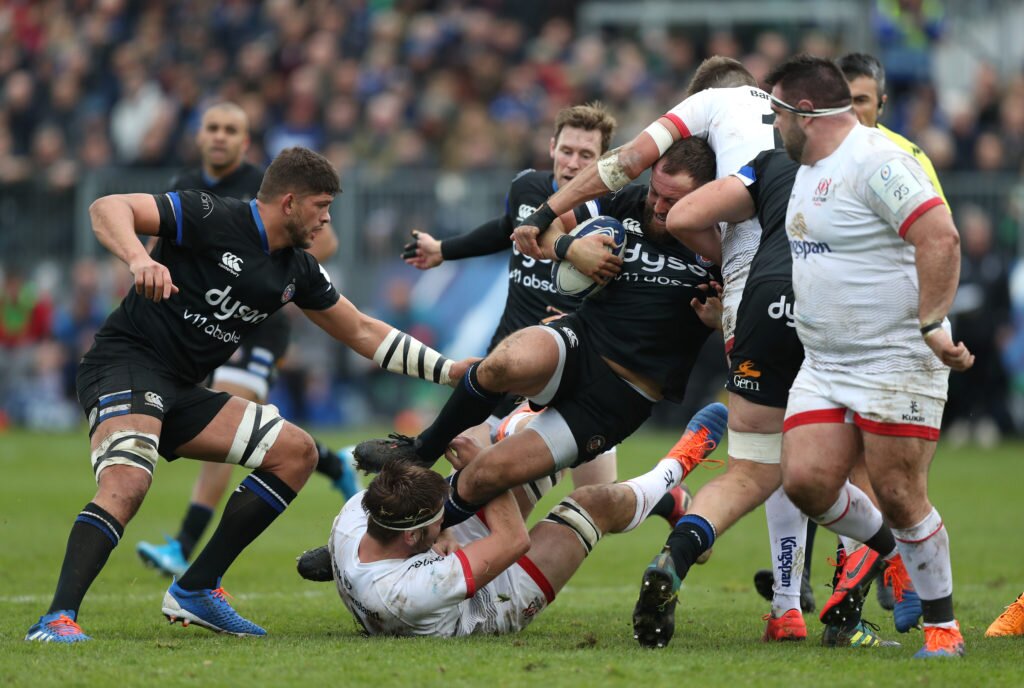 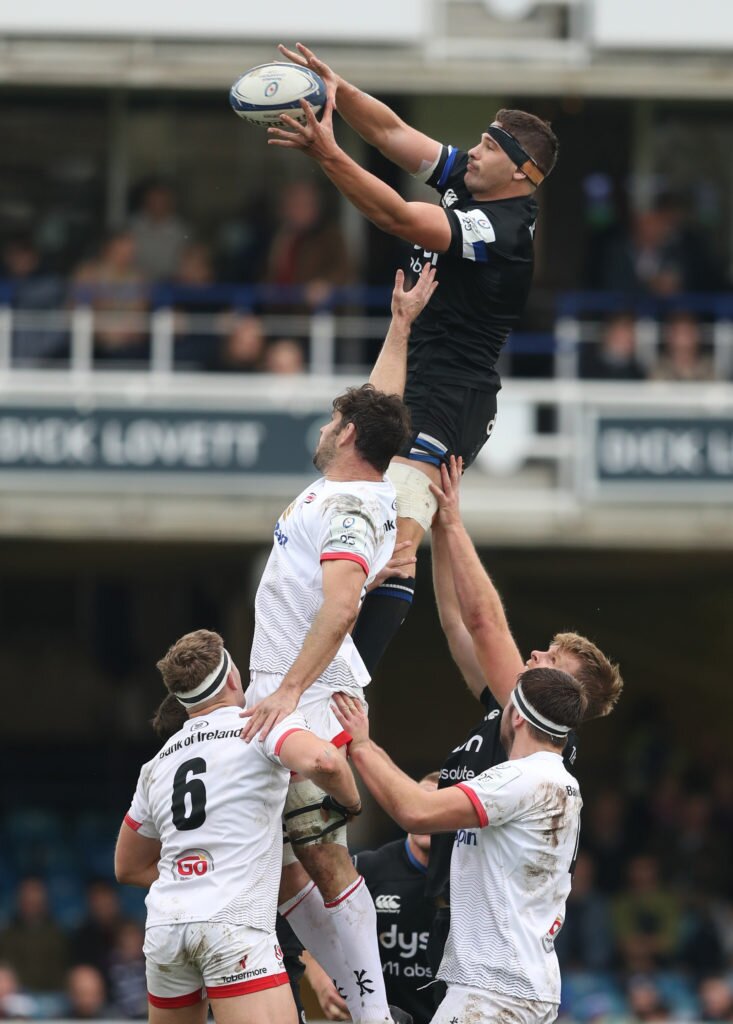 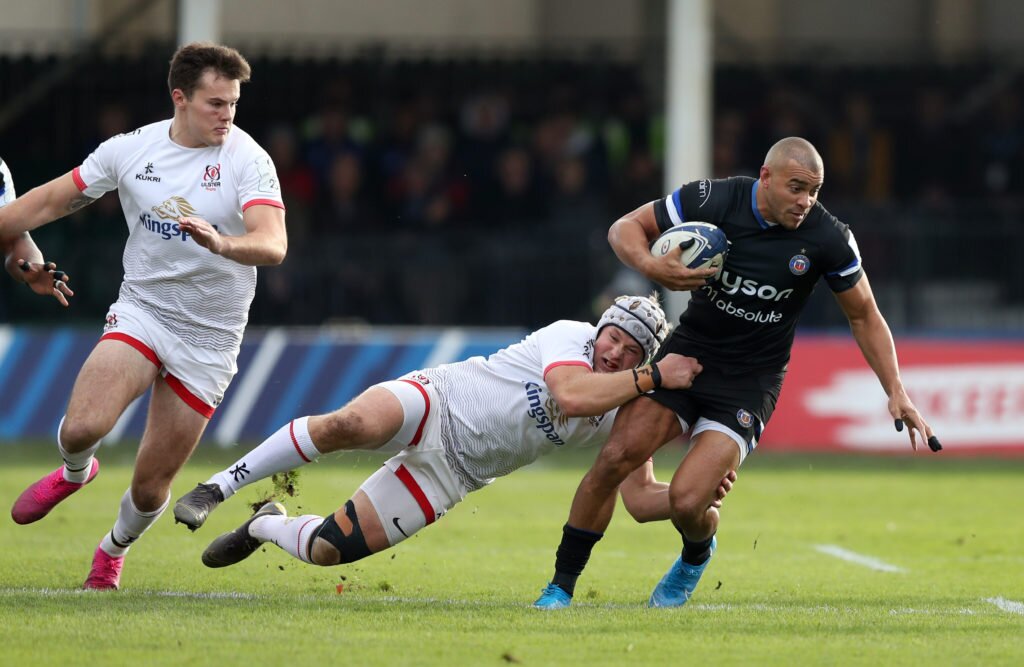 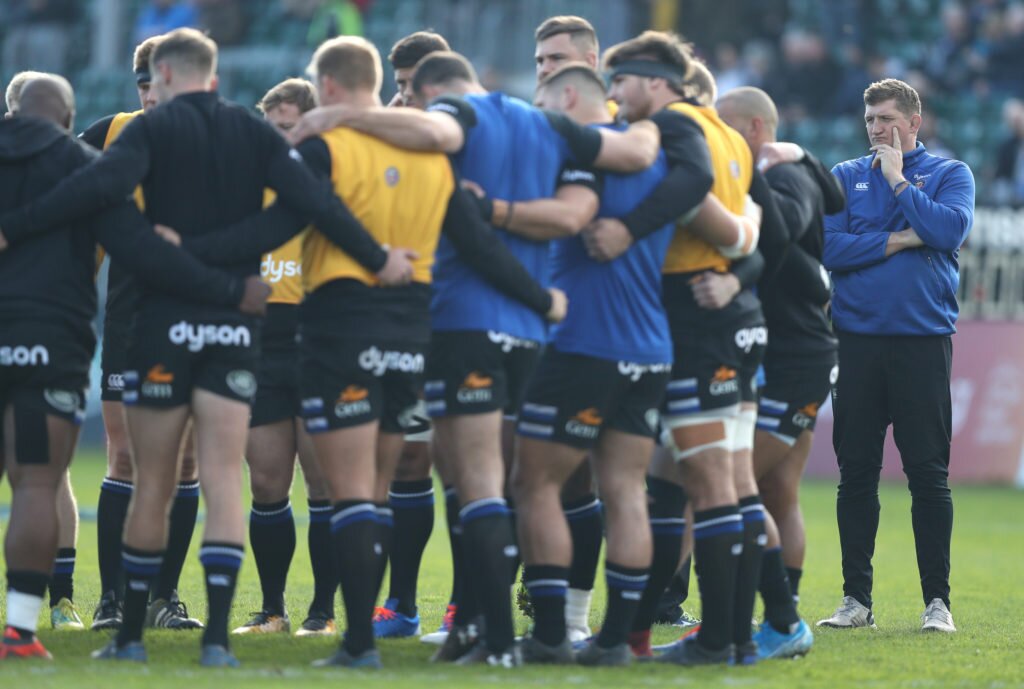 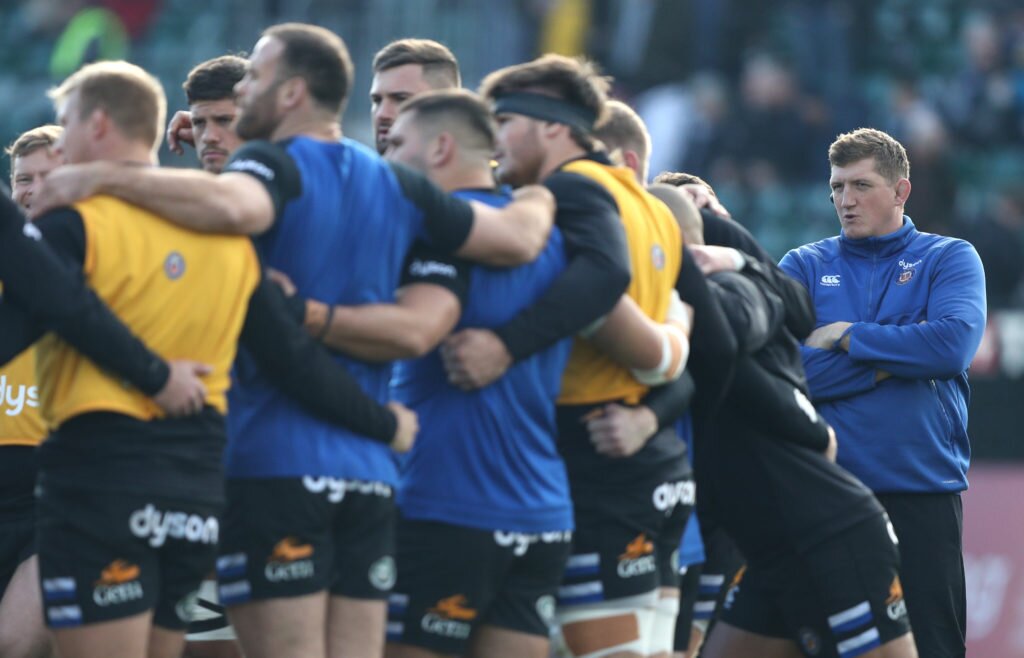 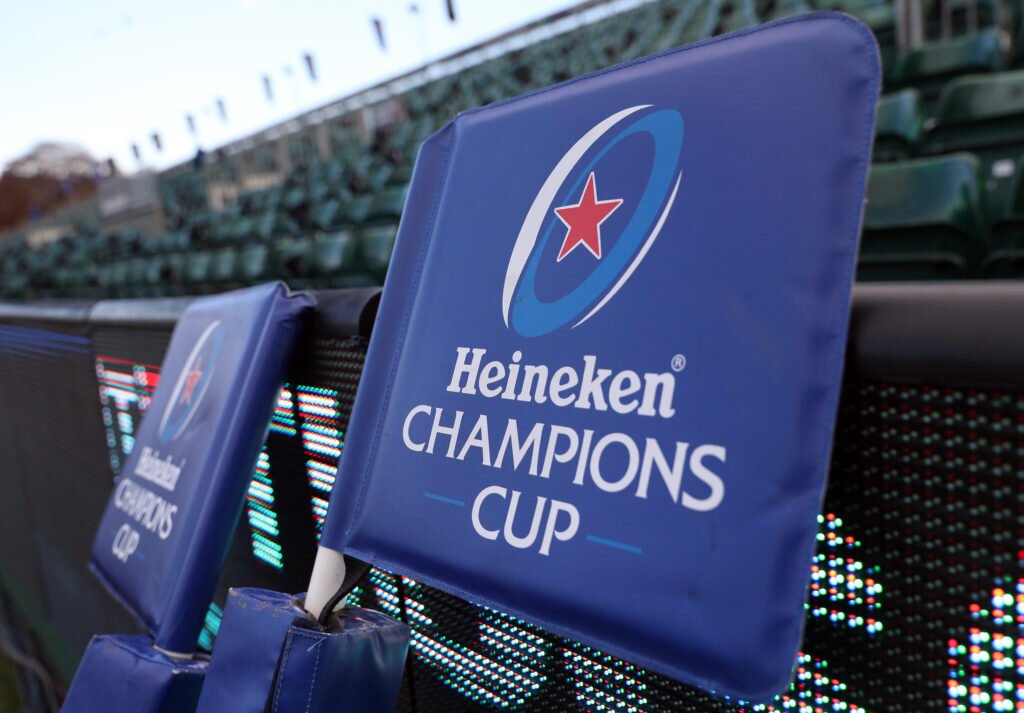 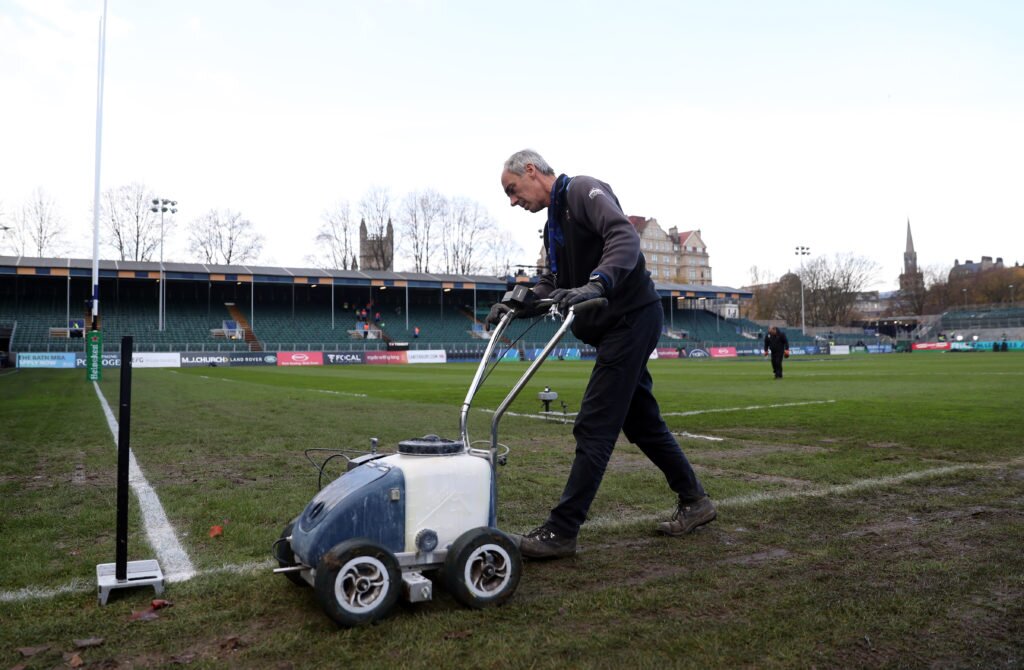 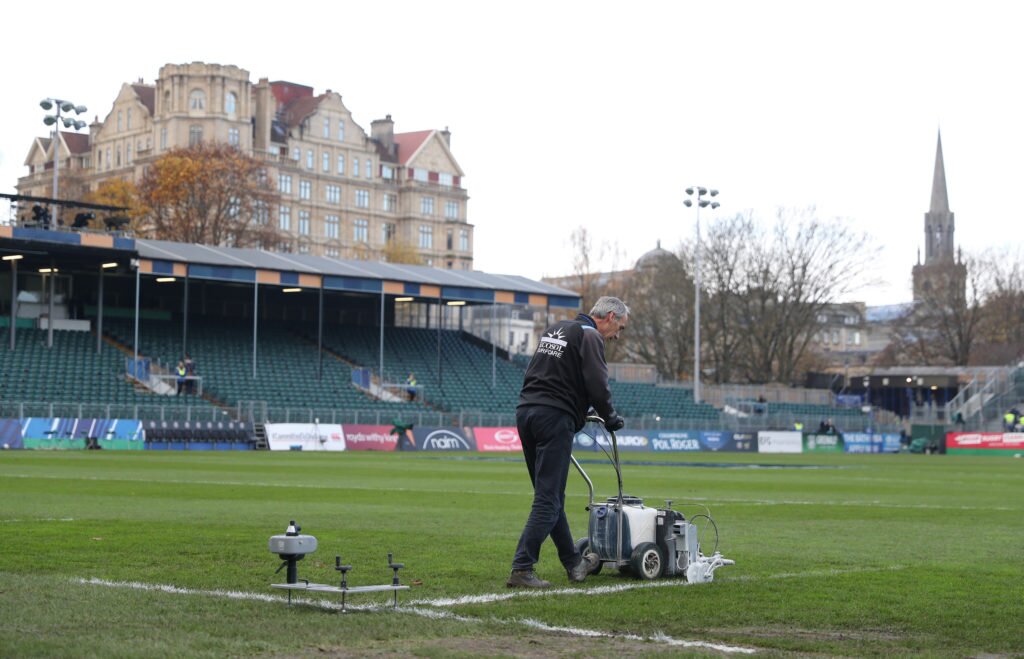 Glasgow edge out Sale Sharks Next