Scarlets fans turn on Pivac... Next
Back
Internationals

Ireland and Leinster full-back Rob Kearney’s playing future has been subject of plenty of speculation with his IRFU contract due to expire at the end of the 2019 Rugby World Cup.

Kearney has been almost ever-present in the number 15 jersey with Ireland during the Joe Schmidt era, however he wasn’t selected for Ireland’s Six Nations opener with England based on his form after returning from injury, with Robbie Henshaw selected instead.

The 33-year-old did return for Ireland’s next game against Scotland and retained the jersey for the rest of the Championship, bar his late withdrawal due to injury in the penultimate game against France.

The presence of Jordan Larmour has also put him under pressure at club and international level, with the the 21-year-old selected at full-back for Leinster’s Champions Cup quarter-final against Ulster, but Kearney did manage to win back the shirt for the semi-final victory over Toulouse.

Last week Kearney said that discussions with the IRFU were “slow”, adding “they’re progressing a little bit, but I’m not in a huge rush. I’m pretty content with where I’m at, I know that there will be something that I’ll be able to do,” he told the 42.

He also stated he’d ideally like to stay in Ireland, “That is the preference, but if that doesn’t happen and all parties aren’t happy – because Leinster are involved now obviously in it too – then maybe we’ll have to look abroad. But that is not the preference at the moment.

“Certainly, the fire is still very much burning at Leinster and Ireland.”

But a picture and caption in an Instagram story by Sean O’Brien at Leinster’s awards ball on Sunday has increased speculation over Kearney’s future. The backrow posted “Best of luck in France chieftain been a pleasure”. 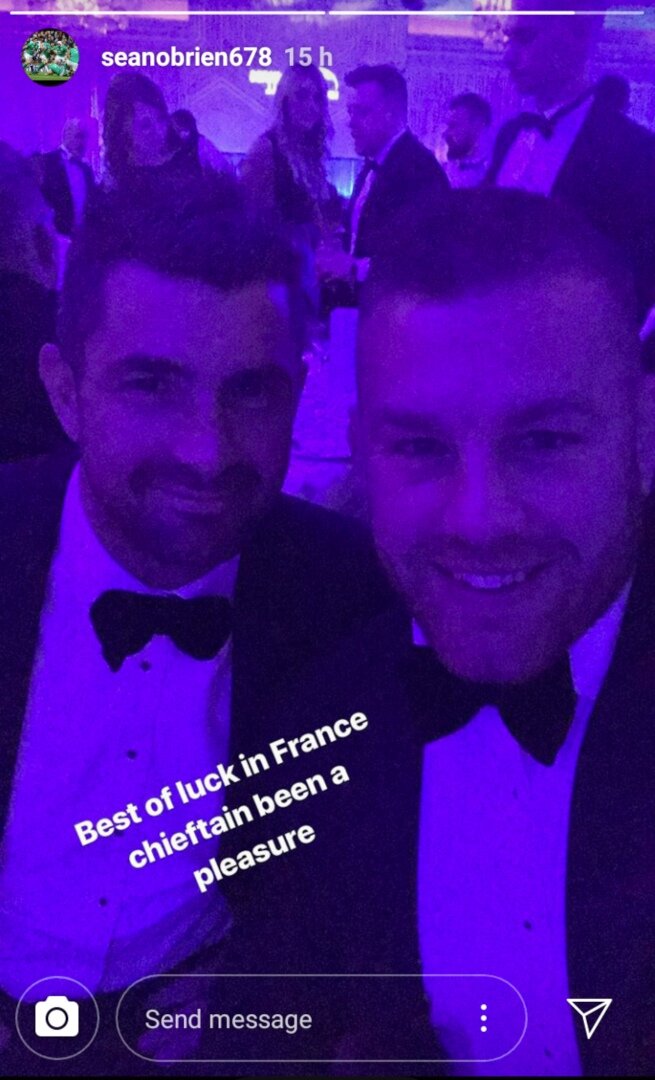 O’Brien, Jack McGrath, Noel Reid, Mick Kearney, Nick McCarthy, Ian Nagle and Tom Daly are all confirmed to depart Leinster at the end of the season.

O’Brien is moving to London Irish, McGrath joining Ulster, while Noel Reid has signed for Leicester.

You may also like: Ulster’s Jordi Murphy discusses life after Leinster and the motives behind his move north.

Midfield muddle More questions than answers continue to arise in the All Blacks’ quest to rebuild their midfield. Gregor Paul Rise from the ashes NZ were once unstoppable at Under 20s level but the landscape has changed over the last decade. Tom Vinicombe Nothing is impossible Passion and resilience underpin the MLR and make everyone confident the US competition will flourish. Gregor Paul Room to move Analysis: Greater policing of the offside line has helped attacks flourish in Super Rugby Aotearoa 2021. Ben Wylie Guessing game Some major All Blacks selections still remain a mystery ahead of the test season. Patrick McKendry