Sale slam their doper's behaviour Next
Back
Gallagher Premiership

Saracens have been making waves with their recruitment this season, with England international Elliot Daly already confirmed as heading to the club next season.

Reports have also linked up and coming Welsh loosehead Rhys Carre with a move, as well as former academy graduate Jack Singleton with a return to north London to bolster the club’s stock of hookers.

These moves have been made possible by a raft of upcoming departures this summer, with Marcelo Bosch, Schalk Burger, Christopher Tolofua and Sione Vailanu among those leaving the club.

RugbyPass understand that Saracens will fill out those front row reinforcements with the signing of Harlequins tighthead Josh Ibuanokpe.

Ibuanokpe, 23, was a former standout at number eight for Dulwich College back in his school days, but standing at 6′ 2″ and weighing in at over 20 stone has seen him move to the front row since he joined Quins in 2014. He has combined his rugby education with a physics degree at the University of Bristol and has begun to earn more playing time and opportunities in south-west London during the 2018/19 season. 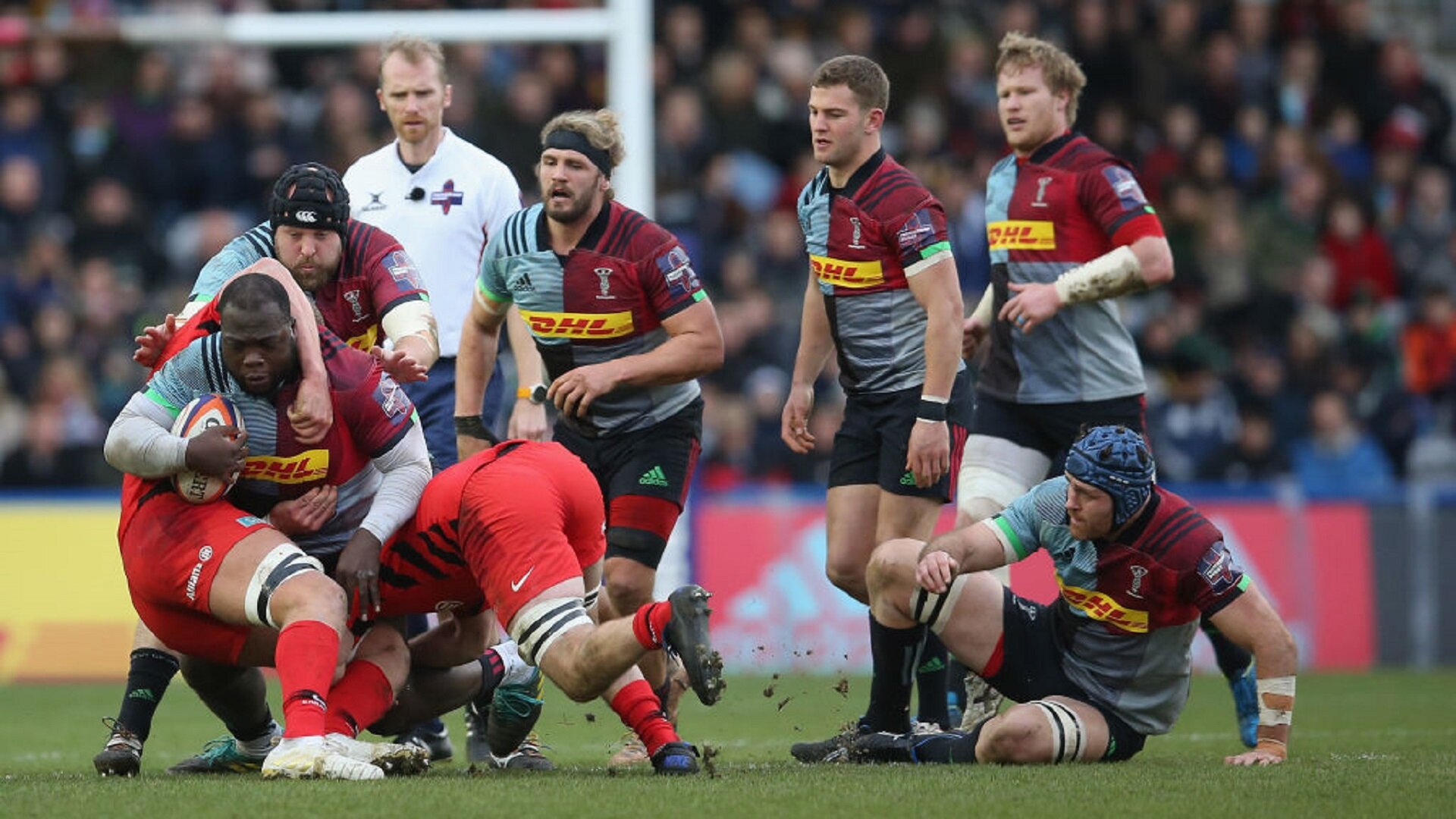 Josh Ibuanokpe is tackled by the Saracens defence during the Premiership Rugby Cup match between Harlequins and Saracens at Twickenham Stoop. (Photo by Steve Bardens/Getty Images for Harlequins)

A move to Saracens seems to have been too enticing for Ibuanokpe to turn down, however, and he will compete with Vincent Koch, Juan Figallo and Titi Lamositele for minutes next season, although with all three potentially involved with their respective nations at the Rugby World Cup, Ibuanokpe could find himself entrenched in the matchday squad to start the season.

A powerful carrier, Ibuanokpe will get to refine his scrummaging technique under the guidance of former England U20 head coach Ian Peel at Saracens, as well working alongside the likes of Koch and Figallo at the club’s St Albans training ground.

With Saracens putting a premium on the conditioning of their players, it looks as if a move to Allianz Park could bring the best out of Ibuanokpe, who has the natural size to excel with the right coaching.