Saracens bite back against Sale Sharks

Saracens put their off-field issues behind them to secure a convincing 36-22 Gallagher Premiership win over Sale Sharks.

Manu Vunipola, on return from England Under-20s duty, scored 13 points for the hosts as kickers dominated play despite the blustery conditions.

Relegated Saracens extended their unbeaten home league record against the Sharks to 13 matches over 15 years, despite having seven players absent because of the Six Nations.

Sharks, who were looking for a third league win on the bounce, instead lost the opportunity to capitalise on fourth-placed Gloucester’s defeat to Exeter last night.

Within 60 seconds of the start at Allianz Park the Sharks lost a lineout and Rhys Carre gathered the loose ball and carried it over for Sarries.

Winds from Storm Dennis could have suggested a tough fixture for kickers, but Rob Du Preez scored a penalty to put the Sharks on the scoreboard after Sarries failed to roll.

Then the hosts capitalised on three penalties awarded to them after a host of errors from Sharks. Two were converted by Vunipola and one by Alex Lozowski.

'To me, Ellis Genge was just doing an interview having a beer as if he was in the changing rooms. To me that him just being himself'
https://t.co/2pBB9dCvIE

Sale got a try back right on half-time. Springbok Dan Du Preez broke through the hosts’ back line, instigating some beautiful passes which ended with the ball in the hands of Byron McGuigan who took it over. 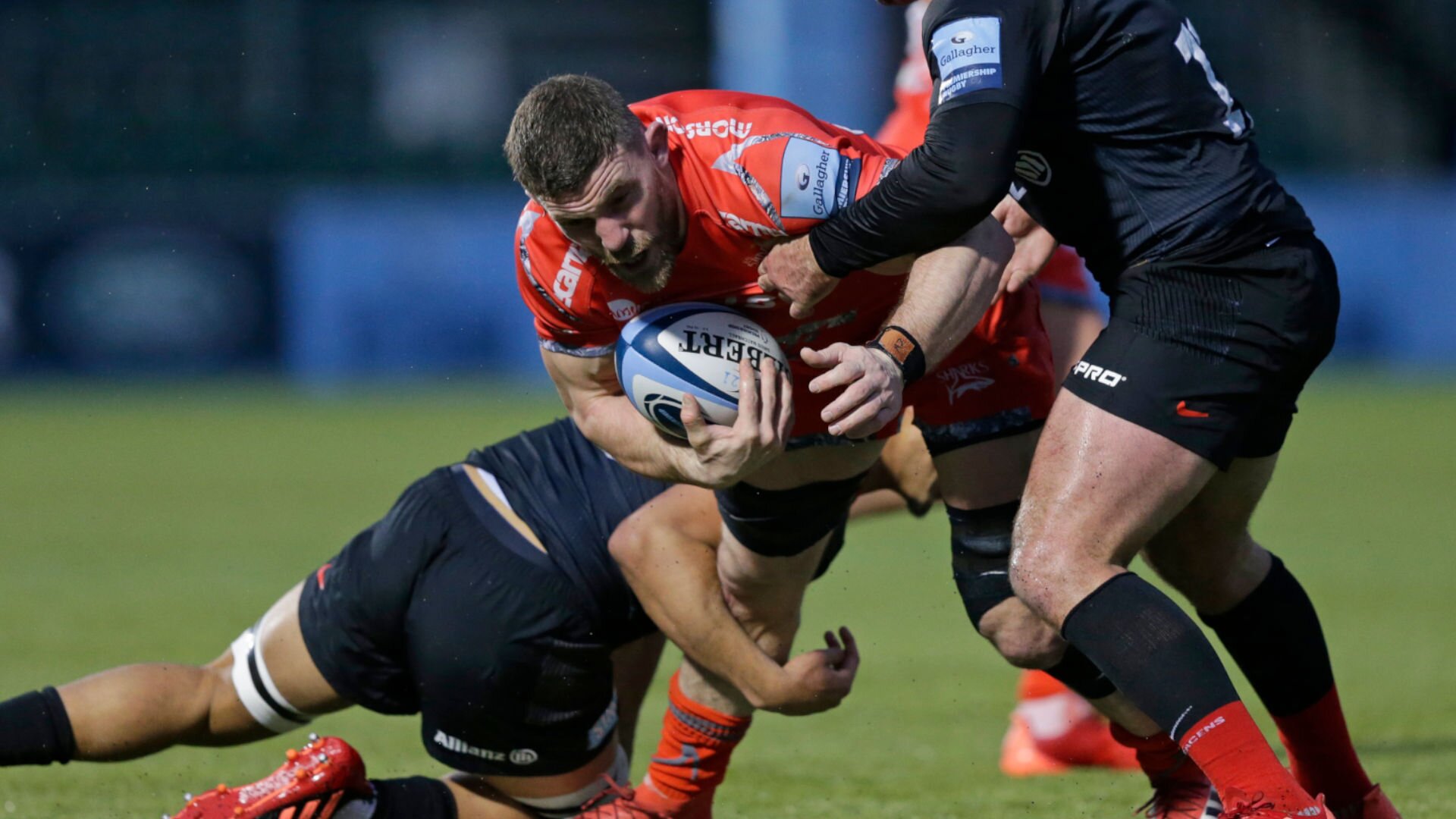 The London side were also the first to add to their tally in the second half, with Rotimi Segun’s try right in the far corner after a period of sustained attacking pressure from Sarries.

After Vunipola’s two-pointer, referee Wayne Barnes awarded Saracens a penalty for dissent from McGuigan. This was kicked from the halfway line for another three points by Vunipola, which put Saracens into a commanding 24-10 lead.

He was sent off last year for the exact same hit against All Black star Brodie Retallick. https://t.co/iPdFGN46W5

Lock Nick Isiekwe scored Saracens’ next try after 55 minutes. Initially not given, Barnes changed his call after reviewing it on the big screen. Vunipola hit his conversion chance against the swaying posts.

After dogged pressure on the line, the hosts finally got it over through substitute Richard Barrington after playing advantage following a penalty call. Vunipola’s fifth successful kick gave Sarries a 26-point cushion going into the last 11 minutes.

Dan Du Preez drove over the line with nine minutes to go and Rob Du Preez got another with a minute left on the clock, but it was not enough to change the outcome.

Saracens made it their seventh win of the season, despite their relegation due to persistent salary cap breaches, denting Sale’s pursuit of a top-four finish.

Saracens bite back against Sale Sharks

Veainu inspires Leicester to win Next