Exeter celebrated the call-up of four of their players to the Lions with a convincing 41-10 Gallagher Premiership comeback victory over Worcester at a blustery Sandy Park.

The bonus-point win took Chiefs back into second place in the table and the only blot on the afternoon was the sight of a forlorn Jack Nowell limping off midway through the second half.

Francois Venter scored Worcester’s only try with Jamie Shillcock adding a penalty and a conversion.

Jonny Gray was a late withdrawal for the hosts with Sean Lonsdale moving up from the bench to replace him.

Worcester, playing with the advantage of a keen wind, took an early lead with a long-range penalty from Shillcock.

Shillcock then played a leading part in the opening try of the game. His speculative up and under caused problems and when Stuart Hogg was caught in possession, Worcester took advantage by moving the ball wide for Venter to dummy his over.

Shillcock converted to give his side a 10-0 lead at the end of the first quarter before Exeter responded with their opening try with their first excursion into the opposition half to begin the fight back.

An ill-judged chip through from Venter was knocked down by Slade, who collected before kicking ahead and winning the 55-metre race to touch down. 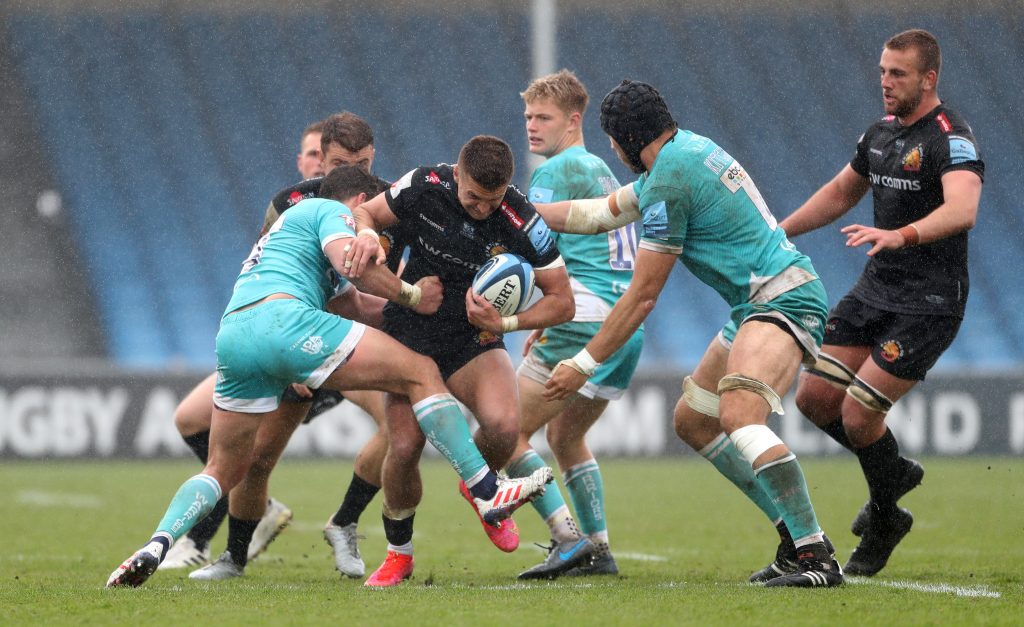 The away side suffered a further blow when they lost experienced prop Nick Schonert to an injury before Exeter also saw a player withdrawn when Luke Cowan-Dickie was forced off for a head injury assessment after being on the wrong end of a fierce tackle from Venter.

In the hooker’s absence the home pack won a penalty which Simmonds knocked over to leave Chiefs trailing 10-8 at the interval.

Cowan-Dickie returned after the break in time to see Exeter take the lead for the first time when Ewers crashed over following a succession of forward drives. 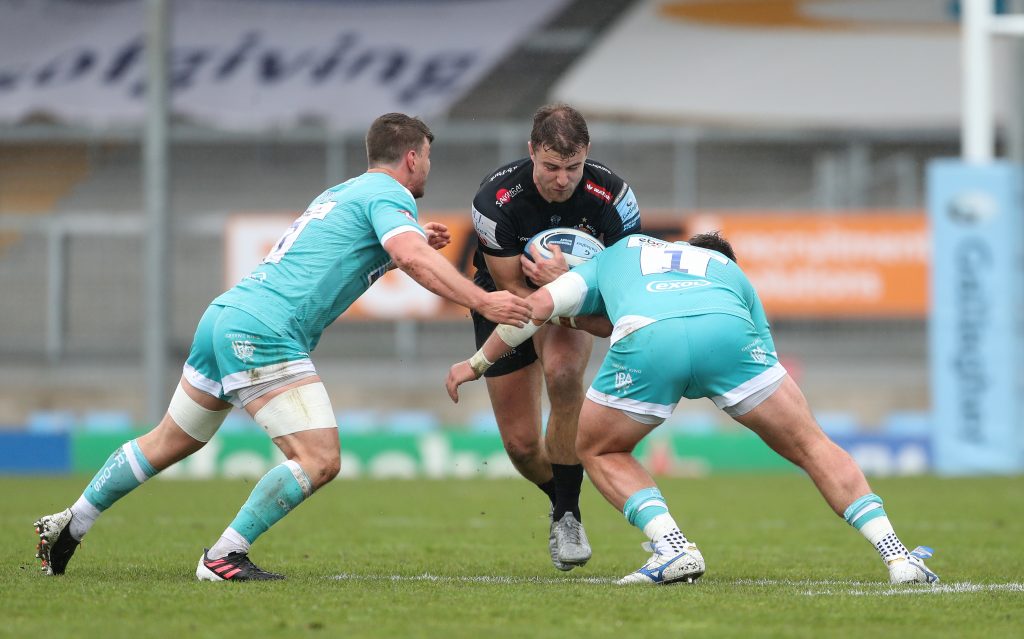 With the elements now in their favour, Exeter were a totally different side and it came as no surprise when Sam Simmonds forced his way over from close range for his 15th try of the season, two short of the Premiership record.

Chiefs then suffered a big blow when the injury-ravaged Nowell limped off before Sam Lewis was shown the yellow card for persistent team infringements.

Exeter took full advantage with Sam Simmonds scoring his second before he was replaced with 15 minutes remaining.

Worcester’s replacement GJ Van Velze was sin binned within three minutes of coming onto the field so Exeter were able to add late tries from Townsend and Vermeulen to emphasize their second-half superiority.