Sale were triumphant in their first Gallagher Premiership game since November as they powered past Wasps 26-18 for a bonus-point success at the AJ Bell Stadium.

Wasps had few answers to the Sharks’ attacking and defensive prowess on the day as the hosts sealed a well-deserved five-pointer.

Sale secured themselves a very welcome fourth win of the league campaign while Lee Blackett’s Wasps appear to be in a spot of bother as this was their seventh loss in their last eight games in all competitions.

It was a glorious afternoon and a decent crowd were on hand to watch what proved to be a terrific start for the visitors.

With less than four minutes on the clock, and after a lineout in the 22, Wasps swiftly recycled the ball across the field and eventually Ali Crossdale fed Josh Bassett, who went over comfortably in the opposite corner.

Fly-half Jimmy Gopperth – in for the suspended Jacob Umaga – missed the extras.

The next 10 minutes belonged to Sale, who got to grips with good possession as their opponents were pegged back.

Alex Sanderson’s men had been initially resisted by some gritty defence on the Wasps line but they caved in eventually when Jean-Luc du Preez dived over from close in and AJ MacGinty kicked the extras. 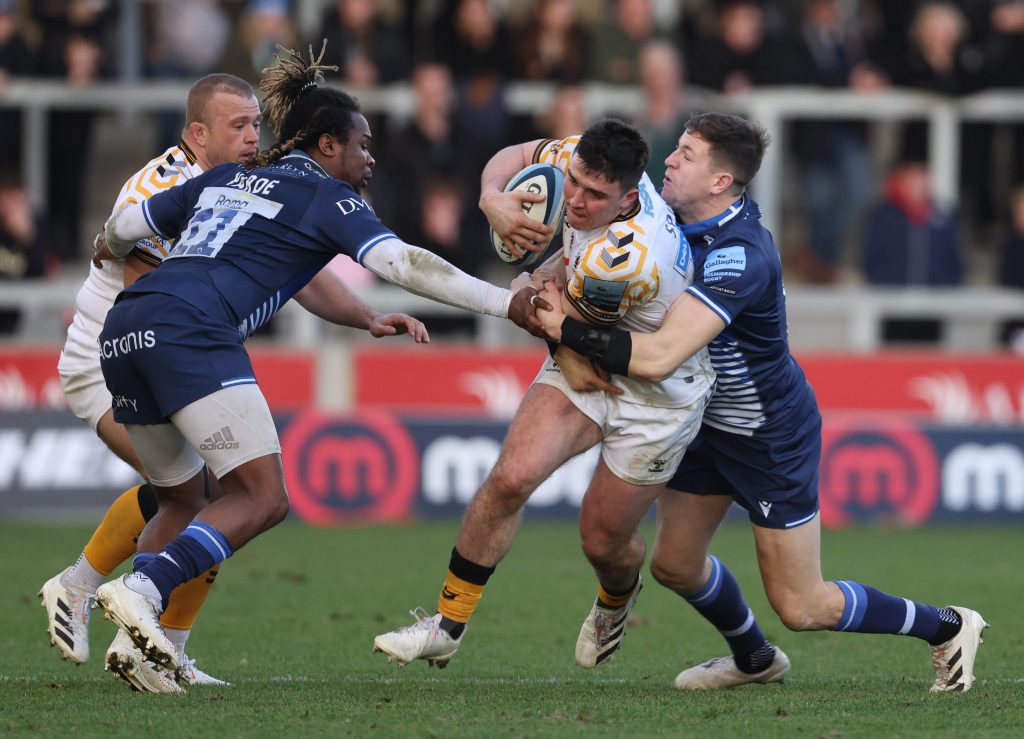 Gopperth’s routine penalty meant Wasps regained the lead at 8-7 but as the quarter-stage in the game approached, the Sharks struck again.

This time the lightning Marland Yarde darted over in the corner, though MacGinty’s conversion attempt was way off target.

The Sharks were now primed to take advantage of more questionable handling from Wasps and they soon stretched their lead. 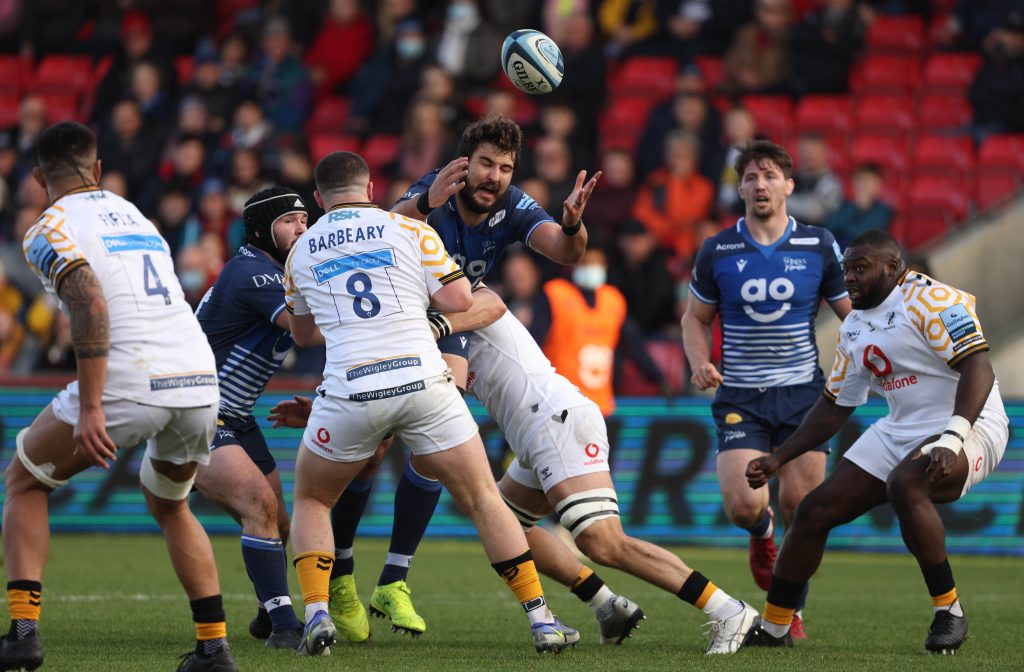 MacGinty’s kick made it 19-8 to the hosts after Rohan Janse van Rensburg dived over following more pressure on the line.

Sale bagged their bonus-point try inside five minutes of the second half – and what a disaster it was for Wasps.

Metres from their own line, Dan Frost’s throw-in from a lineout was pounced upon by Ben Curry, whose touchdown presented an easy conversion attempt for MacGinty.

A Gopperth penalty reduced Wasps’ deficit to 26-11 but earlier damage done appeared to be proving costly as the final 20 minutes approached.

Wasps plugged away and there were signs of a response with a couple of sweeping moves but the Sharks’ rearguard was proving a tough nut to crack, much as they had been in their previous game – the Champions Cup win at Ospreys.

Time and again the Sharks had all the answers as they got their 2022 off to the best possible start.

Byron McGuigan also shone on his 100th appearance for the hosts, although Wasps did at least enjoy the final word with Gopperth’s last-gasp self-converted try.