Saracens’ troubled campaign took another big hit as they were comprehensively dumped out of the Premiership Rugby Cup at the semi-final stage following a 28-7 defeat to impressive Sale Sharks.

Although they escaped Heineken Champions Cup expulsion and were only fined following the result of Friday night’s hearing into prop Titi Lamositele’s possible ineligibility to play in last month’s clash against Racing 92, Saracens’ domestic cup hopes were deservedly extinguished at the AJ Bell Stadium.

Steve Diamond’s side now go on to meet Harlequins in the Premiership Rugby Cup final in mid-March.

Fielding a side featuring nine changes from their defeat to Quins a fortnight earlier, Saracens were put to the sword by Sale in the early stages. 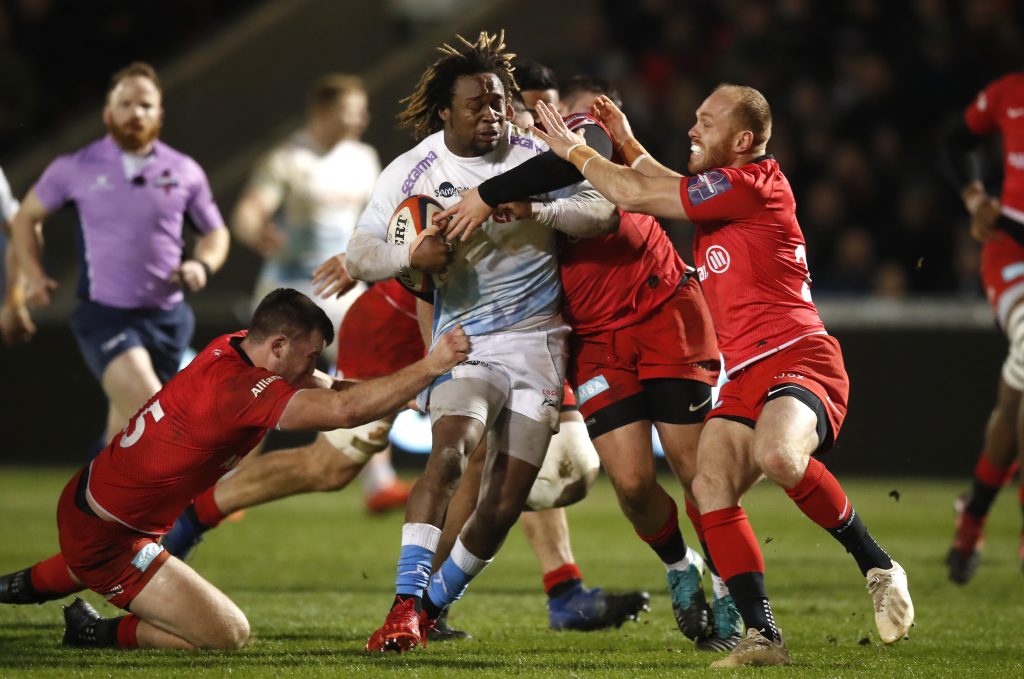 By the midway point of the first period, the Sharks had surged into a 21-0 lead with Denny Solomona, Will Cliff and Ben Curry all crossing for tries.

Solomona got them off the mark barely 90 seconds into the clash when he darted into the corner after taking a smart off-load from Simon Hammersley. 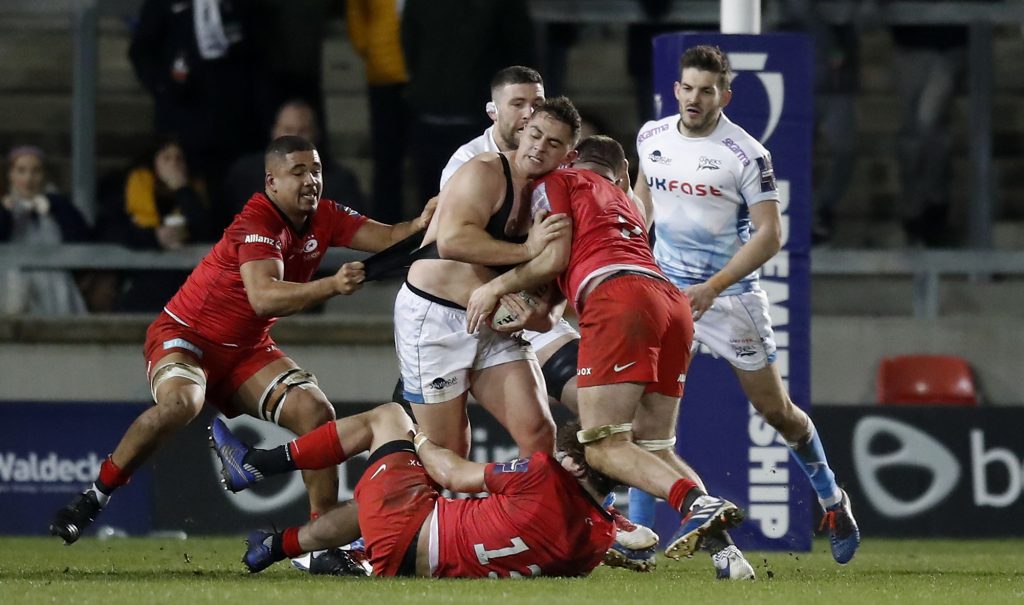 The home faithful were off their seats again when Cliff dived in after meeting Marland Yarde’s precise pass, while Curry also breached a stunned-looking Sarries back-line after grabbing a quick lineout pass.

Rob Du Preez was impeccable with three clean conversions, including the first and third from the touchline.

Ali Crossdale with a super-human effort for @Saracens to deny another Sale try ?

The second quarter of the game saw the visitors at least restore some order, with utility back Alex Goode – back in the starting XV after four months out with a pectoral injury – spotting gaps and going close to making much-needed in-roads.

Sale appeared content to simply defend resolutely in keeping Saracens at bay in the early stages of the second period, only for the away side to finally register when Rotimi Segun pounced on Goode’s hopeful kick before darting under the posts. Skipper Tom Whiteley added the extras. 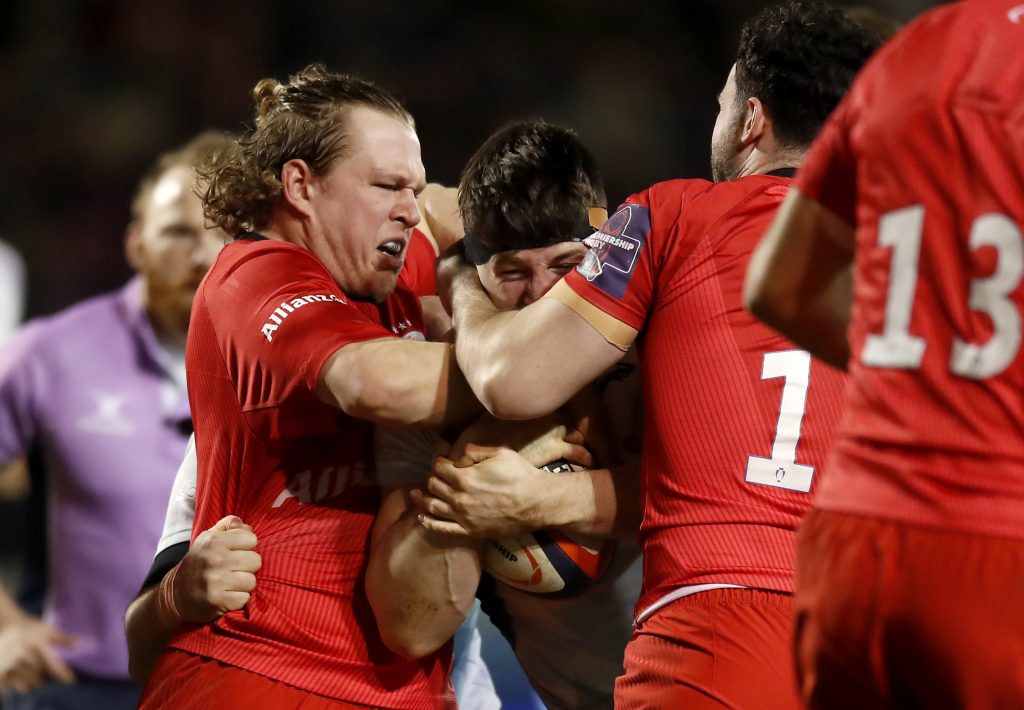 However, Sale swiftly responded by adding another converted score, this time as Akker Van Der Merwe dived over from close range with Du Preez slotting the extras.

Late yellow cards for Goode and Alex Day completed a miserable night for Sarries as they failed to reach the final, having lost in the showpiece to Northampton Saints 12 months ago.