Quade Cooper has finally broken his silence on his exile from the Queensland Reds at the hands of Brad Thorn.

The Wallaby flyhalf was famously deemed surplus to requirements by Thorn at the start of the 2018 Super Rugby season, but Cooper had resisted having a pop at the former All Black secondrow.

Up until now that is.

Today he posted on instagram with an image of himself handing off Thorn, the message below reading: “Sometimes you are forced out of the place you love but thank god there’s more than one place that loves me.”

Sometimes you are forced out of the place you love but thank god there’s more than one place that loves me ??

The post comes with the expectation that the Melbourne Rebels are to unveil Cooper as a new signing, with it being widely rumoured that Rugby Australia rubber stamped his move south today.

In February Thorn publicly spoke to reporters for the first time about his decision to drop Cooper. 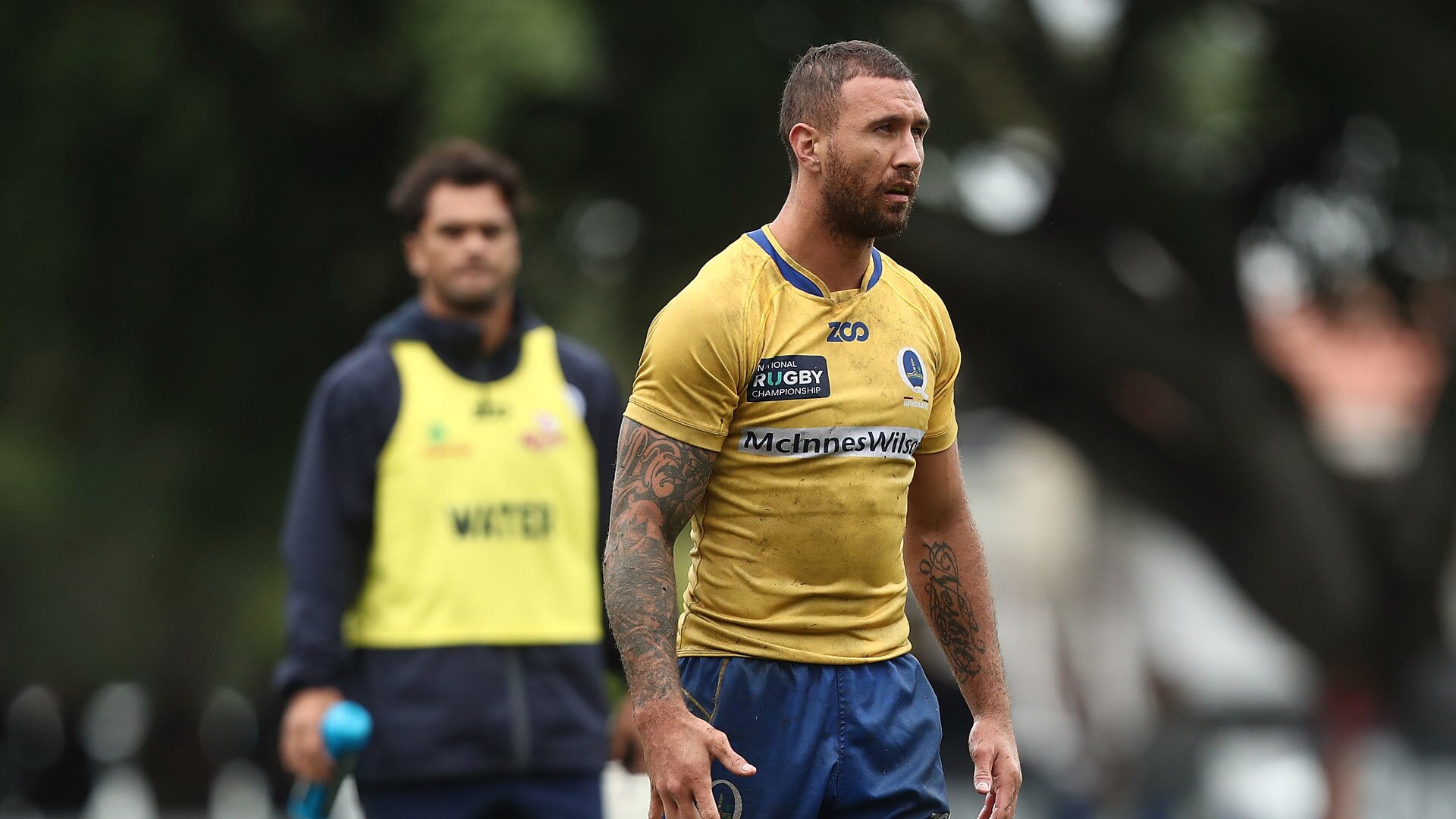 Quade Cooper during the round seven NRC match between Brisbane City and Canberra Vikings at Easts Rugby Club on October 14, 2018 in Brisbane, Australia. (Getty Images)

“I’m in this role — sometimes you’ve got to make tough decisions.”

“I played against him as a Crusader, as an All Black. He’s played over 100 games for this club — he’s had success here,” he said.

He still has another year to run on his Reds contract – a reported $800,000 per season one at that. His dropping effectively made him the most expensive domestic club player in Australian Rugby Union.

Toulouse on a resurgent path Next