Northampton climb up to fourth in Premiership with London Irish win

Alex Mitchell and Ollie Sleightholme both scored two tries as Northampton moved up to fourth in the Gallagher Premiership table after beating London Irish 44-26 in a highly entertaining clash at Franklin’s Gardens.

Some of the defence on show was questionable but both sides contributed fully to the excitement in a game which contained 10 tries.

Beale guests on The Offload:

Beale guests on The Offload:

London Irish flanker Blair Cowan led out his side on his 150th appearance for the club and the visitors made an impressive start to take a ninth-minute lead.

Australian scrum-half Phipps took advantage of some poor defence from Saints as he brushed aside three would-be tacklers to score an excellent try.

Within three minutes, Northampton were level when Biggar burst through a gap to provide Dingwall with a simple run-in for the centre to celebrate his 50th appearance for the club. 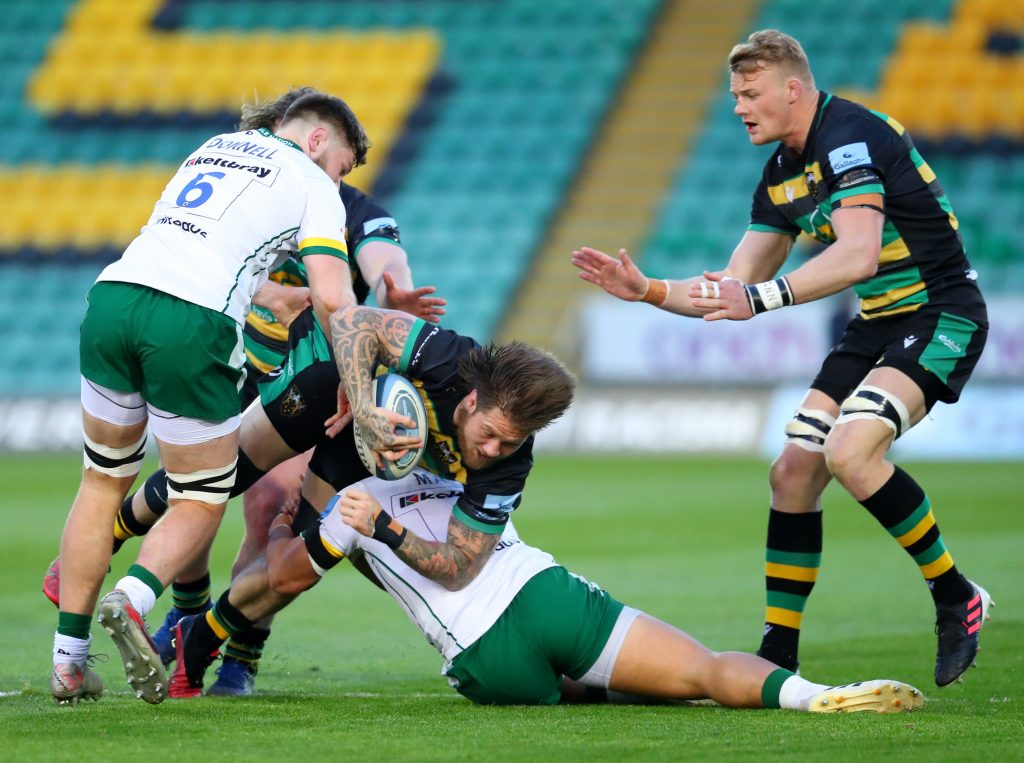 Biggar converted before adding a penalty to give his side a 10-7 lead at the end of the first quarter.

However, Irish regained the lead with a well-constructed try. From a line-out inside the opposition 22, a pre-planned move saw the dangerous Hassell-Collins shrug off a tackle from Francis to go in under the posts.

Play continued in a free-flowing fashion and it came as no surprise that Saints turned down a straightforward kick at goal and they were rewarded when scrum-half Mitchell forced his way over for his fourth try in his last four appearances. 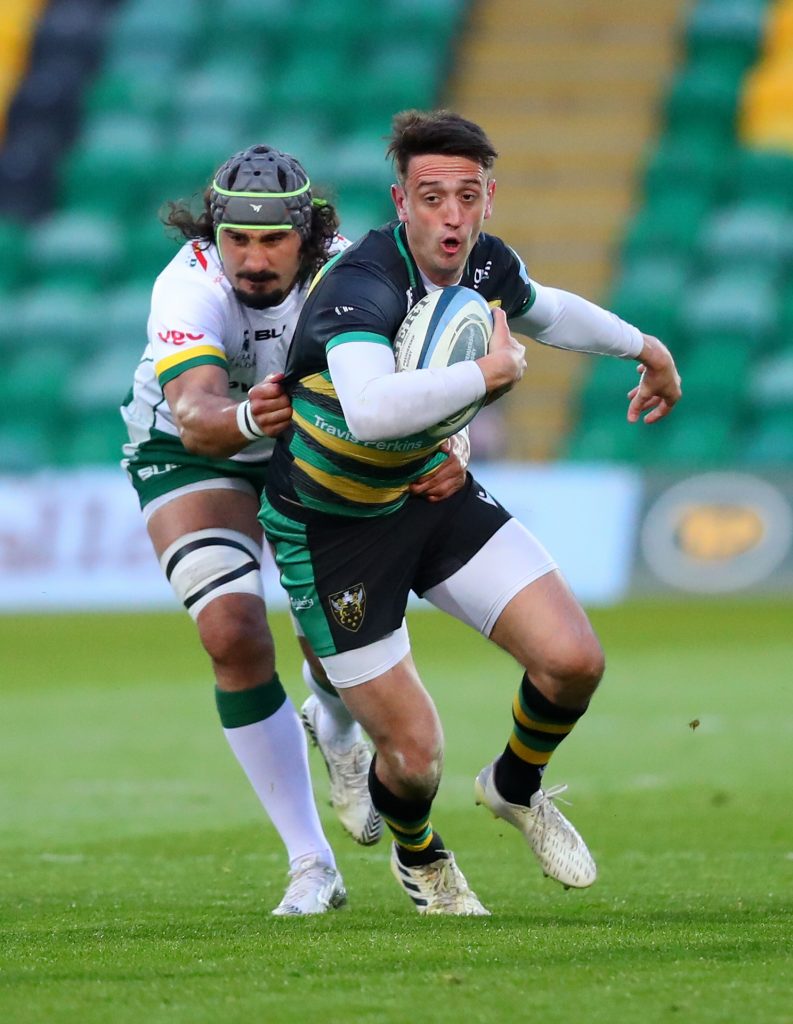 Irish then suffered two further blows in quick succession. First Loader was yellow carded for taking out Nick Isiekwe in the air before Mitchell scored a brilliant try for Northampton when he burst away from a scrum 35 metres from the line to outpace the defence and go over.

In Loader’s absence, Jackson missed a penalty before Biggar kicked his second penalty to give Saints a 25-14 interval lead.

Four minutes after the restart, Irish roared back into contention. Another missed tackle from Francis saw James Stokes charge through the defence before their Fijian number eight Tuisue was on hand to force his way over.

Northampton responded with their bonus-point try when Biggar rewarded a period of pressure by sending Sleightholme over for his eighth try in nine appearances.

Biggar was soon back at the forefront of the action by popping up to provide another scoring pass, this time to Francis and the game was up for Irish.

The next try went the way of Sleightholme, who won the race to touch down after a pin-point kick from Rory Hutchinson, but Irish got a deserved reward of a bonus point when Loader escaped away for their fourth try.