London Irish completed a remarkable comeback by collecting a penalty try from a collapsed line-out drive with the last play of the game to leave Wasps shell-shocked in a 42-42 draw.

Wasps looked to have kept their slim hopes of an end-of-season play-off spot alive when they led 39-14 but they will surely rue their decision to take off a few leading players when they were in total control of the match.

However, Wasps took their unbeaten run to seven and still Irish have not beaten Wasps at home for the past nine years but those facts will be of scant consolation to Wasps.

Two poor kicks from Atkinson and a mistake from Dan Robson gifted Irish an early platform but the visitors’ defence held firm against continuous pressure. 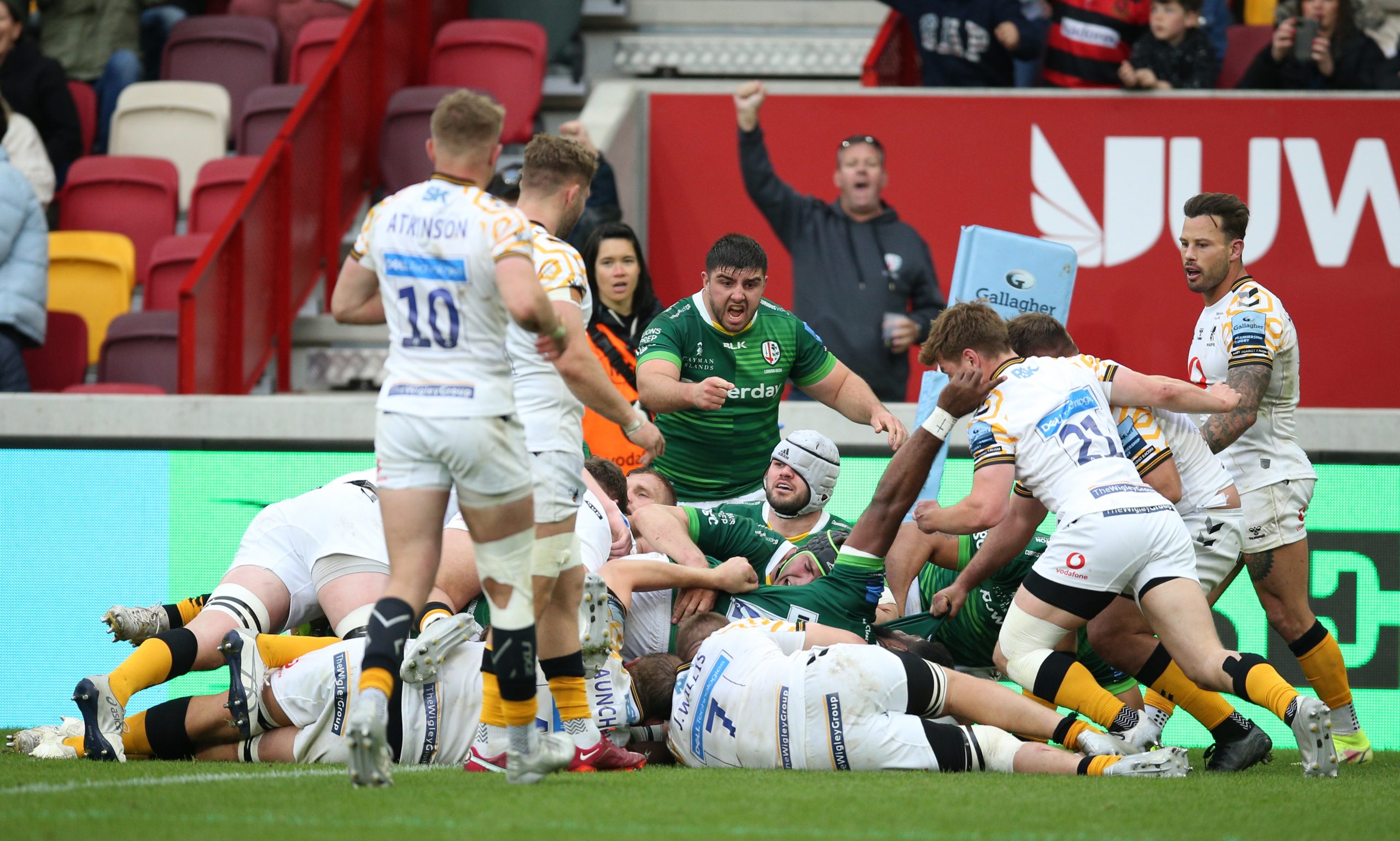 For 15 minutes, Wasps struggled to get a foothold in the match but from their first attack they opened the scoring.

They won a penalty on half-way and from the resulting line-out, Willis finished off an impressive forward drive.

Wasps’ lead lasted only three minutes as Irish produced a free-flowing move to score their opener. A deft off-load from Pearson saw Bernhard Van Rensburg make a strong burst down the right flank before the centre provided Rowe with the scoring pass.

After 26 minutes Irish took the lead when Hassell-Collins collected a superbly-judged cross-field kick from Van Rensburg to send Parton over.

The topsy-turvy nature of the game continued when the dominant Wasps scrum exerted pressure to create the opening for Robson’s excellent long pass to give Hougaard a walk-in.

Irish continued to struggle in the tight against a formidable Wasps pack and from another line-out drive, Robson was again alert by darting to the blindside for Atkinson to cross.

Gopperth converted and added a penalty so Wasps held a 24-14 lead at the end of a frenetic first half.

The first score of the second half was crucial and it went the way of Wasps as they went through numerous phases before Malakai Fekitoa sent Hougaard in for his second.

'To have an owl follow you around, I feel that would be quality'

Ollie Hassell-Collins can't disagree with the description of him that London Irish boss Declan Kidney delivered to RugbyPass in January when he was on the cusp of his maiden Guinness Six Nations squad call-up.

A sharp break from Fekitoa saw Robson dragged down narrowly short of the try-line but Wasps extended their lead to 18 points with a second penalty from Gopperth.

The situation got worse for Irish when Josh Bassett blasted through a huge hole in their defence for Kibirige to score their fifth before the home side staged their rally.

With 12 minutes remaining they still trailed by 25 points but converted tries from Pearson, Arundell and Hassell-Collins put them within striking distance.

A penalty from Umaga calmed Wasps’ nerved but referee, Craig Maxwell-Keys, awarded a penalty try after viewing the TMO, with Joe Launchbury picking up a yellow card for the collapse.