'Joe took a good whack on the AC joint... these things can turn around very quickly or take a while'

Youngs out for the season Next
Back
Gallagher Premiership

'Joe took a good whack on the AC joint... these things can turn around very quickly or take a while'

Bath have eased concerns over Joe Cokanasiga’s fitness after the England wing was forced off at half-time of their 26-19 Gallagher Premiership victory over Bristol.

Cokanasiga hurt his shoulder in the act of scoring the third of his team’s four tries and, although he initially played on, he was in obvious pain, with an interval medical check ending his afternoon at Twickenham.

The bulldozing Fijian-born three-quarter is on course to be a member of Eddie Jones’ World Cup squad after starring against Italy in the recent Six Nations.

“Joe took a good whack on the AC joint. It’s just very sore, that’s all,” director of rugby Todd Blackadder said. “These things can turn around very quickly or they can take a while. You could see he was a bit ginger out there. Hopefully it’s not too bad. We’ll hit it with some ice and he’ll be fine.”

Jonathan Joseph was the star as Bath made a storming start in front of a 60,152 crowd at Twickenham, but a dreadful penalty count that read 8-0 against helped Bristol back into the game.

? | Todd Blackadder, "It was a massive day with over 60,000 supporters here. After all the work that has gone into it, we wanted to back it up with a really good performance. To get five points here today, we have got to be really pleased with that." ????? pic.twitter.com/NPjEGMSAJW

“It was a significant step forward and I couldn’t be happier. I thought the club put on amazing occasion and it was just really nice to back that up with a good performance,” Blackadder said.

“We put Bristol under early pressure and got points off the back of that. I was really pleased with that. We have massive issues with our indiscipline. We basically gave Bristol 12 points and we talked about it at half-time. It’s not good enough.

“On the performance side we can be better. We missed opportunities and overplayed a bit. We didn’t really fire enough shots, but we’re pleased with the result. That’s a massive five points for us but there’s certainly more in us.” 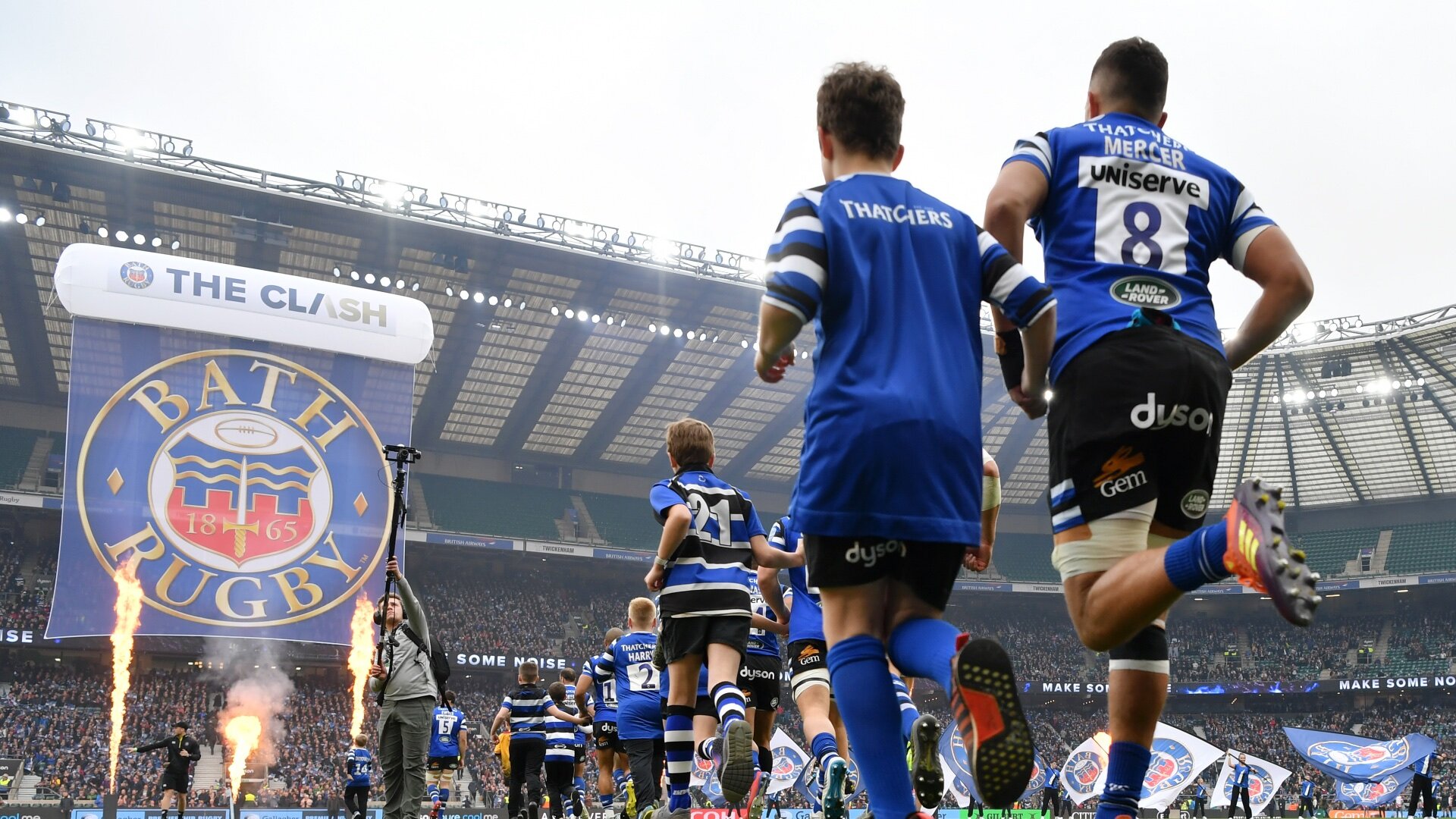 Bristol head coach Pat Lam took heart from the Bears’ fightback following an early onslaught from Bath that threatened to turn the fixture into a rout.

“I’m disappointed but also proud of the boys – at 19-3 down they could have gone, but they showed a lot of character to come back and get a bonus point,” Lam said.

“Half of our team had never played at Twickenham before, but this experience will help the players grow. We’re committed in what we’re trying to do and to bringing young English players through.

Jamie Roberts latches on to a perfect grubber, a brilliant start for Bath at Twickenham! pic.twitter.com/1Yga6gwfap

“We’re 50 per cent English in the team and there are 70 per cent of young English players coming through. We’ll continue to invest in them.

“Getting the bonus point was crucial, but nothing replaces the experience of playing in front of 60,000 at Twickenham. A lot of the guys are buzzing.”

Lam revealed that Australian wing Luke Morahan could miss the rest of the season because of the shoulder injury sustained in the second-half at Twickenham.

Feeding frenzy If Super Rugby Aotearoa is a 100m race, then the trans-Tasman edition is a frenetic sprint to the finish. Patrick McKendry Decision time A mid-season off-shore signing has hampered the final weeks of many a player's New Zealand career. Gregor Paul Forecast cloudy It's been a week of typically mixed fortunes for the Hurricanes - and they're yet to even take the field. Jamie Wall Chalk and cheese It's been over a year since NZ and Australian Super Rugby sides clashed. What should we expect on Friday? Ben Wylie One giant leap Justin Marshall picks out his biggest movers and shakers from Super Rugby Aotearoa. Justin Marshall