The Top League has been in ascendancy over the last few years, attracting star names away from Super Rugby with financial leverage that some southern hemisphere sides can only dream of.

As a result, the quality of the league has been rising and it is beginning to knock loudly on the door of the world’s elite club competitions.

We take a look at some of the star players plying their trade in Japan and why the Top League shouldn’t be considered a second-tier competition anymore.

These two Australian veterans have now made their mark in Super Rugby, Europe and Japan, as they help spearhead their side’s perfect campaign to date, having won all seven of their games so far this season. Smith is actually in his second stint with the club, having previously represented them between 2011 and 2014, before spells at Lyon and Wasps.

The Tokyo-based side aren’t just going after experienced players, either, with young Reds centre Campbell Magnay also on their roster.

After two seasons in France with Bordeaux-Bègles, Ashley-Cooper made the move to Kobe this past offseason. The versatile back adds to the ever-growing contingent of Australian players plying their trade in Japan, not to mention topping up their post-rugby retirement funds.

Two wily old back rowers, Smith and Palu bring over 120 combined international caps of experience to Toyota, where they play under the tutelage of Rugby World Cup-winning coach Jake White. Palu arrived on the back of 11 years with the Waratahs, whilst Smith spent the majority of his four previous years dominating European rugby with Toulon.

Like Suntory, Toyota have also targeted talented youngsters, with South Africa’s Jason Jenkins a valuable tool in their engine room.

The Springboks’ current fly-half and a talismanic Japanese international that has lit up both the Premiership and Super Rugby in recent seasons. Both players have Super Rugby contracts and will be returning to South Africa and Australia respectively in the new year, but they are valuable contributors, even without much of an offseason. 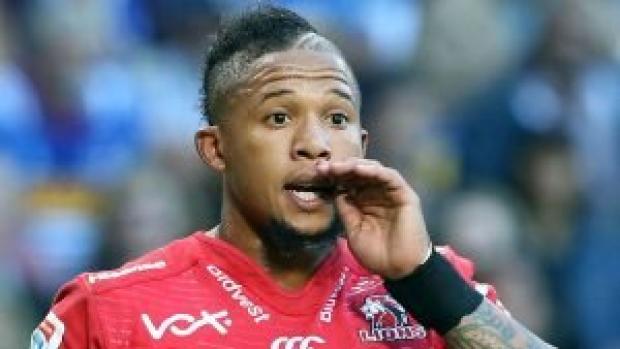 Jantjies’ talents aren’t always appreciated in South Africa, but they are in Japan

Where other teams have recruited heavily from Australia and South Africa, Toshiba, based in Tokyo, have gone all-in on Kiwis. Messam, Kahui and Jane are all Rugby World Cup winners and still have plenty to offer, especially as they are now out of the All Blacks’ frame.

Leitch, like Mafi, is another talismanic figure for the Japanese national team and alongside Messam gives Toshiba one of the most prolific back rows in the competition.

Kriel and Mapoe might not be household names in the international arena right now, but anyone who has watched the last few Super Rugby seasons knows that they are game-winners. The weakness of the Rand and the lack of money in the South African game has certainly been to the benefit of Kubota.

An all-back Springbok back row such as this one is not to be sniffed at in any competition.

Brüssow, who has been with the club for four years now, is leaving in January to join Northampton Saints in the Premiership, but he has been one of the premiere fetchers in world rugby during his time in Osaka, whilst Whiteley has risen to the pinnacle of the Springboks, captaining his national side earlier this year.

No one needs to be told about the abilities of Pocock, who is widely regarded as the best openside flanker in the game when fit, whilst Ioane has shown great form in Japan, following two years in Paris with Stade Français.

As for Barnes, he’s spent the last four years with Panasonic, after spells with the Reds and Waratahs, and at 31 years of age, still has plenty to offer in the Top League.

Horie is another influential Japanese player and starring member of the Sunwolves in Super Rugby.

Parling showed last season with Exeter that he still has what it takes at the highest level, whilst Potgieter has been one of the more underrated back rowers in Super Rugby over the last three seasons.

Taylor was once a standout full-back for the Hurricanes and the New Zealand U20 side, but has been spent the last four years bringing his counter-attacking wizardry to the Kinetsu Liners. Young South African centre André Esterhuizen is also on the books in Munakata.