Mike Brown may have played his last game for Harlequins after he was sent off for stamping in a remarkable 48-46 Gallagher Premiership victory over Wasps that was only decided in the last play of the game.

England’s most-capped full-back was shown a red card four minutes into the second-half after stepping backwards and standing on the head of Tommy Taylor, who was holding him at a ruck.

Referee Wayne Barnes reviewed the incident on the big screen at Twickenham Stoop and gave Brown his marching orders. Earlier in the game he was sent to the sin-bin for a deliberate knock-on.

Any stamp involving the head carries a minimum six-week ban, pointing to the likely end of his Harlequins career given he joins Newcastle next season.

Just four rounds of the Premiership remain and his only hope is for his team to reach the play-offs or for the disciplinary hearing to show leniency by reducing his suspension.

Red for Mike Brown and that could be the end of his Quins career. pic.twitter.com/i9UnPY1V9o

It is a savage blow for a player who made his Quins debut 16 years ago and until his moment of madness had contributed fully to a rollercoaster game that saw England fringe players Marcus Smith, Joe Marchant, Dan Robson and Paolo Odogwu shine in front of Eddie Jones.

The home side rallied manfully after the loss of Brown and against all odds engineered the critical try when man of the match Smith sprinted over just as the clock passed 80 minutes, before adding the conversion himself. 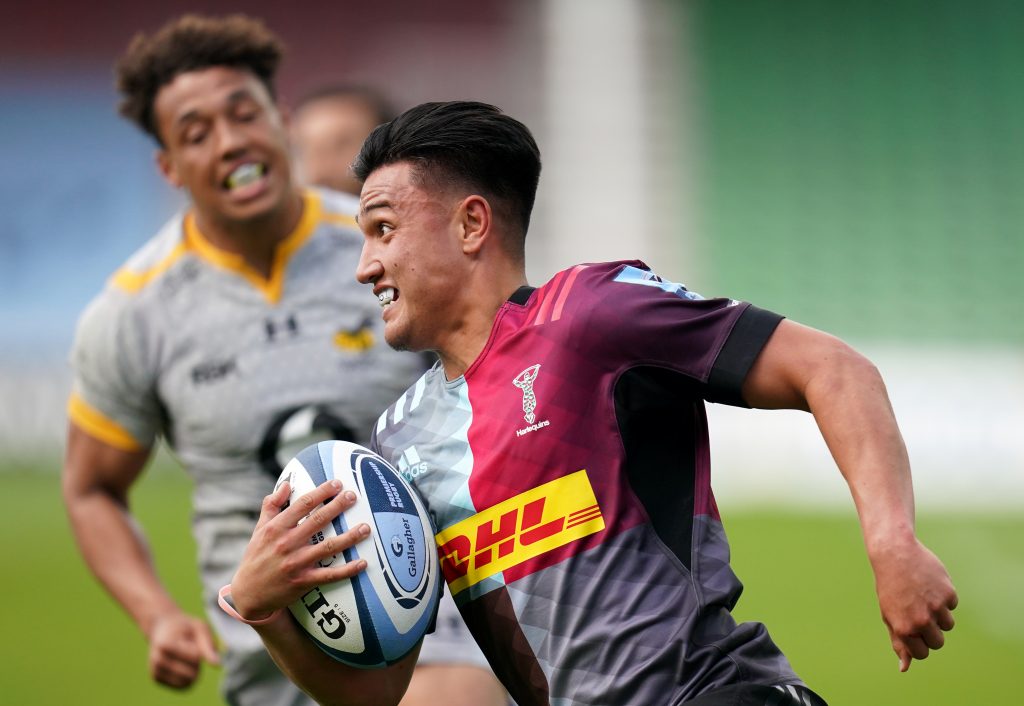 Even the loss of tighthead prop Kieran Brookes in the fourth minute to what appeared to be a significant injury failed to dent Wasps’ early exuberance as they imposed themselves with a series of determined carries.

But against the run of play Quins showed their ruthless streak to cross in the 12th minute, Smith chipping the ball to the right touchline where Marchant gathered before winning a sprint for the line. 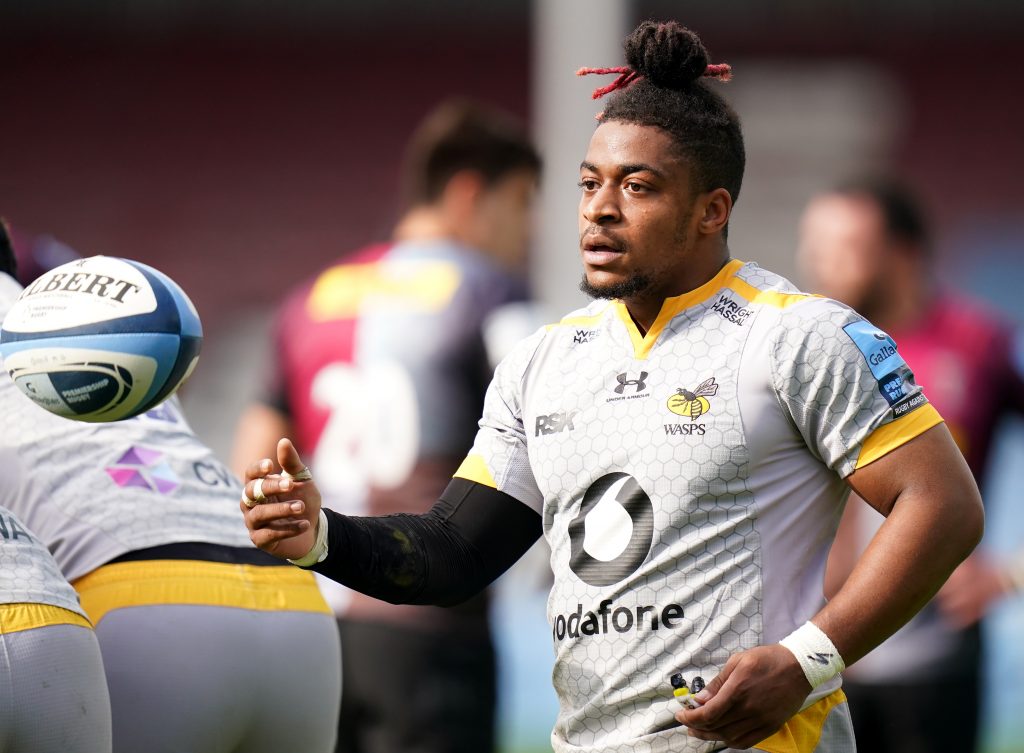 Wasps were straight back on the offensive and exploited a defensive lapse by Danny Care beautifully when Robson drew his opposite number to send Josh Bassett over.

Robson was at the heart of a dangerous Wasps break and when Quins try to escape the stranglehold they were turned over in their own 22, allowing Tom Willis to send Odogwu through a gap and across the whitewash.

Brown was sin-binned to compound the home misery, yet it failed to dent their confidence and they were the next over as the rollercoaster first half continued.

Repeated carries stretched the visiting defence and once more it was Smith who pulled the trigger, firing a rapid pass to James Lang who completed a simple run-in. 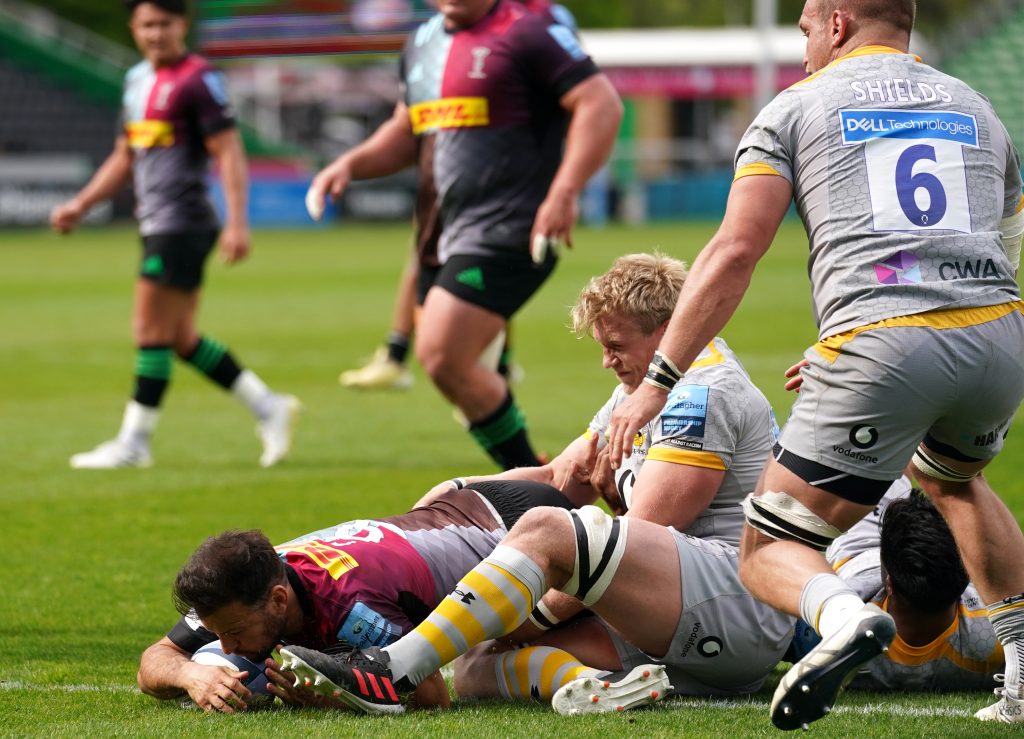 A powerful Odogwu break that continued with Robson racing crossfield laid the platform for Wasps to score their third try with the scrum-half showing strength to force his way over.

The sixth try of the first half arrived shortly before it ended, Brown, Smith and Marchant combining brilliantly for Smith to touch down and when the England prospect then kicked a penalty, Quins led 24-22.

Brown was sent off, forcing the double blow of Luke Northmore’s try also being chalked off, and almost immediately Wasps plundered the bonus point when Malakai Fekitoa barrelled over.

When Thomas Young then scored in a similar position, the balance shifted heavily towards last season’s runners-up – only for Care to keep Quins’ hopes alive.

Remarkably given they were a player down, the 2012 champions regained the lead through an Alex Dombrandt try that was converted from the touchline by Smith.

Robson’s pinpoint grubber from a scrum enabled Bassett to score his second and with Jacob Umaga adding the conversion and a penalty, it appeared to be over.

But the final six minutes were the Smith show as the England prospect kicked a penalty, scored a try and then converted to break Wasps’ hearts.