'Owen asked us the question - how are you guys feeling? And we wanted to take them on'

Ferreira: A brutal journeyman's tale Next
Back
Autumn Nations Cup

'Owen asked us the question - how are you guys feeling? And we wanted to take them on'

Hat-trick hero Jamie George admitted he was embarrassed to become the first England hooker to grab three test tries when he was repeatedly helped over the try line by the rest of the pack in the 40-0 win over Georgia.

George became the third starting hooker in test rugby to score hat-trick and was at the heart of an England forward effort that totally blunted the game Georgian power at a rain-soaked Twickenham.

The Saracens hooker said: “I don’t really know how to put it into words really. It is quite embarrassing. I just happened to be on the end of maul tries. I am getting a bit of stick but I am happy that we did what we did.

Hamish Watson on his Lions chances:

“We heightened the set-piece challenge this week and I thought the way that we went about it at both scrum and maul was excellent so for us to be able to reap the rewards of the hard work we put in the week is great.

“It wasn’t pre-planned but there was a feeling in the game. Owen gives us licence and asked us the question – how are you guys feeling? And we wanted to take them on. Obviously there have been a couple of previous encounters on the training field and this was round three so we were very pumped up for that.

“The first few scrums went really well. I thought Will Stuart was excellent on his first start for England. The way he went about his business – Ellis Genge as well – we tried to set the tone today. We tried to set the intensity of the game and I think we did that. First and foremost we scrummed them well but then we were able to back it up with an intensity and a tempo that I don’t think they could handle.”

England and Georgia came to blows in previous training run outs against each other and George admitted there was a point to prove. “If you were in the front row, you always remember them so that was certainly there in the back of the mind.

“The way that we train we feel we are up there with one of the fittest teams around and we are able to scrum and at the same time we put a lot pressure on the front five to outwork opposition and we need to be in the position to do that.

“If you look back at the game and the tempo that we played our attacking line-out at, I thought they were scrambling to get back and look pretty tired at that point and that is where we managed to raise the intensity of it and catch them off guard, caught good line-out ball and mauled them pretty well too.” 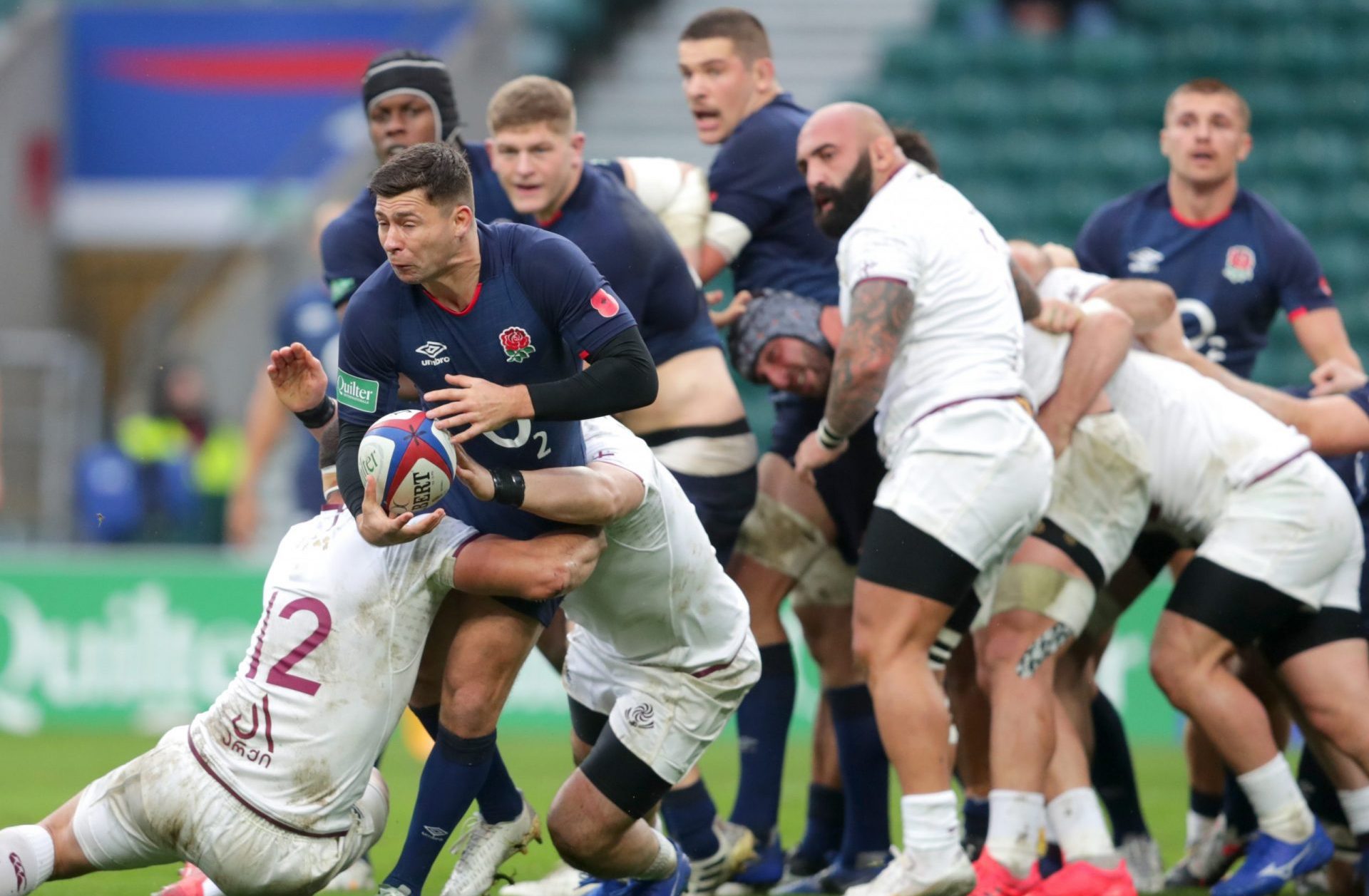 “The conditions were really tough. I thought we left 20 points out there. I think there was an element of execution in the final third. It is getting more and more difficult when you attack in the 22 so finding ways to do that was always going to be tough, especially in the conditions.

“But another step in the right direction and we will keep working on it going into Ireland next week. It was a big pat on the back for our forward pack but we probably didn’t put our stamp on the game with regards to our attack but conditions didn’t really allow us to do so.

“It was always going to be a tough one for us but at the same time, to keep a team like Georgia down to nil and put in the professional-like performance that we did, was really pleasing but I think we are going to move on pretty quickly to Ireland and make sure our focus is on that as they have been pretty impressive since the restart.”