England have everything to lose Next
Back

Bristol replacement Sam Bedlow kicked a long-range penalty right at the death to snatch a dramatic 18-17 victory and deprive Northampton of a shock win at Ashton Gate.

Beleaguered Saints had lost 14 of their last 16 matches and had been beaten 47-10 on their previous visit to Bristol in September, but they took advantage of a disjointed effort from a depleted Bears to take the game to the wire.

David Ribbans and Piers Francis scored early tries for Northampton with James Grayson converting both and adding a second-half penalty.

Henry Purdy and Piers O’Conor went over for Bristol. Bedlow converted one and he, along with Tiff Eden, slotted over penalties – including the final kick of the match which earned the hosts victory .

Bristol should have taken a first-minute lead after the visitors had bungled Bears’ kick-off.

Eden, a last-minute call-up at fly-half, made a neat break but after the ball was recycled, scrum-half Andy Uren elected to go it alone and was swallowed up when a simple pass would have resulted in a try.

Saints soon made their opponents pay when after strong runs from Tom Wood and Api Ratuniyarawa, Ribbans brushed aside two tacklers to run 30 metres and score an excellent individual try.

Six minutes later, Northampton stunned the hosts by scoring a second when a clever kick ahead from Grayson was collected by Francis, who dashed in ahead of two indecisive covering defenders to score.

Bristol responded with a brilliantly executed three-quarter move which ended with Purdy evading Matt Proctor’s tackle to score to leave his side trailing 14-5 at the end of a thrilling first quarter. 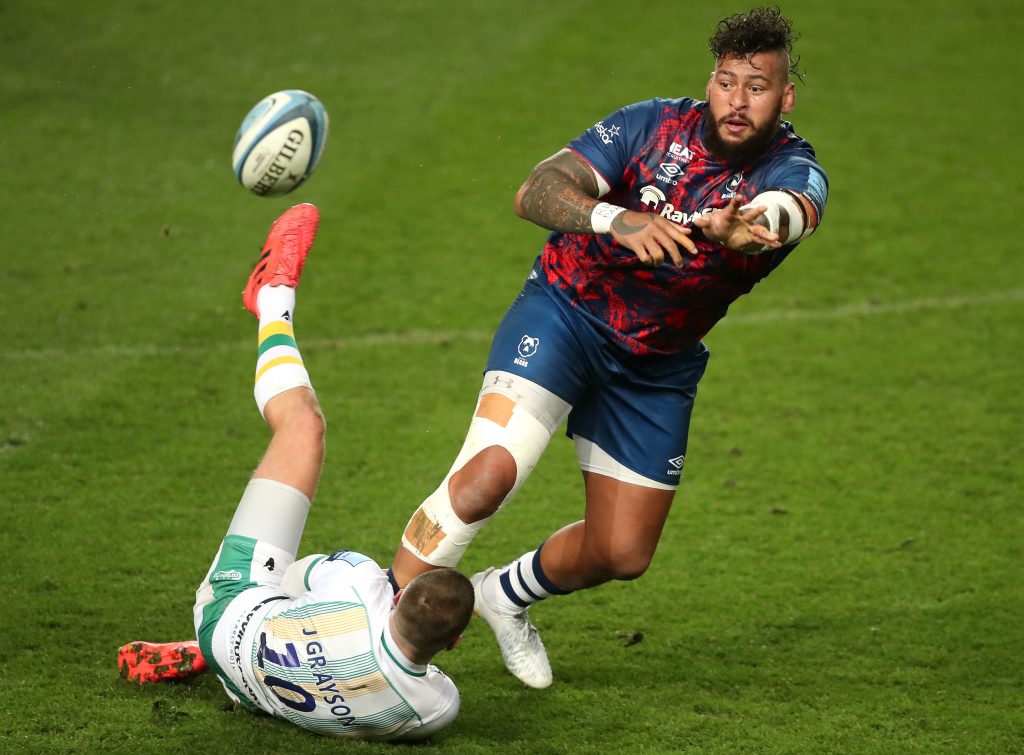 Bears then opted to take a kickable penalty in favour of an attacking line-out and it looked to have paid dividends when Alapati Leiua crossed after Niyi Adeolokun and Nathan Hughes had been narrowly denied.

However, TMO replays showed Uren had knocked on much earlier in proceedings and the try was chalked off.

Within four minutes of the restart, Saints lost Francis and Reece Marshall to failed head assessments and Bristol took advantage of the disruption to reduce the arrears with a simple penalty from Eden. 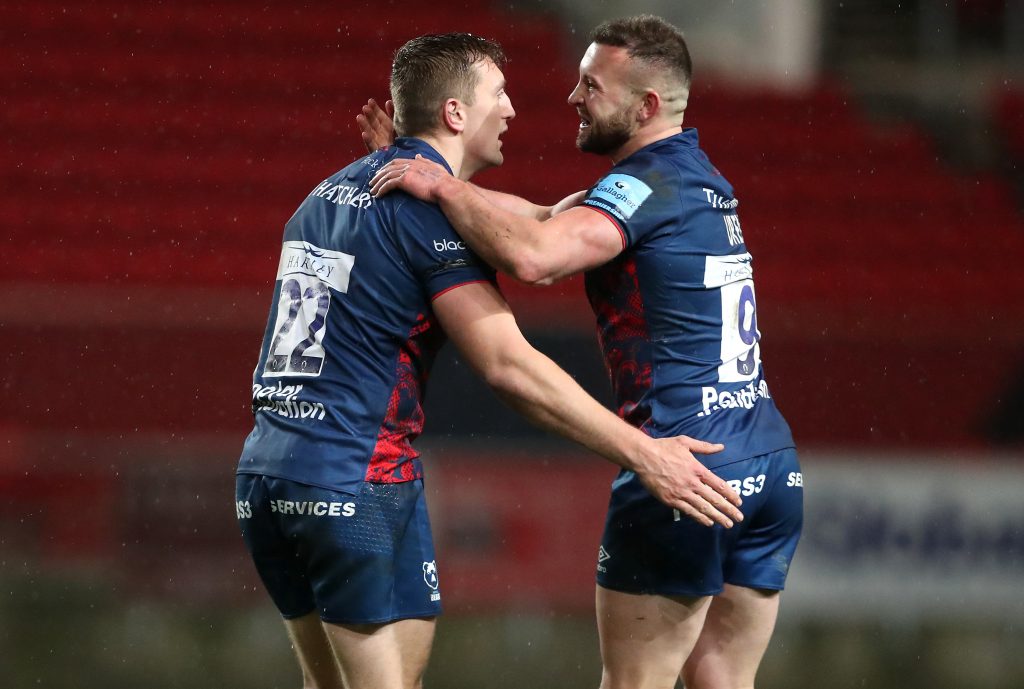 Bears’ pack were becoming increasingly dominant but Eden missed with two penalties so Northampton still had a six-point lead going into the final quarter.

The home side replaced their half-backs with Harry Randall and Bedlow entering the fray in an attempt to reverse their fortunes, but Saints picked up the next score when Grayson kicked a penalty to give his side some breathing space. 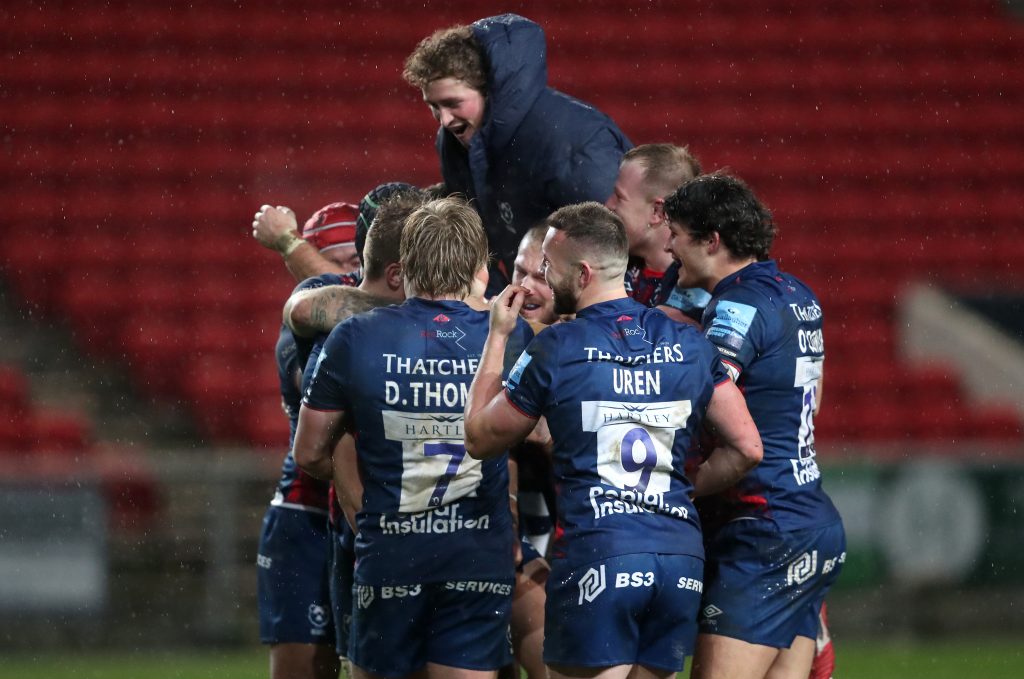 Seven minutes from time, though, O’Conor won the race to touchdown a clever chip ahead from Randall to earn Bristol a lifeline.

Bedlow converted and then, with time up, he knocked over a 45 metre penalty to break Saints hearts.